Welcome to DezertRangers
Join the community. Register today for all the benefits of membership.
Register
T

NOCONTROL said:
They bolt up to the 4 bolts on the housing end. As long as you have the large / Torino size bearing end.
Click to expand...

I’ll have to look at my axle order and check but if I remeber correct it is the large bearing end.

Think I got my rear brake issue sorted out.

Made 3 trips to the junkyard. First trip I had a mental lapse and forgot how to remove the axles from a c clip rear end. Not sure why I thought I could just unbolt the flange. So I didn’t have the right tools.

Fail two I came back in attempts to just cut the axle off and harvest the plates I needed. Also a fail. Axle can not be cut with a sawzall.

Finally got the plates on attempt 3.

Got back to the shop and attempted install. Took alotttt of massaging to get them to work but I think it’s good now. The caliper bracket plates are not technically where they’re supposed to go and it’s partly my fault. When Dutchman asked what brake kit I was using so they could machine the depth I told them not to worry about it and that I was doing weld on brackets so it didn’t matter. Well now it matters. 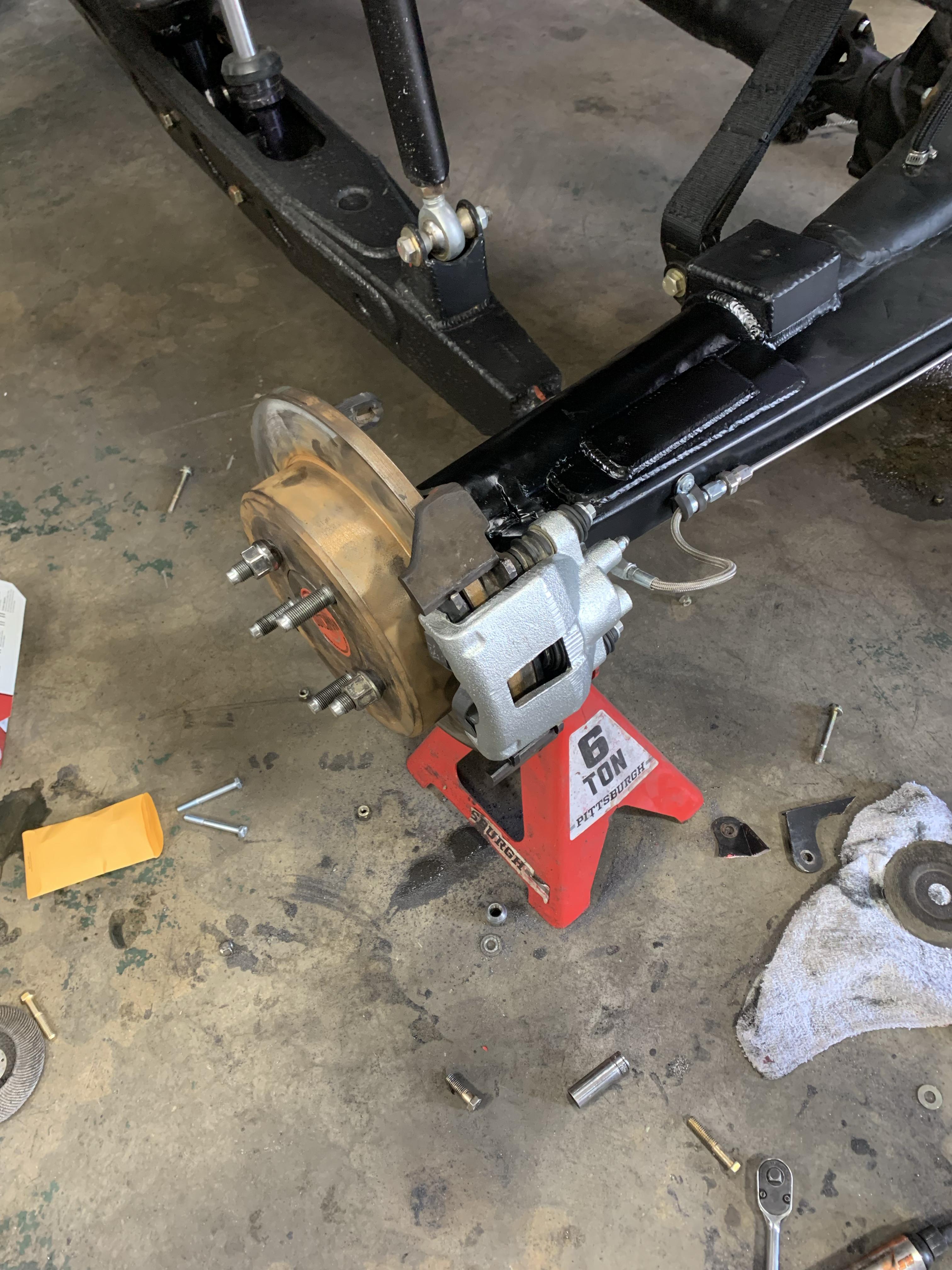 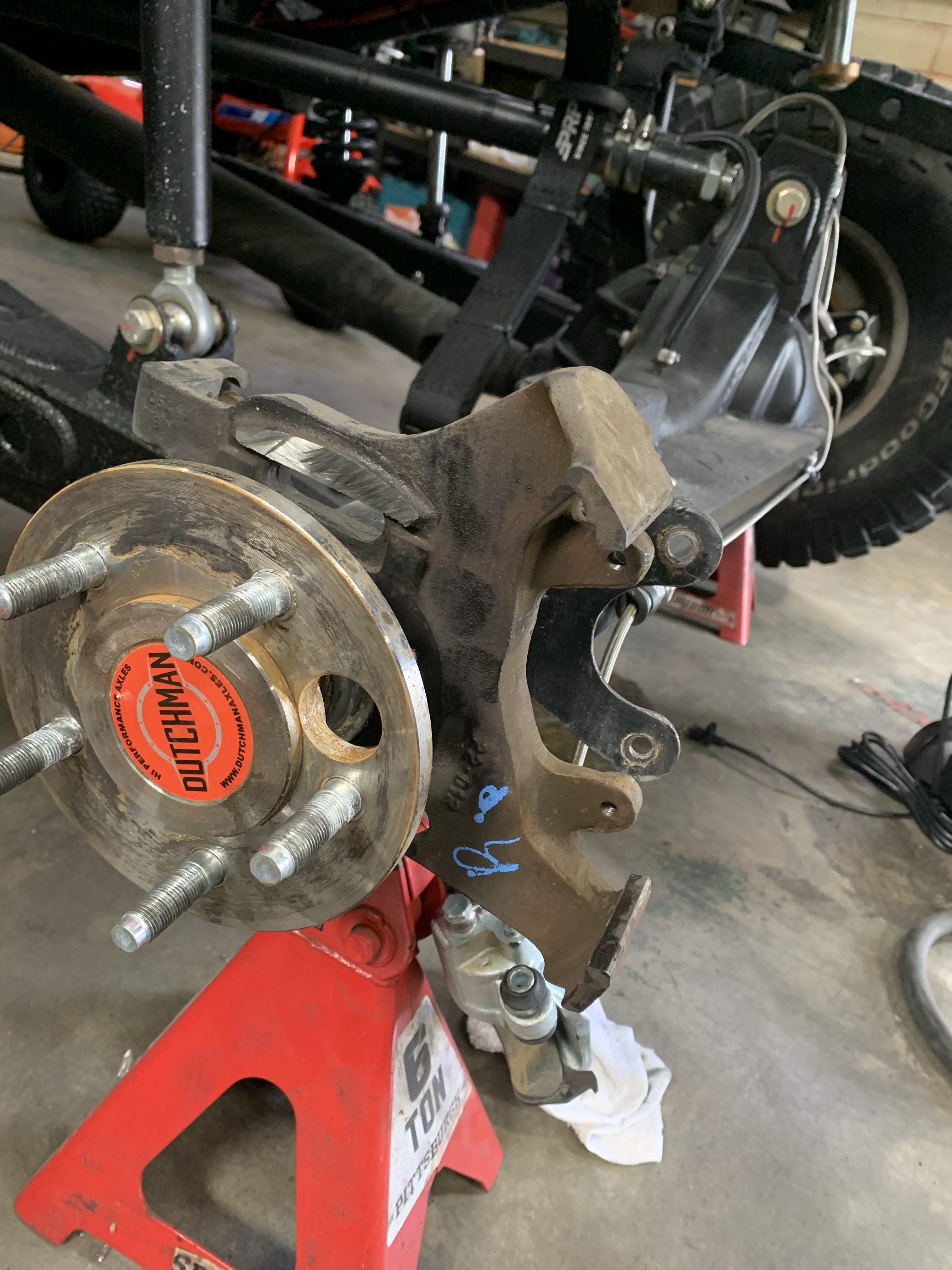 Got this sweet bag from prp and filled it with harbor freight goodness. Pretty cool idea and got me another 80lbs over the rear axle which is awesome 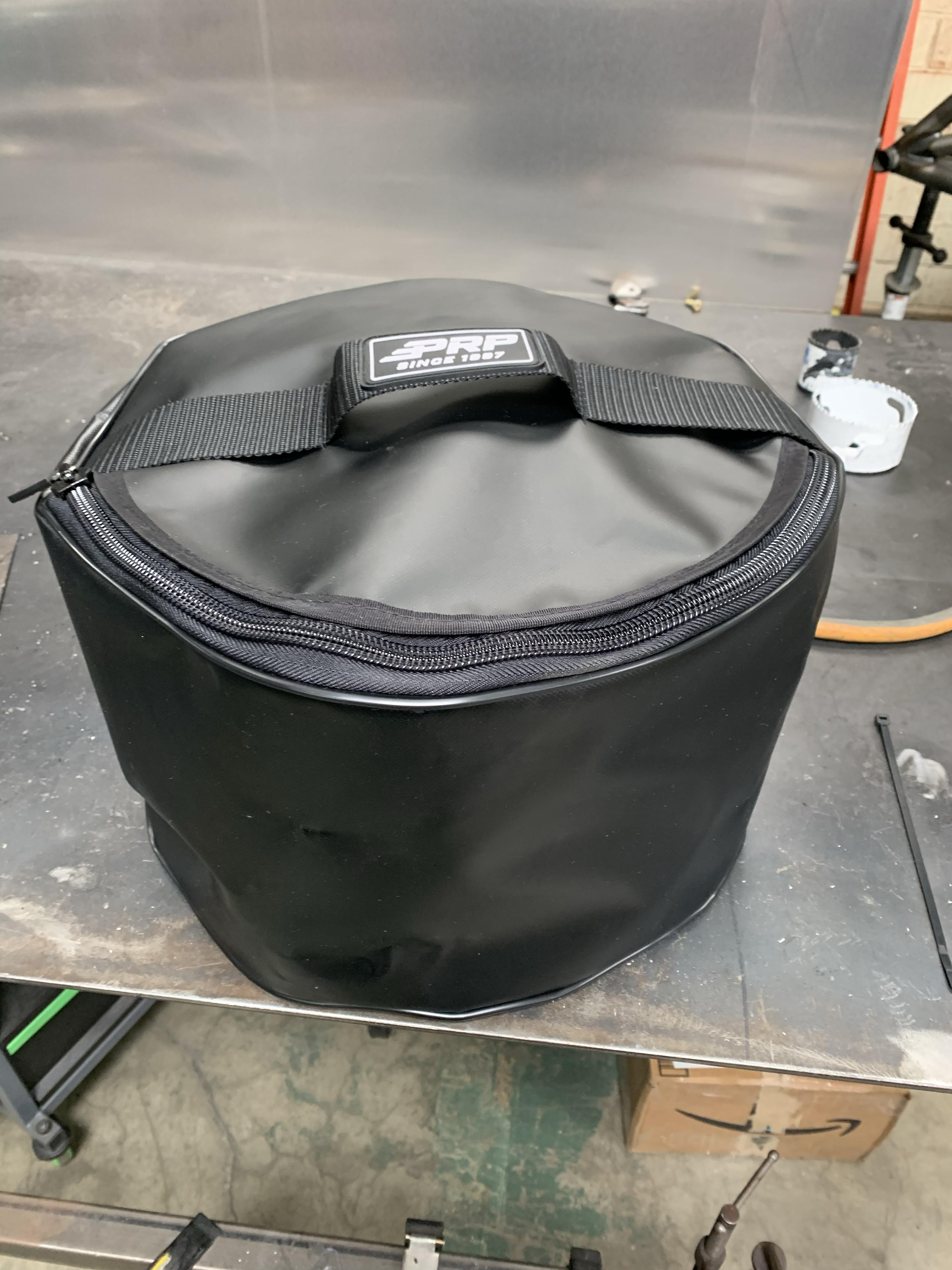 This brought my rear ride height down a bit which I wanted.

Next was to drop the front end down. Even after my last front spring swap I was still unable to achieve the ride height I wanted. I had pretty much 0 camber and the truck steered like shit and sat pretty nose high. Got a set of 200 lb upper springs and threw them on today. New front rate is 18” 350 over 12” 200. Super light rate but it sits perfectly now with 1.5” of preload 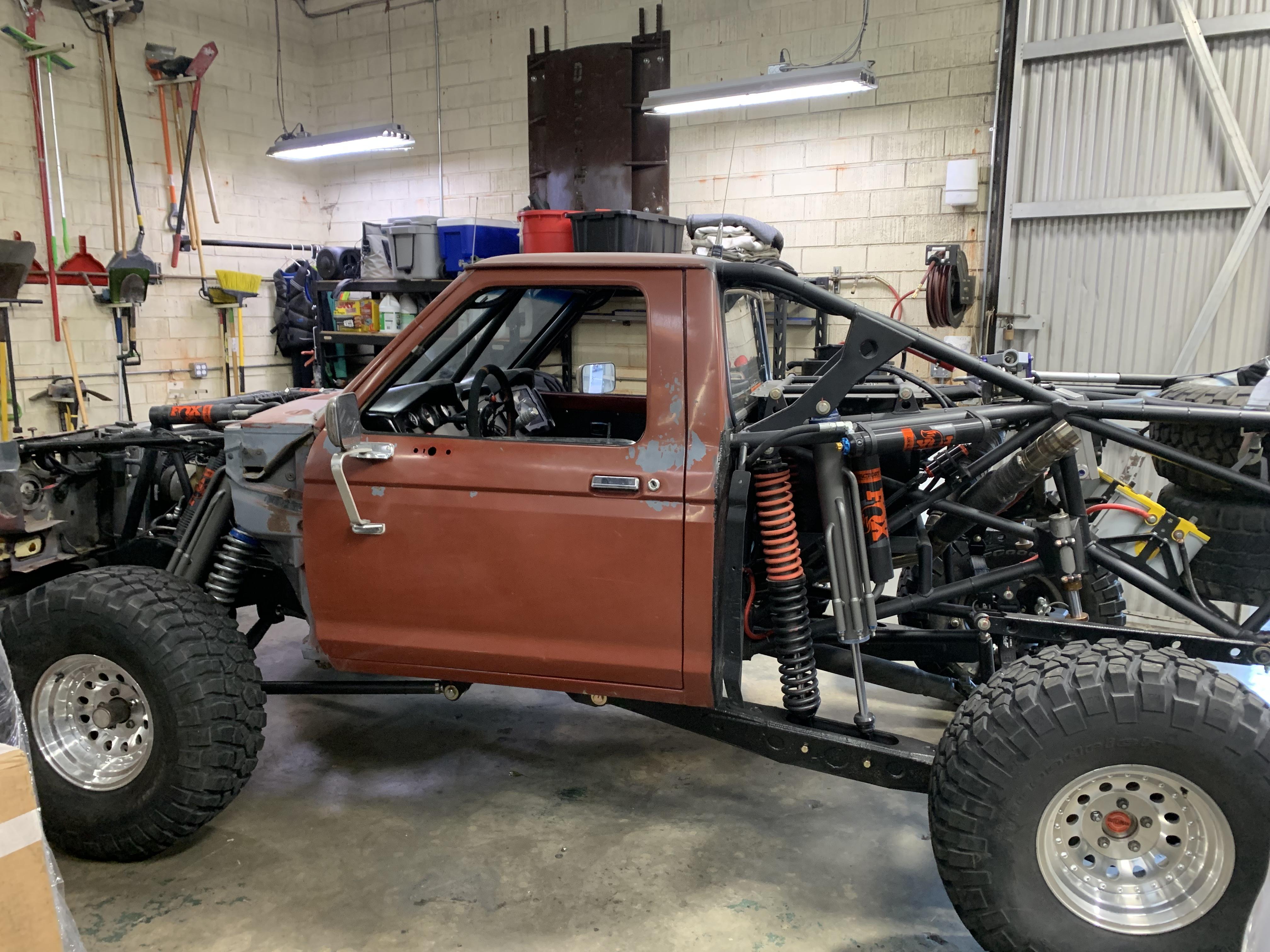 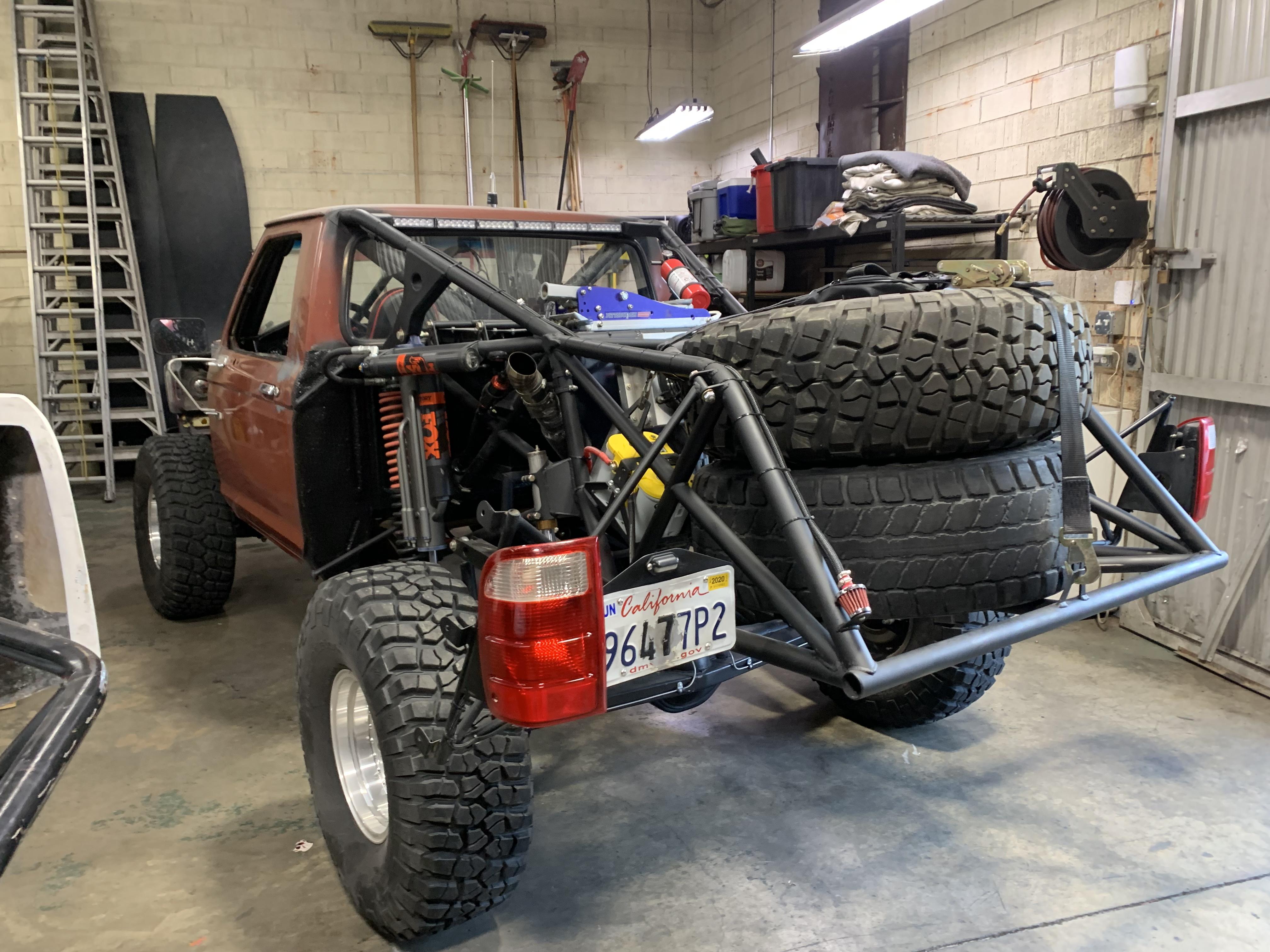 Next on the list is to adress the trans breather vent issue I was having. The factory vent sucks and vents atf all over my exhaust. Seems to only puke at full load in 3rd gear wide open. A little concerning that it pukes all over my exhaust tho so I’d like to add a barbed fitting and run a hose farther back into one of those little filters.

This is the little hole the breather was stuck in

It’s not threaded at all and the factory breather was just sitting in there. I purchased a 1/8 npt to 1/4” barb fitting but I don’t want tap the hole and get metal shaving all in the trans. Other option would be to pull the tail shaft housing off and tap in then but that also entails a lot of work as the whole exhaust would have to come off to be able to get the tail shaft housing off

Thinking of possibly just siliconing the fitting in there? Obviously being careful not to get silicon in the trans. I haven’t checked to see how the 1/8 npt side compares size wise to the hole yet but I did read online about people tapping 1/8 npt thread onto the vent hole so I assume it’s close. Not sure what my other options are.

Going to be at the clean desert deal next weekend in Barstow with the truck. Anyone else going out there?

If you're scared of tapping it how bout making a tab that bolts to that tailhousing bolt that you can weld the fitting to. Silicone when you assemble it. 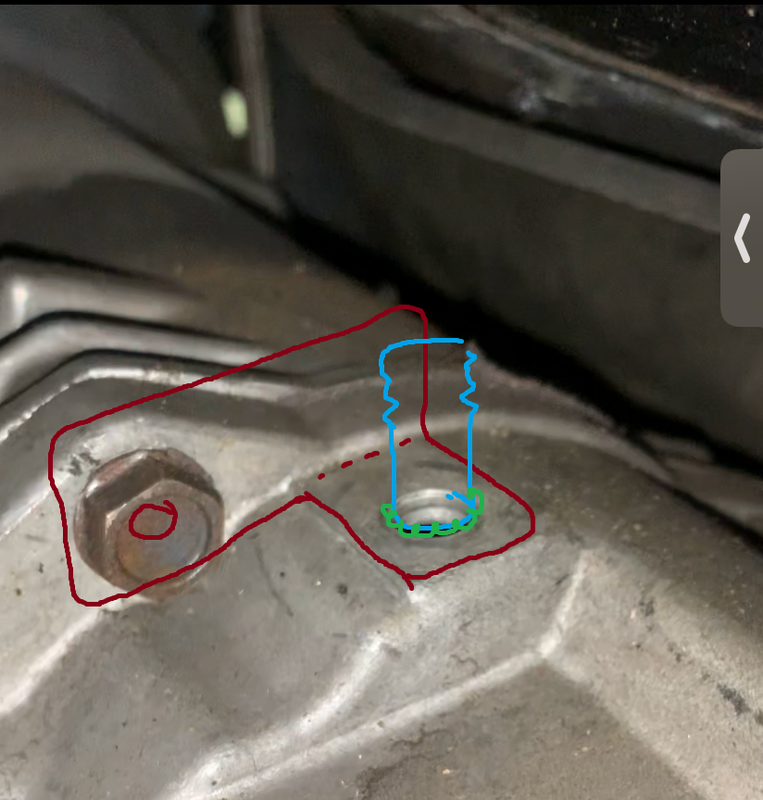 I'd probably just tap it carefully and put a bunch of wheel bearing grease on the tap to catch the chips but im an idiot
Reactions: desert_steve, SByota and Turboyota

I believe @Turboyota has used a metric fuckton of grease on a tap to prevent metal shaving from entering whatever it was he was tapping...

otherwise id just find a metal line that is just big enough it needs tapping in, jb weld it and call it done
Reactions: ucd baja, SByota and Turboyota
T

I like the grease on the tap idea. Definitely still a little bit scary tho.

Here’s the “fitting” I pulled out of the breather hole 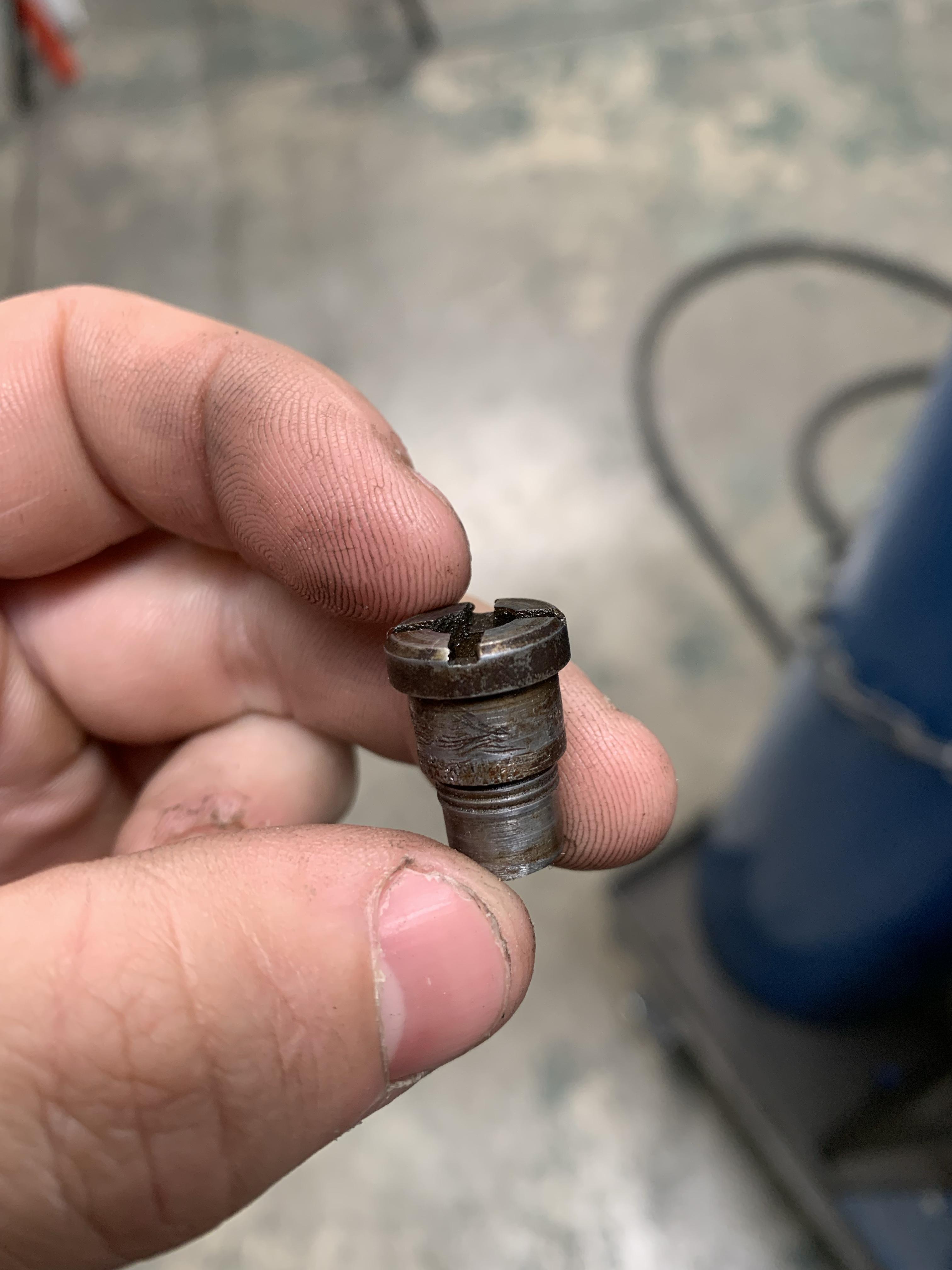 Comparing it to the new fitting I got 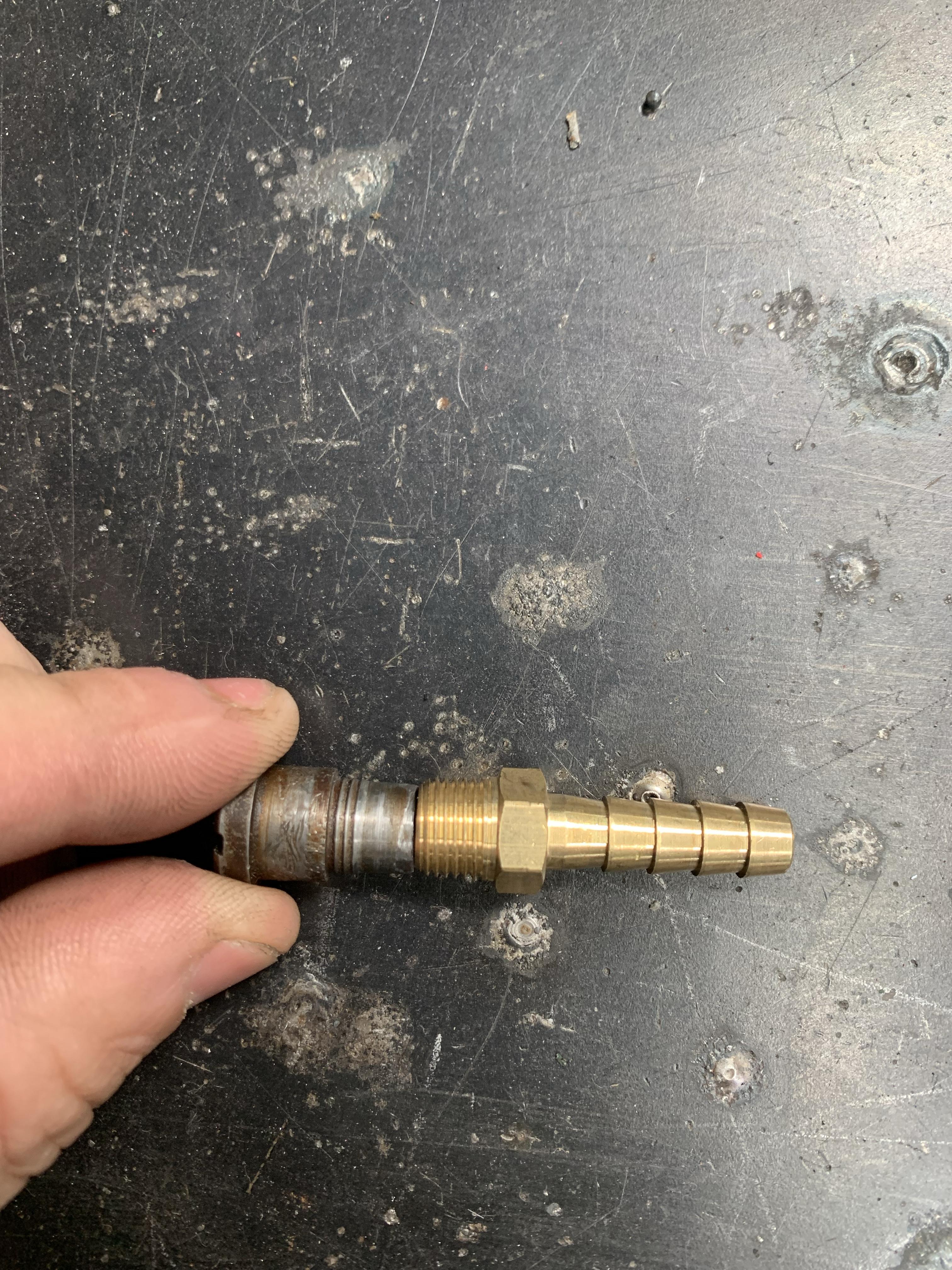 Very close in size. Should just need the 1/8 npt tap. No drilling out. Hmm decisions….. kind of wondering if I can just tap the new fitting into the hole with a hammer and it be a nice snug fit. I’m not really too worried about it blowing out as the old fitting was just sitting in there and never ejected

i'd tap that bitch with grease. How bad could a few Al shavings be? LOL
T

FasterNU said:
i'd tap that bitch with grease. How bad could a few Al shavings be? LOL
Click to expand...

Your right. The trans already doesn’t have reverse….