. It was blowing through bad though. This actually made a decent difference and pushed it where ever I could. Need bigger shit though to know for sure.

today, I dove into some annoyances. I’ve had this god damn creaking that started about a year ago and would come and go. After last weekends rough ride, it creaks all the fucking time now. Finally found the fucker. Driver side upper spare tire mount bolt on the back door has cracked through and the two pieces of metal were creaking. I didn’t just want to weld it and see if it happened again so I added another hole below it, put a large thick washer welded to a nut, tacked that into the back with it flush to the body and bolted it back down. This should add more support and spread the load as the tire carrier bounces. 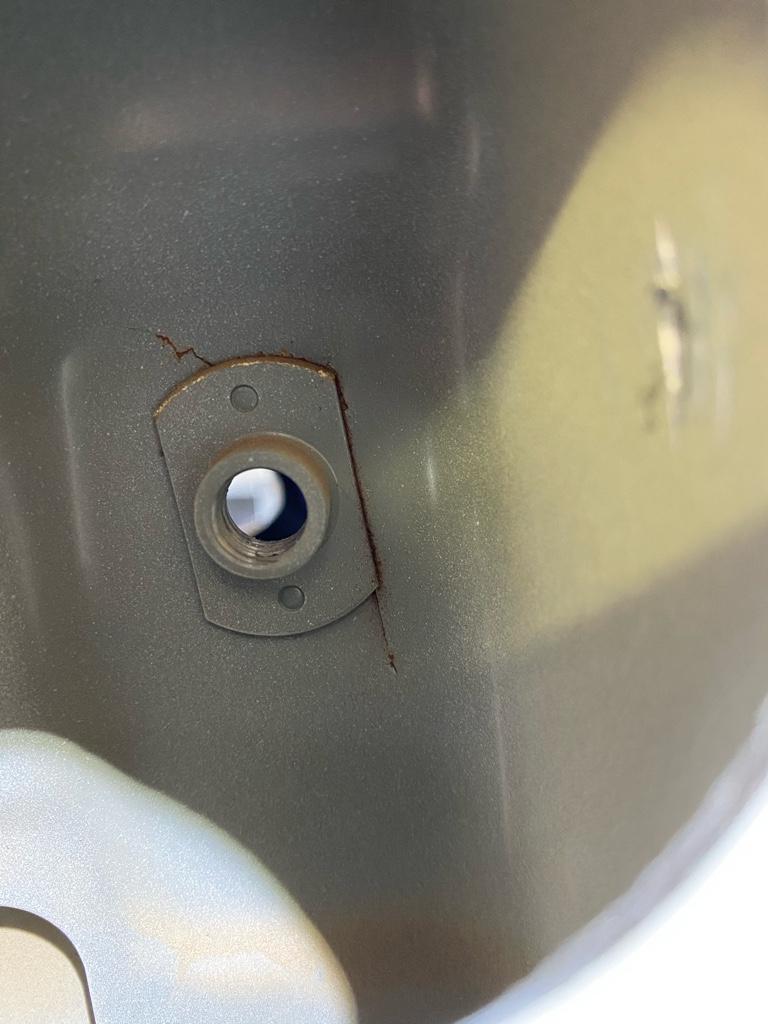 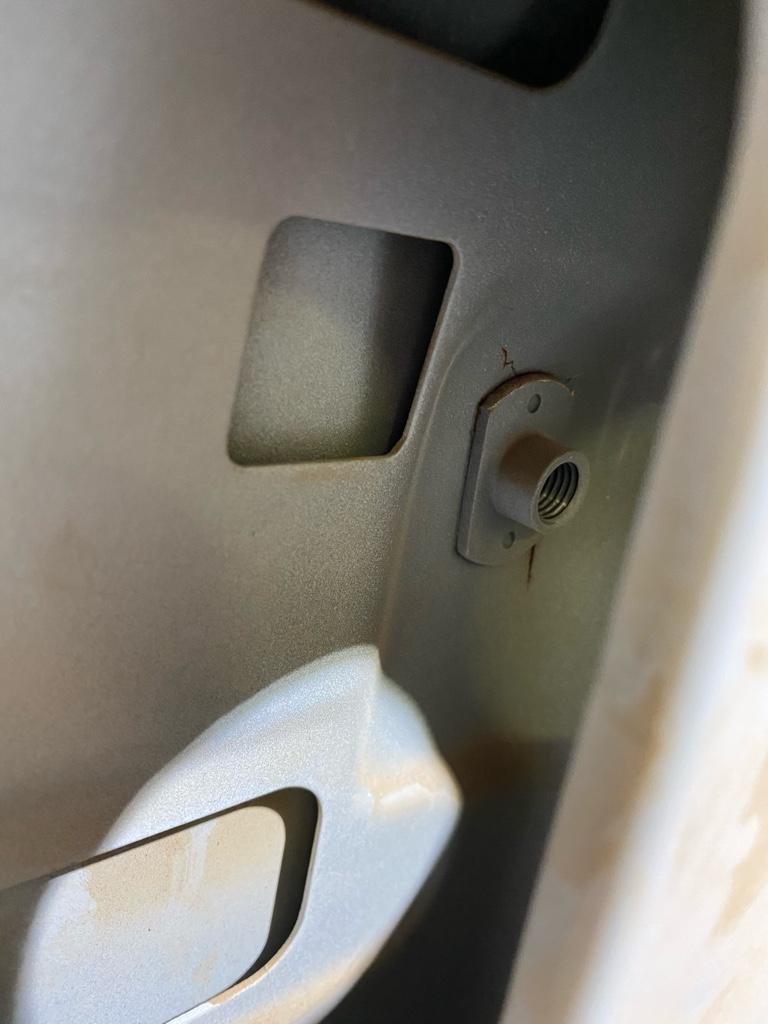 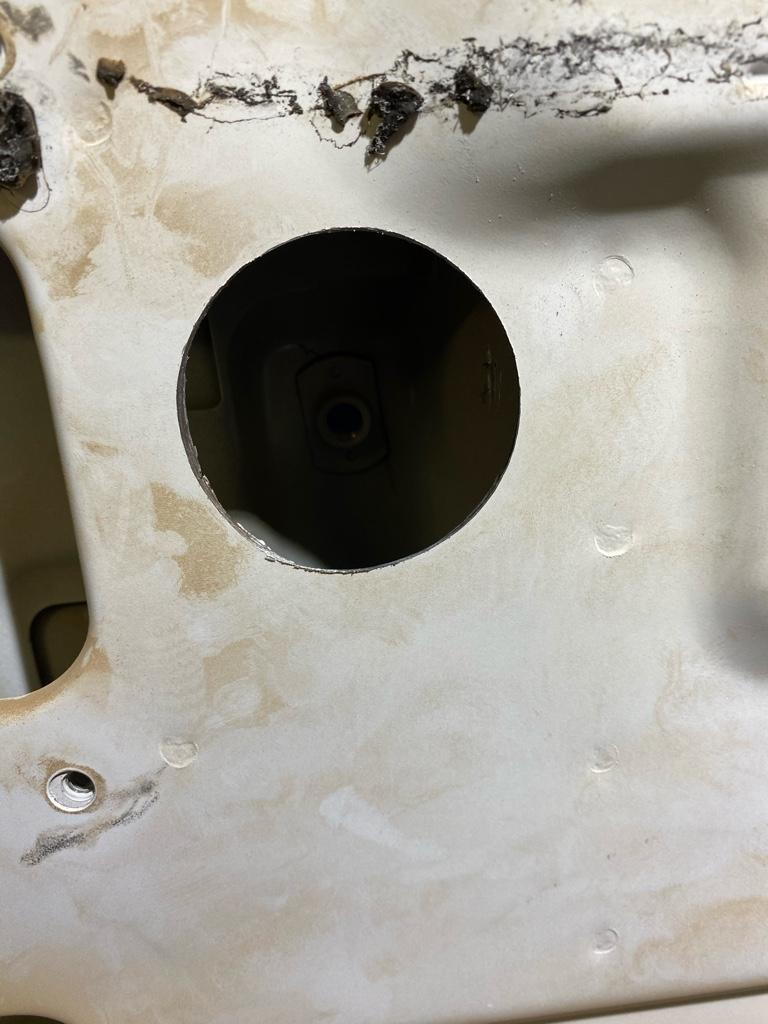 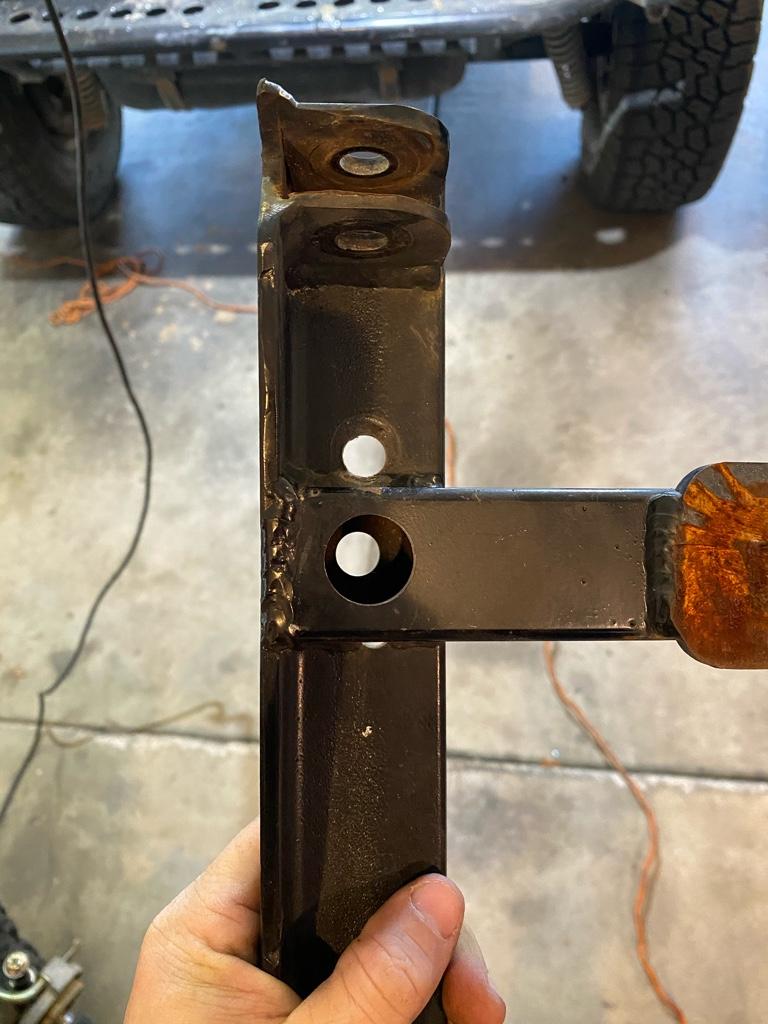 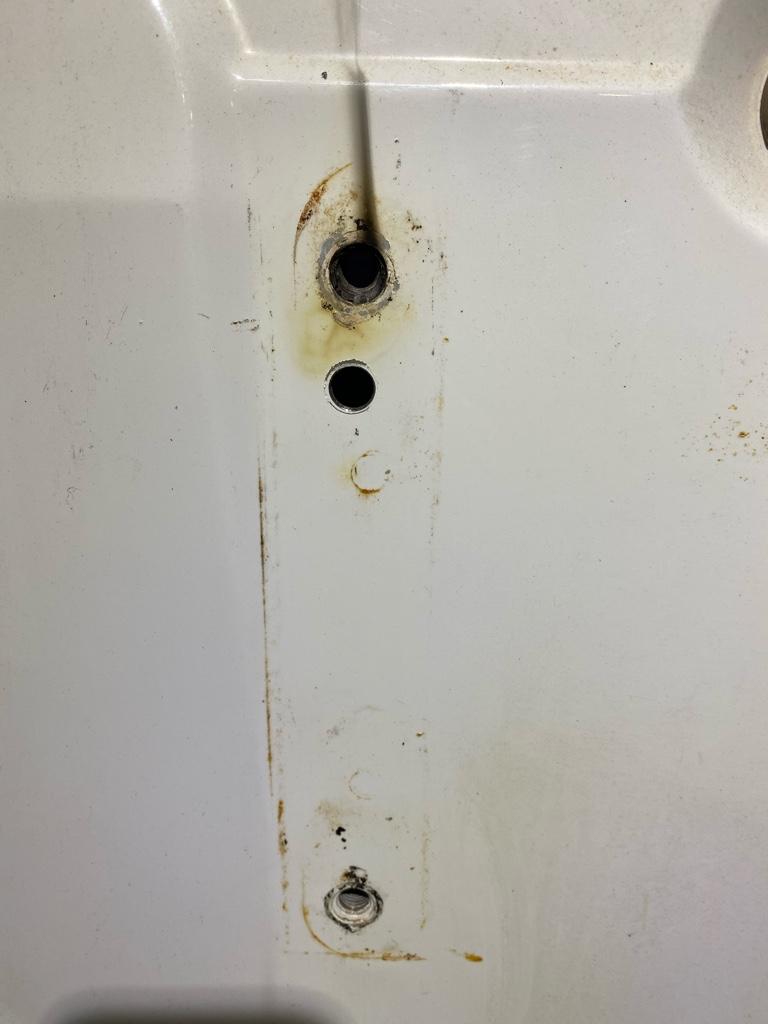 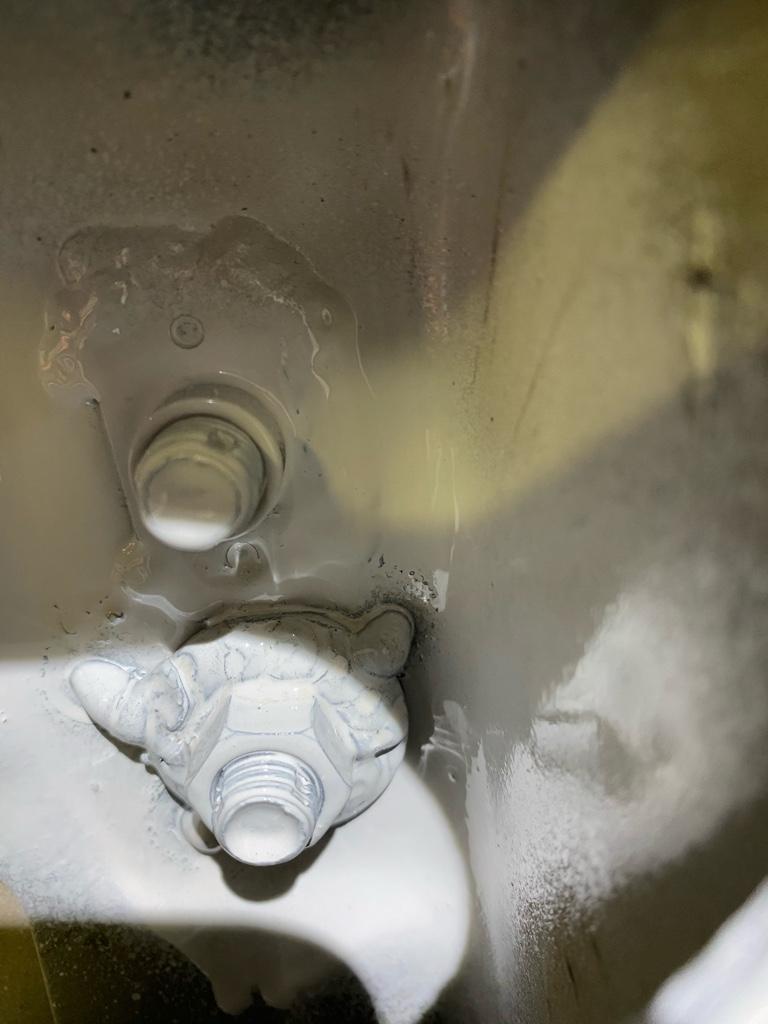 I then added more support to the bottom roller “catch” that the weight of the tire carrier rests on. It would allow some movement so I built it up and made a better ramp for the roller to strike against. 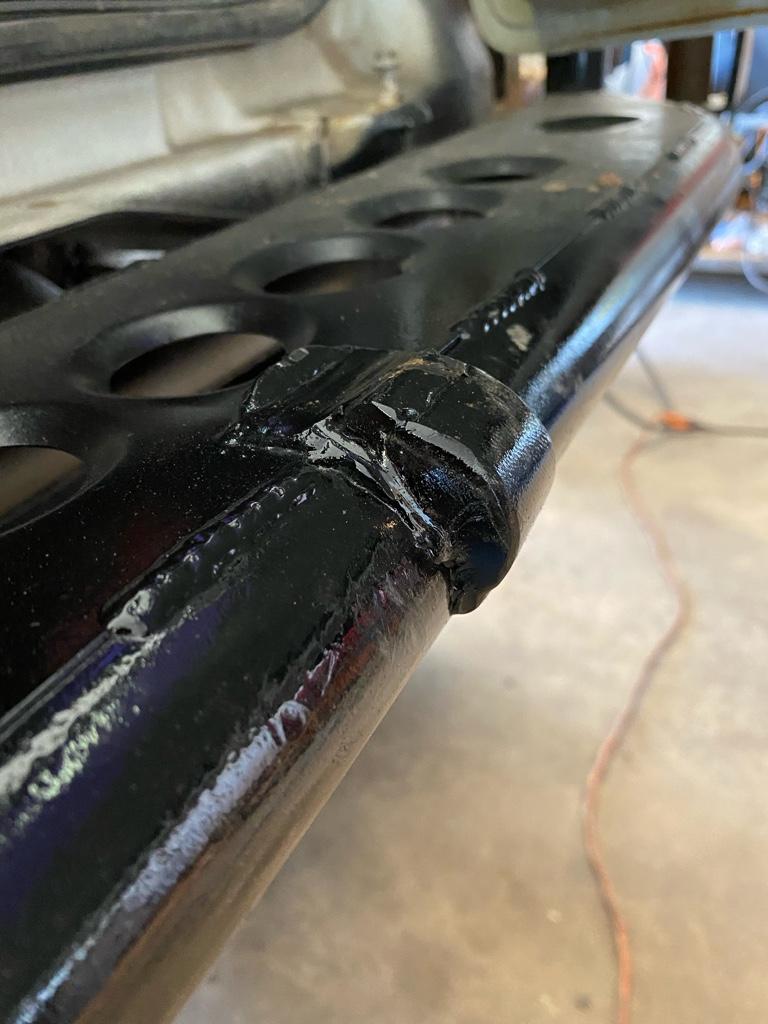 Then jumped under the tracker and looked to see if I could iron out the little vib I get between 45-55mph. Where the driveshaft bolts to the pinion, the shaft had .015 of movement. Little persuasion with a hammer to center up u-joints and also make sure the two flanges were centered, we got down to .005 in movement. Good enough, we will try it out tonight.

Last thing I got to was the steering shaft. I forgot how hacked up I made this thing and the shit welds I did on it. Clearly I rushed it. The damn thing had over 2” of up and down movement on the lathe

. I’m surprised it never broke in all the leaning on it I did on the trails. Anyhow, cut it apart and straighten that shit out as well as welded it up better 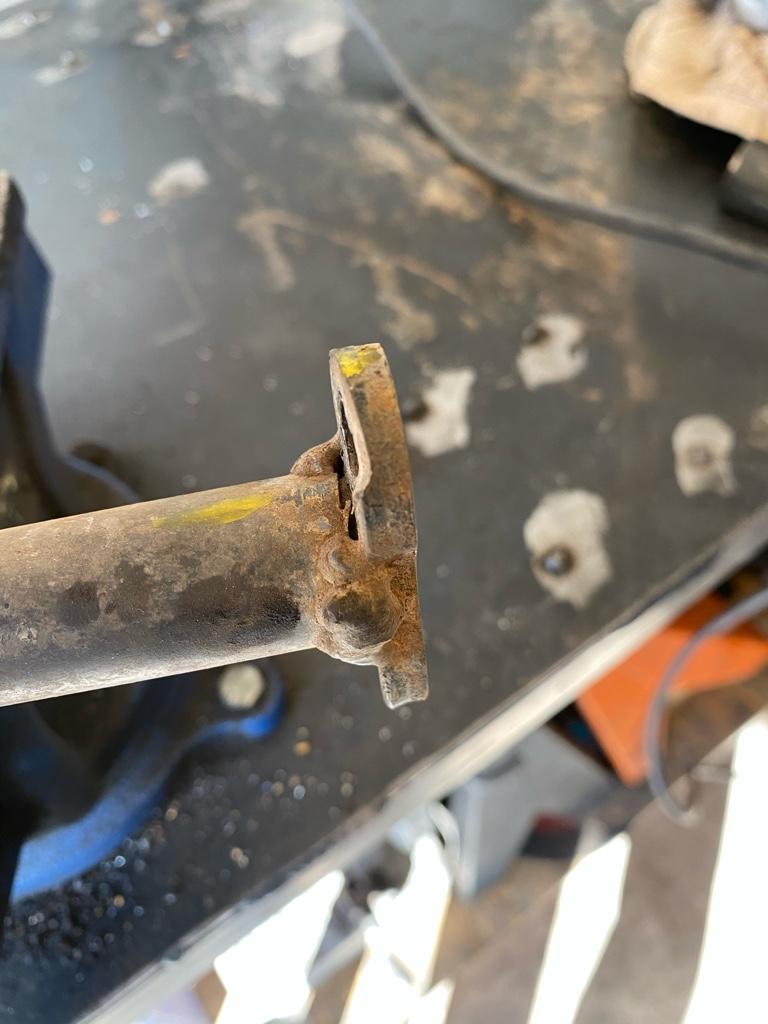 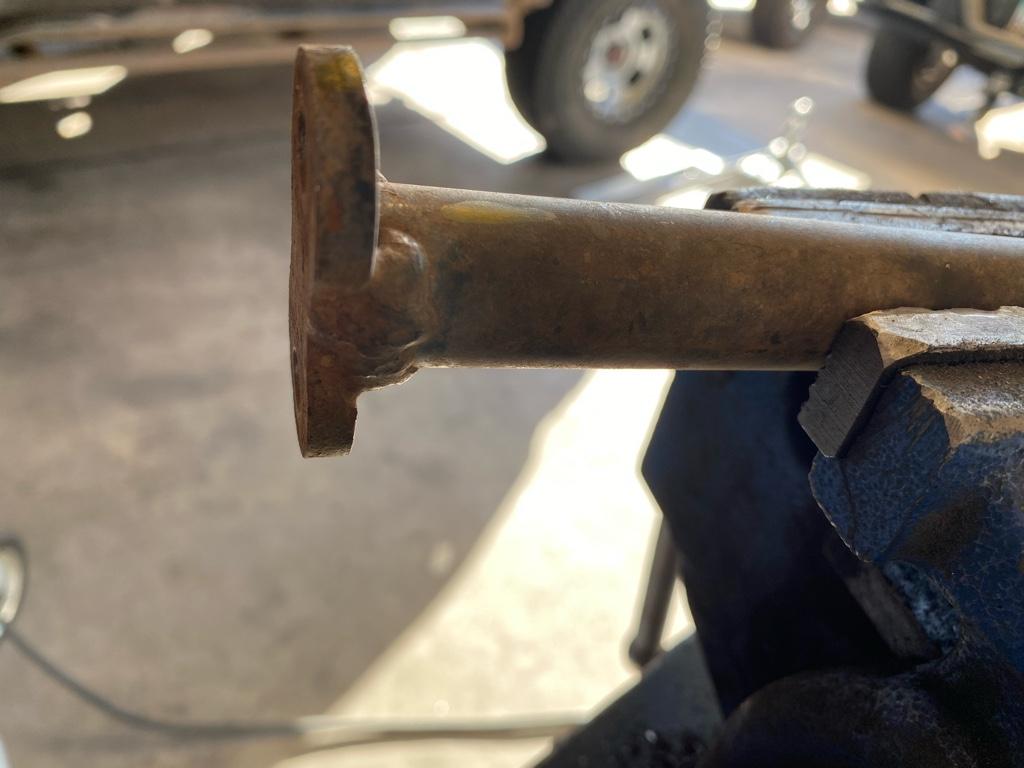 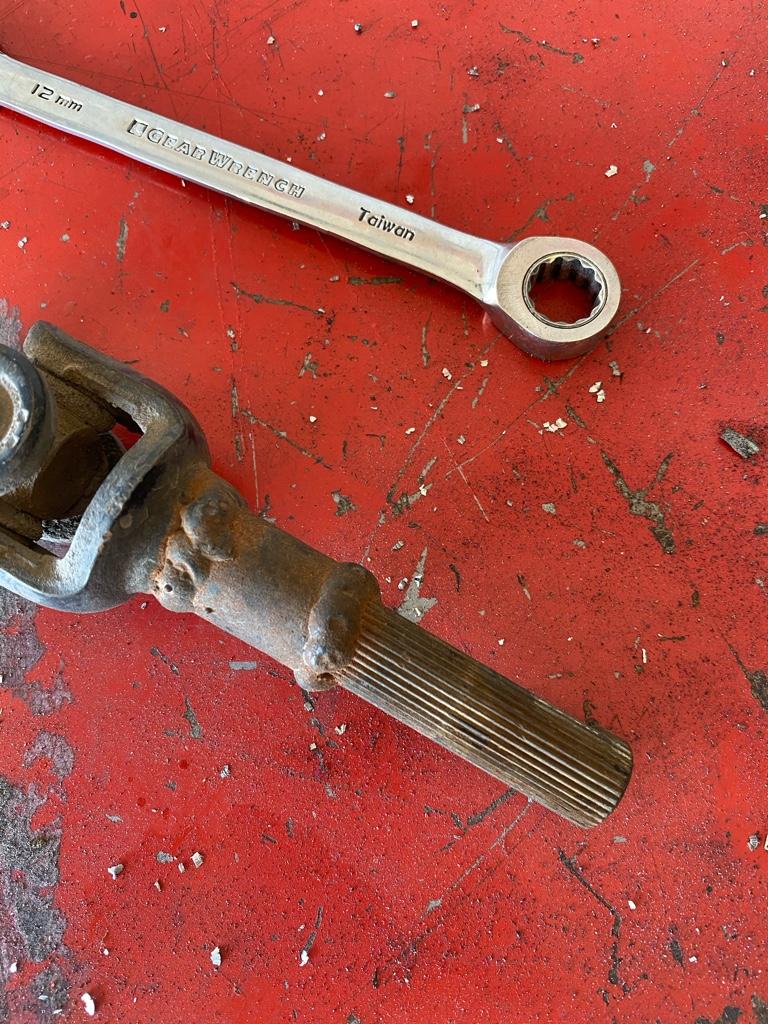 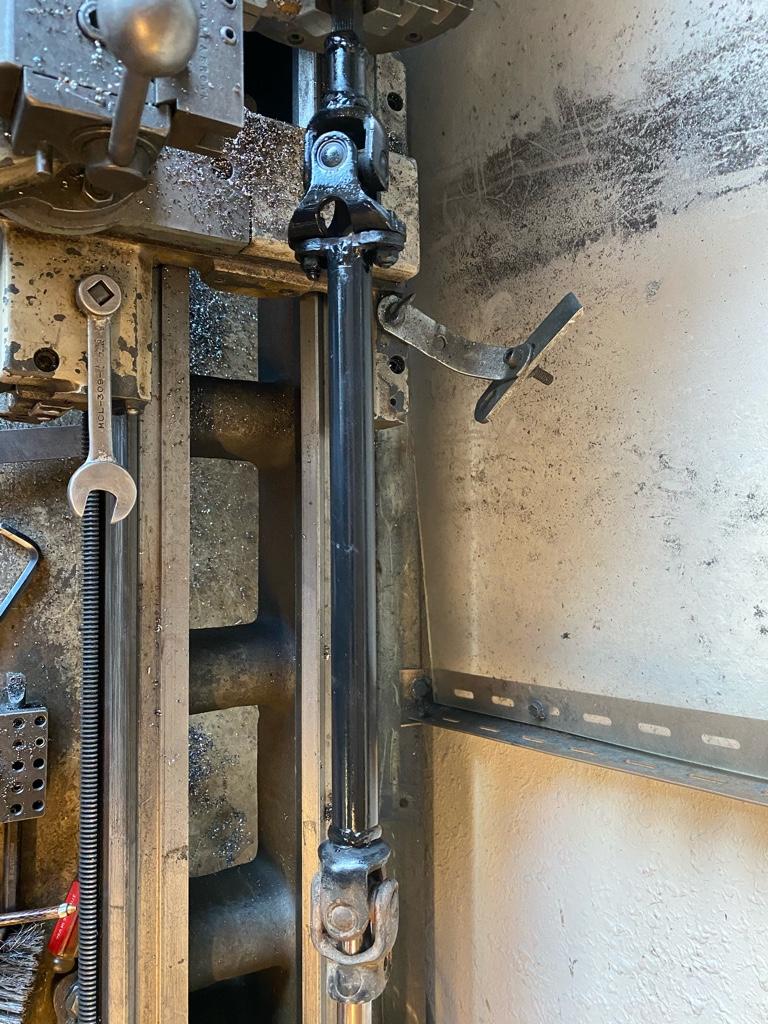 Only has a slight wobble at the rack end but miles ahead of where it was.

Took it out for a drive and driveline vib is muuuch better. No more creaking and steering is smoother. Use to get a little bind every half turn and nothing now. Fucking weird

Needed some dirt road therapy. Took the gas pipeline road home today and played on geiser loop with the tracker for the first time. Hit the road jump a few times trying to catch air. 55mph barely got me off the ground, need to hit it harder but need a spotter, not exactly low key anymore. The added .020 flexy rate plate is fucking titties and the back end is way more solid on big hits. Never had a bottom out, smooth through the chop even with 30psi in the tires and ready for more air time.

I was just thinking about heading out there Sunday before you posted this, I need to test out my new shock valving.. Id love to see your TT catch some air!

Helped a buddy setup his can fag machine valving wise. Needed some tweaking to get it dailed in (slow front high speed, quicken rear rebound, lift rear ride height so it’s in more bypasses, lower tire pressure and set all shocks so low speed was equal)

He had awesome whoops to play on by his house so once we were done with his shit box, we played in mine. I watched him cringe as we come up to the first whoop and didn’t relax till we stopped. He just giggles and goes “holy shit”

. I’m thoroughly impressed with the flexy rate plate in the front. Whole new level of control in the front end on this 10” of travel without sacrificing high speed smoothness over chop. Blows my mind.

Feels so much faster in the car than outside of it. This was 40-45mph through them

Nice, how much pressure are you running now?

Rear is 250 with a shallow ifp setting, front is 320 and “standard” ifp setting. 8” deep on a 10” resi. I want to shallow up the front ifp next go round and drop to 250. Nitrogen wants to bleed out the shrader or bypass the ifp seal. I got some slightly thicker o-rings to try in there. Front end only use 7” of the 10” stroke. That shallow setting on the rear made a nice difference and holds the nitrogen better.