Took the day on Saturday to do a day run with the suzuki guys. Really wanted to go on Ryans run but work wasnt having it. Total of 70 miles on dirt, 204 round trip. I jumped out front of everyone knowing they would be traveling slower than what i wanted to run at for speed. road was pretty fricken rough at the beginning, after about 5-6 miles we hit some nice dirt roads and motored. There was a jeep and toyota tacoma i was about to bump pass into the fucking ravine because they fucking wouldnt move over for me to pass. just as i was about to make an asshole pass (with my wife yelling at me about NOT doing it, as if that will stop me lol), they pulled over and i hauled ass by. We stopped at a water tank for about 30 min to let the kids stretch their legs and burn off energy, still well ahead of the group. i radioed back we were moving on, they were about a mile back at that point. Hit some main graded roads up by Stoneman Lake and proceeded up to a lookout point to catch some views. They had closed the actual tower and road about 1/4 mile from the tower so not much room for the kids to play with a shear cliff that was worrying the wifey. So i snapped some quick pics and headed back down to another water hole and we all had lunch while we waited on the zuk group. took them a little over an hour to catch up and they ate as well. 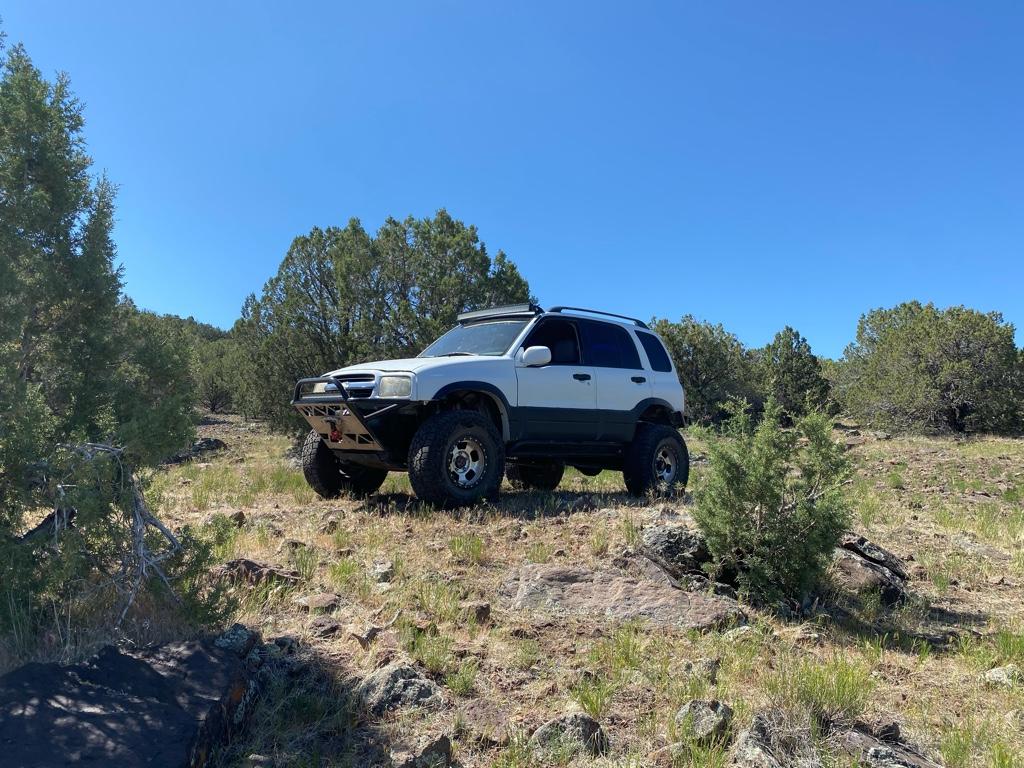 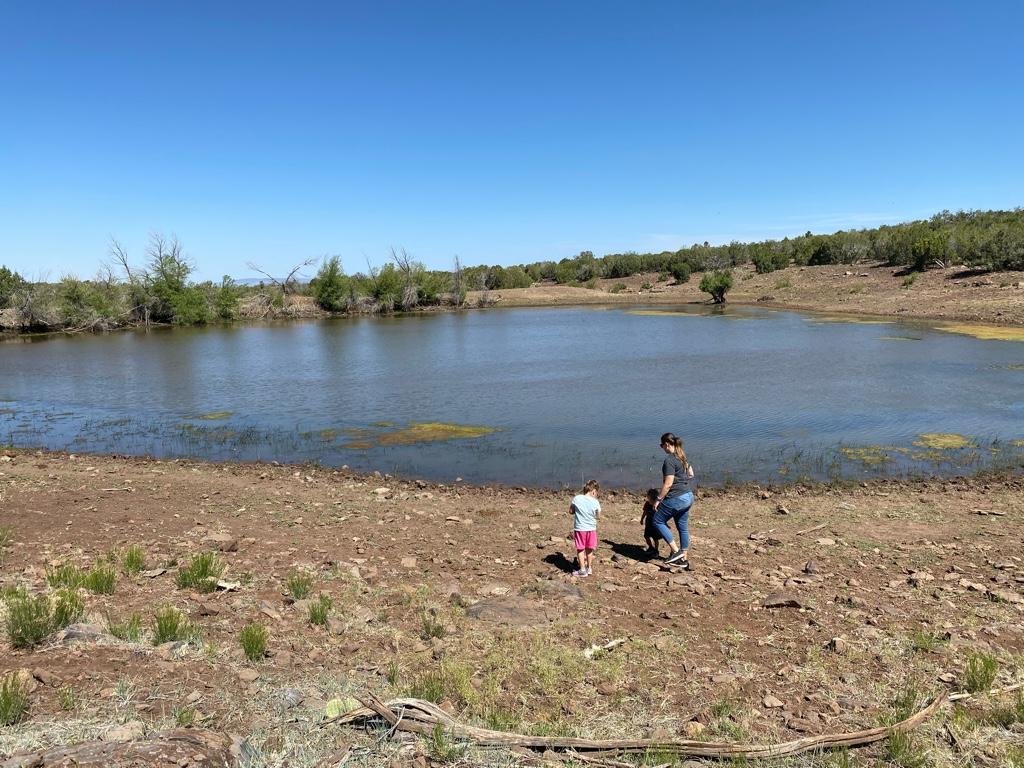 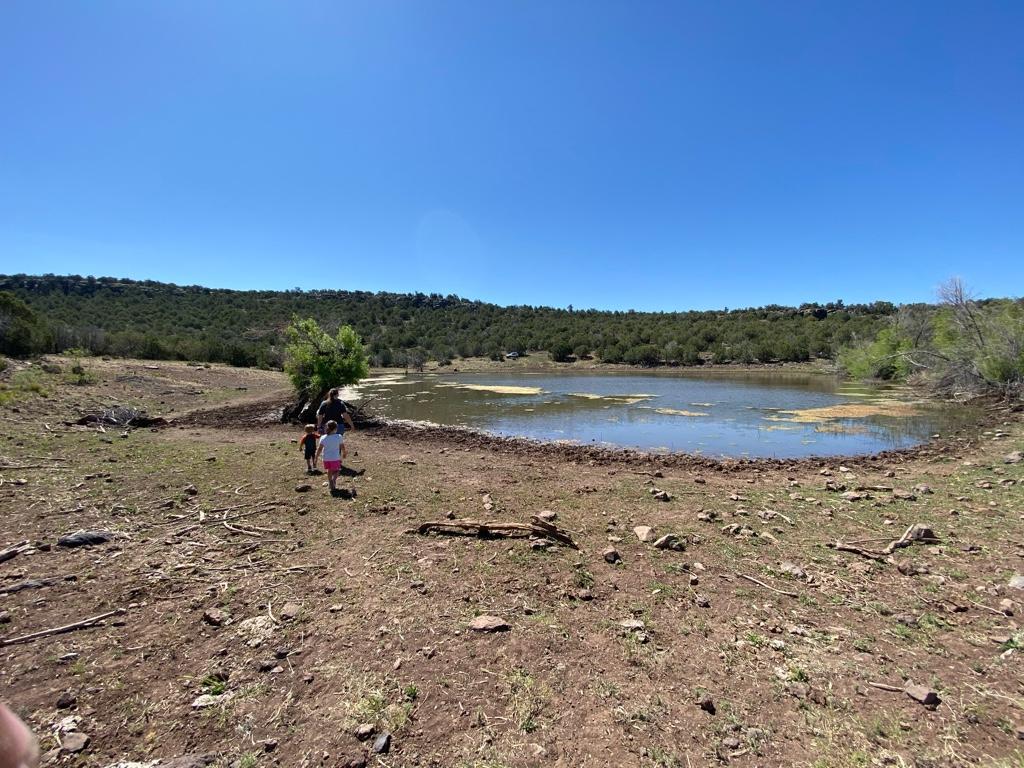 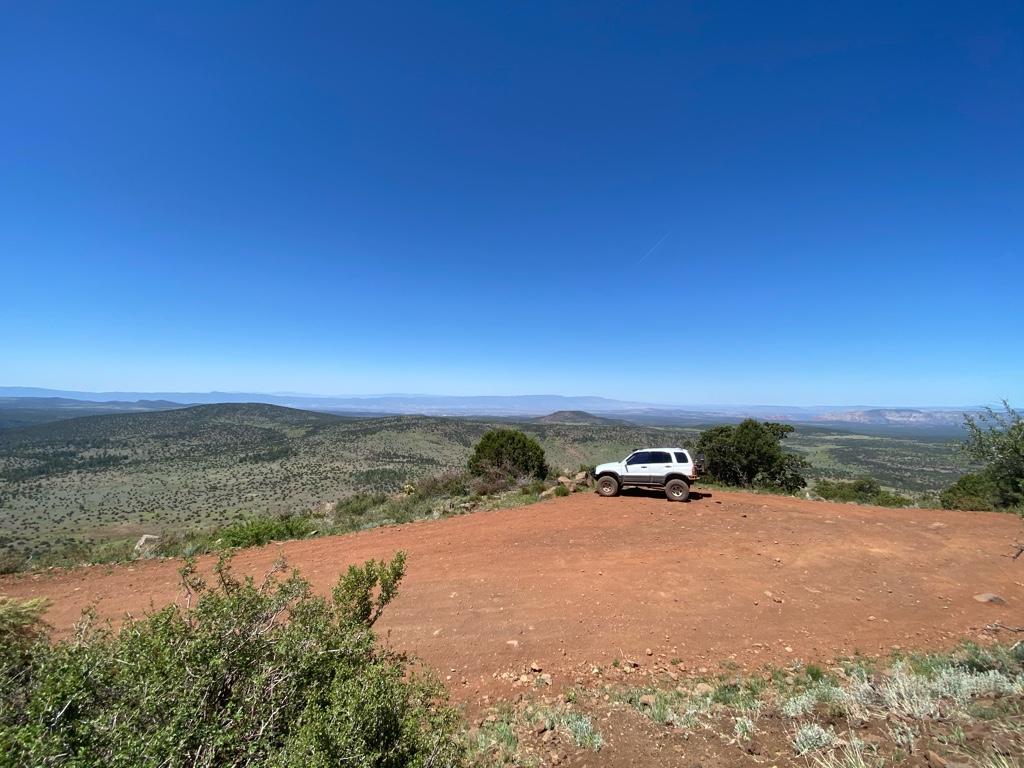 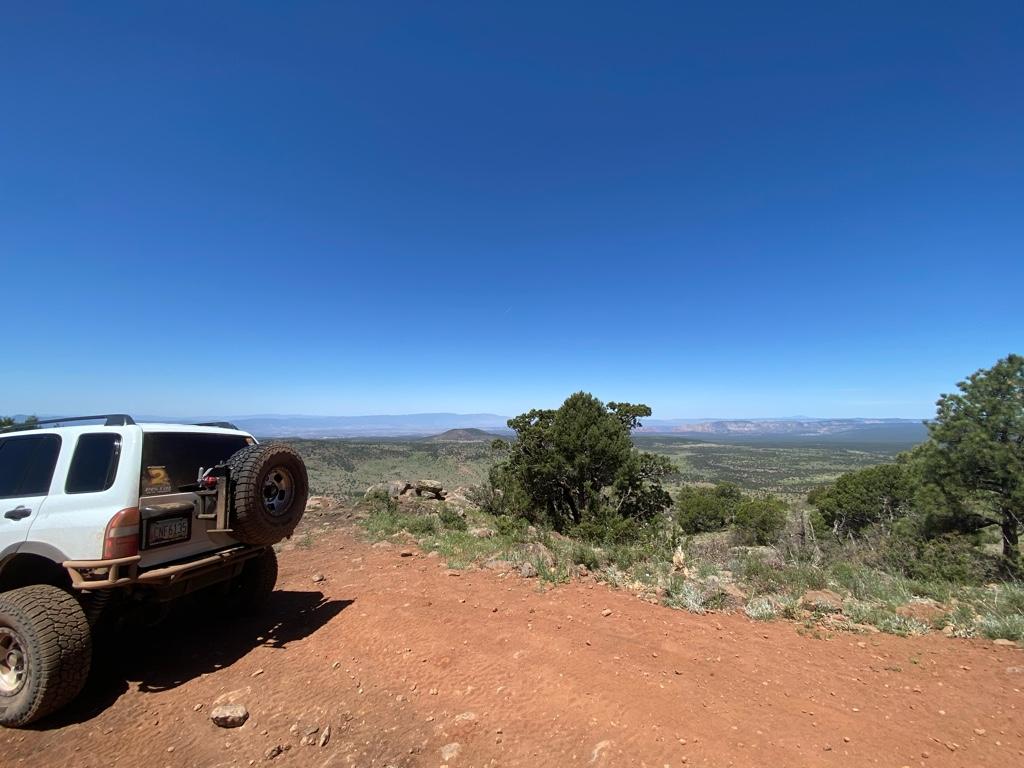 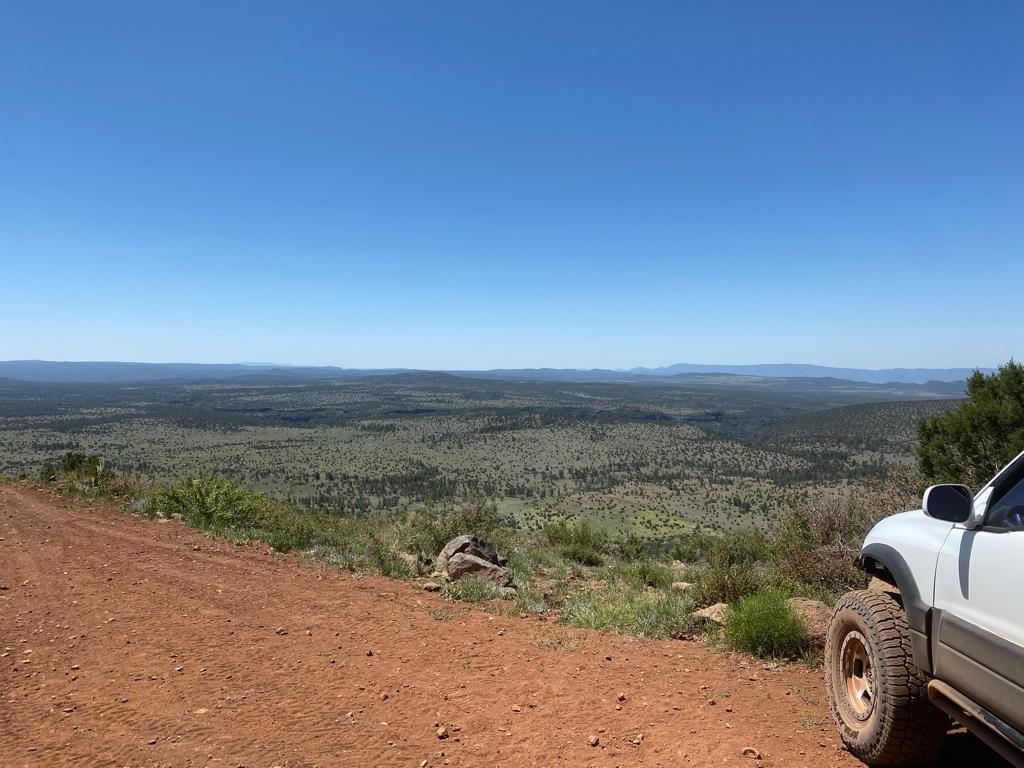 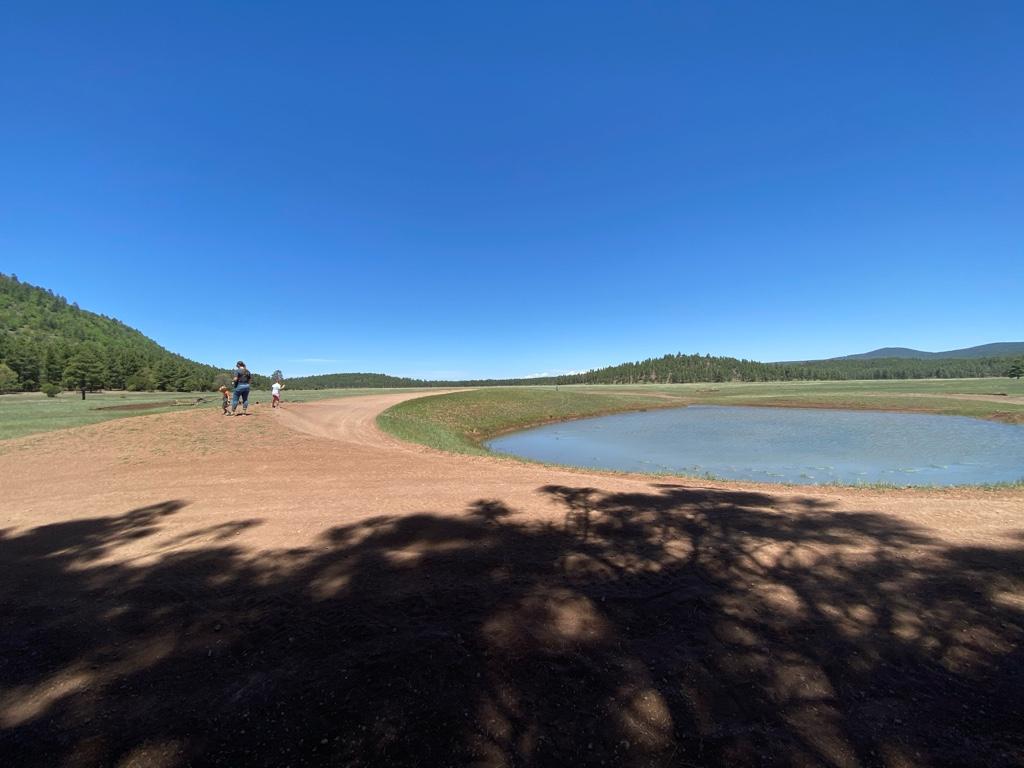 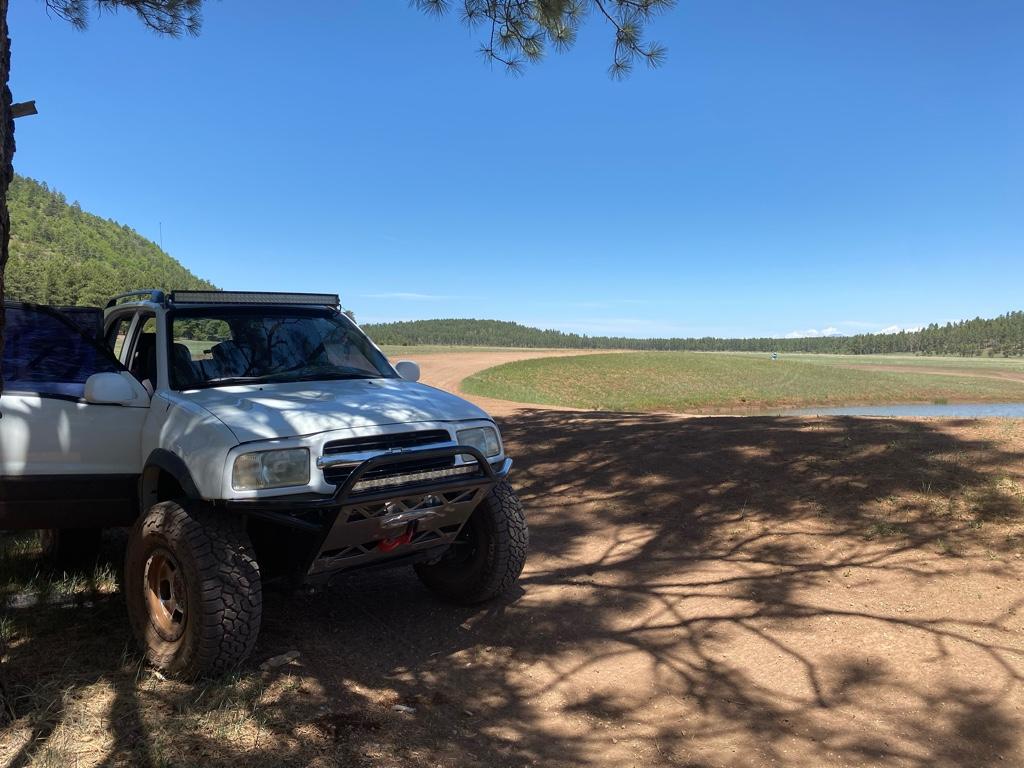 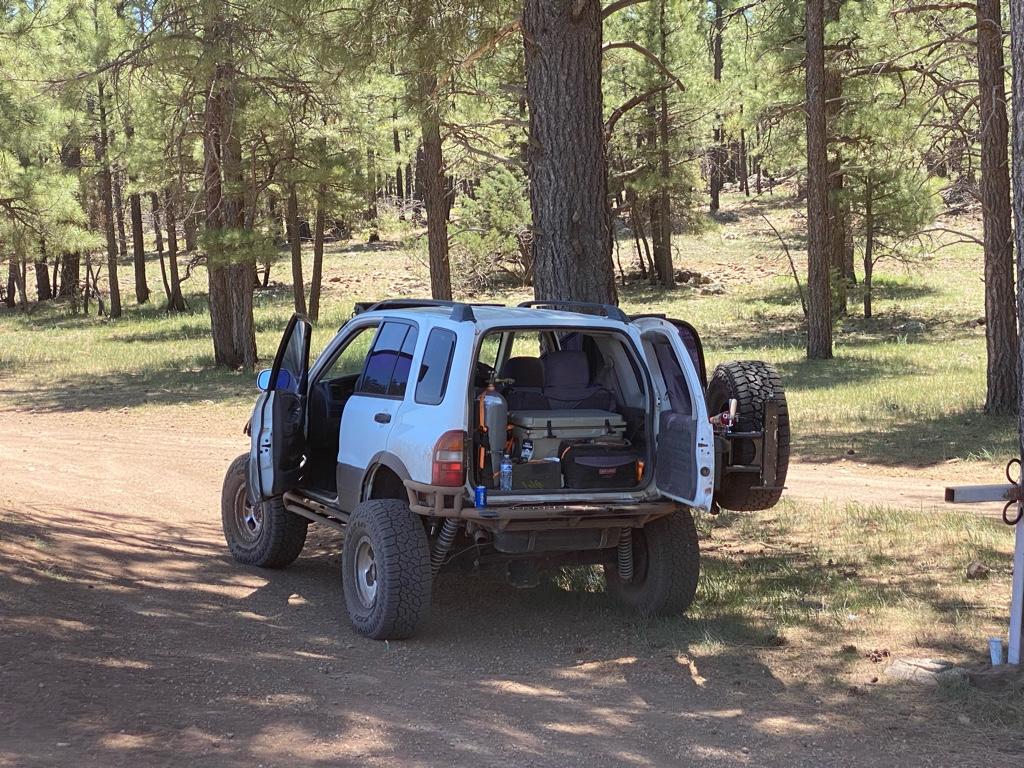 From this point, we were about 1/2 way done so we again took off ahead and radio'ed back road conditions as we went. it again turned to some pretty rough rocky roads but would hit stretches of nice area where we could open it up. about 1/2 way through that, i noticed the front end was making quite the rattling noises. Pulled over to check and found my strut tower crossmember had lost one bolt and the other was about 1/2 way out. tightened it back down and no more noises, muuuuuch better. Views were awesome out there and no one in site. well worth the rough road. Finally hit some decent roads and motored back down the rim to camp verde where i aired up and peaced out to get back and watch the UFC fight's. I did make sure the zuk group was down the rim atleast and everyone was accounted for. i wasnt really the "leader" of the run but did want to make sure all was well or i needed to get shit for someone. 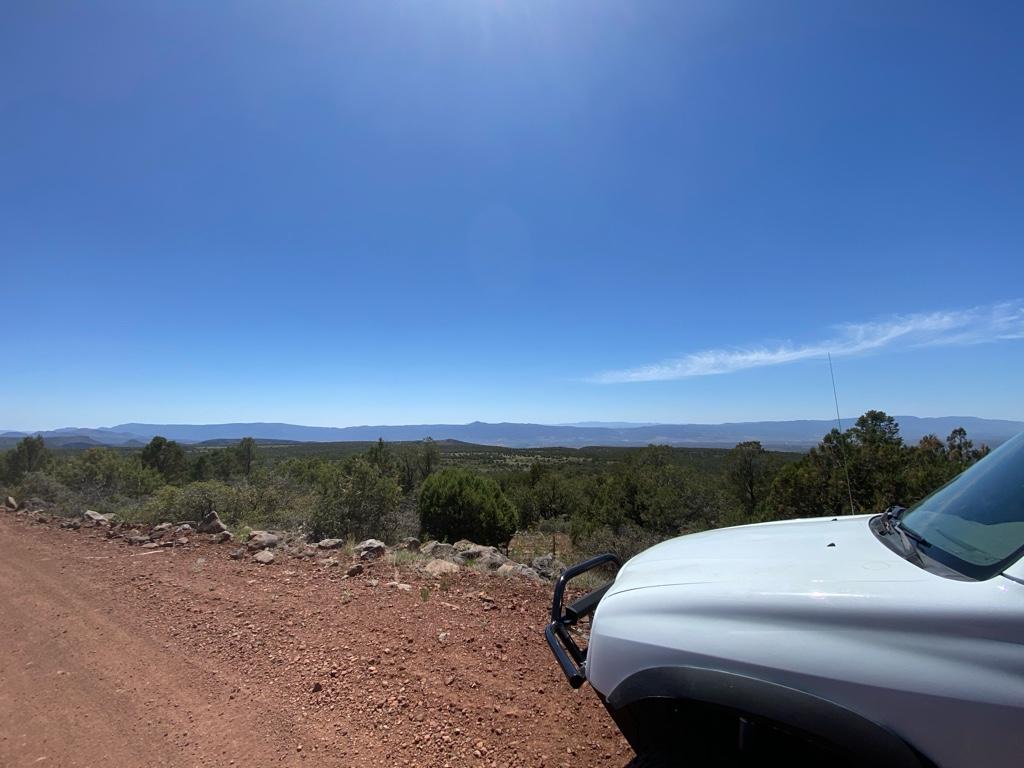 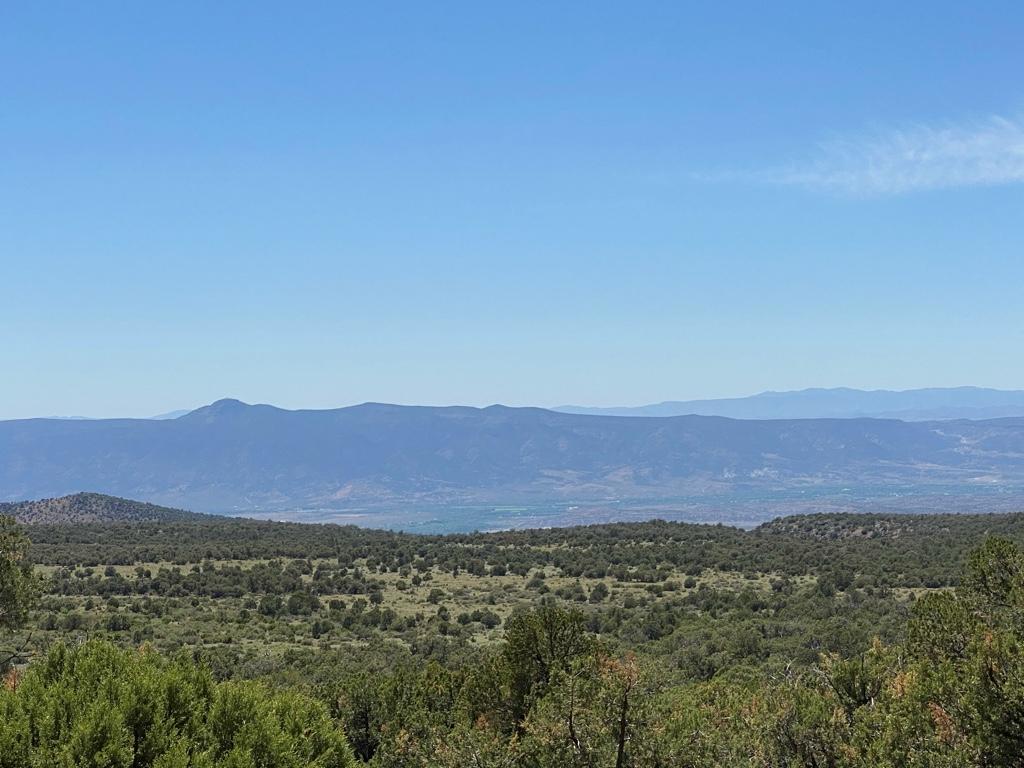 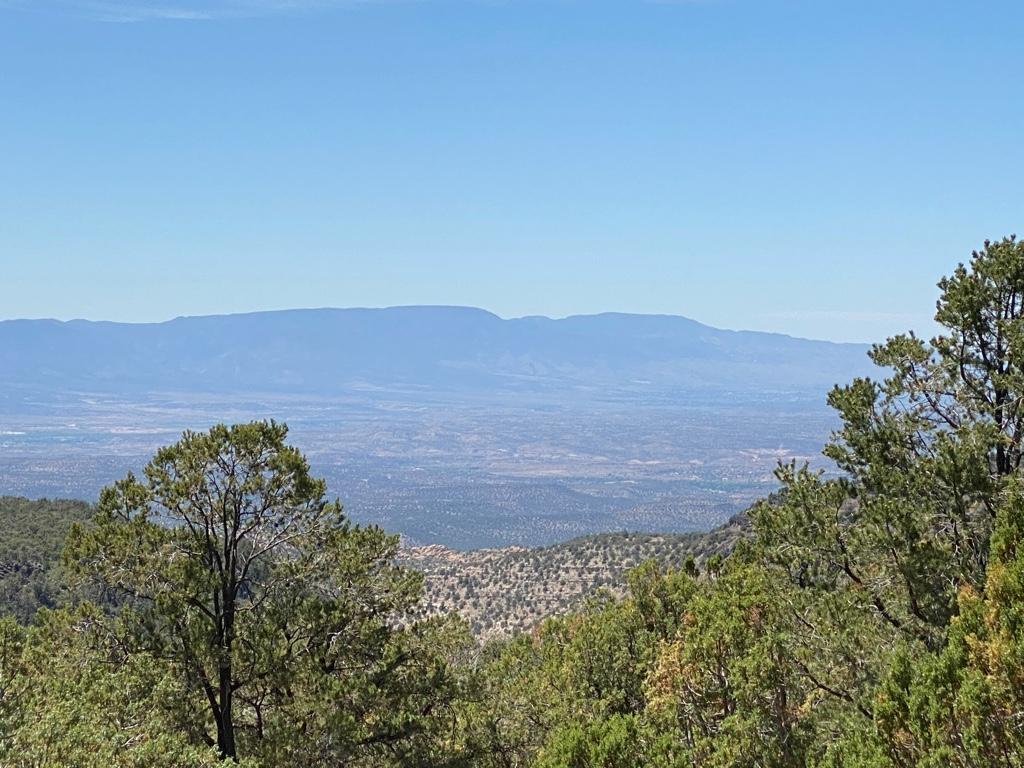 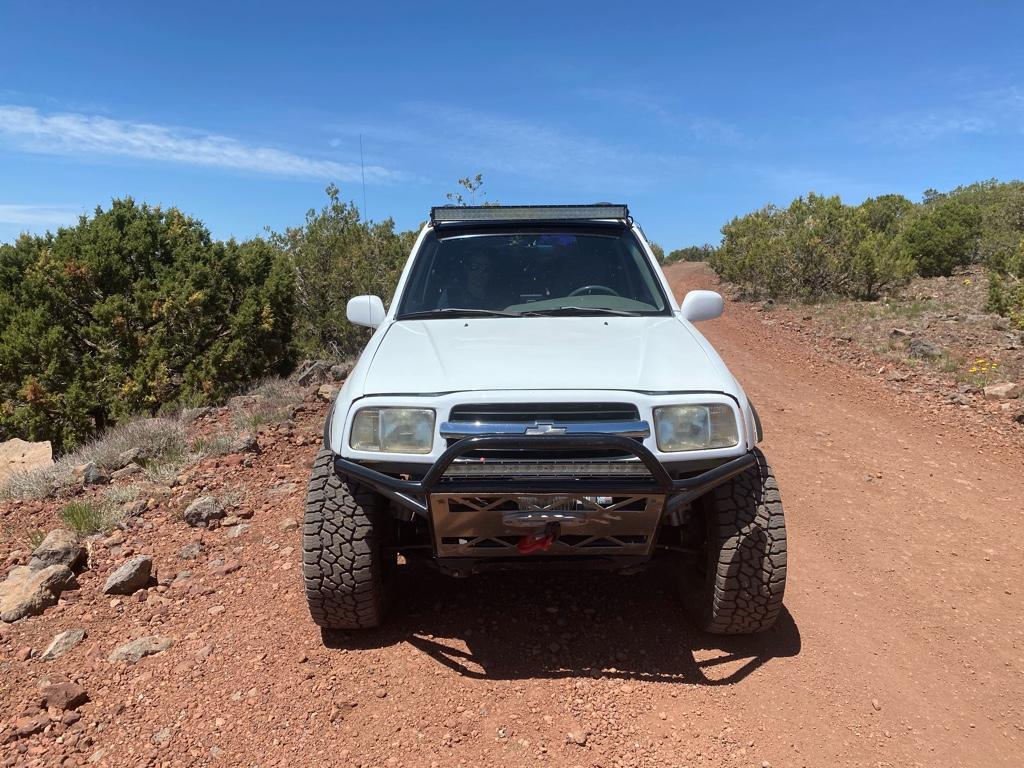 Only casualties were a missing bolt i need to pick up from ace hardware for the crossmember and the t-case has a real small gear oil leak i need to find and fix (FUCK LEAKS!). Its a good thing @P.R.exploder69 did not come with us this go round. papa gorts buggy would not have been easy to get through some areas. i did not realize the roads my buddy mapped out were THAT bad.
Reactions: dose, the bodj, themoneypit and 4 others

The views from your trip are spectacular!

Let’s get next season’s dates nailed down ASAP so we can fuck shit up.

The views from your trip are spectacular!

Let’s get next season’s dates nailed down ASAP so we can fuck shit up.
Click to expand...

workin on it, i promise! finally getting work shit out of my way to get the rest of what we talked about dailed.
Reactions: Turboyota

Looked into the tcase leak and stopped by ace for a bolt. Bolt was an easy fix, tcase leak looks like front drive shaft seal. Grabbed a seal, oil and off we go.

As I inspected, I decided on a whim to check the trans mount for play. Had some up and down... hmmm ok. Bushings I put in it weren’t “tight” to behind with and well, looks like they got eaten up a bit as well. Took some old poly bushings from the arms I extended and cut them down to fit. Made them a nice press fit into the mount and tapped the center sleeve home. Threw it back in, threw a new seal on the front shaft and filled her back up. See if she’s fixed once I get to work tomorrow 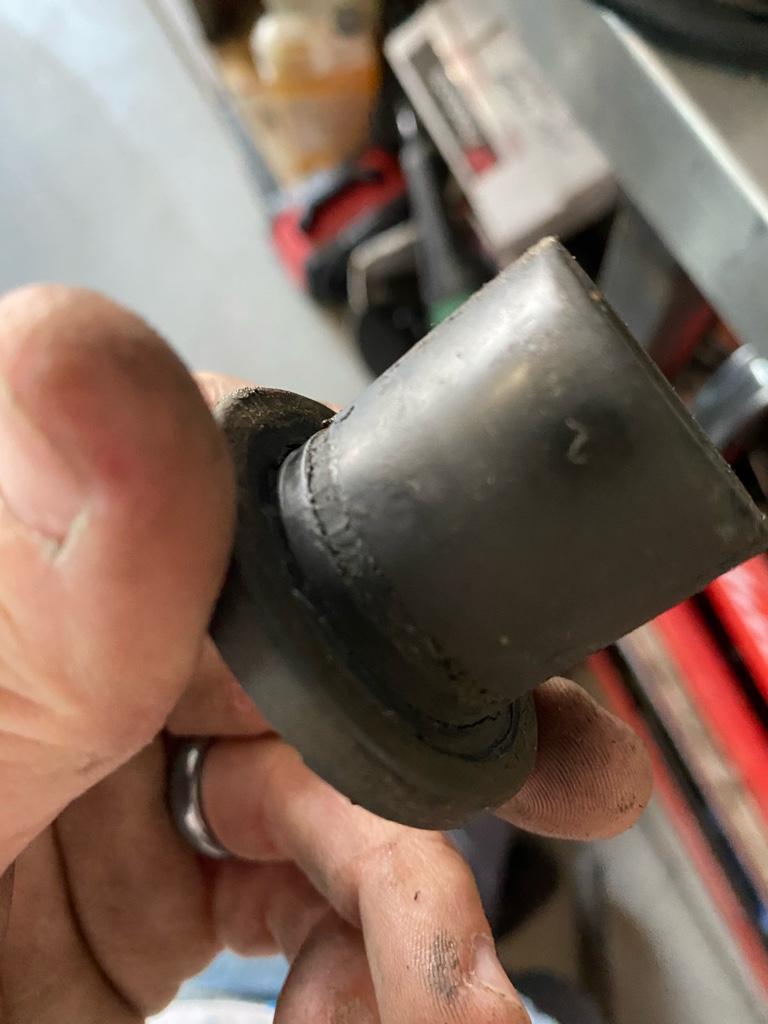 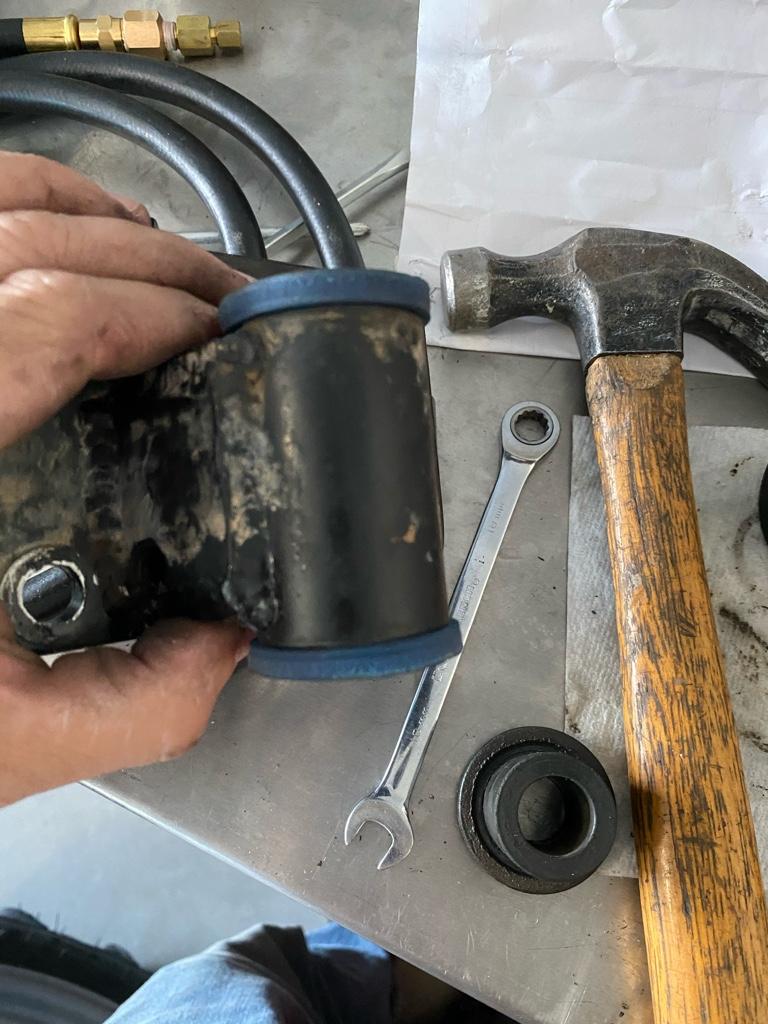 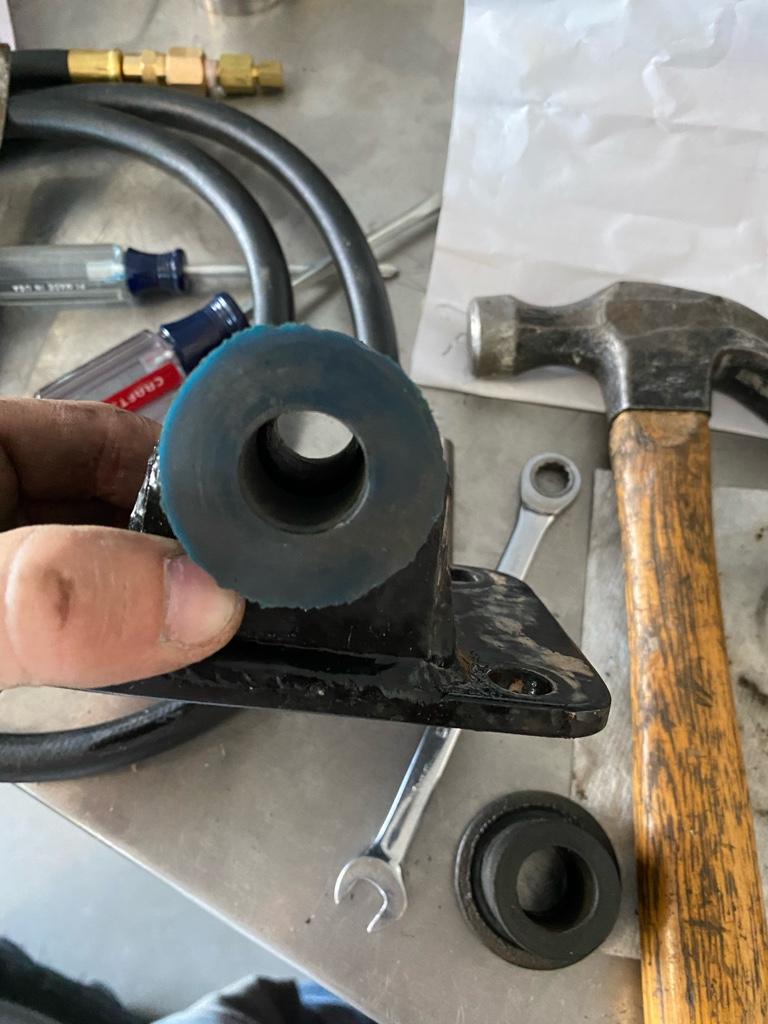 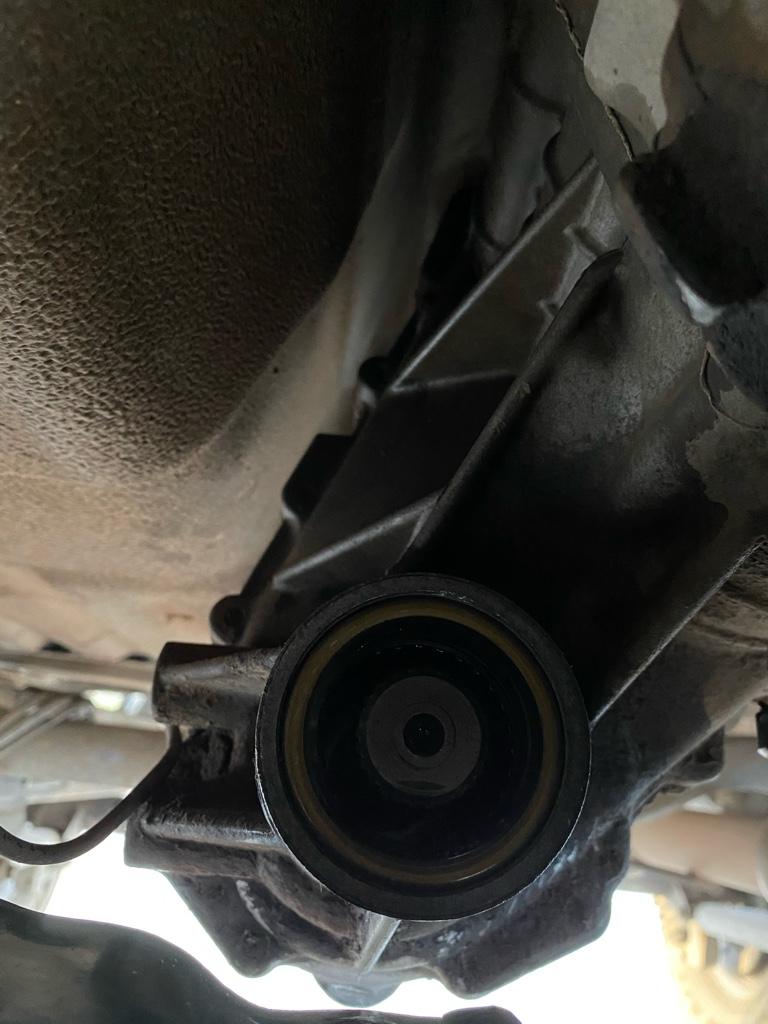 Must be nice to fix oil leaks that easily.. FML

GahnRacing said:
Must be nice to fix oil leaks that easily.. FML
Click to expand...

Your truck just has a built in corrosion inhibitor system. It’s a good thing.
Reactions: Turboyota, GahnRacing, A.J. and 1 other person

GahnRacing said:
Must be nice to fix oil leaks that easily.. FML
Click to expand...

ive paid my dues, ill take the easy ones when i can! had to replace the rear main in it a couple years ago in the middle of summer on my back... fuuuuck that!

So far its leak free, see if it stays that way.
Reactions: GahnRacing

Went up to cottonwood for 5 days to do some wheelin with other Suzuki guys (samurais and first gen trackers mainly). Ran smasher, smiley rock and broken arrow. Between them I’d run out front of the group and haul ass over the rough shit. Fuck going 5-10mph over that crap. Blew a cv on an optional like on broken arrow, repaired it on the trailer and proceeded to haul ass down a sweet fucking ohv trail leading back to camp.

Today, it is finally time for turbo. Had enough of the lack of power and once it’s done, I can build the engine cage for the new front end around it 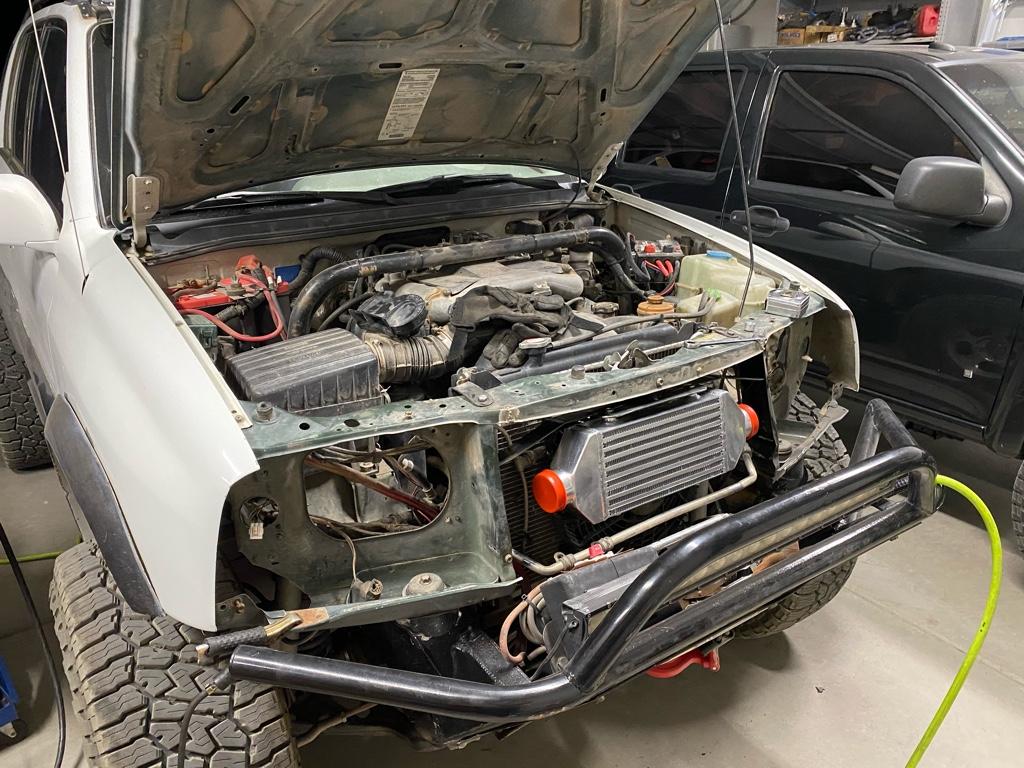 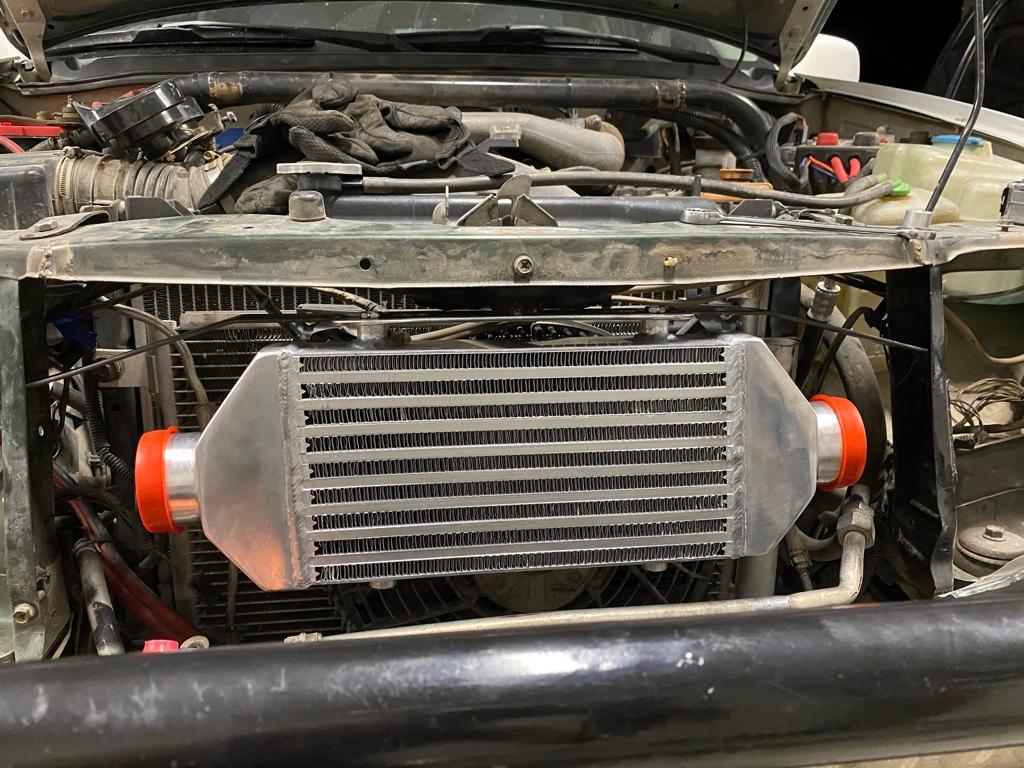 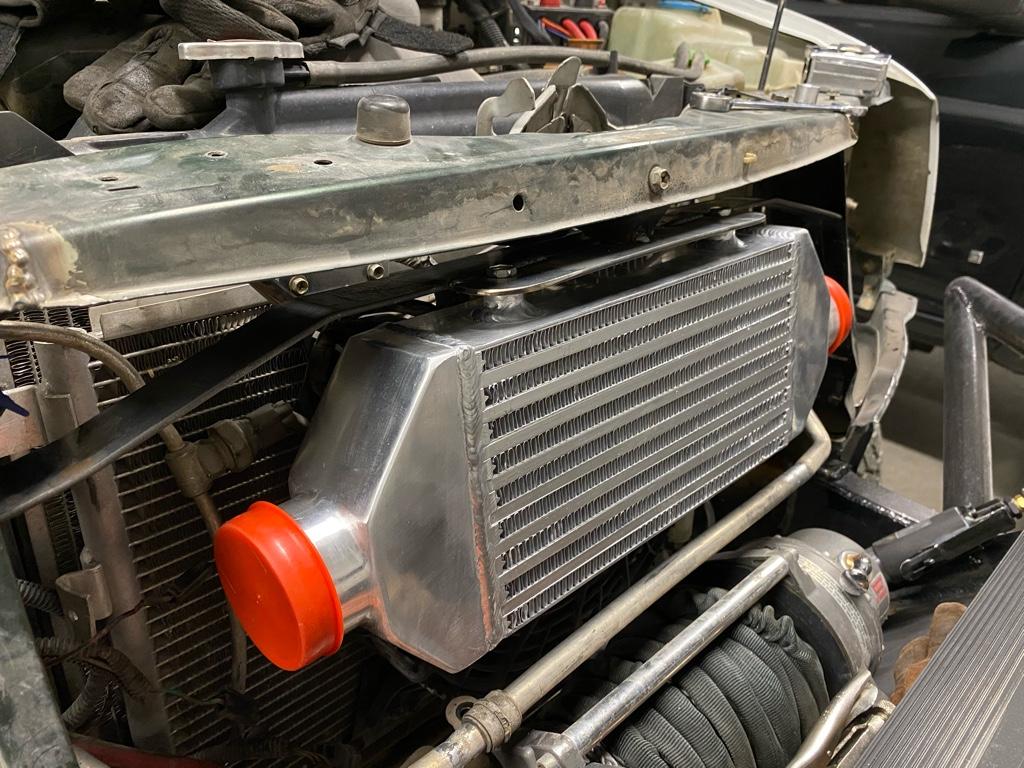