So for valving I was thinking I’d go .015 compression and .008 rebound. Checked my valving and looks like I’m only missing 2 shims per shock to do it too, sweet! Figured i wouldn’t have to do anything crazy since they are bypasses. The one piston I have has one bleed hole, plan was to purchase a matching piston, instead of having to purchase 2. Only issue is not knowing which piston is the right to order, so I’m probably going to have to make a trip to kartek to have them match it up.

Here’s what was on the one piston I had 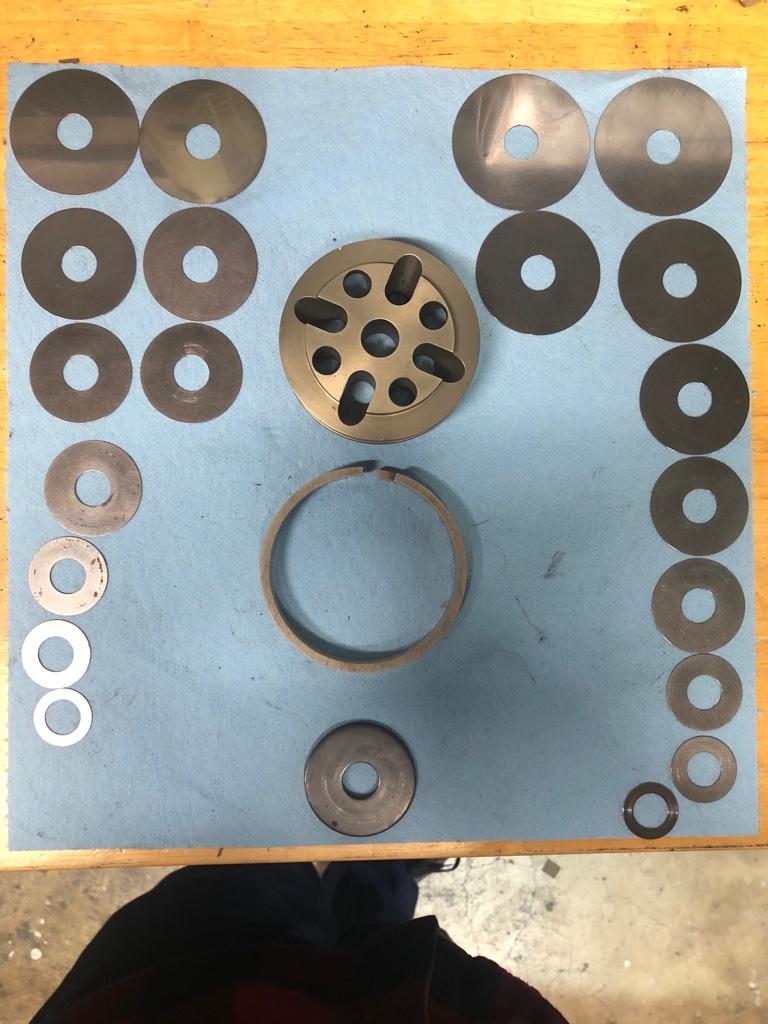 sorry these are for the rear, Already have the stack you and turbo worked out on the front. but that wasn't it haha.

Well, it was a good starting point.

Should I buy a matching piston and tap/plug the bleed? or buy two new pistons with no bleeds in them?

Matching Piston and plug the bleeds. That way if you need less low speed you can open them up. If you do the bleed in the poppets I doubt you will have to though.

Just made $190 turn into a bag of metal, still don’t have all the parts I need for these shocks. But looks like I just need shafts, and a piston, and some back-up washers now. Mayyybe a some seal kits, gotta are what I have left over. I picked up seal heads and end caps and both were loaded. So now I just need seals for the resis which I should have. 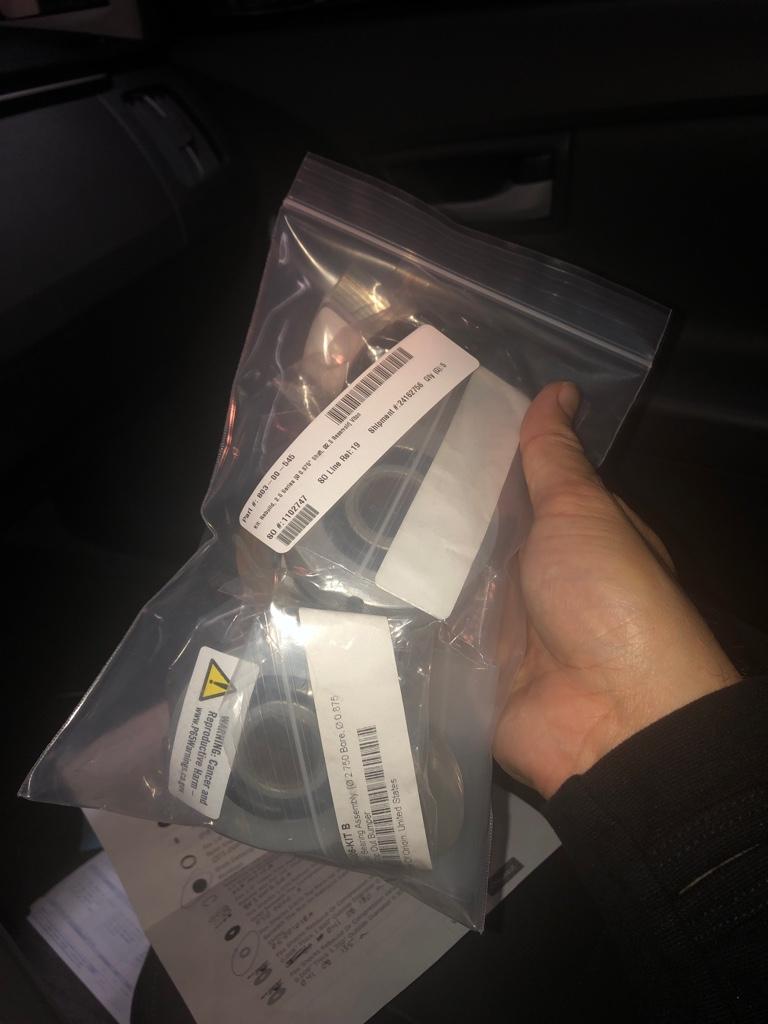 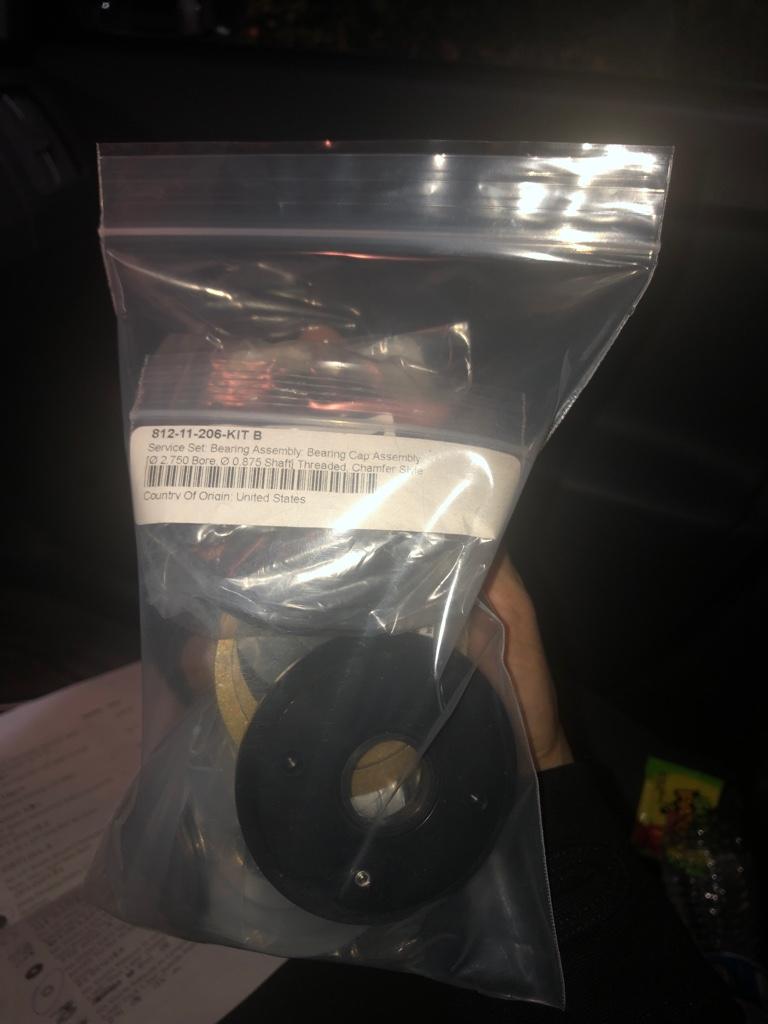 Sent from my iPhone using Tapatalk

these shocks are turning out to be more expensive than I initially thought, but should still be far cheaper than buying them complete, even used. This was yesterdays haul, 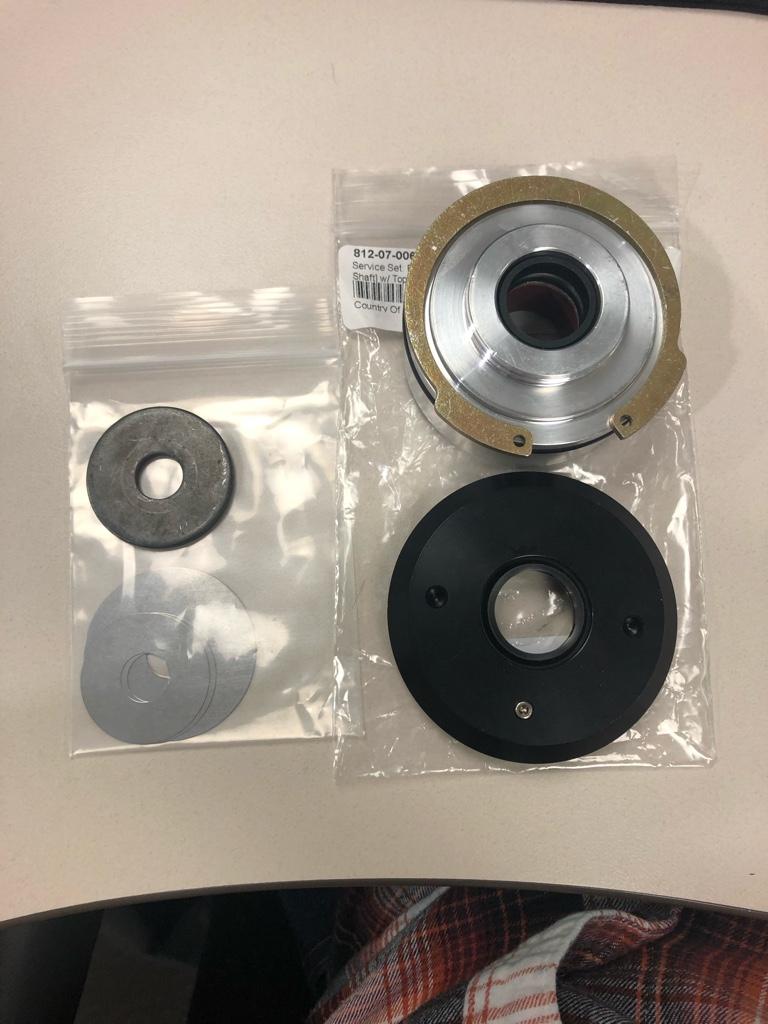 Ended up buying two seal heads even though i was only missing one. but the new one was different so it made sense to get two. 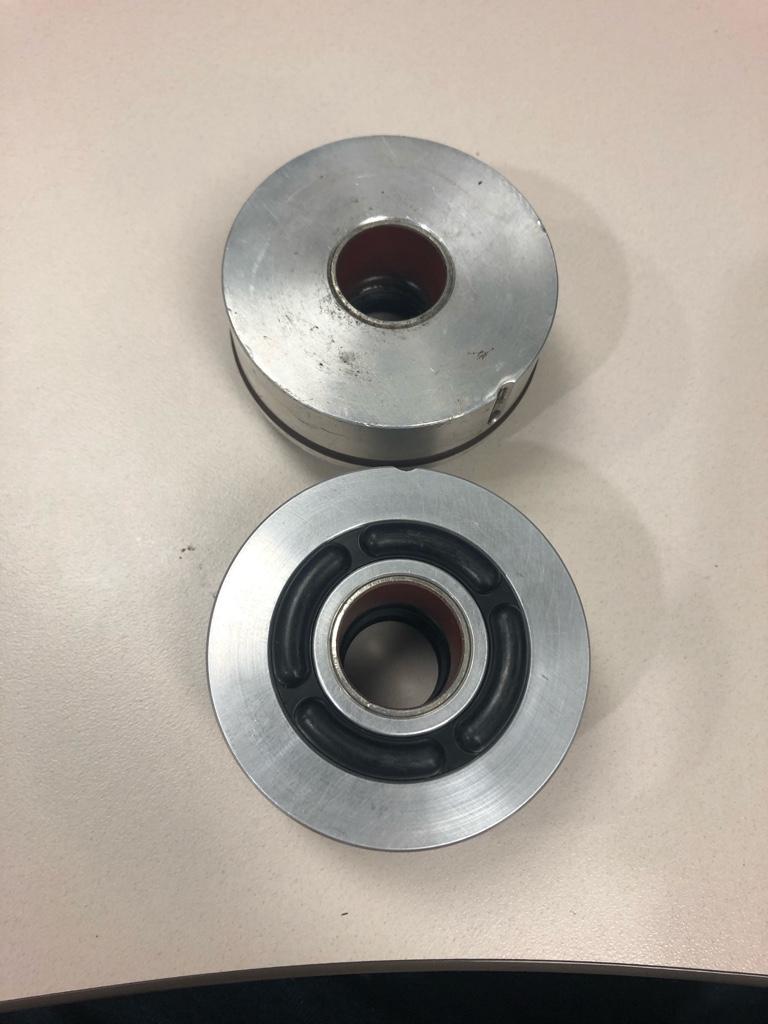 Also going to need 2 new shafts, as the one i have has some pretty good scars.

And I'll need to get 2 pistons as well since nobody (that i can find) has the right one. Its the old style with the thick nylon wearband. So Ill have to convert to the o-ring/thinner wearband, which should be better anyway, plus both pistons won't have any bleeds in them, so no need to drill/tap. gonna pull the bypass valves to check for bleeds. Going to have too hold off on the purchasing for a bit too as its going to be an expensive month as it is already lol.

Pulled the bypass valves out of the can 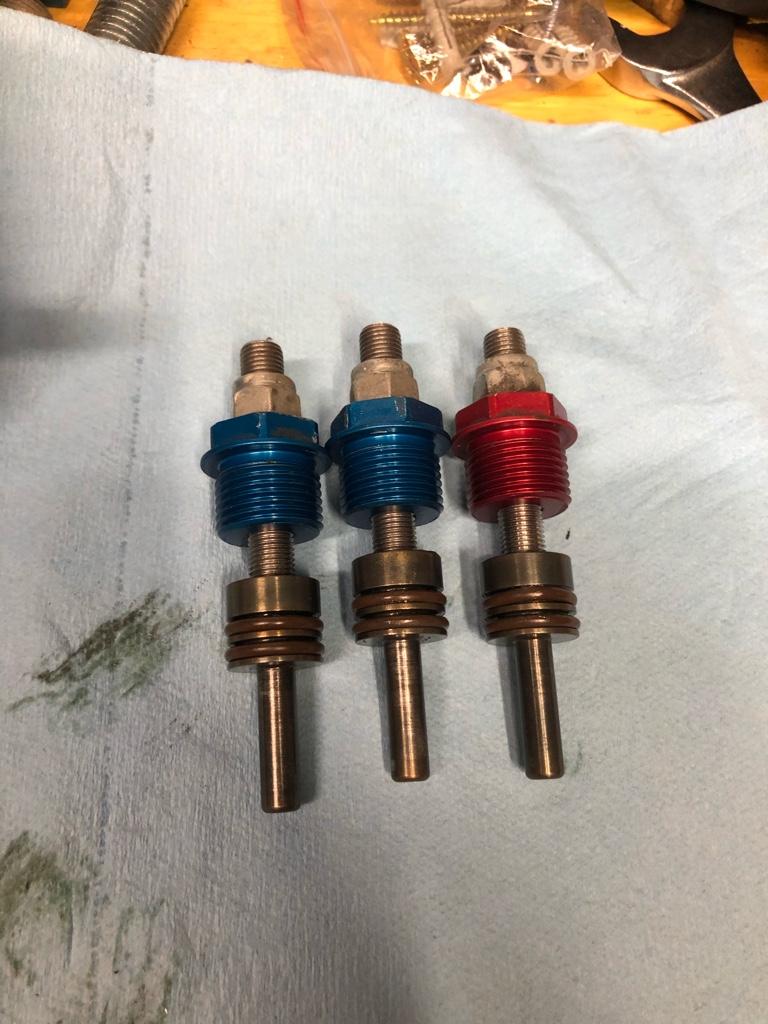 What’s missing? The parts aren’t too expensive, but there’s 6 of them...