Some more progress on the interior today. Made some plates to mount my iPad and spot tracker to the dash. Used 1/4” aluminum on top and bottom of the dash. Just need to get a longer ram arm to get the position I want. Then I mounted my race radio head in the factory radio slot. 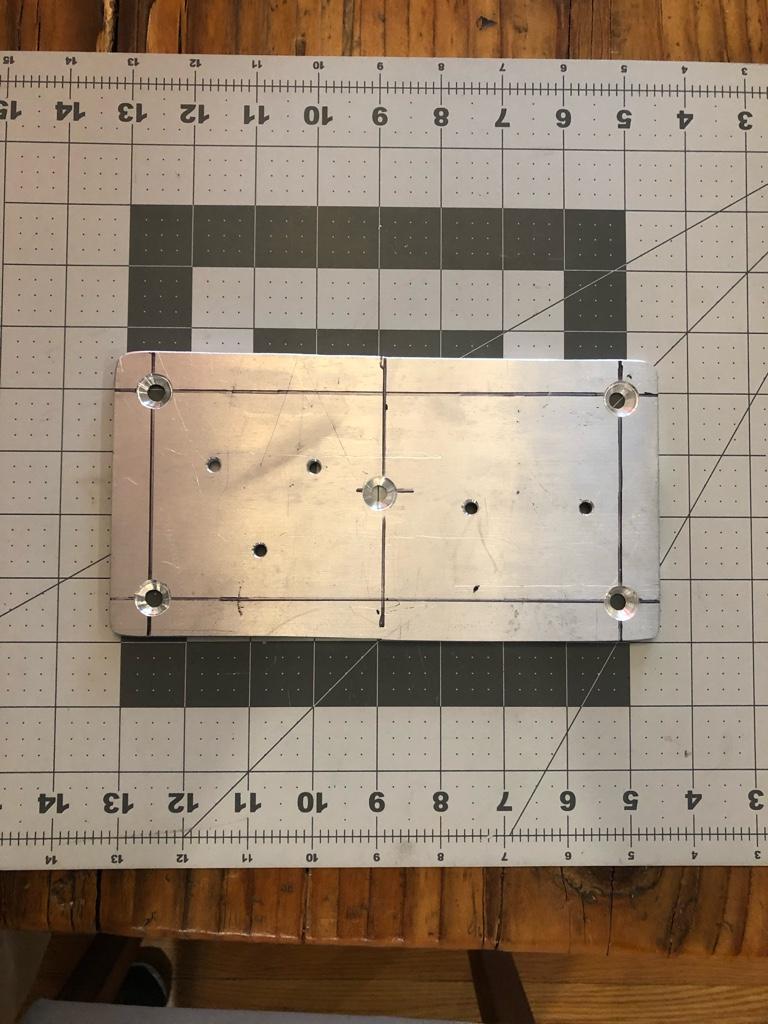 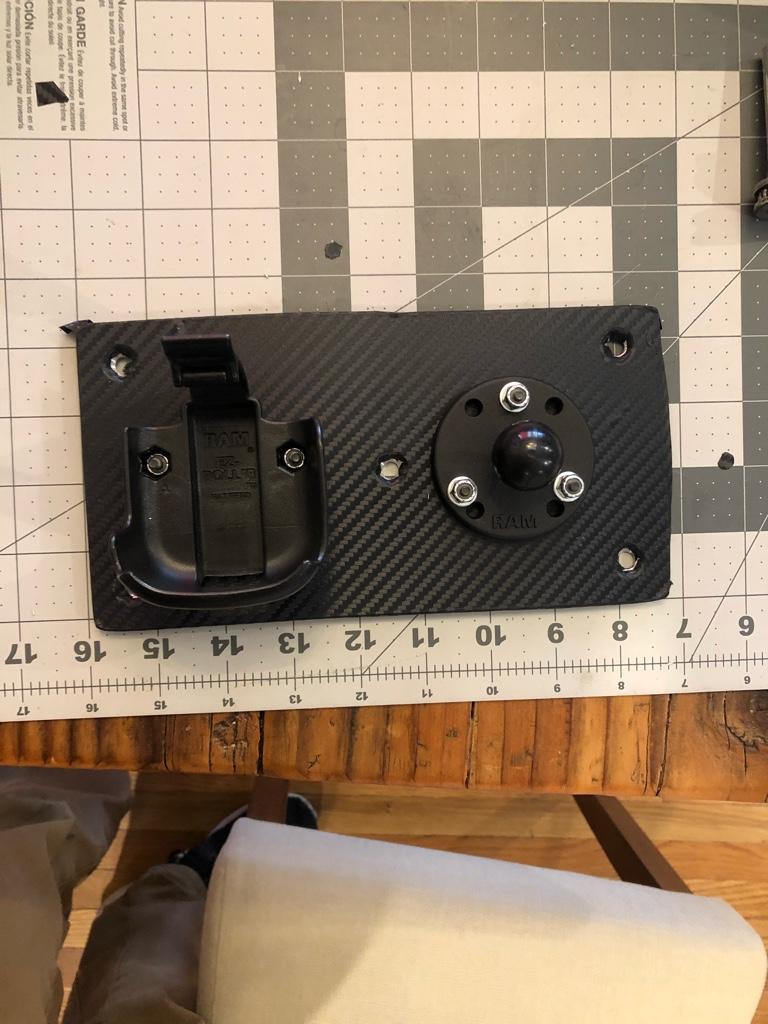 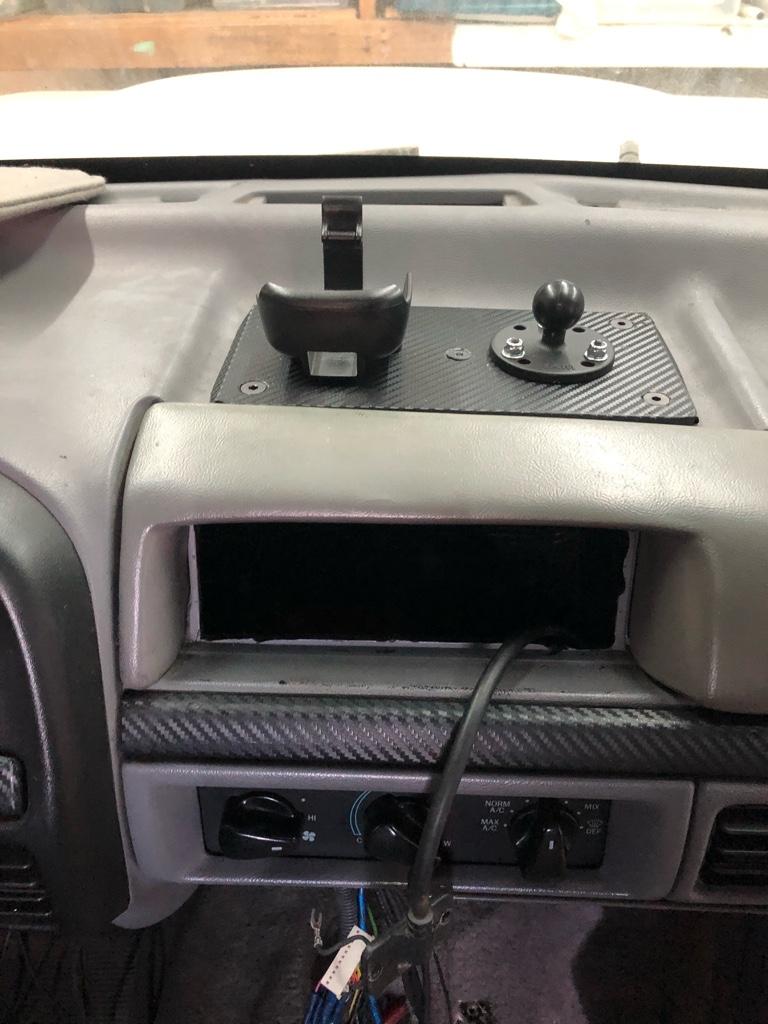 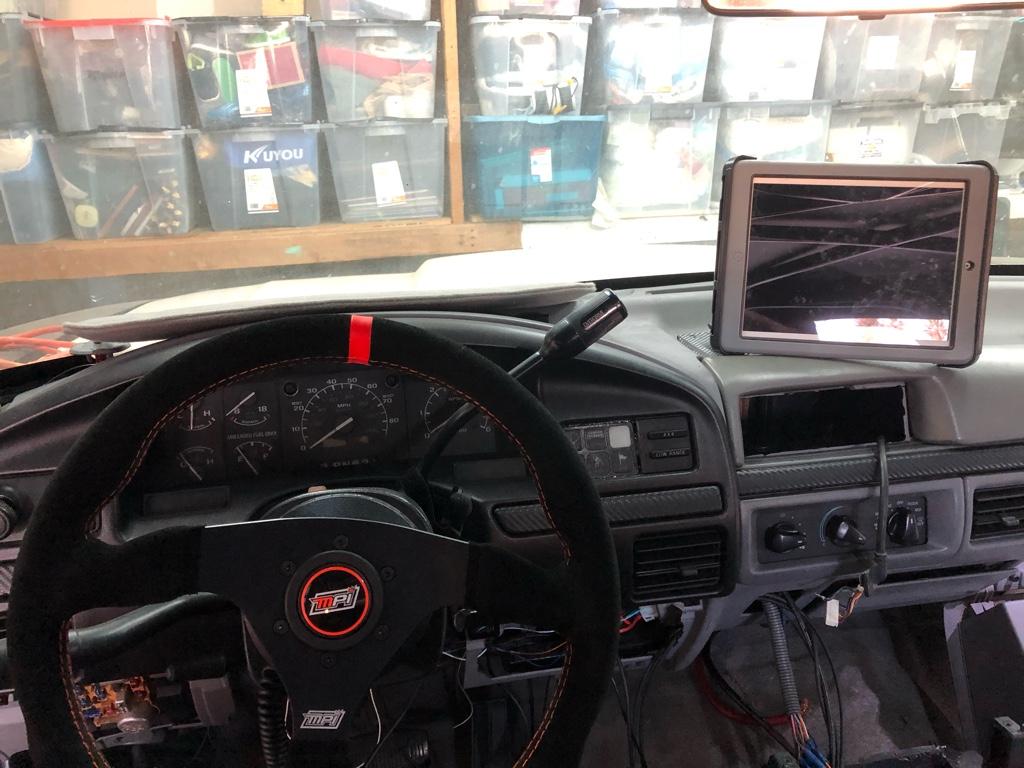 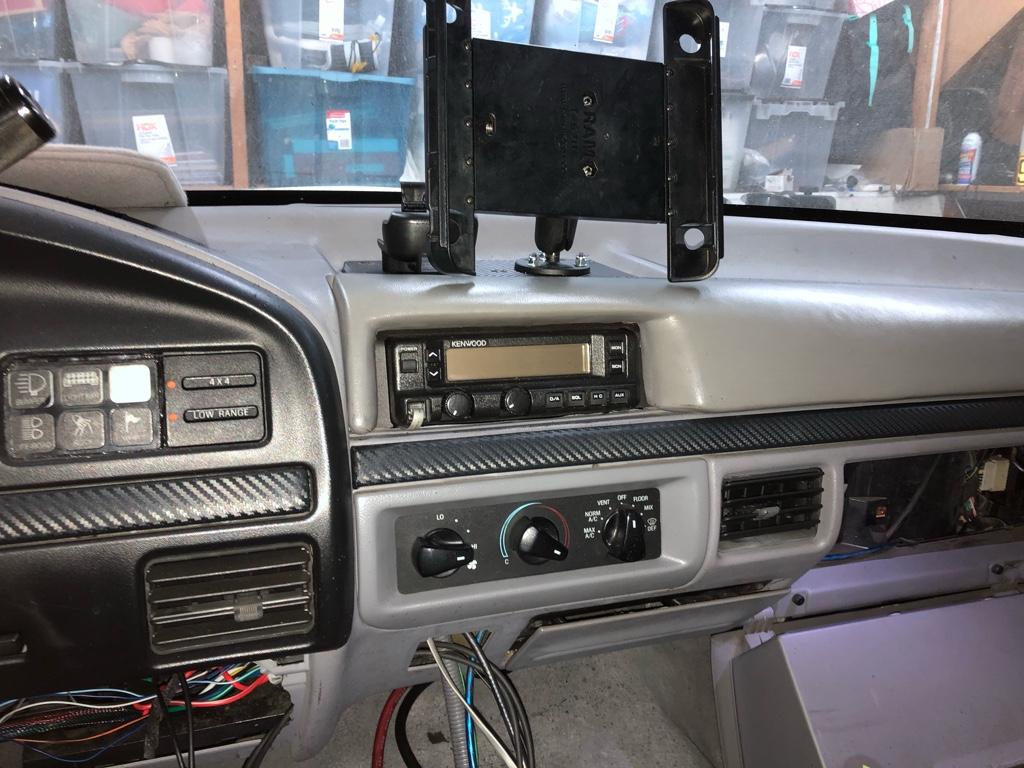 Had to stop here due to rethinking how I want to wire everything and not having everything I needed. So I moved onto the passenger seat base. Got it all set but don’t want to put the seat on yet so I have room to do the wiring and center console. 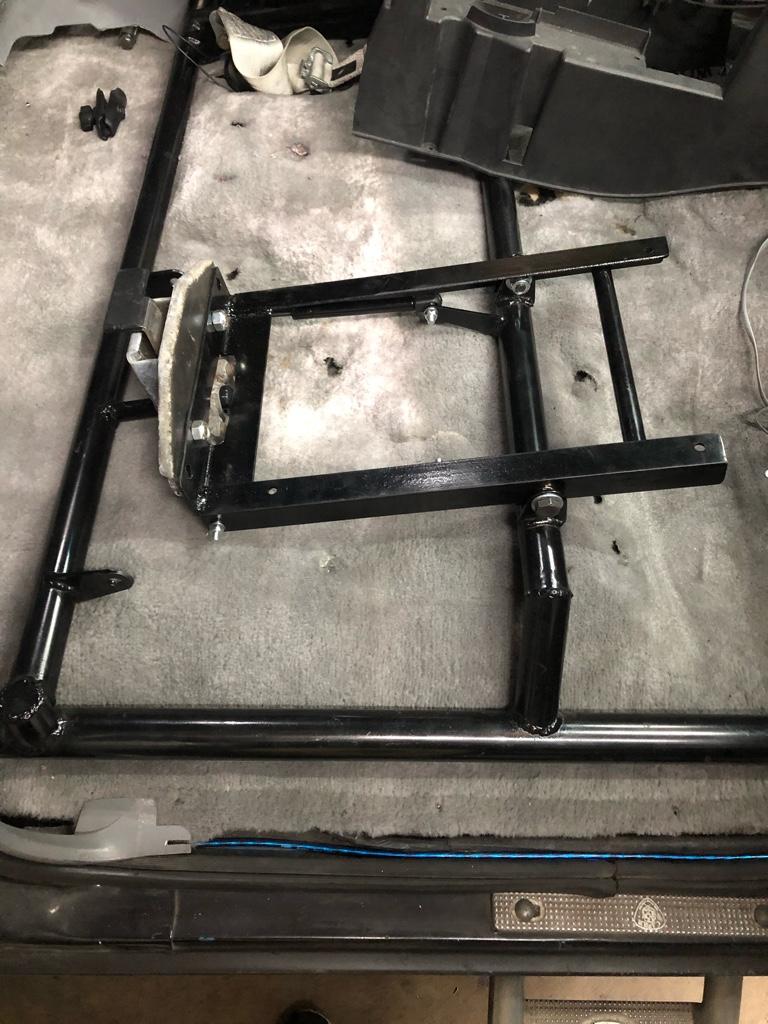 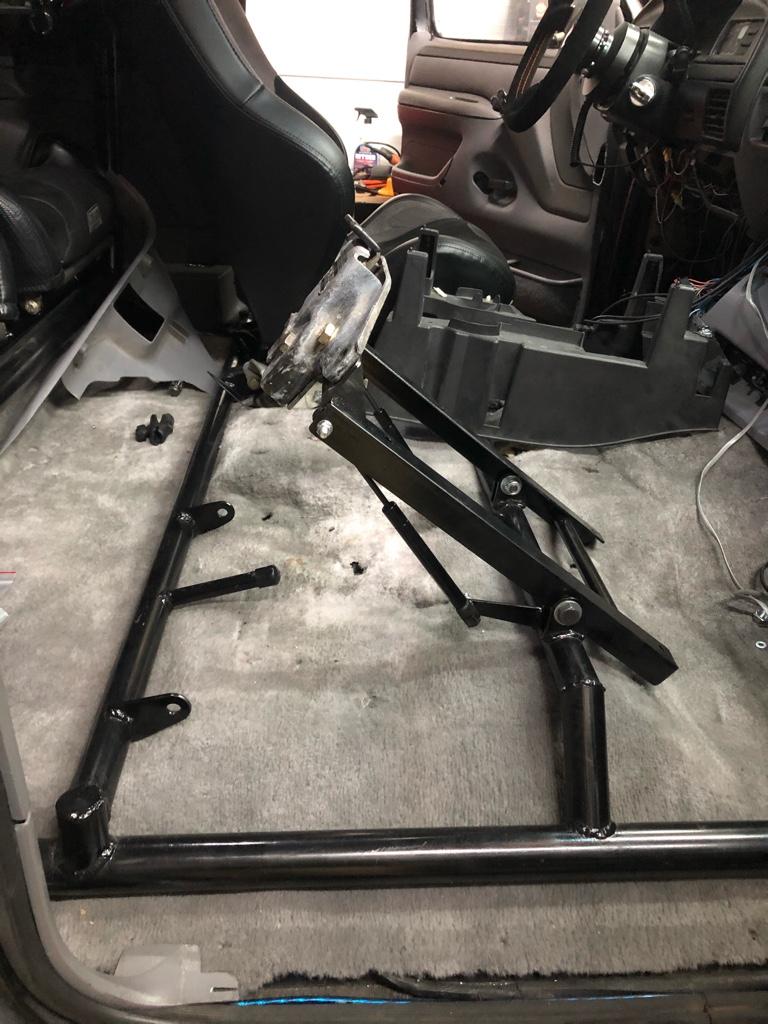 Also got the rear and driver harnesses installed. Unfortunately won’t get much, if any time over the holiday to work on it but will be able to make progress next week.

Does DR have an award for the most plastic bins?
Reactions: mikey09120, FasterNU, Jester9 and 2 others

bullnerd said:
Does DR have an award for the most plastic bins?
Click to expand...

If so I’ll put my name in for the running! Wife hates getting rid of things. Most of it has been boxed since we bought the house.
That shelf holds 40 of those 12 gallon bins.. When we ran out of room, I bought those vacuum bag deals. Reduced to about half the bins. Ran out of space again (kids clothes/toys) and I went through my old work stuff which killed a couple bins. Next is project stuff. Anybody need random SBC or Offroad parts? Keep an eye out in the free stuff section.

yltaco05 said:
If so I’ll put my name in for the running! Wife hates getting rid of things. Most of it has been boxed since we bought the house.
That shelf holds 40 of those 12 gallon bins.. When we ran out of room, I bought those vacuum bag deals. Reduced to about half the bins. Ran out of space again (kids clothes/toys) and I went through my old work stuff which killed a couple bins. Next is project stuff. Anybody need random SBC or Offroad parts? Keep an eye out in the free stuff section.

Hell yeah dude! Better than that crap all over the garage.

Very productive week over here. Was able to knock off lots of little and some big items off the list!

First I got the hood and hood pins installed, and replaced the fuel filter and pressure regulator as I was having some fuel delivery issues 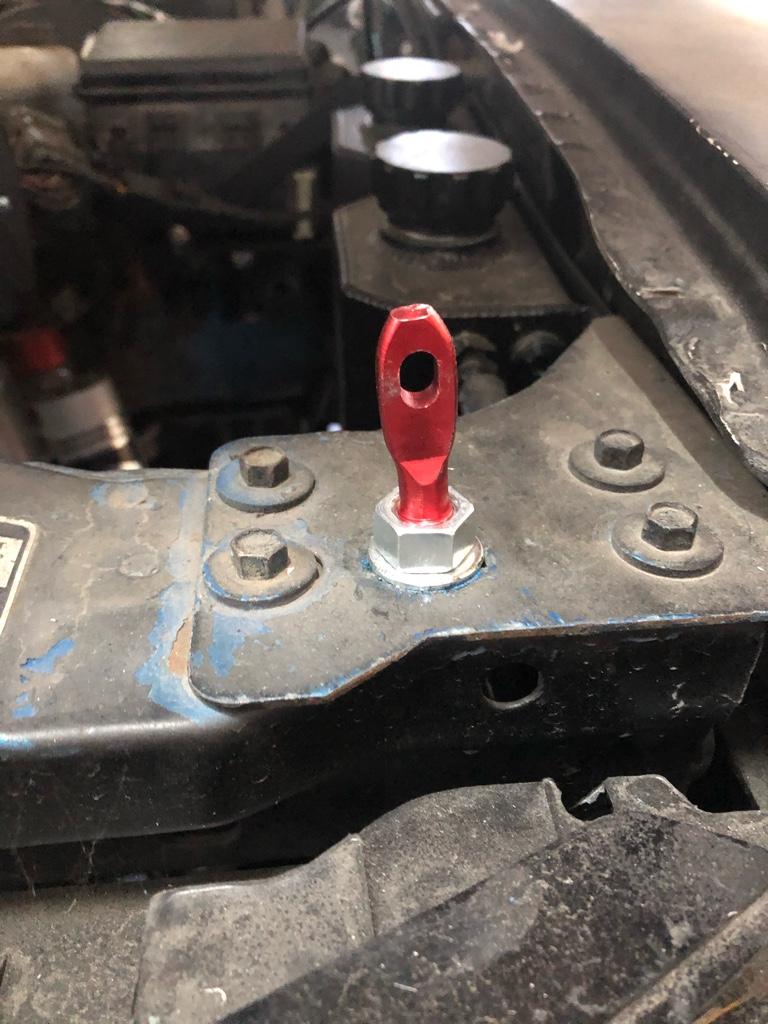 Then I started installing the center console and wiring. Started with running 4g wire into the cab and into some distribution blocks. This will then feed the stereo amp as well as the added fuse blocks. Ran out of 8g black wire so I added some heat shrink on either end so I know which is which. The amp gets 8g and the fuse blocks get 10g. 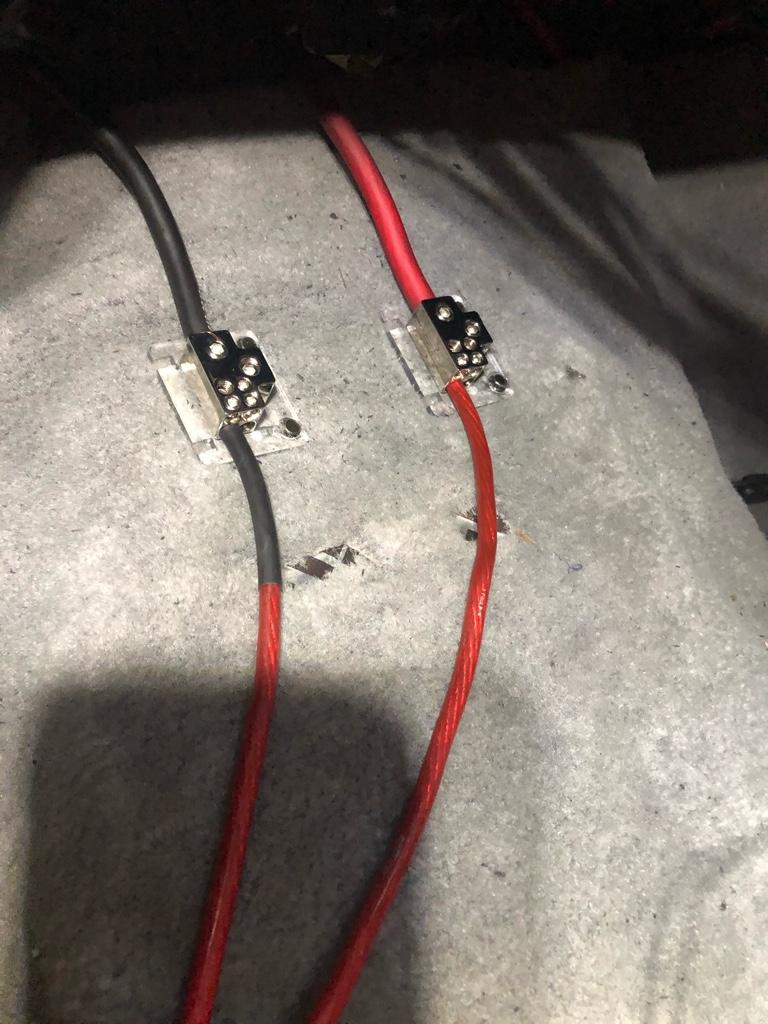 The amp is a 4ch powering the front speakers and 8” sub, which is in the center console. The rears are powered by the head unit directly. 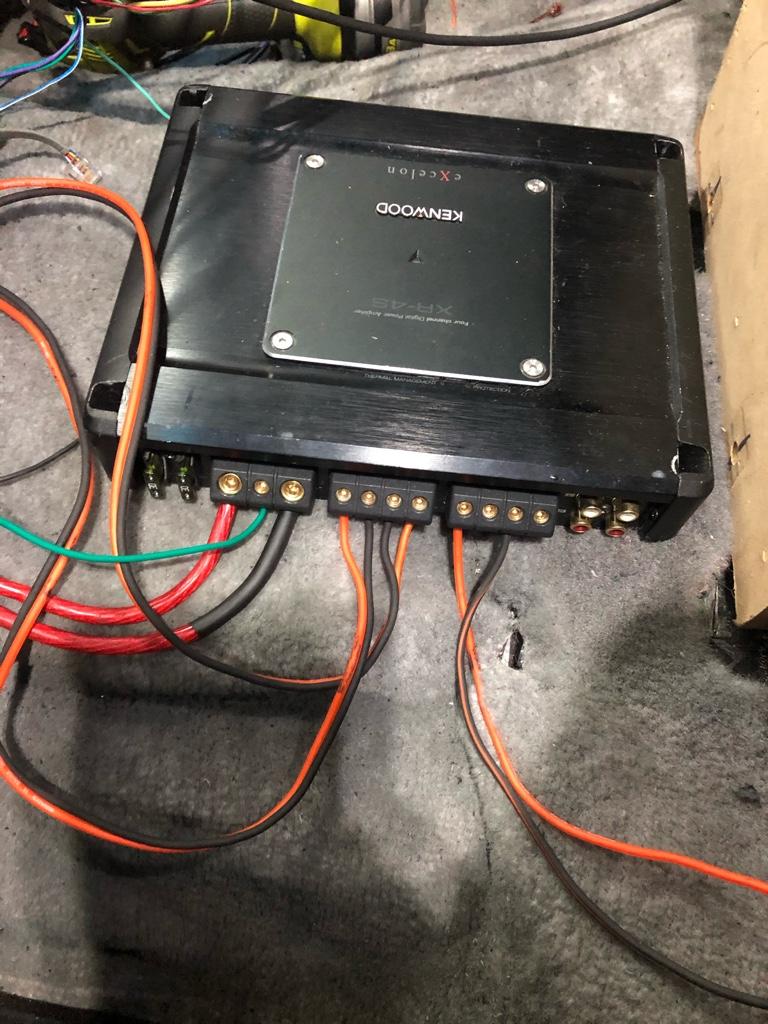 The left fuse block is constant power and the right is ignition power. Not seen is a 120amp relay to switch the right fuse block. You can also see the top of the sub box. The usable space in the storage compartment is only a few inches high. But that’s plenty for my as I don’t want to have a bunch of stuff flying around in there. Also the main 4g wires will be routed to the second battery when I get that installed. I removed the stereo from the factory circuit and routed it through the new fuse blocks. This way i can separate mission critical circuits from the accessories. In the event of losing a battery, or blasting the music too long, I can still fire the truck up and drive. There will be an automatic charge relay controlling the switching of the two batteries. Simple and effective. 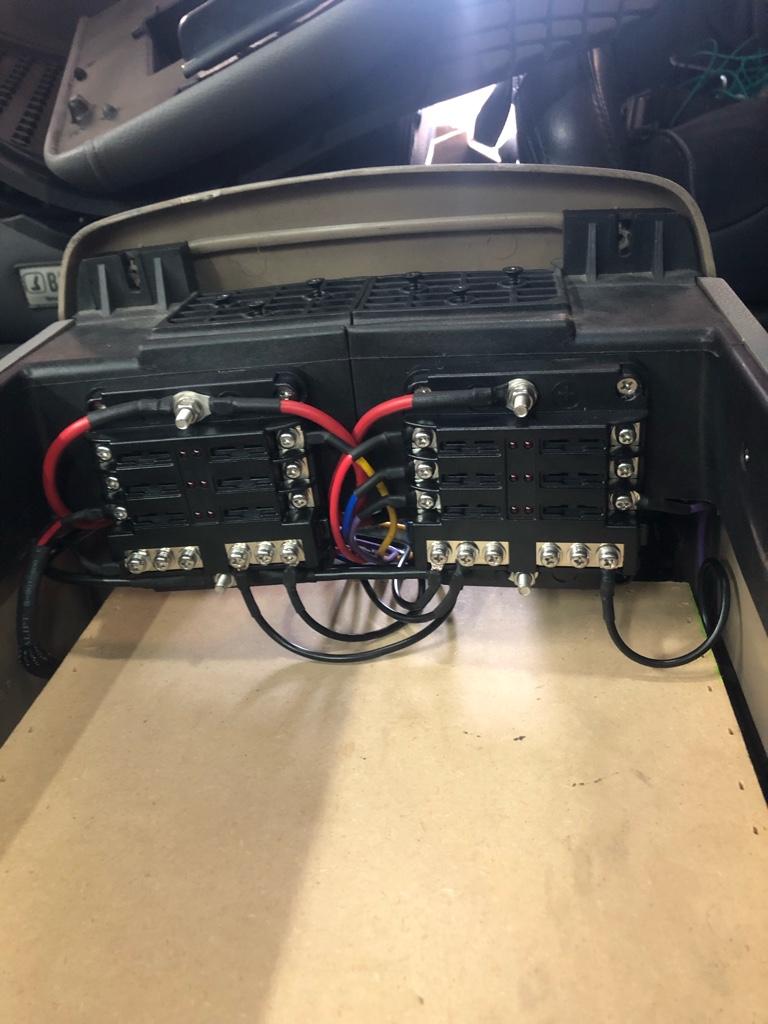 After the wiring was finished I buttoned up the rest of the console. Installed the head unit, cutout holes for the usb charger and vhf radio mic and mounted the mic clip. 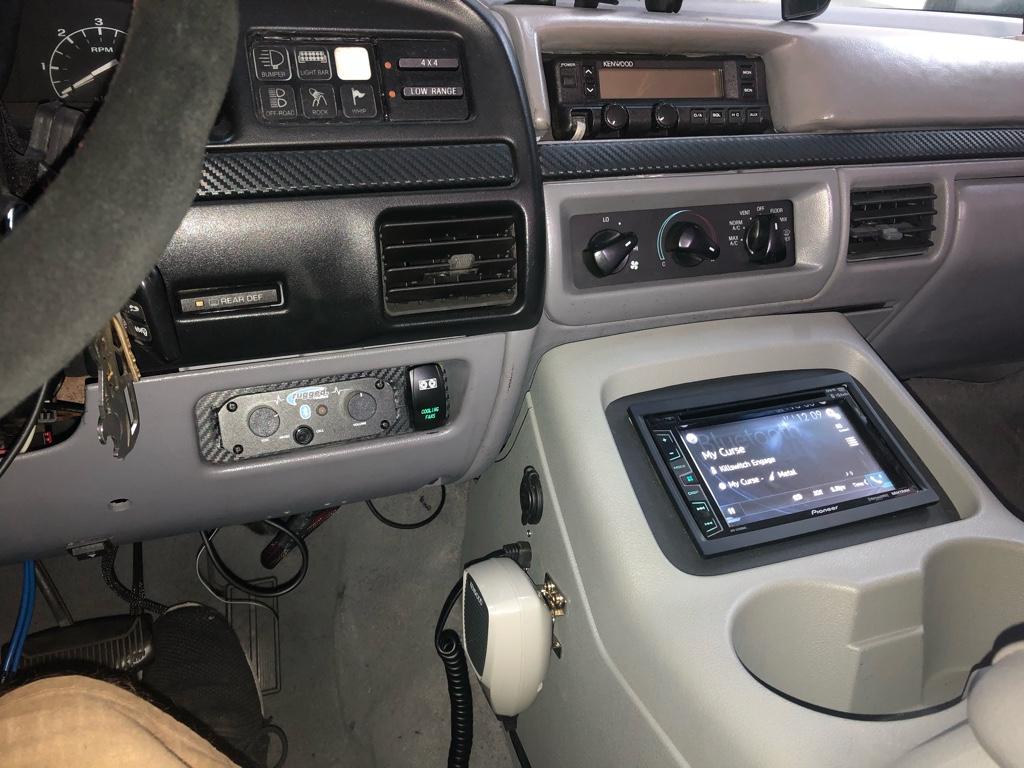 Cleaned up the rest of the wires, vacuumed the interior, and trim to fit the universal floor mats from Costco. 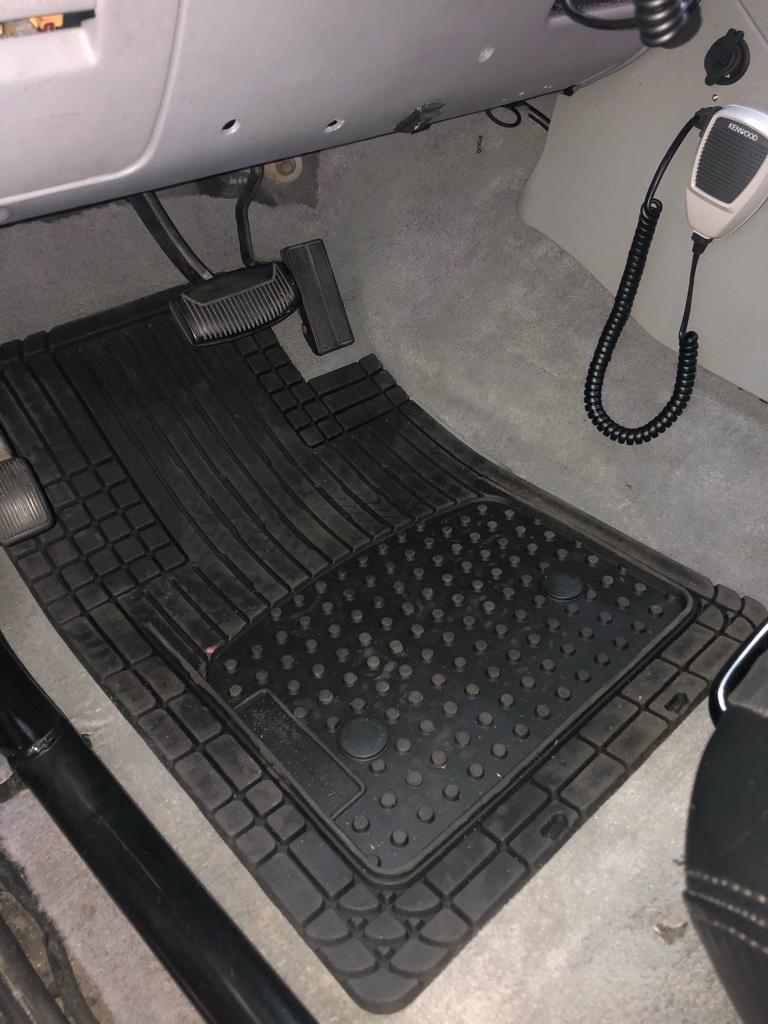 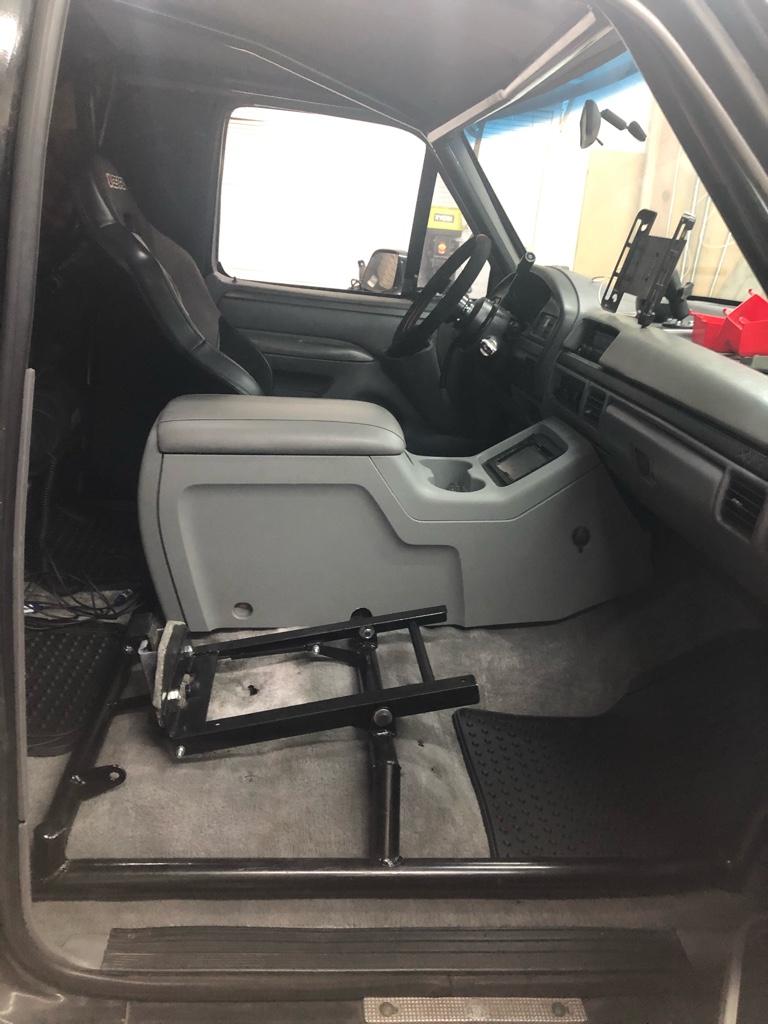 Since the fans now had power, I ran the truck till it got to operating temp and performed the KOEO and KOER tests. Came back with a few codes but all but 1 were not concerning. High idle, can’t control idle, or something. So I cleaned/tested the IAC. The other codes were for the fuel pump relay (pulled it to change pressure regulator and filter), vss (wasn’t connected) and egr and smog pump (both deleted).

I then installed the vss relocator deal, and what a bitch that was. Some instructions would have saved a hell of a lot of time. Ended up installing things in the wrong order, which meant I did it about 5x before actually getting it right. Also tied up some loose wires along the frame rail, bolted down the fenders, and other small loose ends. Performed the tests again and all was fixed. Only codes are the egr and smog pump. Sweeet! Time to take this baby for a drive! 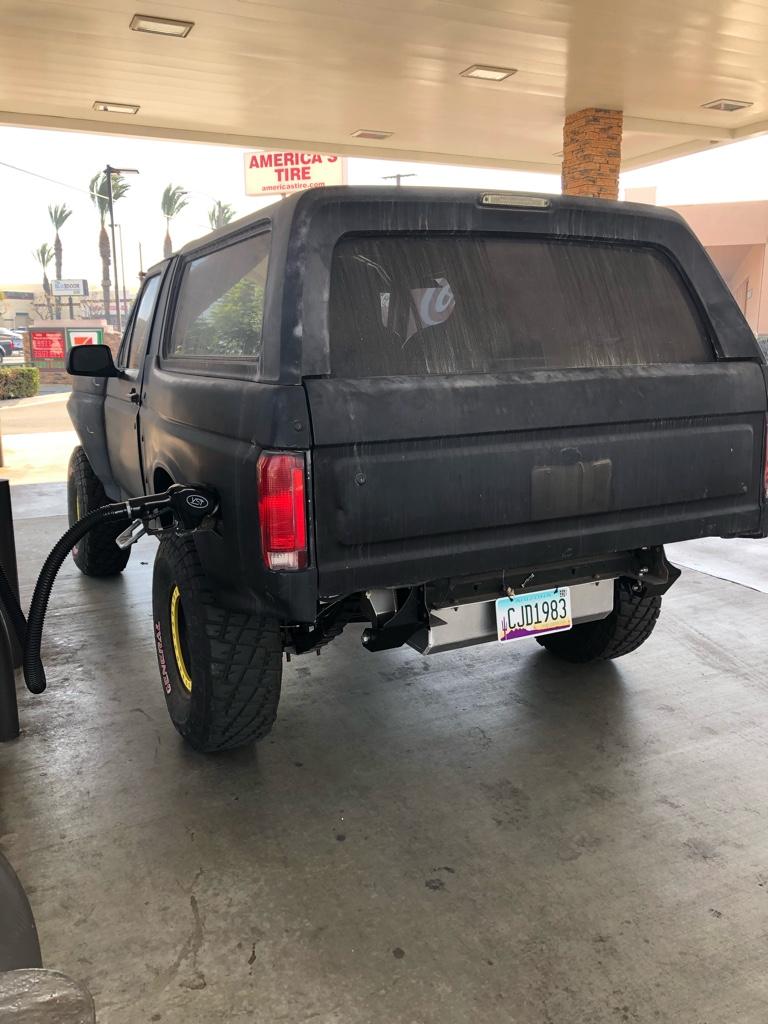 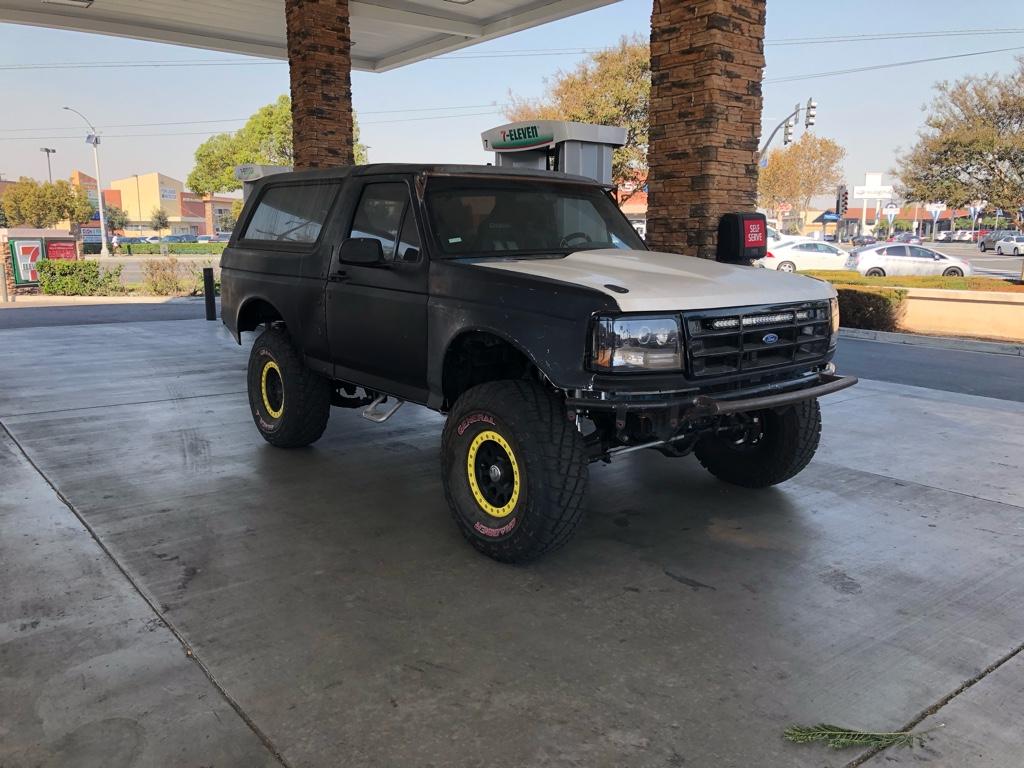 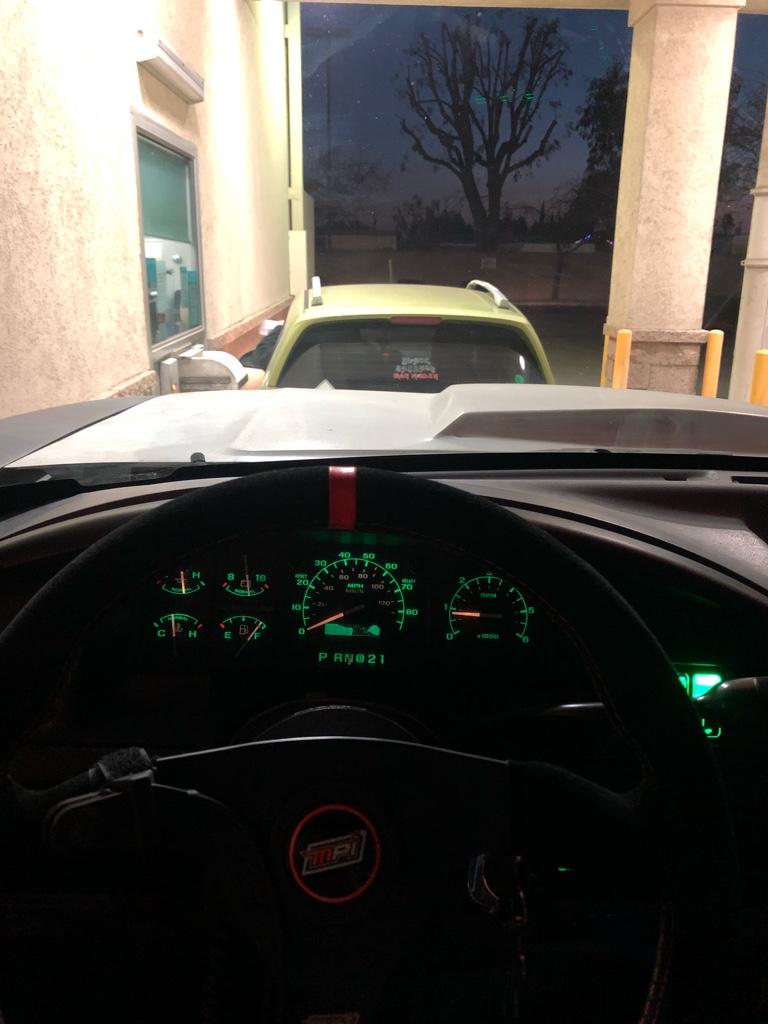 This felt damn good. Took it on three little trips in total around town. Nothing crazy yet. Theres still some things I need to do to take it on the freeway and such but it’s getting close.

Only issue of concern is it sometimes feels like it’s breaking up under accel. I’m thinking I advanced timing a bit too much when I did the top end last year. Gonna check it and adjust accordingly and hopefully that takes care of it.

That interior looks great! Wouldn’t guess the interior would be that cleaning looking at the exterior, haha

what plans ya got for paint?
Reactions: yltaco05

The first year I had it was also the first year being a parent. I only got 30 minutes every now and then to work on it. So I spent a lot of that cleaning,replacing and upgrading the interior. I’ve yet to touch the paint which is plastidip that’s at least 3 years old.

I was gonna send it off to paint about this point, but I’m going to hold off and drive it a bit first.

Either going to maaco or those shitbox painting guys. Already talked to them and their pricing is decent but it’s a haul down to San Diego area. Now that it’s driving I’m going to take it to maaco for quoting. Plan is for Ford avalanche grey. 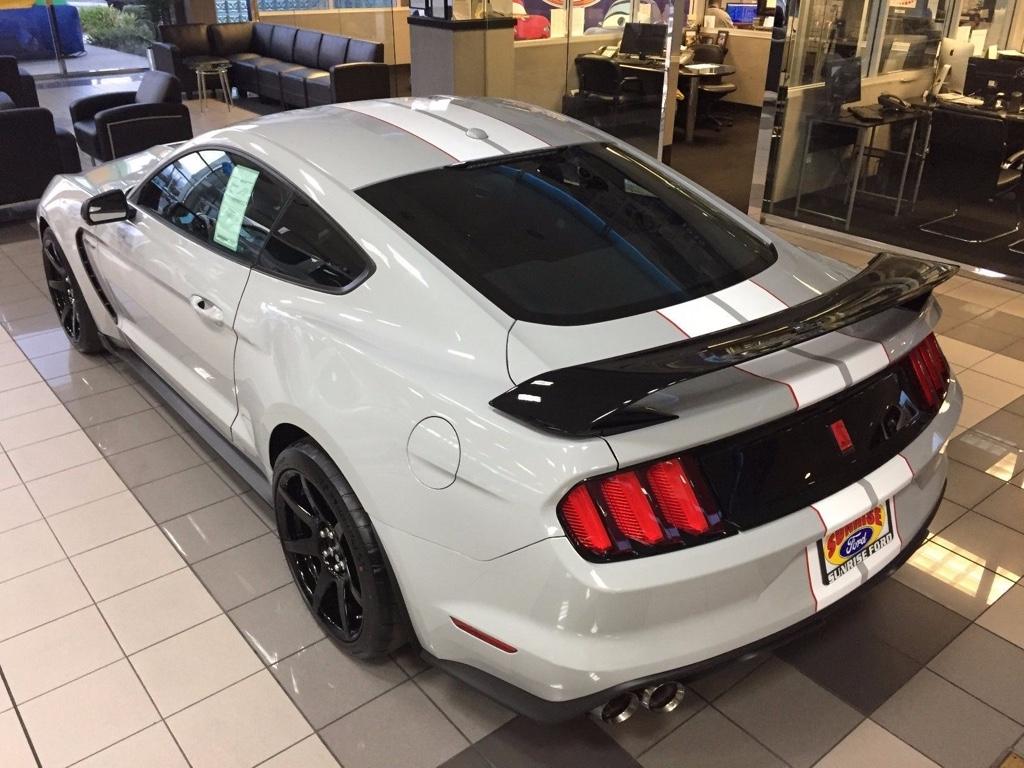 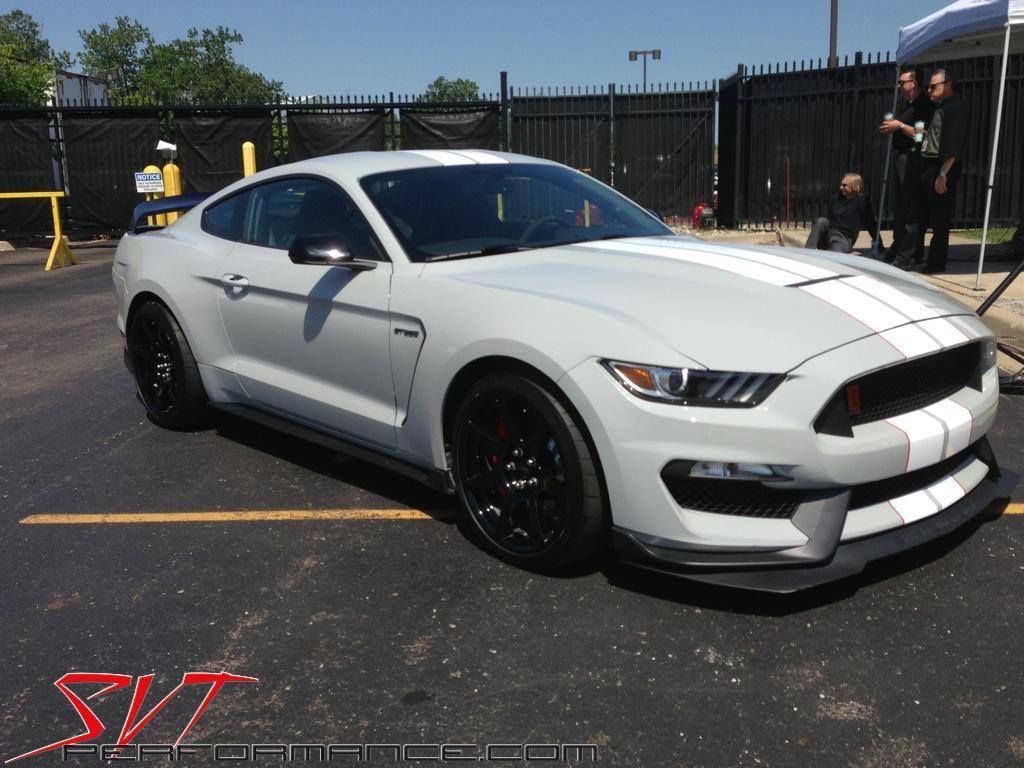 Dude I love it! Your Bronco came out so bitchen! The interior is bad ass and comfortable!!
Reactions: yltaco05

Thanks man! I appreciate it. Lots of time was poured into it and it’s starting to pay off. Next phase is drivetrain and paint. After that she will be pretty much mint