26 miles of real, dirt testing at the Gieser Loop today with Roman.

Not really sold on the mob armor magnetic mount after driving in some really rough stuff for a little while. The iPad never fell completely off the mount but, it would jump around and slide around on the magnet. Roman told me to take off the rubber casing on the magnet so that it's metal to metal. It helped a little bit but, still moved around.

Stupid DR won't let me upload vids from my phone. Nothing good but just figured I'd post them up


Really don't want to retype up a post about it so, I'll just copy and paste from my IG post.

Good 26 miles down on the PussyGetter today at the Gieser Loop (in REAL dirt) with very MINIMAL problems! Of course I got a nice big ol metal sliver in one of my tires. But, if you are familiar with the Loop, not surprising. Hah. I noticed a brake line fitting broke/got mangled up on the rear end when I loaded it up and, another PS leak in a spot I've had a problem before. So, nothing killer or a big issue.
I had a fucking blast but, I think Brogs' had even more of a blast! Once he's strapped in, headset on and starts bouncing around.... Game over. He giggles ridiculously out loud and says how much fun it is/he loves it!

It's not very often I get to use it for what I built it for, but when I do..... It's an AWESOME FUCKING FEELING! Even more awesome when you're kid shares with you how much he loves it!

Thanks to Roman for coming out today as well! 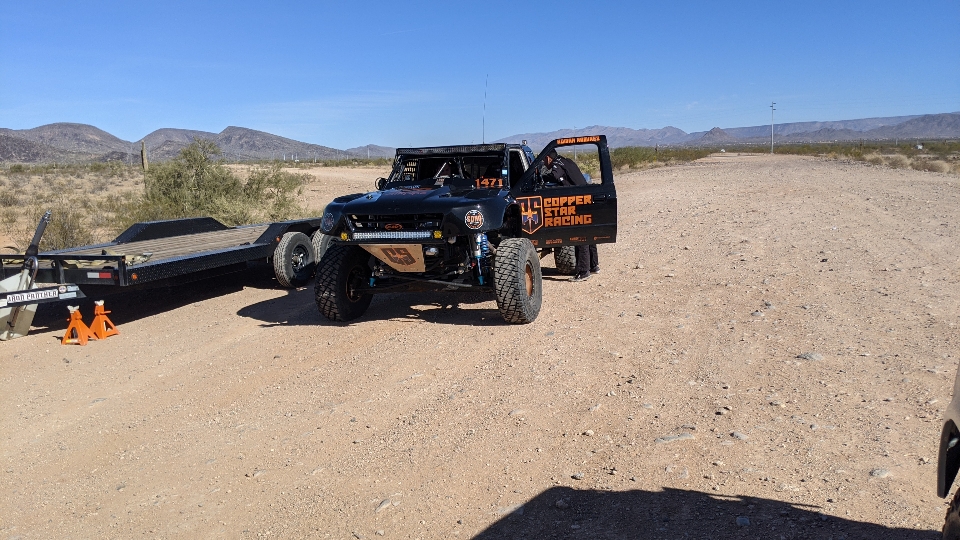 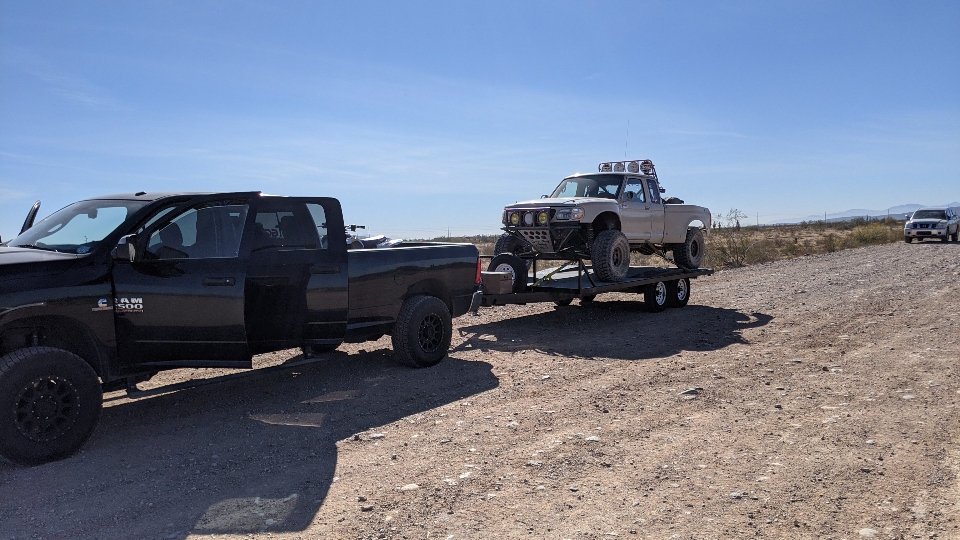 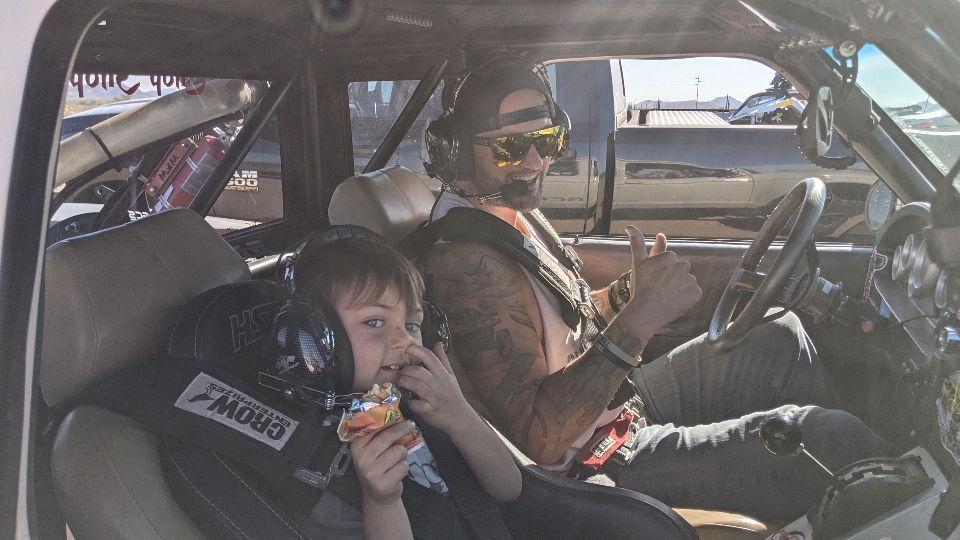 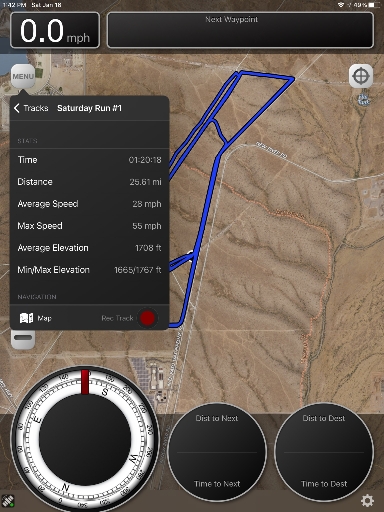 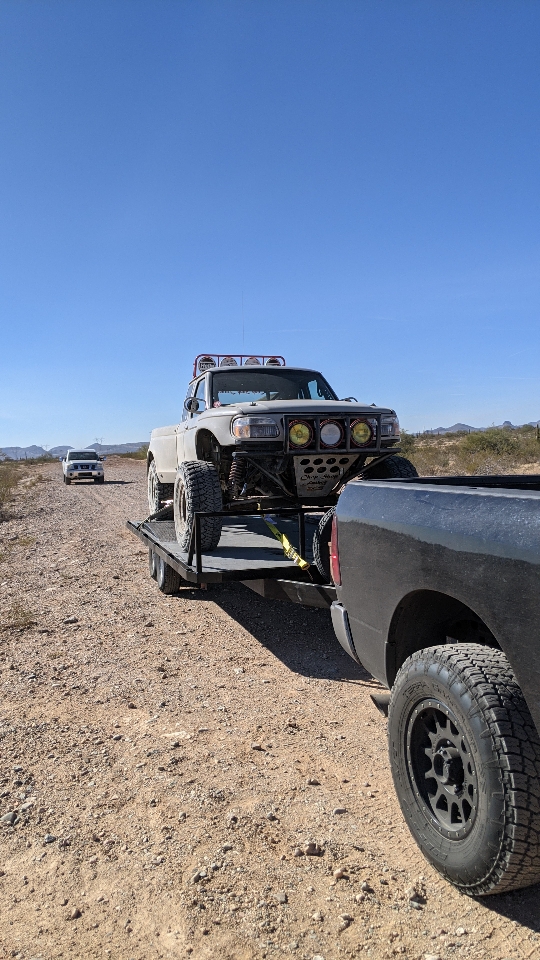 Glad to hear it is working out for you
Reactions: P.R.exploder69

P.R.exploder69 said:
Dirt miles = just driving off paved roads in my neighborhood to show off and get thaaa puss

Sent from "someone that you know's" poonany phiZZZone
Click to expand...

forgetededed to ppost the few pics i took. nothing good but, the car sure is seexaaaaaaaaaayyyyyyyyyyyy

As far as the PussyGetter, just a quick update so that its written down when and shit.

I took the insurance off it a few weeks ago to save a little money since i wasnt driving it THAT much on the street. papa was looking at the PS pump leak again and stuff and he took it off and i brought it to my buddy, who works at Benchworks Steering here in AZ (good buddy that always taken care of my PS ishysss) and i brought him an old PS pump my dad had that wasnt using for the car and he's going to do some crafting with the lines and shit to make it fit where i need it to fit on the truck without a line rubbing something (where the constant leak was coming from). idk what hes doing really, all i know is my dads pump was just rebuilt so itll be a fresh pump.
Thether than that, it shouldd be good to go again.......

god damn though. reaaaaaaaaaaaaaaaaallllllllllllyyyyyyyyyyyyyyyy want to take it to the fucking dunes before the seasons over. idk why, i know its not going to be able to go anywhere without getting stuck as shit but, i do. cause im a stupid fucking kid, my cousin always says. hah
You must log in or register to reply here.
Share:
Facebook Twitter Reddit Pinterest Tumblr WhatsApp Email Link