Lazy fucker laying down to weld.


If I did that there would be a nap involved.....
Reactions: Jester9 and ljubera0250

Lol. I mainly posted that pic for Jake from my stash, my treat.

Teaser of the new trailing arms coming together... 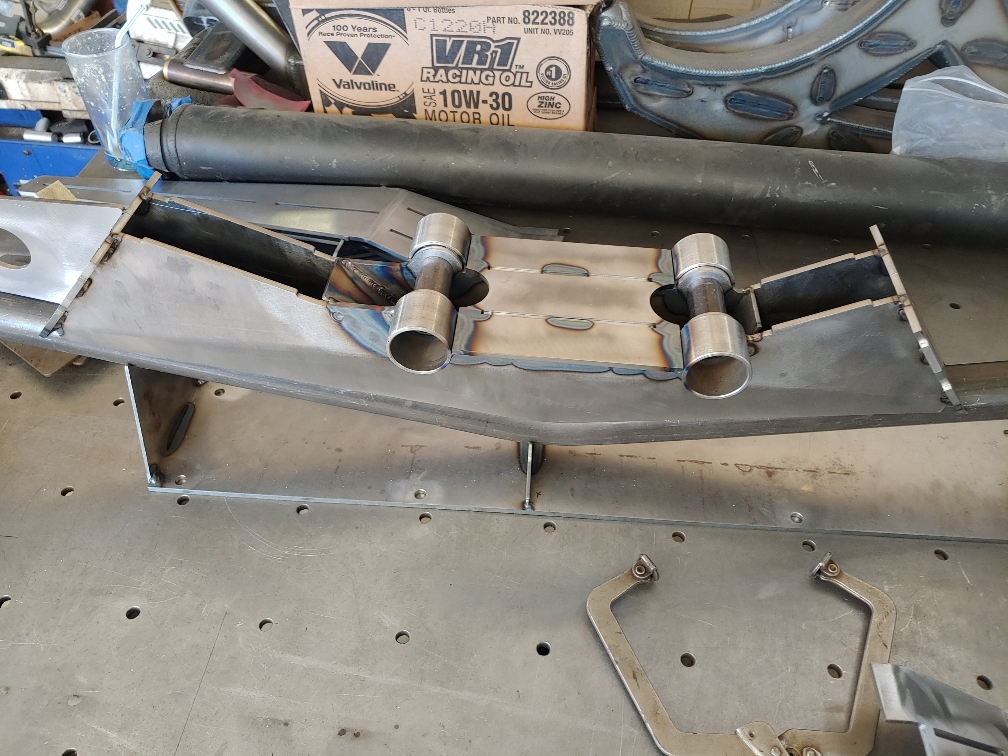 Well, we still need to get the new trailing arms done, but since we didn't have enough time to get them done for the trip we had planned for today, we ran one of our gen 1 and a gen 2 trailing arm that Ryan built for this truck years ago. We were able to get the Holley EFi System, all new wiring with SwitchPros, new back half, new fuel cell and new fuel system done for this trip. It has been a long 2 weeks but so worth it. The truck runs so much better with the fuel cell mounted behind the rear end as opposed to behind the cab where it was before. The added weight made a huge difference in keeping the front end up. I'm really hoping we can finally install the last piece to the puzzle, being the new motor in the next few months to finish this bad girl up. So happy all the hard work paid off despite a few fuel issues we had on this trip. The first being a faulty fuel hose that came with the new Fuel Safe fuel cell and the second being the fuel pump not working properly (thinking its due to it either sucking up a piece from the hose or from overheating from running without fuel). We are planning on ordering new fuel pumps and running 2 so we can switch between them if the need arises. Here are some pics I took.

She may not be the prettiest but we focus on performance over looks. 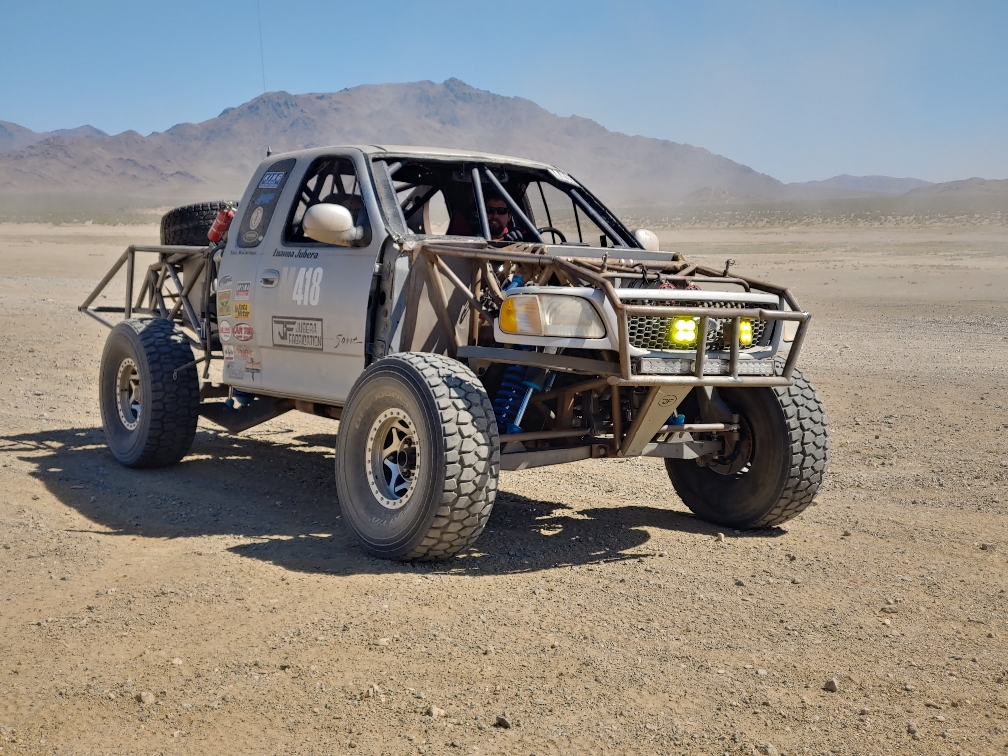 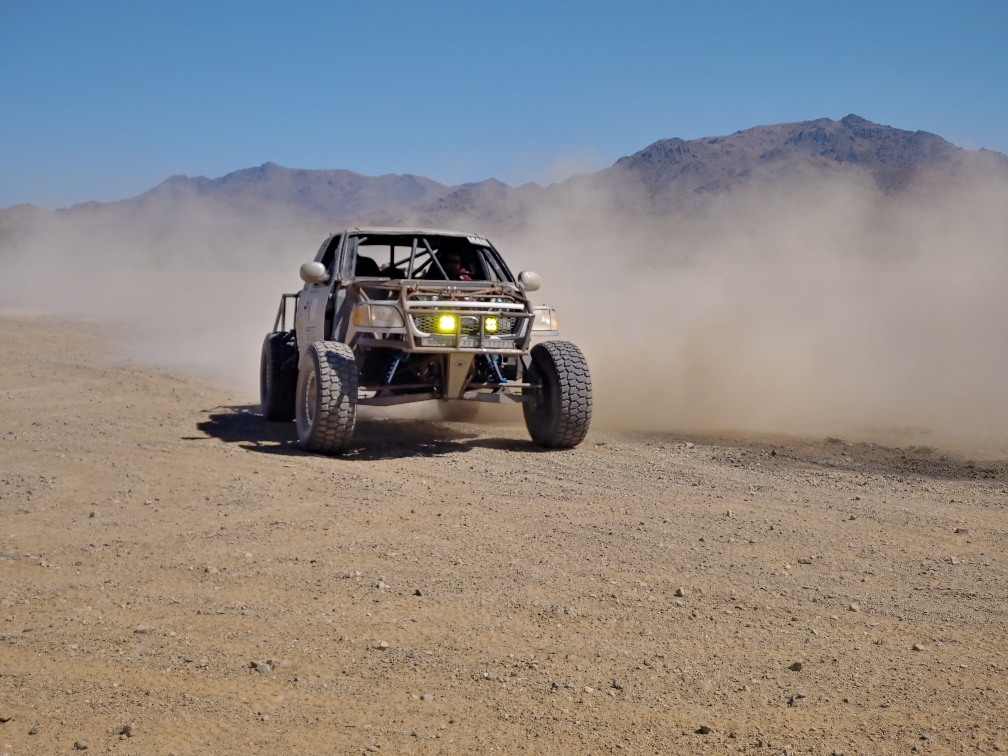 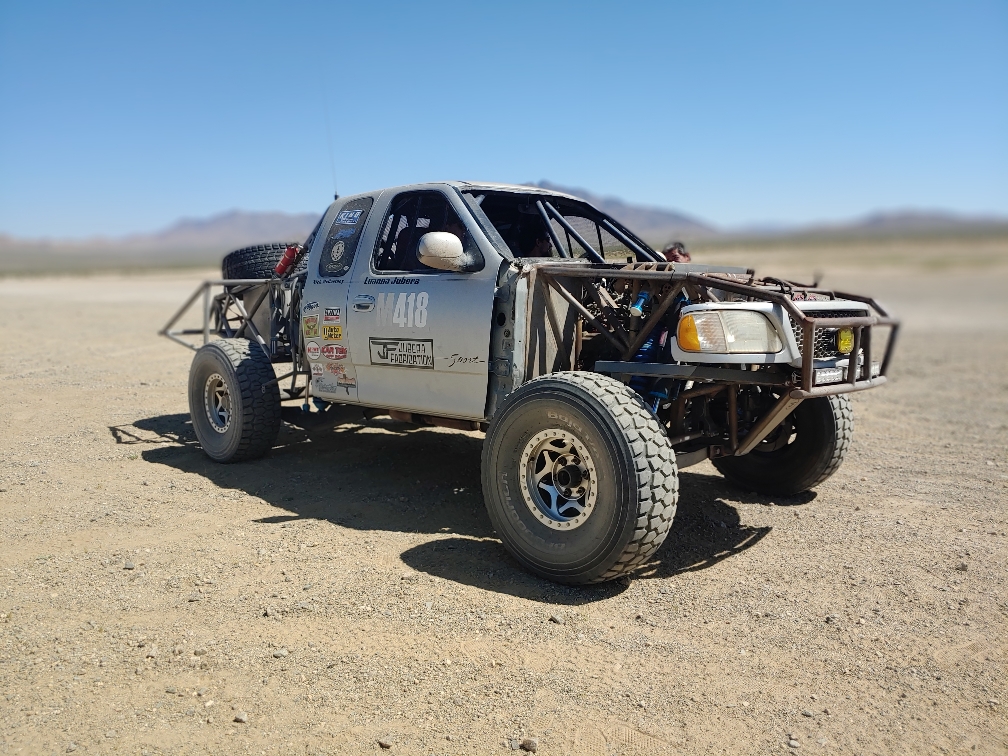 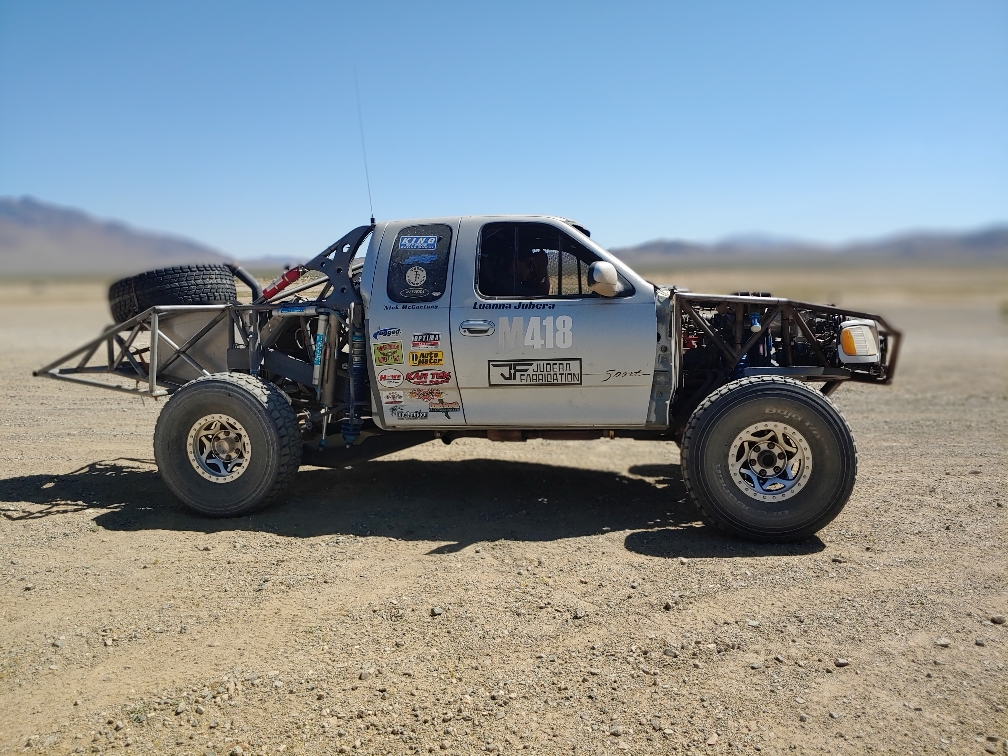 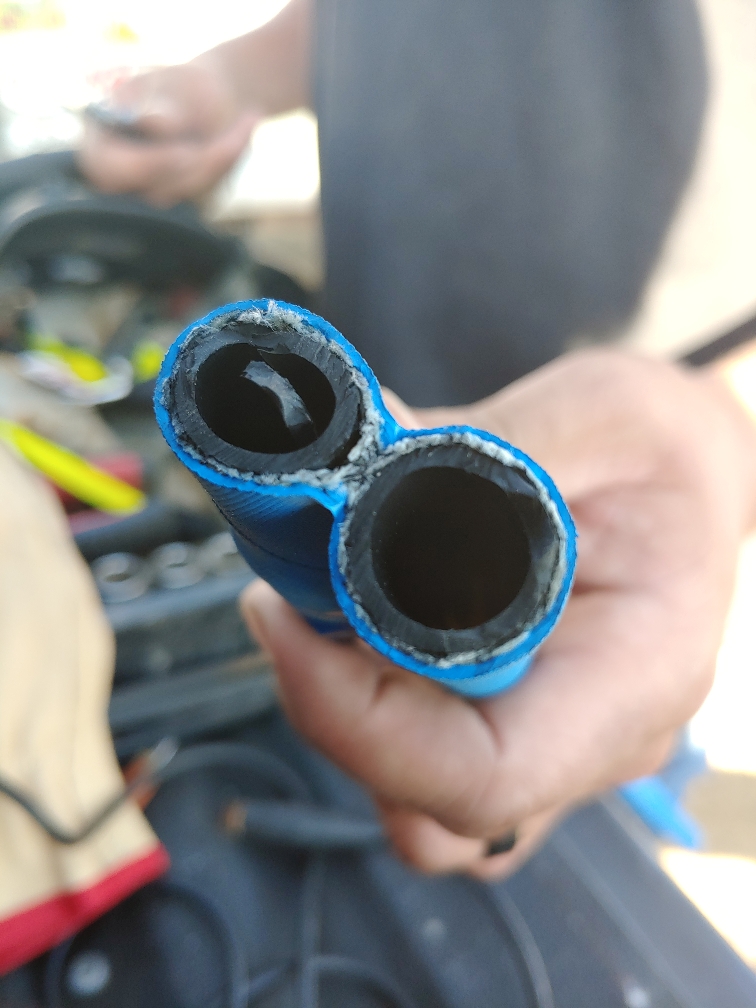 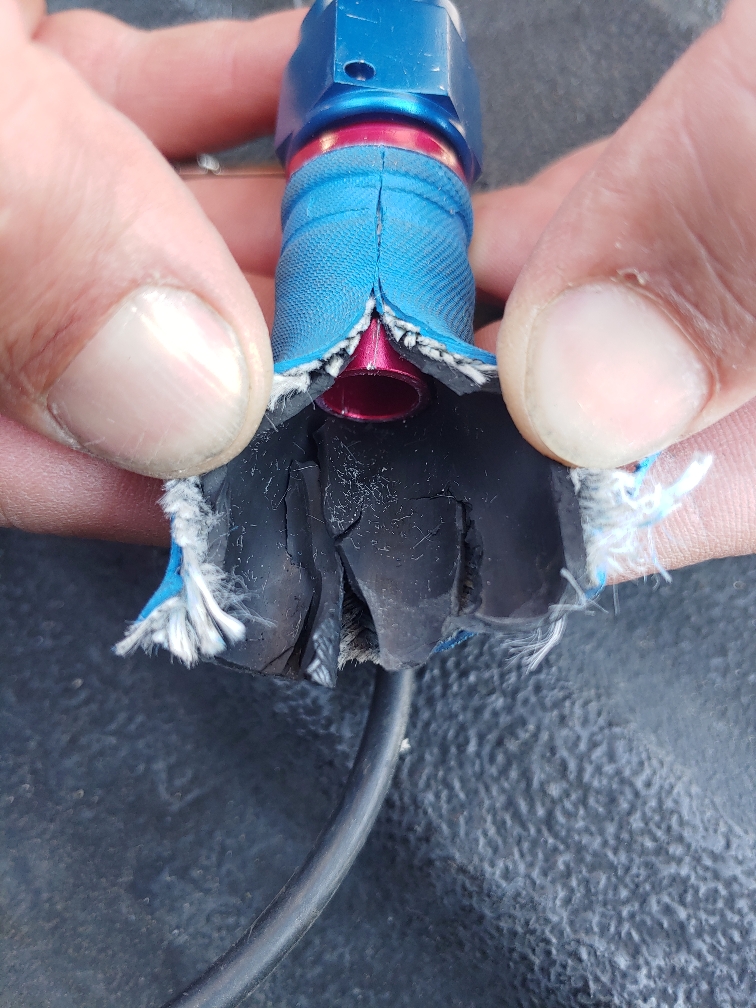