Well the build parts mostly done now, but Ill re-cap the bits I remember. Everything took place over the course of a few years, with the truck not even hitting the street for the 1st time until october of 2013. Lots of reading, and not a lot of pictures (boring i know). So here we go:

I picked the truck up back in the early part of 2011 from a friend of a friend. It ran like a typical 3.0 V6 - shitty (suspected burned/bad exhaust valve at the #6 cylinder), but for the most part the rest of the truck was pretty clean. The initial plan was just to swap a rebuilt 3.0 into it, and use it to go back and forth to work every now and then and when the weather was crappy (I live in the high desert but work down in ontario and have to drive the pass, it sucks), and some really easy 4x4 stuff too.
Heres what it looked like at the beginning of the "build" -

My dad had a rebuilt 3.0 sitting in his garage with nothing for it to go in, so I managed to talk him into donating it to his favorite and only son. My plan of having a simple and cheap 4x4 was starting to take shape. We pulled the 3.0 out of my truck to swap in the new-to-me 3.0...I was amazed to see everything that held a fluid in that motor, also leaked said fluid, creating a disgusting mess that would take lots of purple power, scrubbing, and pressure washing to clean. Now around the same time, JosB on here was going through a 3.4 swap in his pickup that I was able to help with. After finishing up his truck, and going for rides in it, and seeing what a total night and day difference the 3.4 was from the 3.0, I quickly changed directions and decided to really screw myself over and also do a 3.4 swap.

I started amassing parts and stuff for the 3.4 swap, when my buddy Rob (twisted sid) sent me a link to a guy selling a Gen I TC uniball caddy kit on RDC. It was pretty cheap, but I really wasnt ready to spend even more money on the truck, the motor swap was going to cost a shit-ton more than I wanted to spend anyways, and my simple truck was starting to turn into a headache. Not listening to the little voice in my head, I decided to call the guy selling the kit, and ended up getting it later that night.

The tear-down of the front end went pretty smooth, and I went ahead and got new bushings, uniballs, and ball joints for the new front end. I used the TC pre-bent shock hoops, scored some 2.5 x 8" double bypass kings, and hideously welded all of it together to get the front end squared away, rounded out by a pair of fenders I scored from RDC for dirt cheap. Josb got cracking on the exhaust and made a trick exhaust out of the garage using a chop saw and a die grinder, Macgyver style!

For the rear of the truck, I decided to keep it simple, or so I thought. The plan was to use a deaver F67 pack (it was custom made to hold an extra 200lbs more than a standard F67 pack) that I picked up off of here, and a set of 9" TC shackles I had picked up a long time ago. Then mount some 10" or 12" shocks under the back of the truck to get me (hopefully) 14ish inches of travel. Simple and easy right? Wrong. That was too easy and of course I decided to complicate things further. The guy that I bought the front kit from, also had an e-locker rear end from the 05+ generation tacos that he wanted to sell. He made me a killer deal on it, so I picked it up. I had a guy down in elsinore re-gear the front and rear diffs, and we put everything back together.
After tossing around some ideas, and thinking about it more, I decided that my original rear suspension plan was too simple and easy, and that I needed something complicated and more expensive to make me happy...Enter Brandon and Travis over at BTF. Brandon was cranking out all of these badass cantilever kits on rangers and tundras, and I decided that I needed one too. We took the 4runner down to BTF to let those guys work their magic.

I picked up some 2.5 x 10 triple bypasses from Pat pee-tree on here (he has that white single cab yota build on here that will never see dirt again), and Brandon added some radflo bumps to the rear while he was at it. I got a text from Brandon out of the blue one day, saying that he thought the rear housing might be bent, and before he got started or welded anything onto it, he wanted me to come take a look at it. Very cool of him, he couldve just as easily said DGAF and let me figure it out on my own after it destroyed all of the bearings. I stopped by his place and sure enough, that thing was bet into a smiley face when viewed from above! I dont know how I missed it before, but my killer deal of a rear end was going to cost me an extra $150 to have a place in pomona straighten it out for me...(the only place I could find that would even touch a toyota rear end). Turns out the truck that the rear end came out of was total'd in a front end impact. my best guess in the drive shaft punched the rear end backwards hard enough to bend it. Also, I had to get the rear driveshaft shortened to allow the rear end to reach full droop.

So BTF got it finished up, and the truck came home, and it sat. It was about 80% done, but at the time I had other things going on in my life and had lost the motivation to work on it. JosB and Rob and some other guys would give me a bunch of shit for it just sitting there, but I was over dumping money into it and was just "over it" for a while. Ive got a little 2wd pickup that I was still able to drive around and take to the desert, and that was good enough for me at the time to get my desert "fix". By this time I was starting to call the 4runner project snowball. Or money pit. Or "that chunk of shit in the garage" lol. But seriously, I knew i would get back on it eventually, it was just a matter of time.

Fast forward to about the beginning of summer 2013, and I woke up one day with the revelation that the truck was really close to at least being driveable and able to go on desert adventures (what we decided it was now perfect for). There was still a lot of little things to get done: install a new head unit and speakers, install the race radio and antenna, put all of the interior stuff back together, route wires, route the evap and emissions stuff, make brackets for this, make brackets for that, GET IT SMOGGED AND BAR'D, etc etc etc. It was a long list, but it was fairly simple stuff. Josb was coming over all of the time and really did a ton of work on this thing. In all honesty he did the majority of the stuff, especially since he was tired of me dragging ass and finding excuses to NOT work on it, plus I think he wanted to take his truck out on trips too. So we knocked out a bunch of stuff and got the truck up and running and mostly road worthy. A bunch of us jumped in it and took it to the gas station for the 1st time ever, it was awesome! Finally being able to drive it on the road after a couple years and many thousands of doll-hairs was an amazing feeling. I drove it back and forth to work for a couple of weeks with no problems, waiting for my appointment at the REF station in victorville. The day of the appointment came, we took it down to the station/local community college, and it passed with flying colors! They put that nifty little sticker on the firewall and the horunner was 100% legal! I drove it around for a while, but the biggest problem that I had that needed to be addressed was the rear fenders. The tires only had about 4 inches of up-travel before they would smash into the stock sheetmetal...it got really annoying to listen to after a while. So once again, the truck was put on jack stands in the driveway, and the body chopping commenced. Twisted sid, Josb, and myself managed to get it all knocked out over the course of a month or so...it didnt turn out too bad considering we had no idea what we were doing *Ill add pictures of that later, I dont have any on my computer right now*. At the same time, the water pump started to leak. We never flushed the block out when we were putting everything all together, and the cooling system was disgusting. It was like pumping mud through the entire system. It took many, MANY flushes to finally get the whole system clean.

So thats it, that brings us up to about current day. JosB, myself, and some friends took the trucks out for the 4th of July. Nothing crazy, just a simple run up through rattlesnake canyon, over to pioneer town, and then through a bunch of dirt roads up and around big bear to watch the fireworks over the lake. It was a good trip, no carnage other than my cruise control stopped working at some point. Heres a few pics from the trip- 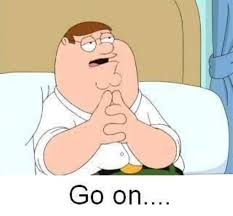 tread your own path

Pics dont show up for me

dezertyota93 said:
Pics dont show up for me
Click to expand...

theyre working for me. Dude thats going to suck if i have to go back and figure that out lol.
T

Sweet glad to see this beast is still going

Bad ass Steve! Congrats on getting the motor BAR'd too!

04yfzkid said:
Bad ass Steve! Congrats on getting the motor BAR'd too!
Click to expand...

thanks! its been an interesting/fun/horrific journey.

took the horunner out for a quick trip to a local spot today, just to play in the water and sand in 4x4. Had a good time, almost got stuck, and then found out a little later that the stake nut on the back side of the (passenger side) cross shaft is working its way loose. Ill probably tear it down tomorrow and see whats going on... I think it hurt the bushing. When I put it all back together, Im going to RED loctite it AND stake the nut!!!