dsrtrcr01 said:
No bead locks here either. I always run 7 inch wide wheels though to keep bead pressure (Currently 8's because they did not make 7's). 4 runner is sort of top heavy and like DP I pitch this thing sideways anytime I can... I like the drift feeling HA. I like to drive fast also... I hit 4th-5th gear in the desert every trip. I literally have never lost a bead on any of my trucks. I have on a street vehicle though (67 mustang). Worst thing to happen was I got dirt in the bead and a slow leak once. Popped it off the bead and cleaned the dirt out then put it back and all good.

I wonder if it has anything to do with Ranger vs yota?
Click to expand...

Haha I love getting sideways in the truck. Intentionally at least LOL. Getting bucked sideways off a whoop or jump is not awesome..

And well.. this is what happens when I air down trying to get unstuck... then go drive around at that lower PSI (12ish). Must have damn rocks in the beads again. And I was driving waaay less aggressively too... because my whiney woman was preggers. 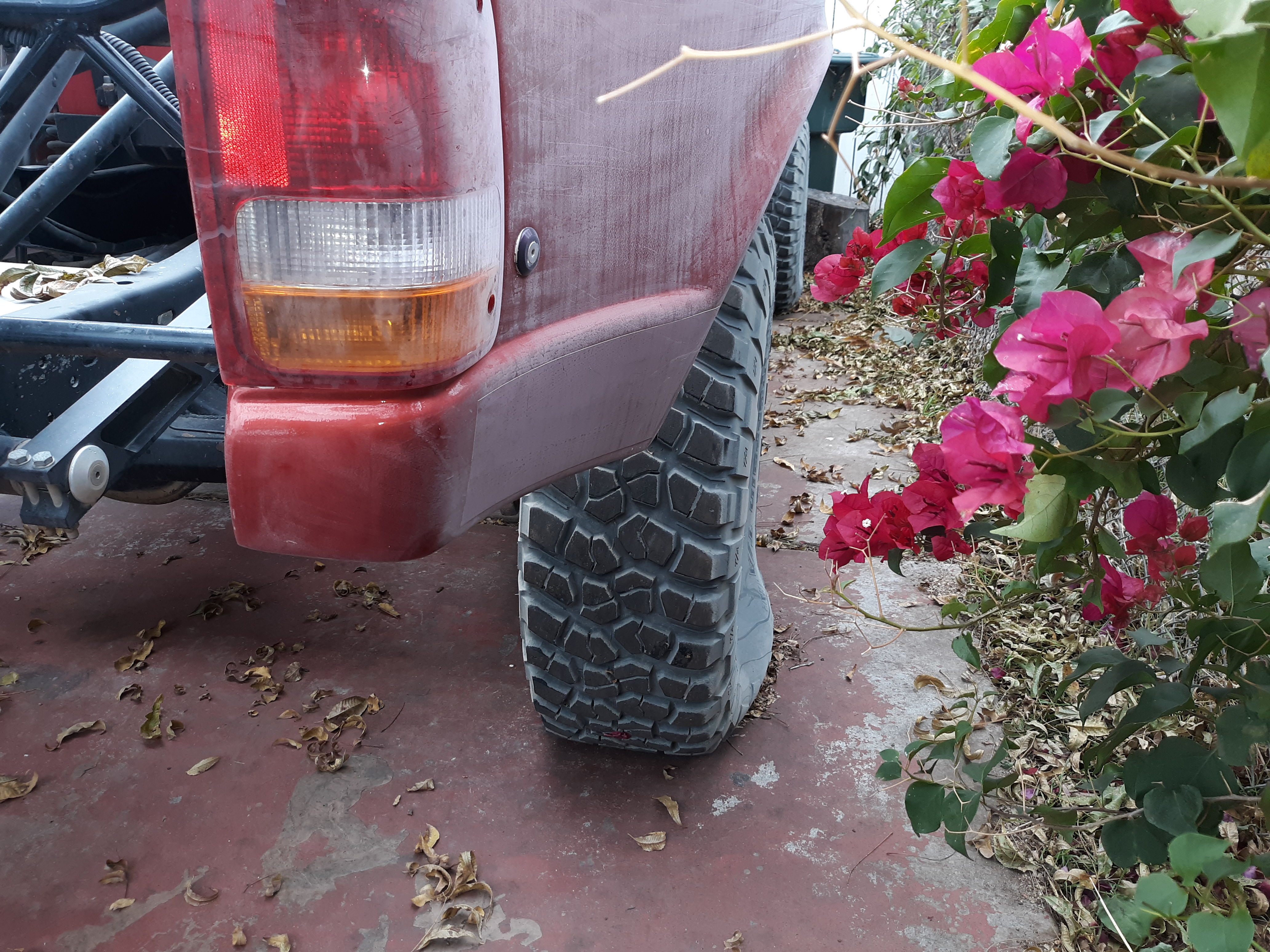 That pic above is from after my trip to Johnson Valley on day after T-day... Here is a little recap.
Did a quick spray off to enjoy that paint before I go fuck it up some more.

Damn, love that orange in the sun. pics still never do justice on this paint color where it flops in sun. 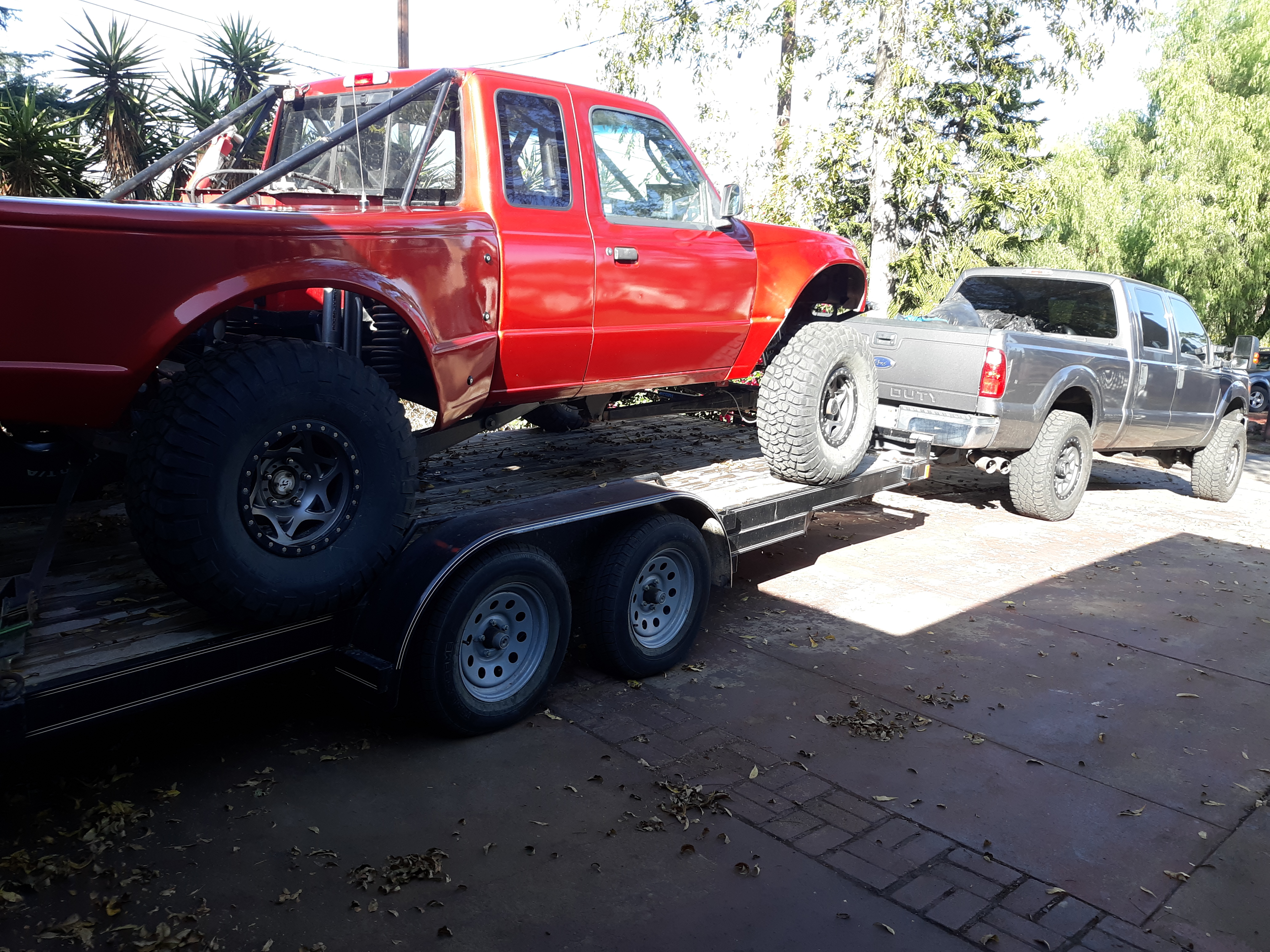 We camped right there off Boone road where DR taco meet was. Was super nice at 9-10am when we got there. 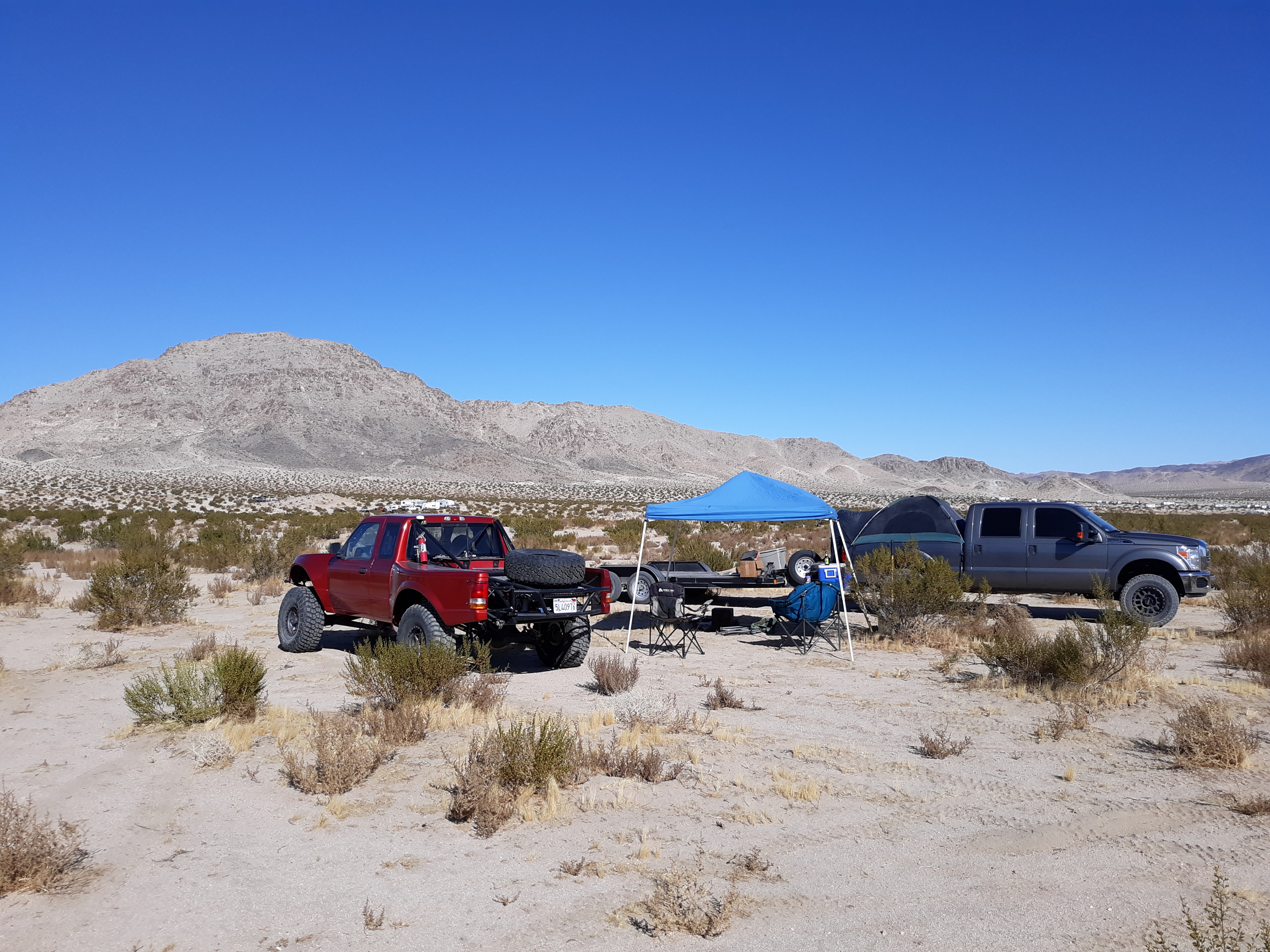 Drove around and explored some. Hit the dune jump a few times. Weee.


watched the craziness at this trail in early evening. i believe it is called Turkey Claw? dude was doing it with no lights. kewl.

Little did we know it was gonna be fucking FREEZING that night. Def did NOT bring enough wood. Truck tent was fine and it seemed OK under covers. But uhhh this my water that was INSIDE the tent... and it still started to freeze! Oh shit, my entire 7 gallons of water was frozen solid in campsite. Went to check out the giant boulder... and flexed on them rock donkeys with a hard park. 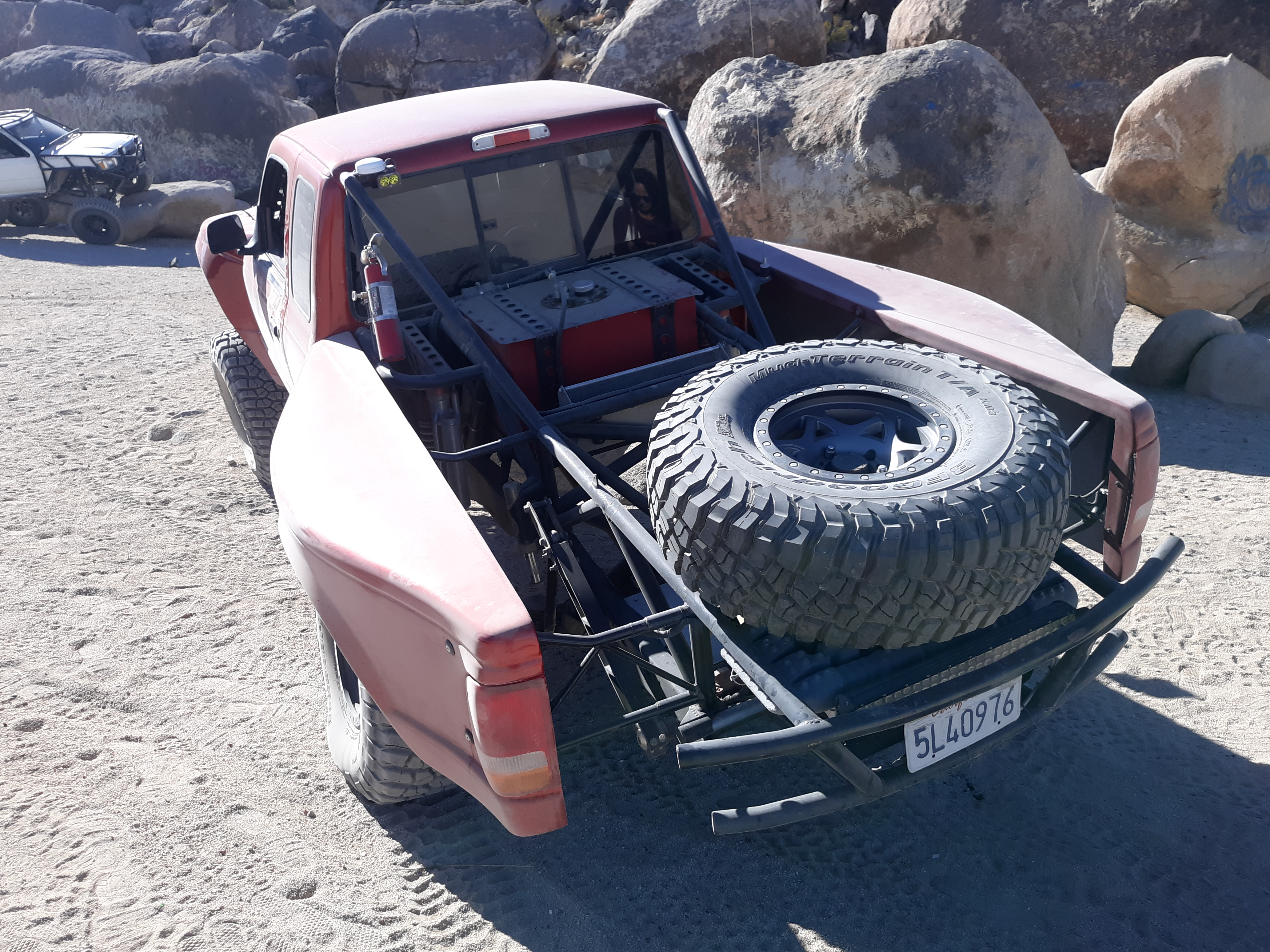 Here's the pregnant complainer. "slowww down. my tummy!" ... Wahhh! HAHAH. I feel for her though. I mean she basically has a giant boulder bouncing around in her uterus... and the gayzer chop up there can shake your insides a bit. So yea, she's not really having it in the truck now and def not down with the aggressive driving anymore. Boorrriiinnggg. And now this reminds me. I need to top off the PS fluid. Still need to fix this pile's trans issue. Won't shift for shit when hot since the clutch swap. Gonna try a new clutch master. Oh, and I lost one of my Tred800 traction mats when I got stuck going up to the dunes ... because a gayzer came out hot into trail like a tard and I had to slow down. Barely didn't make the hill. Which is kind of a bad spot. Asked the whiney wifey to keep an eye on the mats. She brought the fail on that chore. I got about halfway out with them on the first try. And on second try...well yea, the pass side one is buried up there. I even looked for a while. Ended up getting a yank from a Jeep just to get out of there with my head hung low. Can't seem to find a replacement mat because they dont make those anymore. So, probably have to reconfig trunk area again. Thanks babe. haha
Reactions: charlie_brown, jonsangel, ljubera0250 and 6 others


Sent from my iPhone using Tapatalk
Reactions: ljubera0250 and Turboyota

FasterNU said:
I am!!! DOH! HAHAHAH
Click to expand...


Sent from my iPhone using Tapatalk
Reactions: FasterNU and Turboyota

FasterNU said:
I am!!! DOH! HAHAHAH
Click to expand...

When is the little one due? I am going to use that pic as proof my wife can still get out and do stuff. My kiddo is due in April.

Yea, I think at first it was kinda more like a shock... which translated into some fear and some internal panic.... and now going more towards excitement. Crazy to feel her kicking and shit. (It's girl. Boo. LOL. I was hoping for a boy like most guys do I think)

She is due Mar 26th. Same weekend my fricking ORN races I am signed up for are supposed to be. DOH!

She tells me to go ahead and race it... but i think this might be a trap. haha
Reactions: ljubera0250, smokeysevin, PSDirtracer and 3 others