So when you selling me G2? clearly cant fit 3 in there and G4 will need more motivation from your lack of desert time

Congrats though Aaron! thats bad ass dude! i dont want to be that cliche mother fucker that says "kids are a life changer, blah blah blah" as everyone is different. Girl or boy, it dont matter. My little 5 year old girl loves smashing around in the tracker with me. She gets a kick out of going fast and jumping. They may not get 100% involved in the things you love but they still enjoy it and surprise you from time to time. The same little girl went from being real timid on a 50cc quad, going slow, didnt care to ride too much to flipping a switch and wants to just hammer down and haul ass on the lt80 we got her for her birthday. bugs me all the time to go ride, not going to bitch about that!

my 2 year old boy is alllll boy though. that kid wants everything and anything to do with what im doing, sit in the tracker, ride in it, sit in the sand car, ride the 440ex with me, rummage through my shit in the garage, you name it.
Reactions: ljubera0250, yltaco05, maxwell279 and 2 others

Bro, I got shingles when I found out we were having a kid. At fucking 29 years old I got shingles. The stress is inevitable. But it gets even more and more exciting as time rolls on. Then it’s a shit show for a litttle bit, then absolute fun. Enjoy every minute you can. Even the tough times that are not enjoyable.

And yes, ITS A TRAP! And good luck with the hormones, those are fun.

Everyone caught on to the main headline, but are we burying the second headline? Weren't you only dating her previously?
Reactions: ljubera0250 and the bodj

yltaco05 said:
Bro, I got shingles when I found out we were having a kid. At fucking 29 years old I got shingles. The stress is inevitable. But it gets even more and more exciting as time rolls on. Then it’s a shit show for a litttle bit, then absolute fun. Enjoy every minute you can. Even the tough times that are not enjoyable.

And yes, ITS A TRAP! And good luck with the hormones, those are fun.

Oh no we still aren't married! I was exaggerating! I don't need an official contract to be doomed for life. HAHA

So, went to Superstition for New Year's. She came out again for new year.. but only one night. And only rode in truck once an super slow. It's ok though....I still was able to take her 13yr old son around. And even started teaching him to drive!

This retard by our camp almost had a really good moment. He got stuck on this hill with his family in the car because of 1 tire fire. It's always a good time to pull out your phone when you see this. This guy had helpers at bottom, but decided to get out of his car(and his fam got out too)... which is in neutral.. and try to pull front end down himself without waiting for his friend to climb up the hill and get in car and hold brake. Man, being the asshole I am, I was really hoping for a dramatic ending... where he gets ran over by the buggy as it ghost rides down the hill ... but he managed to pull it off! Met up with Noah with the exploder and ibconnor from IG with a Ranger. Had them take me to a sweet double out there....

I was trying to find it myself... but driving around aimlessly. I was actually close based on other photos and vids I saw online ... it just happened to be REAL close to a camp so I didn't see it. They told me 50mph and I watched ibconnor jump once. I knew it wasn't 50 after that. So, I asked to follow him. I stayed a little back.. but noticed there was no way I was getting to 50 with that run up.. but knew I was still able to get same speed as him. Result = 38mph and barely clipped the top with rear wheels.

Then after that.. I knew where I needed to be. Took it up to about 45 before it started landing deep. noticed I was getting a bit of a sky wheelie compared to others. I don't mind because I have always been working to keep front end up... 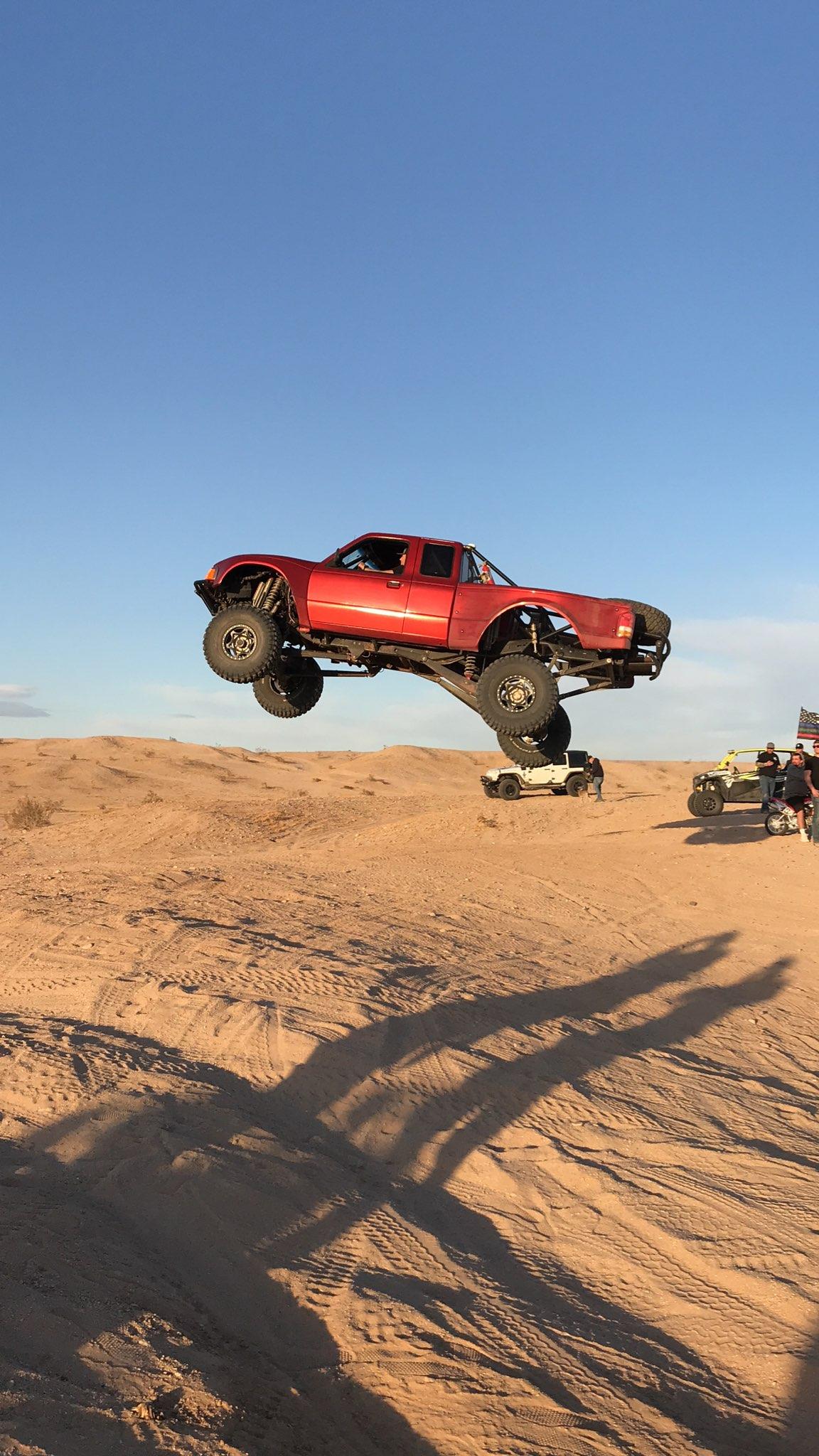 Lots of fun out there and on that jump. I even took a random kid on a ride after he asked. (I had him do a video release of liability)

I really need to address the shifting though. When it gets hot.... I can't even get it in gear. Gonna buy a new master today and see if that helps. 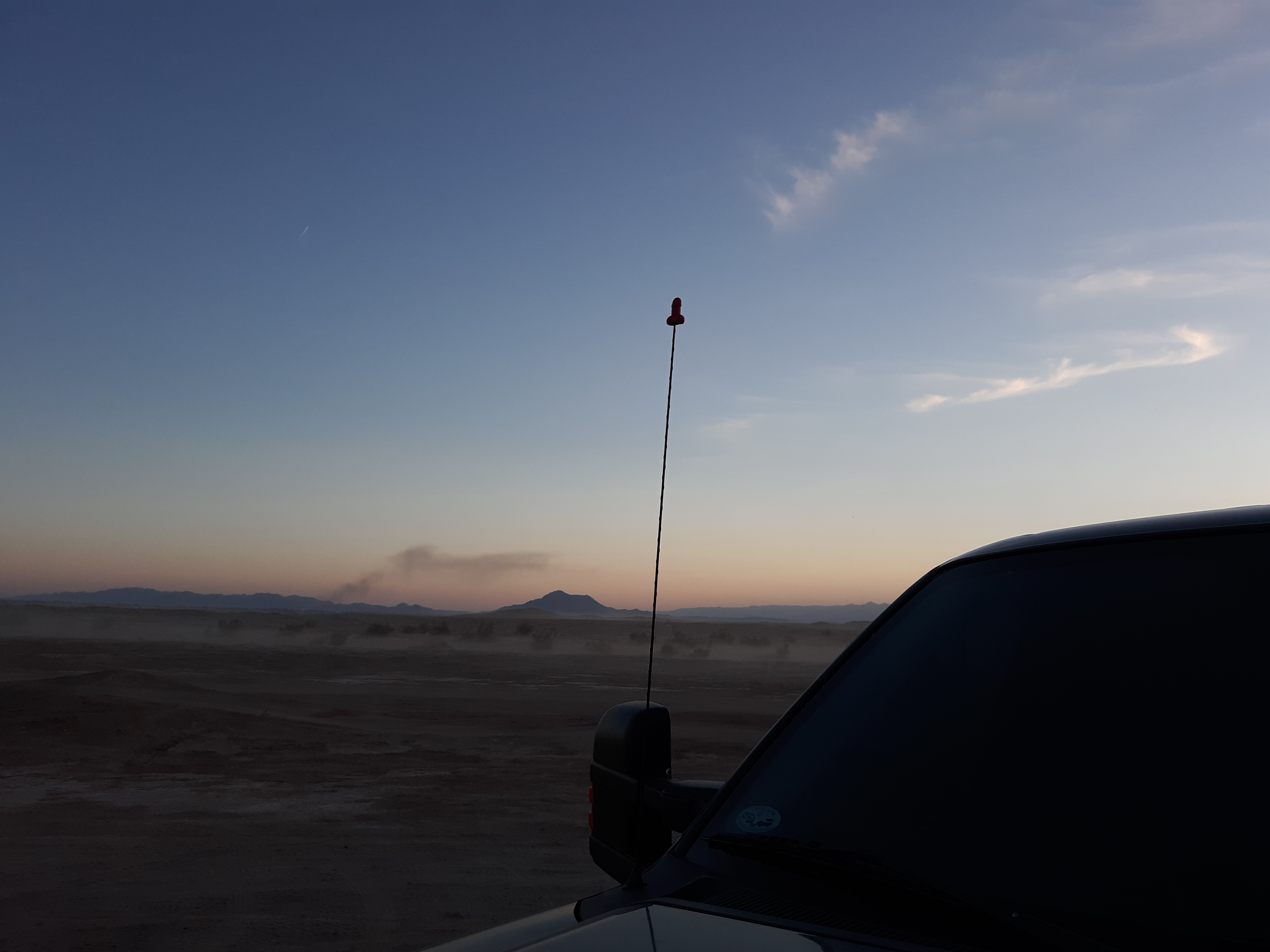 FasterNU said:
Oh no we still aren't married! I was exaggerating! I don't need an official contract to be doomed for life. HAHA
Click to expand...

^^^ yea. Especially in CA! It's like she is entitled to half as soon as your dick enters. LOL
Reactions: ljubera0250, Turboyota and mikey09120