FasterNU said:
^^^ they actually have a terrible finish. They didn't polish before anodize... so it's rough. Chinee junk. 3/10.

So question for everyone regarding the trans cooling. I personally hate auto trans... so, never had to deal with this and I have NO clue how much cooling I need... or how to plumb. Are you going to run teh trans through a heat exchanger through the radiator at all? that will dictate how much secondary cooling or main cooling you need

I was looking on Kartek. The Derale's are pretty ugly. So, kinda leaning towards CBR at the moment.

So, what size should I go with? The 9" fans seem like they would barely fit between trunk area and cell if i put them at an angle.. the 5" ones would fit for sure... but i feel like those little guys must be for smaller vehicles. The larger, the better. id go 9"

Should I do single pass or dual pass? Single is fine if you are using a rad heat exchanger. Dual pass wont hurt

Do I need 2x coolers? If I do 2x... i noticed they have 2x in a self contained unit. Or, should I do 2x separate ones? Depends on first question at top

Also, I have read conflicting info on the plumbing when running 2x singles. Some people online have said running in parallel works better. Where you would need a Y-fitting before and after (to split and rejoin fluid to main feed and return.) Is that true? Too may variables to say one is better than the other on other guys trucks. i higherly doubt one will be better than the other with a quality cooler and fan on them

I would honestly prefer 1x line to feed and return if possible...which would put them in series.

As for fitting size. I notice they all seem to be -10 ORB at cooler. I noticed the fittings coming out of trans all seem to be -6. But, I thought I recall barge or someone saying to use -08 on trans lines. bump up to -8 out of the trans and run it to the cooler. make sure the coolers inside dont neck down after the fittings. Derale's do this

Is -06 suitable for the whole run?

Do you plumb the line so the fluid goes up hill? ie feed into bottom and return out top? yes, you dont want an area air can be trapped

How the fuck do you know how much fluid you need? And what stops it from backfilling into the trans and spilling out. put an extra quart in the trans compared to what it calls for and then as it idles, add fluid till you are on the cold marks of the dip stick. nothing spectacular. sometimes the cooler mfg states how much more oil they hold as well. As far as drain back, thats common. Specially from the converter with worn sealing rings. as long as your seals at the dip stick and input/output shafts and other external seals are healthy, its a non issue.

Wow... even more questions than i thought at first! haha
Click to expand...

Running the coolers in parallel won't make much of a difference. It will have less restriction theoretically, but your hose is a bigger restriction so it doesn't matter. Avoid hard pipe type 90's. -6 is ok for short runs but long runs really benefit from the larger hose. 1 big unit has less leak potential than 2 smaller units. Go as big as you can and run it through the heat exchanger in the radiator last.

I will convert to -08 immediately.

I don't see a way around ORB10-8 fittings with some 90* AN fittings right out of the cooler. I'm can probably get away with some 45's or maybe even straight on the trans.

Do you really think I need to run it through radiator after that? Just a prerunner... 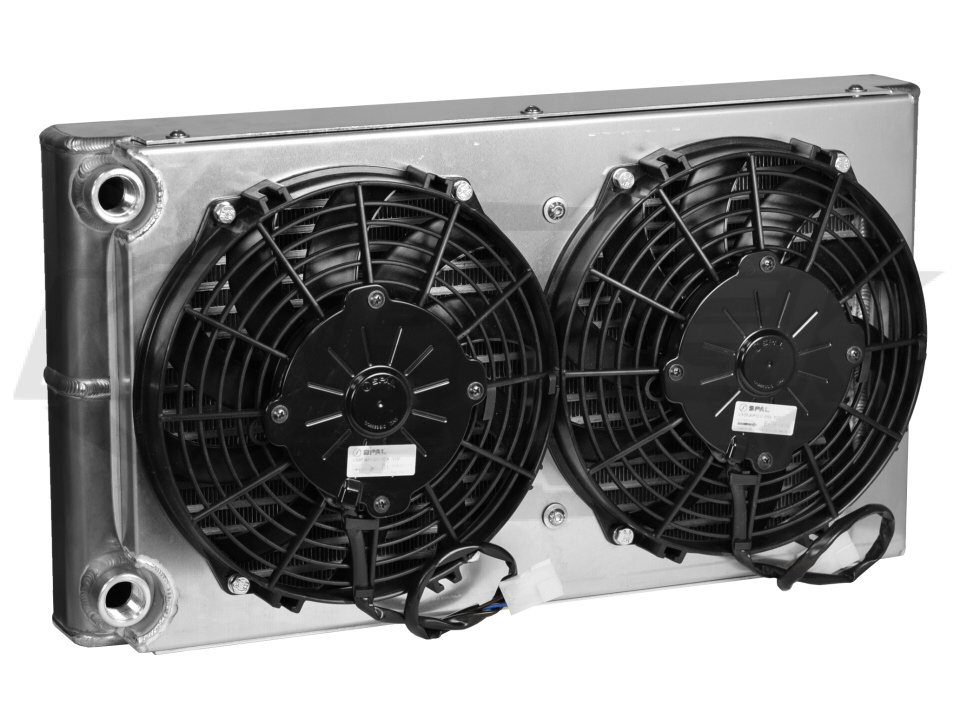 Yes, it will help get the fluid op to temp when it's cold out. Contrary to popular belief, you can have it to cold.
Reactions: maxwell279

thats a lot of extra line!!

Well, I usually have all the coolers in the same spot. Skip the radiator cause where your mounting that cooler it won't get shit for airflow and low temps will not be an issue. Put fans on temp switch.

45’s are WAY better at flow than 90’s or use the sweeping tube style adapters.

That cooler will probably be more than enough and not need the rad to knock heat out. Unlocked converter and high stall is what builds the most heat and creates issues. You won’t be running the desert with a locked converter though. If it ain’t enough, add another cooler and fan

I personally just don’t run a trans temp and just lay my faith in the slant eyes knowing the round eyes will try to destroy their equipment much like hyroshima and it was built for said abuse... so far so good

Stock converter for now. I plan to have lockup on a switch.

Cool, I will not run line to front radiator then (still assuming one fits. ahaha)

I think this is possible with Holley.... and was the plan, so I hope it is possible:

Trans temp would determine when fans for trans are turned off and on.. and I wouldn't have to worry about it?

If not, they will get wired to switch pros. and I should be able to program some sort of warning into the Holley dash for when temp gets high.. and that will remind me to turn them on.

Shit, I suppose this means I need to figure out if my trans has a temp sensor! I hadn't even looked or thought about that till now. I would assume it has to have one... being from a 2006 silverado. But maybe it was up on radiator factory cooler?

One of these sweepy thingers

Sensor should be in the trans. Worse case you add one to the pan

Temp wise, make them come on sooner than later. 170 would be a good start. Once they are hot, it’s real hard to bring them back down.
Reactions: themoneypit

Finished plumbing except the -08 90*pick up out of cell. Still waiting on Jegs for that last piece of ChingBling. Pump showed up. Walbro GSL392 255 pump is what I am using. Got a kit with fittings for $100. Fittings are blue, not black. Damnit. Oh well. Electrical connectors look pretty shitty too. Ching bling clamps actually work ok. I up the rating to 5/10 Super fucking light though. Guess I need to lose some weight.