Welcome to DezertRangers
Join the community. Register today for all the benefits of membership.
Register
O

Even if you keep the motor in a relatively stock position, the firewall has so many holes in it that it looks like a Swiss cheese afterthought if you just patch them all closed. Cut it out, Mount the motor and trans in a good spot to get some weight back, and make a new firewall with some big pieces of sheetmetal. Then you can add access holes or plates for the trans bolts and to get to the rear plugs if needed.

If I remember right from when JD Dave put his in, he only had to cut out for the passenger side head and the intake manifold to get it where it needed to be. He was running the truck intake. He had headers made so no help there.

I notched the front to give me extra room when I put my beams on.

I used the speedway motors accessory brackets and I sit the engine as low and as back as possible I wanted to keep the stock heater ac box because its my daily.

Yea, if I notched my pan like that... it would clear now. Right now after moving motor back some more.. it is still hitting up close to bump. So, I am leaning towards the 302-1 pan right now. It appears to have less depth in back too.

Which, when I was looking at mine is a bit concerning. I noticed it might be protruding lower than the beams or damn close at full bump. Hoping I can kill 2 birds with one stone with that pan.

Everyone wants me to hack the firewall... and I have been wanting to do the opposite. I want to keep it all. It's already all patched up and for some reason I just have been set on keeping the factory firewall and feel... and really like the idea of keeping the motor accessible. I have been trying to check everything in terms of maintenance during this process. Here is where it is now. For a fun comparison...here is where a stock V6 sits with Autofab mounts.... The truck intake would indeed require some trimming of the cowl area. No thanks. I will switch to LS1 intake. Also planning the switch for other reasons. (car water pump, pulleys, and brackets are closer to motor .... giving more room for radiator) I got some GTO stuff from Jonsangel on here to get an idea of space, etc. Thanks Jon!!! I put on that water pump to see. It only saves .71" according to specs. So, right now I am researching to see if I can get the corvette spacing to work. In meantime, here is the GTO water pump Right now the limiting factor for going back from here appears to be the trans actually. I have to remove the lip of pinch seam completely.. or beat it down flatter than it is now. I think then I will have minimal clearance. I don't want it to touch... and hopefully there will be some air space. I don't really want a free constant heater. 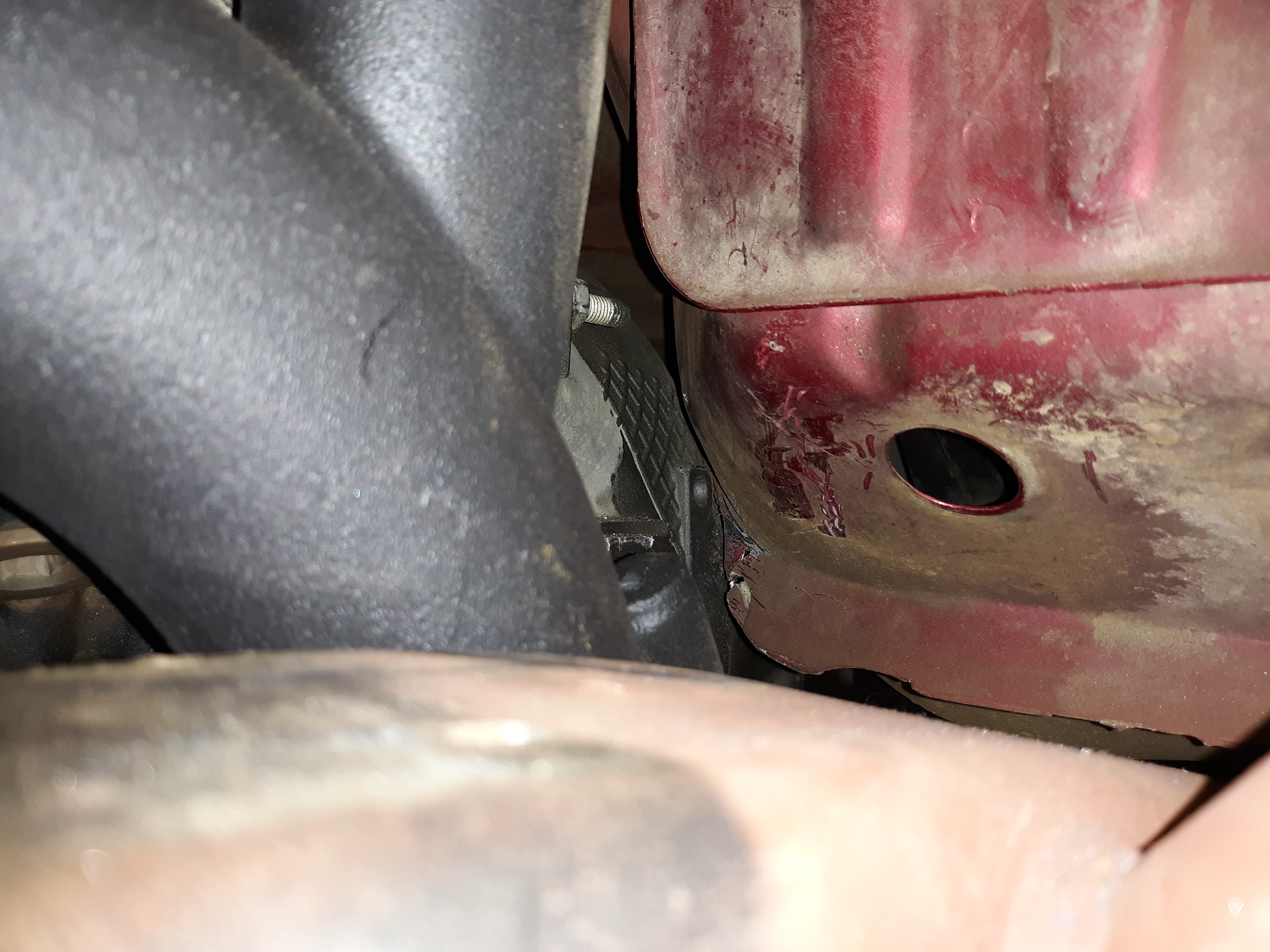 These two bolts will require some access holes. And the one below it looks like it will require an open end wrench. You can see that bolt in the picture above actually. The limiting factor for going down is the pass side motor mount. I could hack it apart to go lower... but I am already concerned with power steering stuff. Went ahead and decided I think this is where I want to keep it. And started trying to install exhaust stuff. Cut out like 90% of the frame to get manifold clearance. 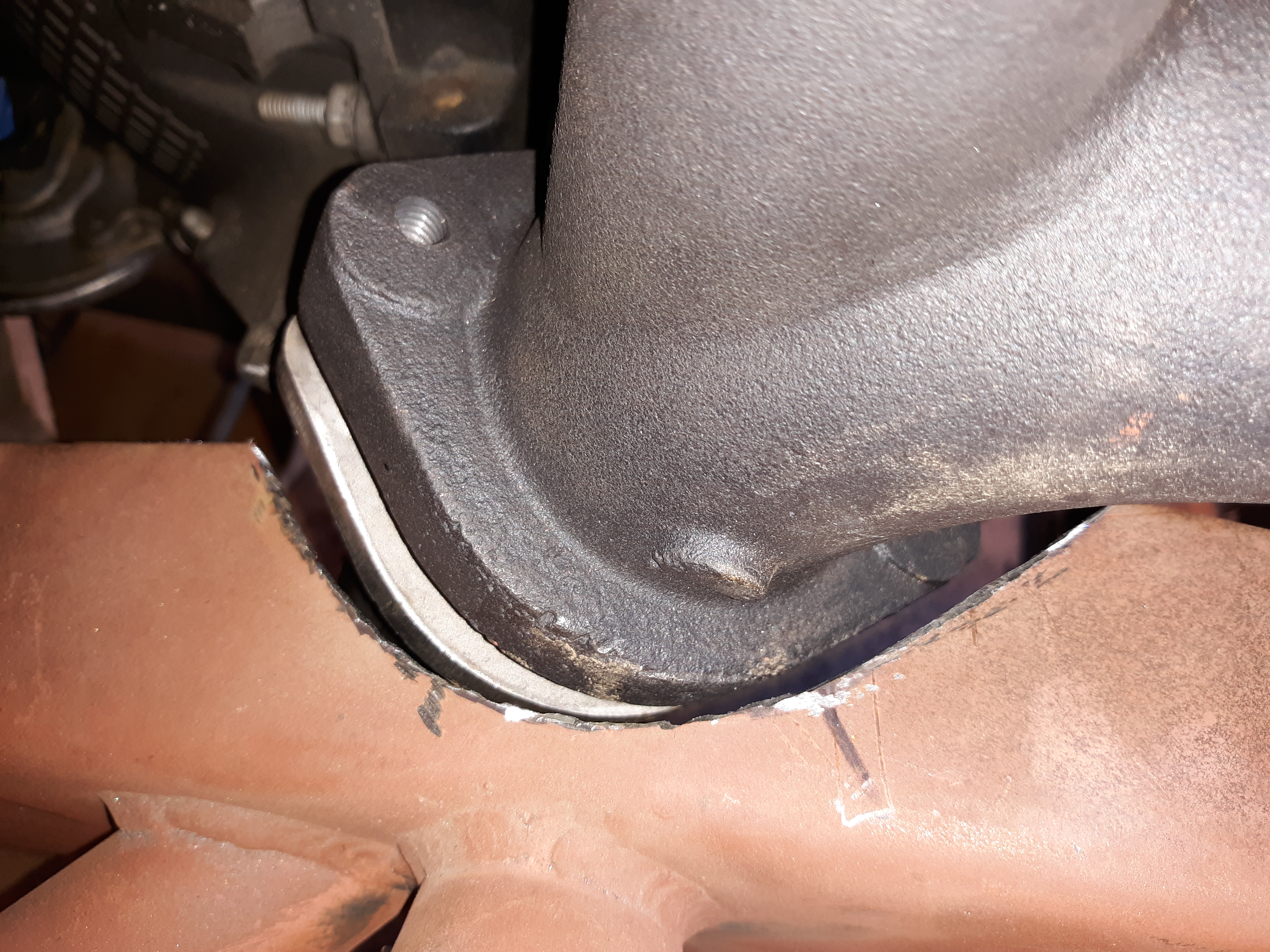 Didn't need to on dside... but did a little anyway. Problem on this side is... the ear on the trans will prevent you from unbolting the exhaust flange! So, will have to figure something out there. 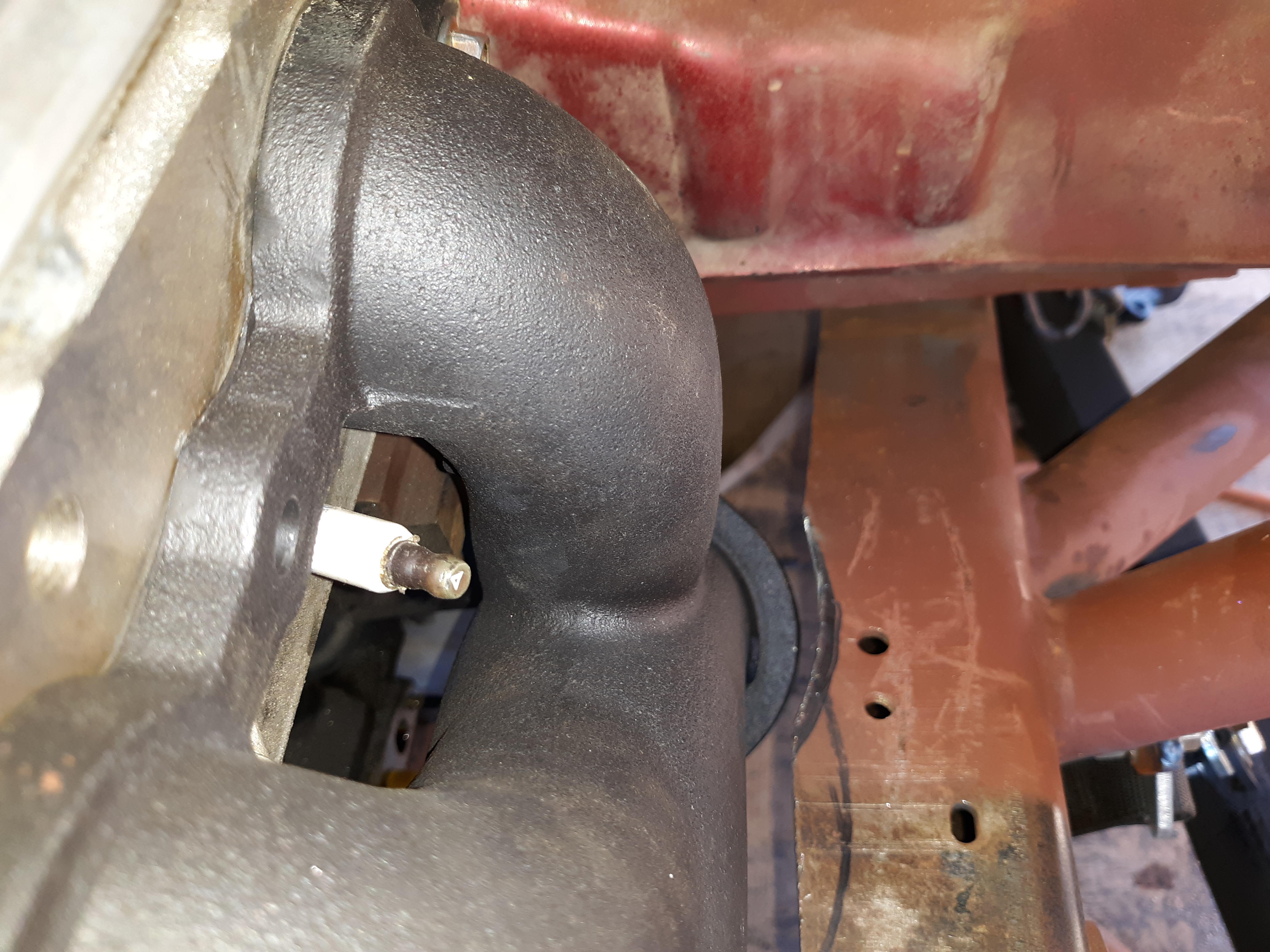 It's also tight for the steering shaft.. hope I left enough room to get the splined adapter on. 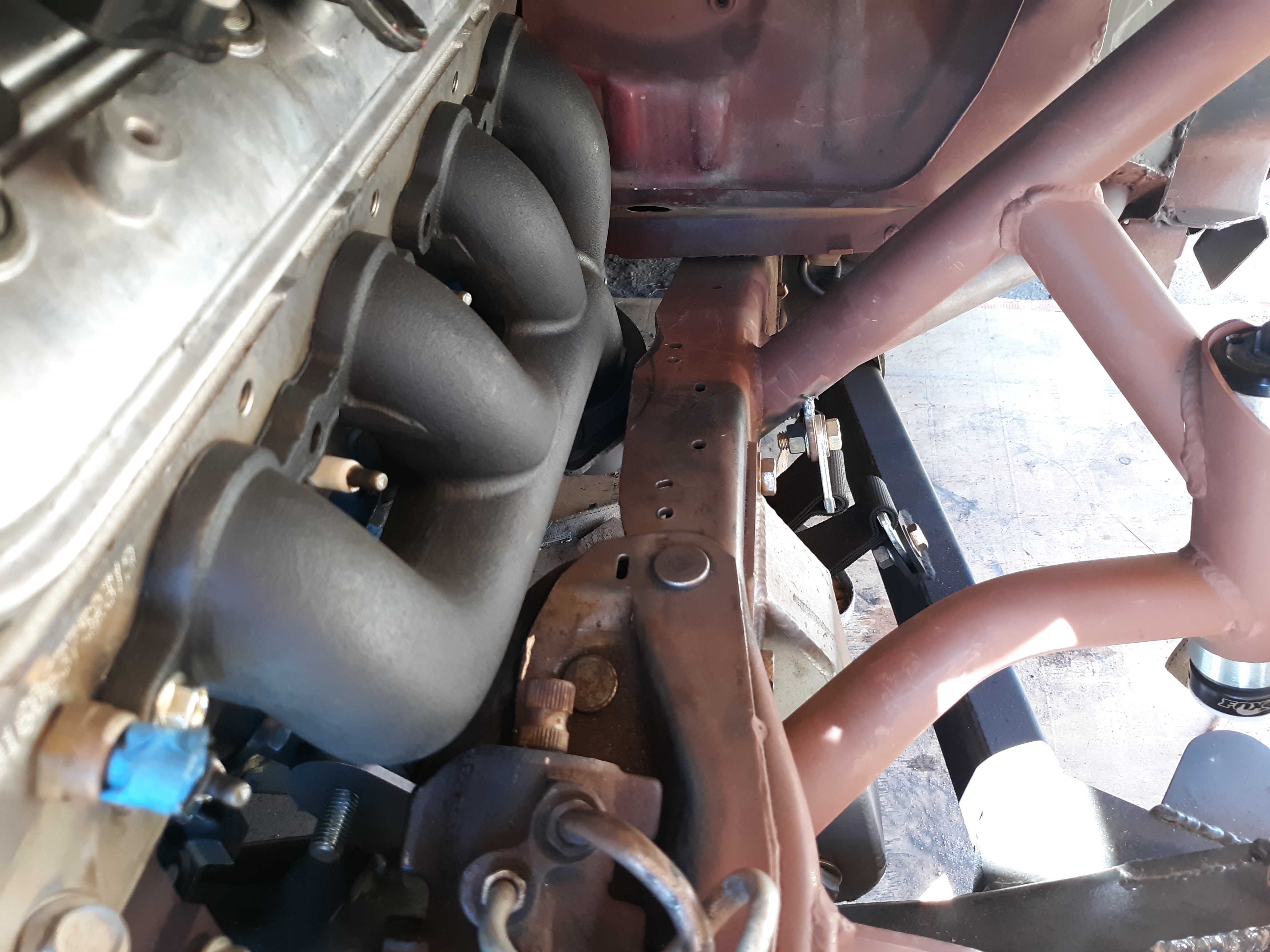 Picked up a bushing for $20 (OUCH!) and got started on the trans x-member last night. Simple style .... So, that turned into this... marcytech said:
.... if it goes far enough you could use that removable cross member you made for your rad arm mounts as a trans mount also and not have to make two
Click to expand...

It just so happens that I could still mount off it... This X-member came out nice and easy. Like too perfect. That was surprising. But I'm sure that means I will warp it to shit when I weld it all up Oh, and what's this? Got some ICT billet brackets... Man, that's a tight fit... but it clears. I have a feeling the AC might not fit on the other side though...or hell even the connector for the alternator ....which means I will probably have to go remote reservoir at some point.