I figured it's time to start a build thread on my truck since I'm finally starting to do something with it. Might be a little boring of a thread to most because it's more of a budget build. I've decided to spend my initial money on fabrication tools first before spending it on suspension mods. I want to learn and do most of these upgrades myself. Visiting this forum has definitely taught me a lot and watching a lot of YouTube videos has helped with the confidence to do things.

I bought this truck back in 2000 after my 1988 Toyota 4x4 pick up got stolen. It had just under 60,000 miles on it when I got my dirty hands on it as the 2nd owner. It was my daily driver for years and years. Parked it for about 2 years while I was going through the adulting phase (marriage & babies). I've always loved this truck. Not because it was the best at any one category but it was/is kinda rare breed. I loved my old `88 and this truck is very much the same truck (just a little bigger). 99% of people who drive T100s are Mexican and have a lawn mower in the back. So not much street cred when driving this around. It's hard to find upgrades or examples of what to do when you want to upgrade this truck. Drooling over the ones that I did see, it gave me inspiration to keep this truck and make it something more fun. My intention is to keep the 4x4 and make it a 20% overland & 80% pre-runner truck. The manual transmission makes the truck more fun to drive and to be honest, this truck handles fairly well for what it is. Drunken e-brake pulls to a 180 turn are possible, I've heard.

Here is how it looked when it was fairly brand new to me: 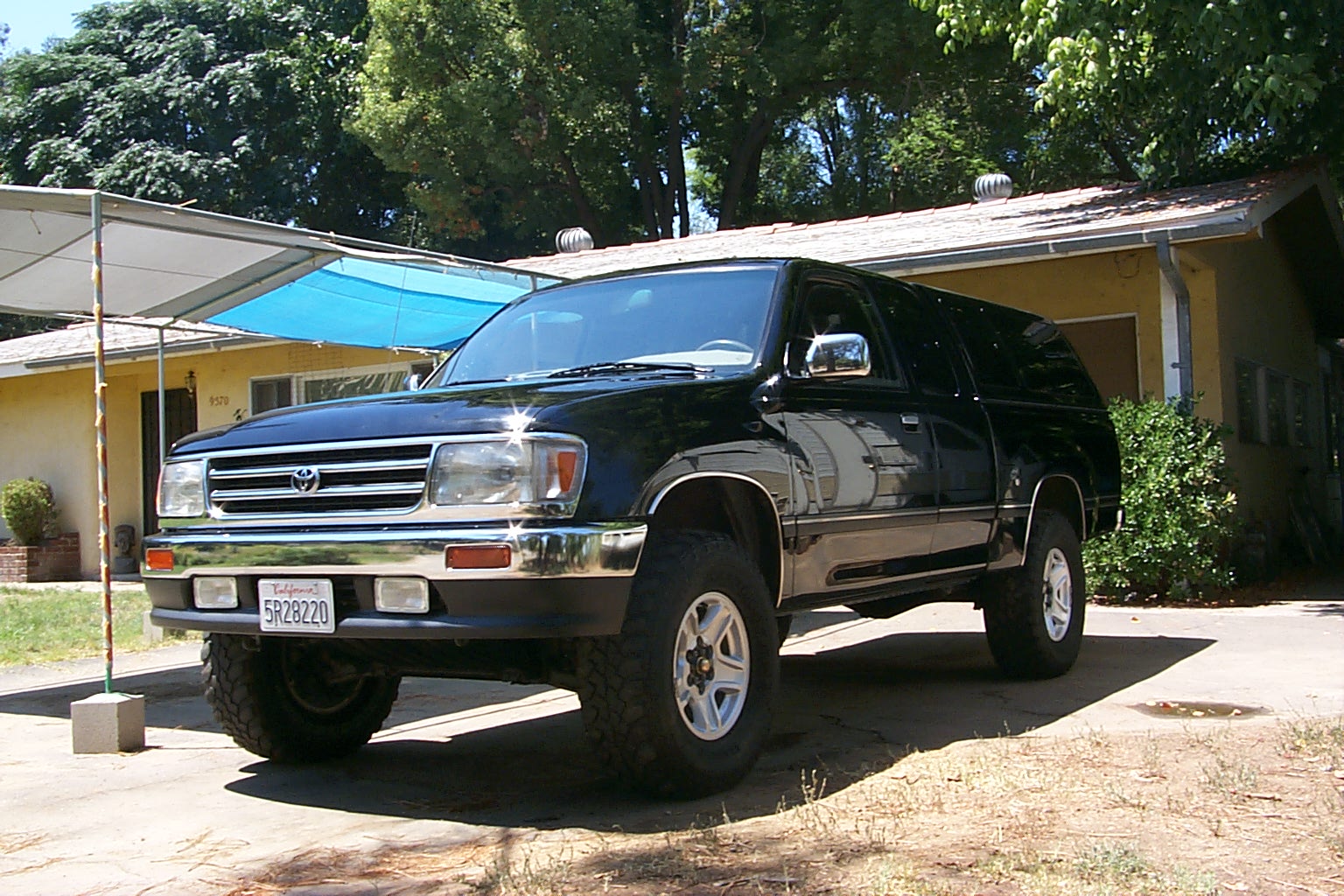 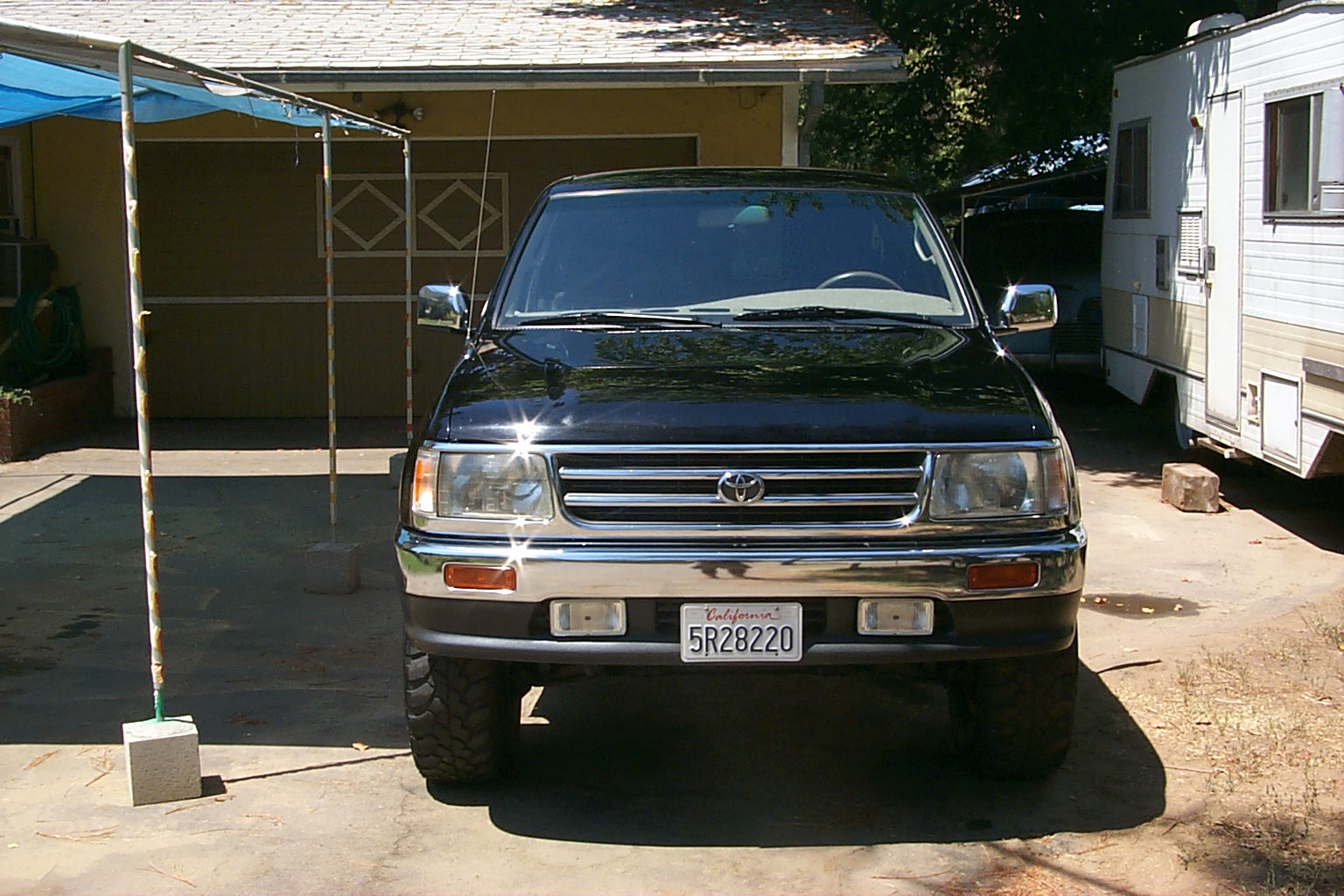 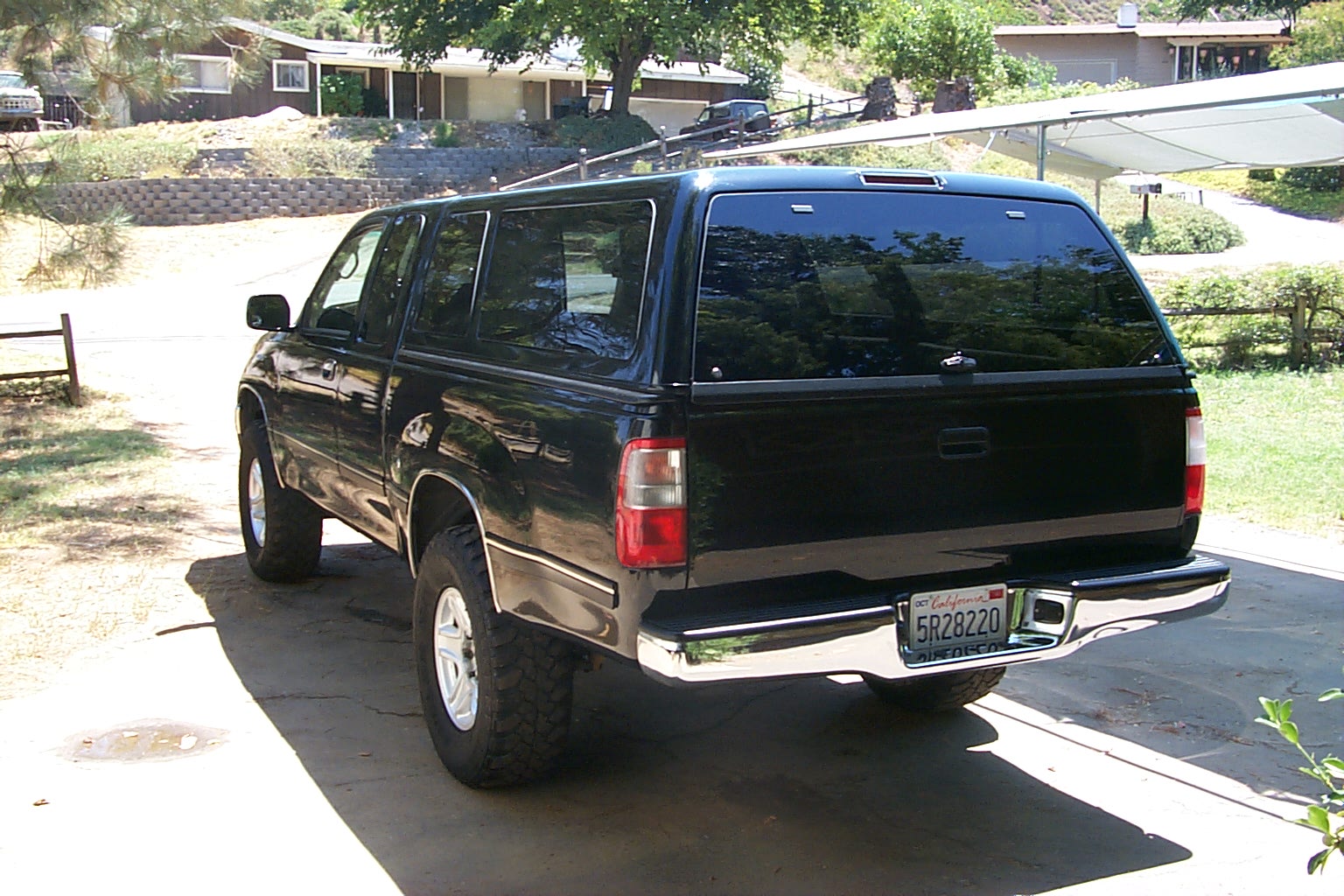 Bought some new wheels and tires, removed the camper shell: 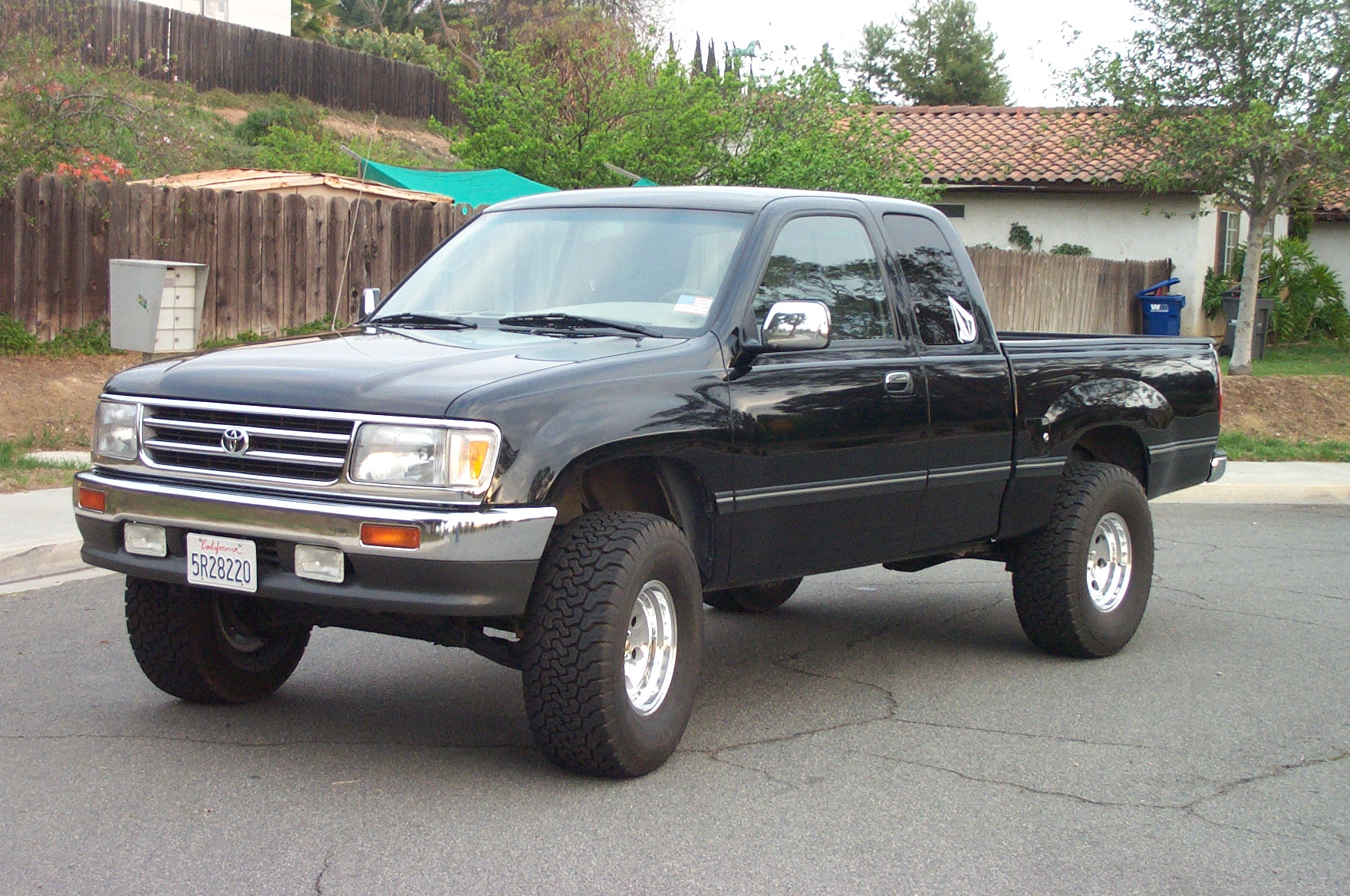 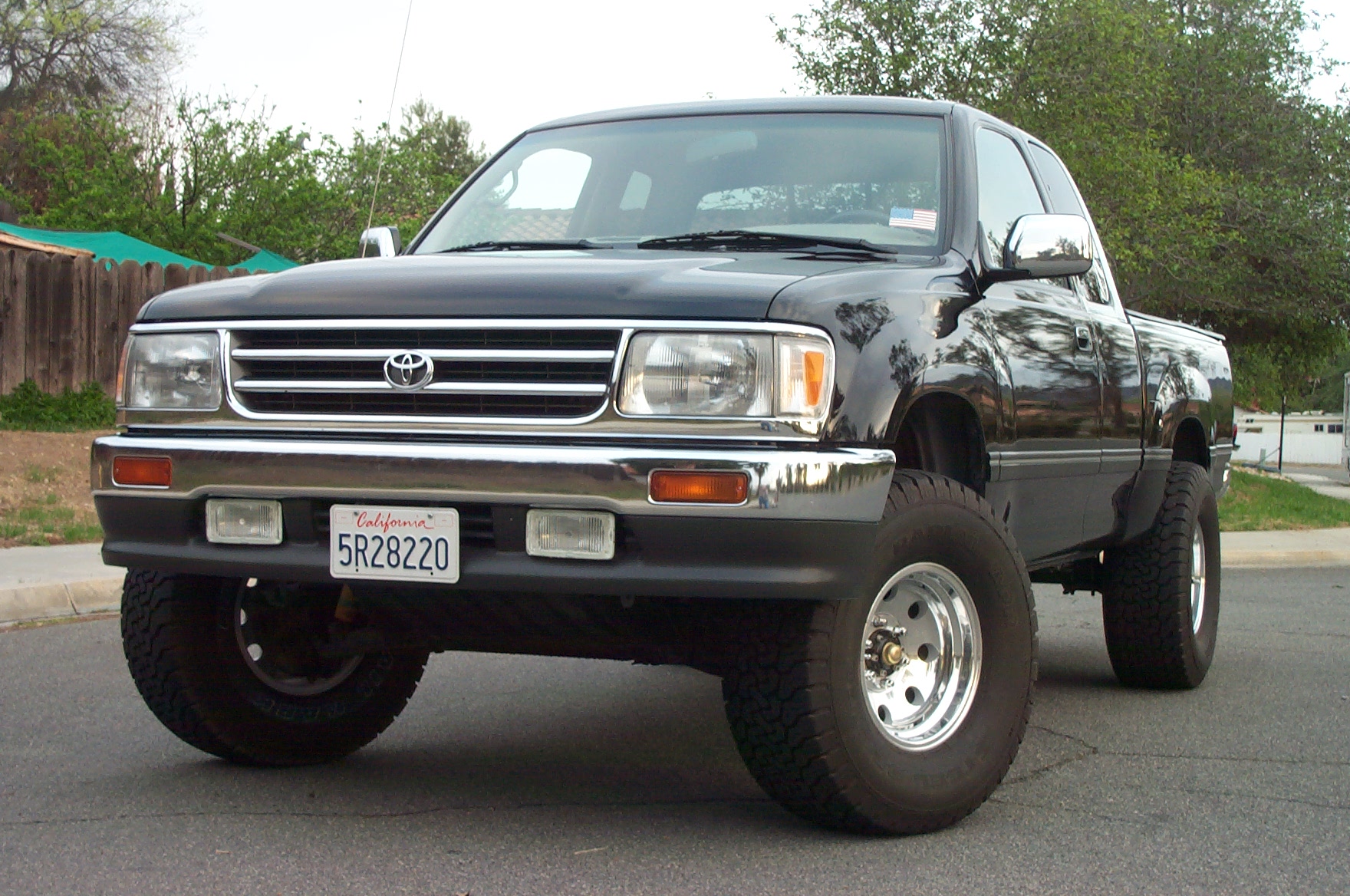 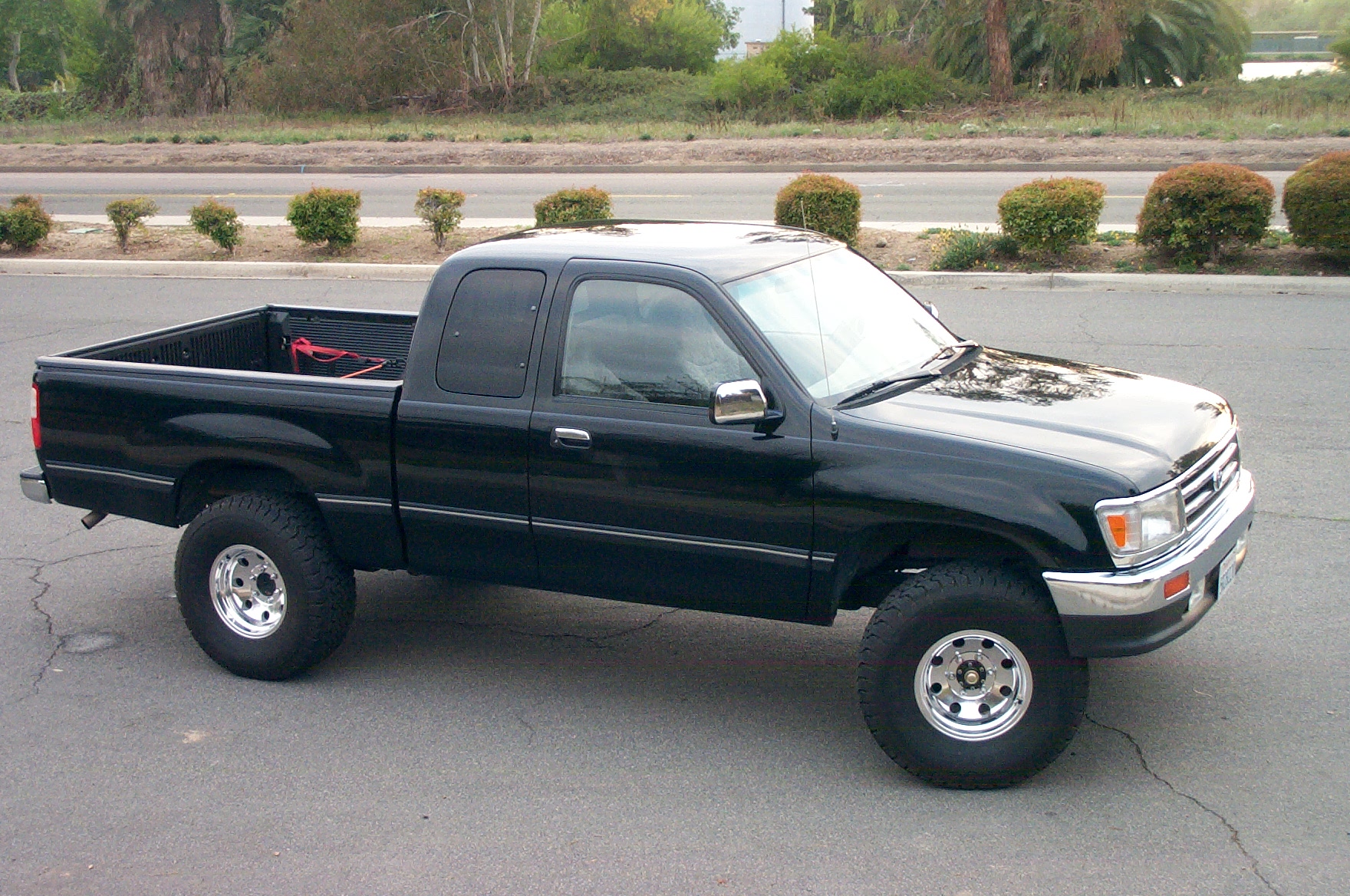 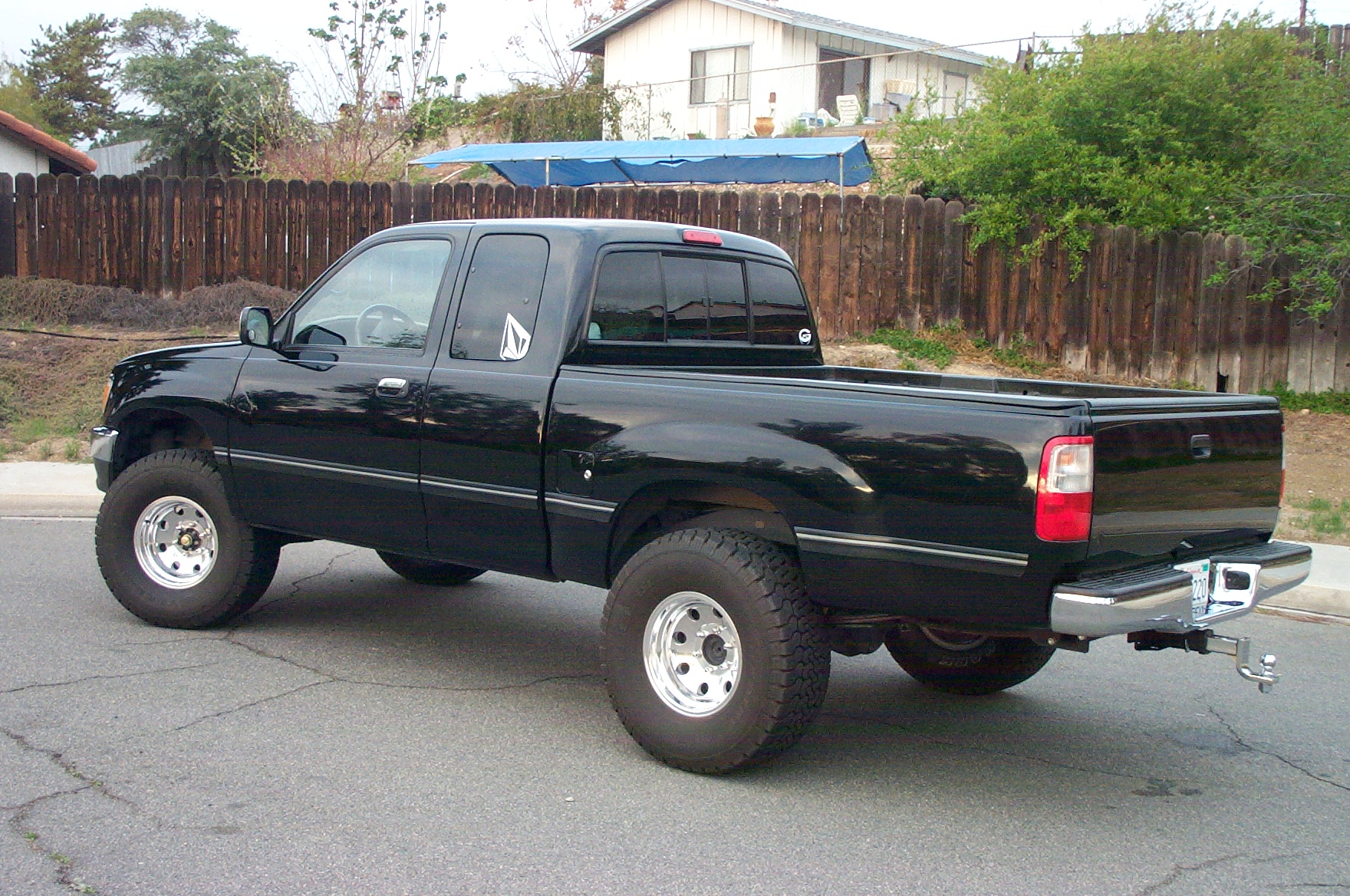 Always wanted one. Best of everything (4wd that is) Strong frame (Pre Tacoma), Strong suspension (torsion Not struts), Strong steering (Swing steer on 4wd only). Awesome motor (3.4). Large body for more interior space. Not a full size so it is not huge. I even think those factory wheels are the best looking factory wheels you can get. You got an awesome truck there. I am jealous and always wanted to build one but had twins right off which threw me into 4 door/SUV territory.

We did have a complete e cab that we were thinking of putting on a Toyota mini truck frame so that we can do 3 over long travel and a t100 rear end and have it all under stock body panels. Imagine that. a 100% stock looking T100 tearing through the desert with stock fenders but long travel underneath
Reactions: BMH, the bodj, Do Dah and 1 other person

Never thought about that. That would be pretty F-ing awesome. A total sleeper.

Ya, I dug those wheels also but I was, at the time, looking to make my truck look a little more custom. So I sold them and got some cheap Alcoa knock offs. The offset on the new wheels were wack an made my steering super twitchy. Gave me super "precise" turning but was pretty fucked otherwise.

CL Posting of the wheels/tires: 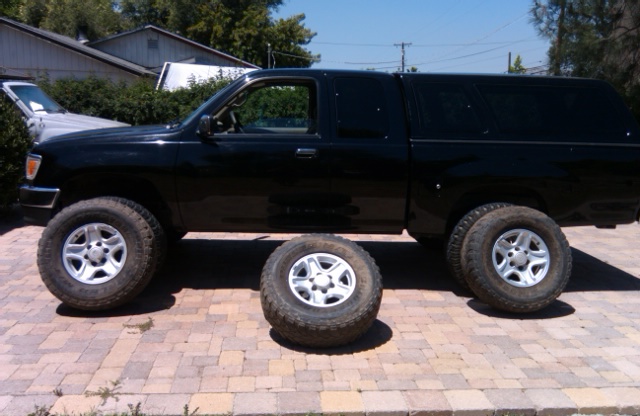 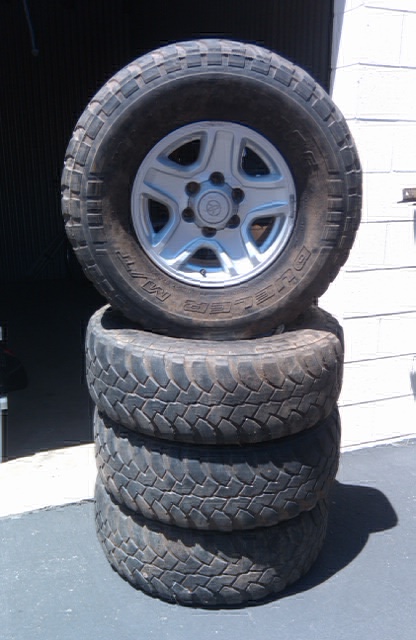 I then came to a cross roads. I had some extra money to spend. It was either I pursue more horsepower or go suspension. After many sleepless nights (not really), I decided to go with horsepower. I was lucky enough to find a TRD SC on CL for around $1,200. I had a guy who supposively used to work for Toyota put it on. He also threw on a cat-back exhaust system. I asked for something not that loud with a larger pipe out the back. He grabbed something that was sitting in the back of his garage and put it in. Way louder than what I wanted and was a little bummed on the fact he sold me on something that was supposed to be new but it was used. Oh well... 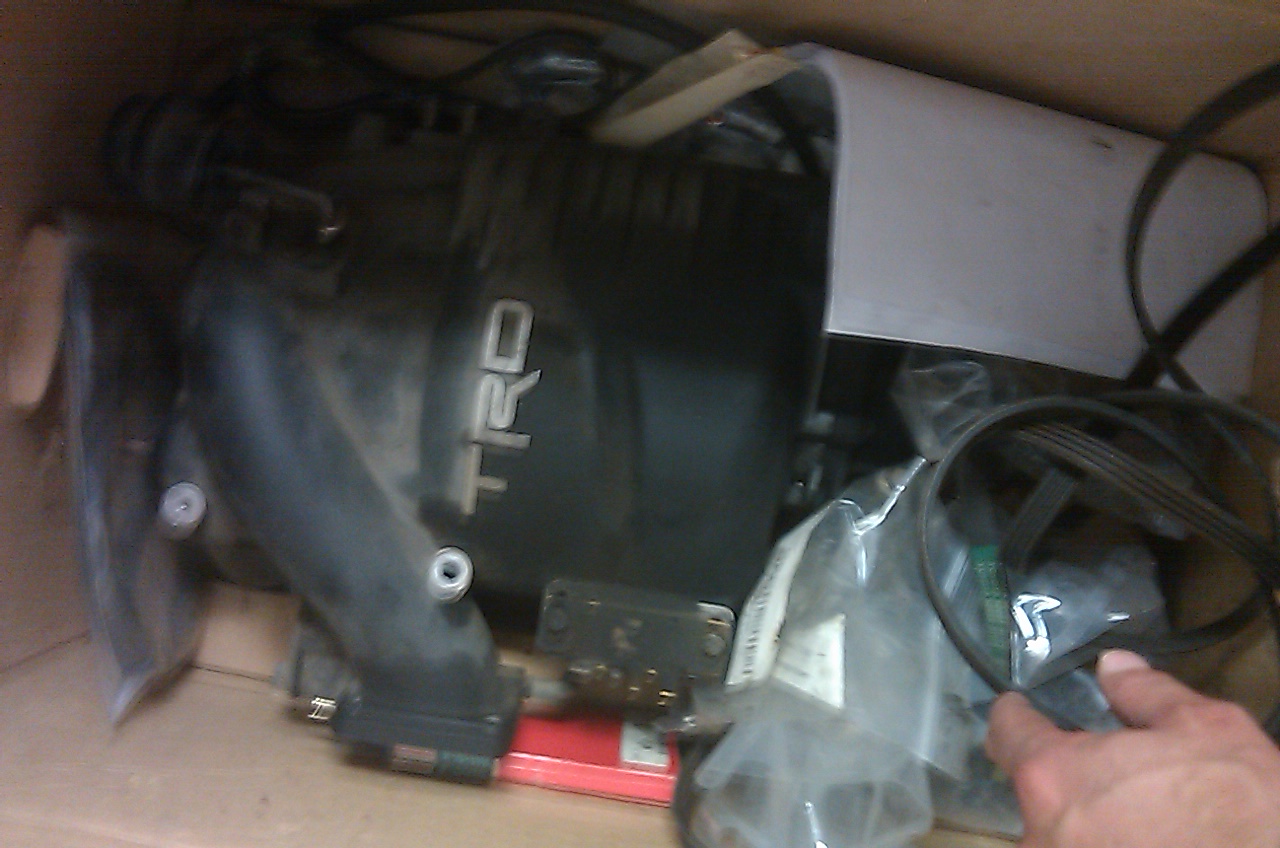 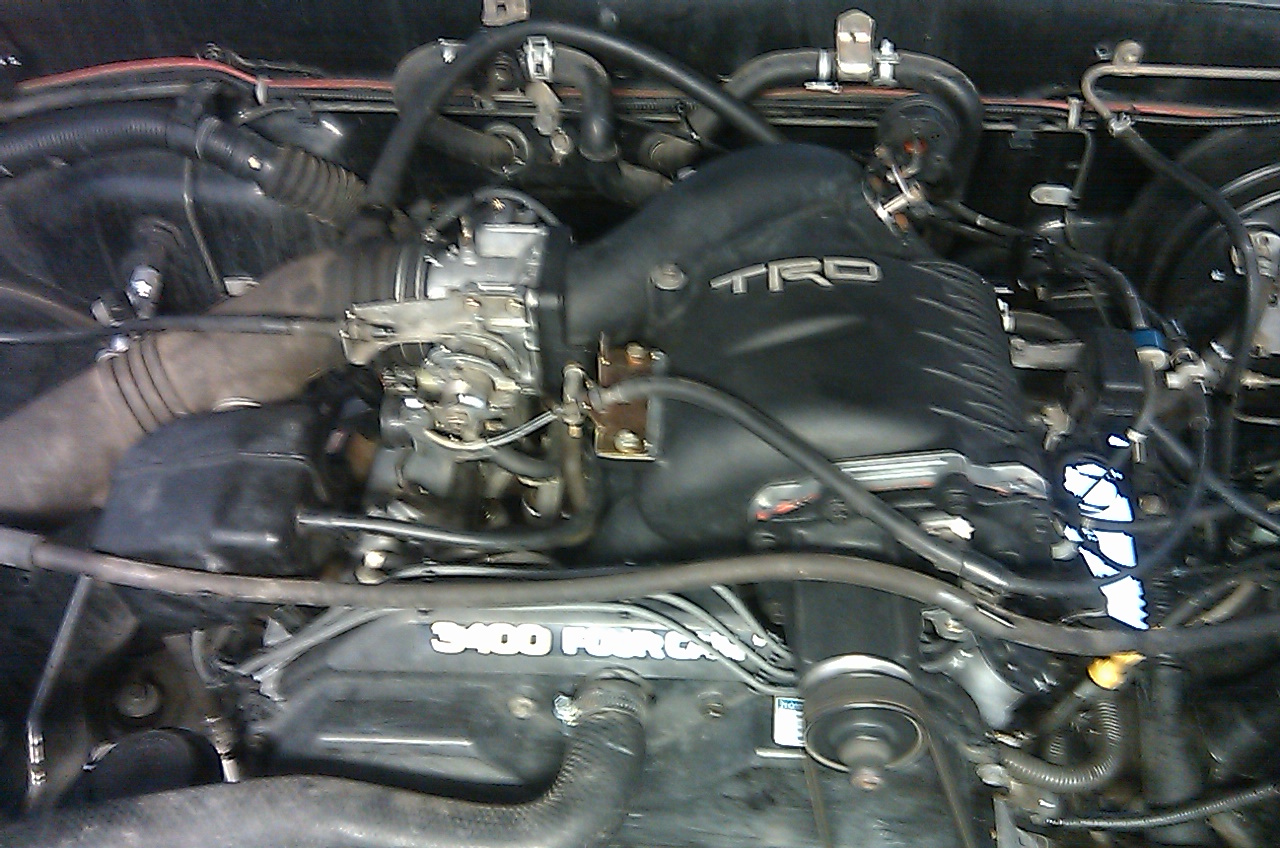 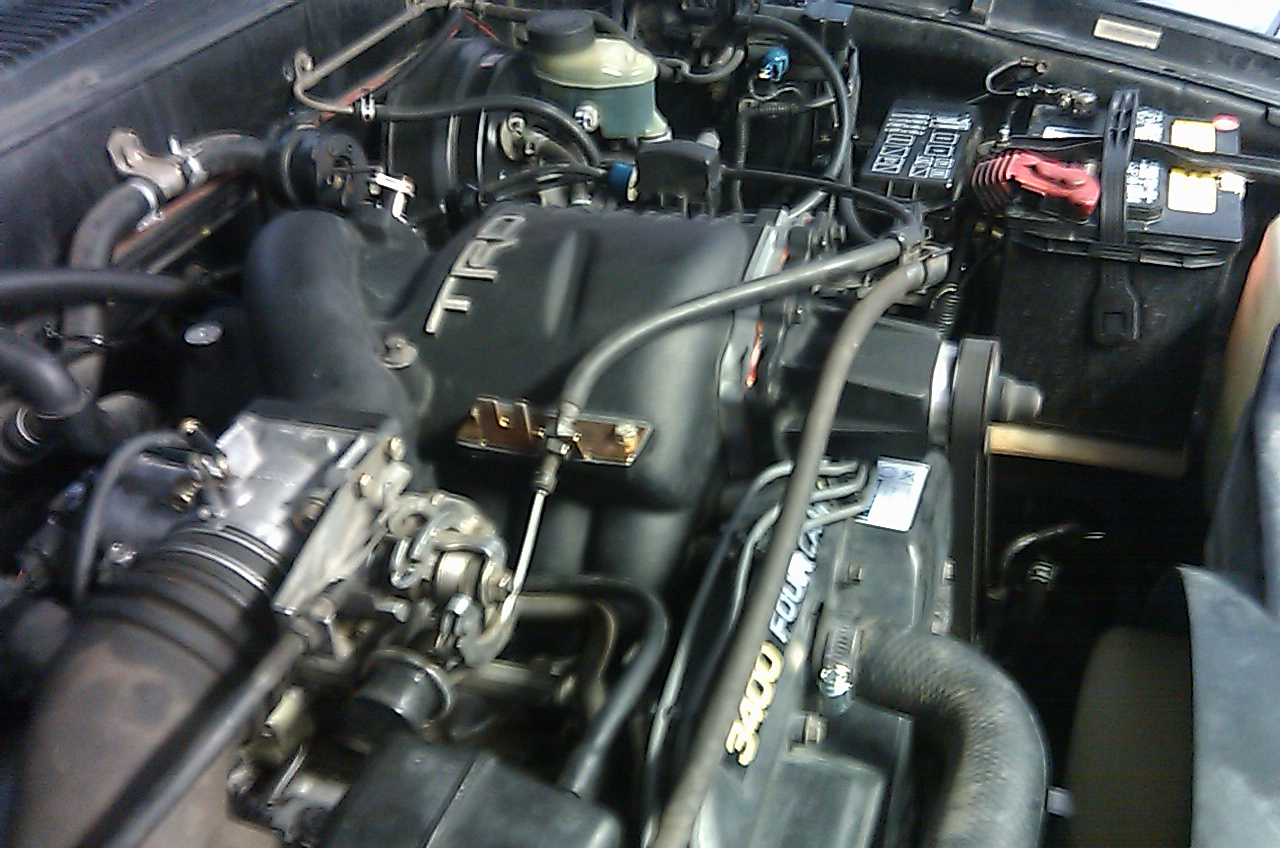 Once the SC was install, it definitely had more horsepower. It became way more fun (hence the name sake). It was loud, rowdy and fast(er). It did have a hiccup though and ran lean. Was never able to get anyone to help figure it out until a few years later, I found out about the URD 7th injector kit. I drove it sans 7th injector for years.

Did some design work for a local Santee wheel and tire company (Custom Wheels) and got a new set of wheels and tires. 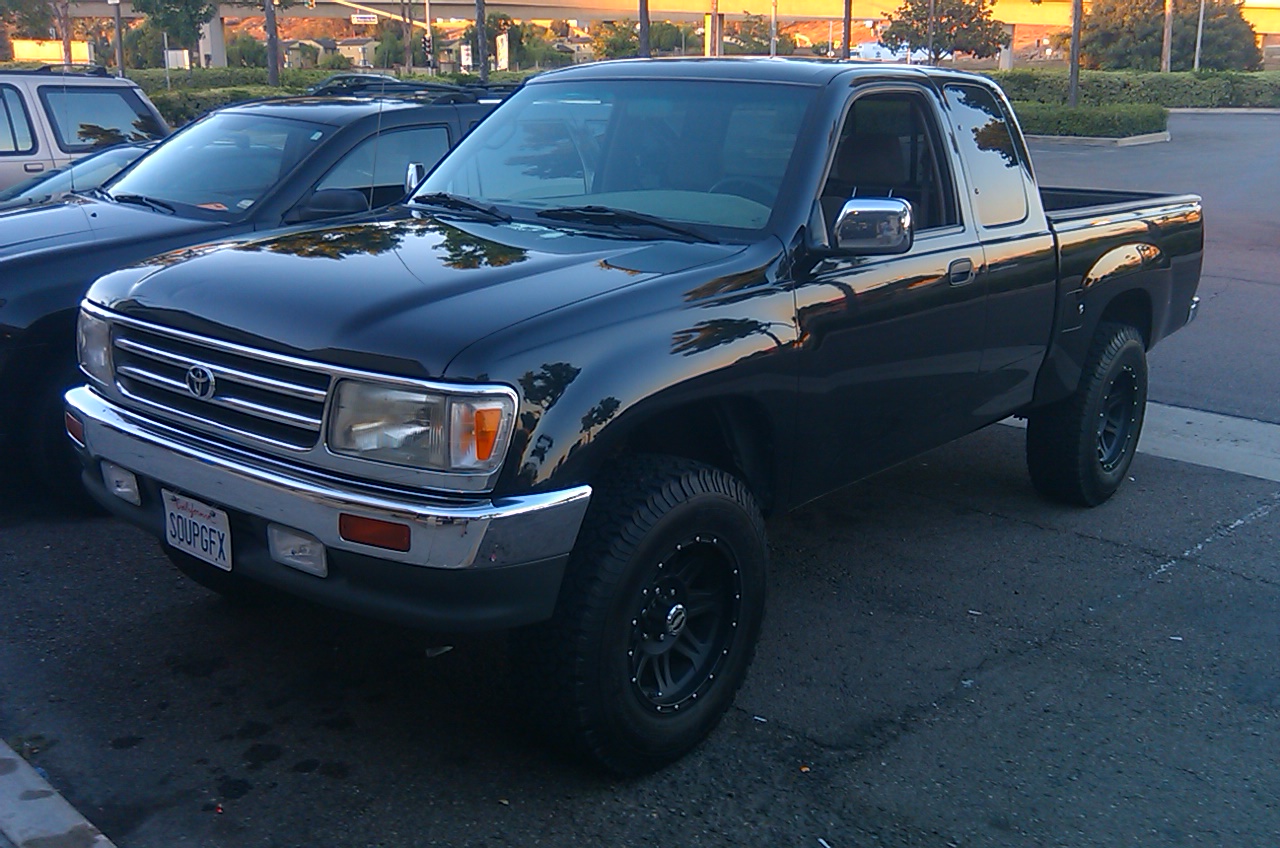 Then about 3-4 years ago, some friends and I went out to Ocotillo Wells. Was out bombing around the desert at 2-3 in the morning. Stopped for a beer and to turn around. Notice something was missing. My camper shell popped off somewhere in the desert. It sucked and we looked for it for hours. Even the next morning we drove around the areas that we felt like we went by and never found it. Fucking crazy. Felt bad about leaving that out there but I'm sure someone came up on a pretty nice camper shell at one point.

So fast forward around 3-4 months. My friend asks if he can borrow my truck to help his brother move. I guess he lived up in LA or something, so he was going to need it for a night and day. Cool. No problem. We had my birthday party planned at the house and he said he'll just bring it back to me when he comes to the party. When they brought it back to me. I had a new camper shell. 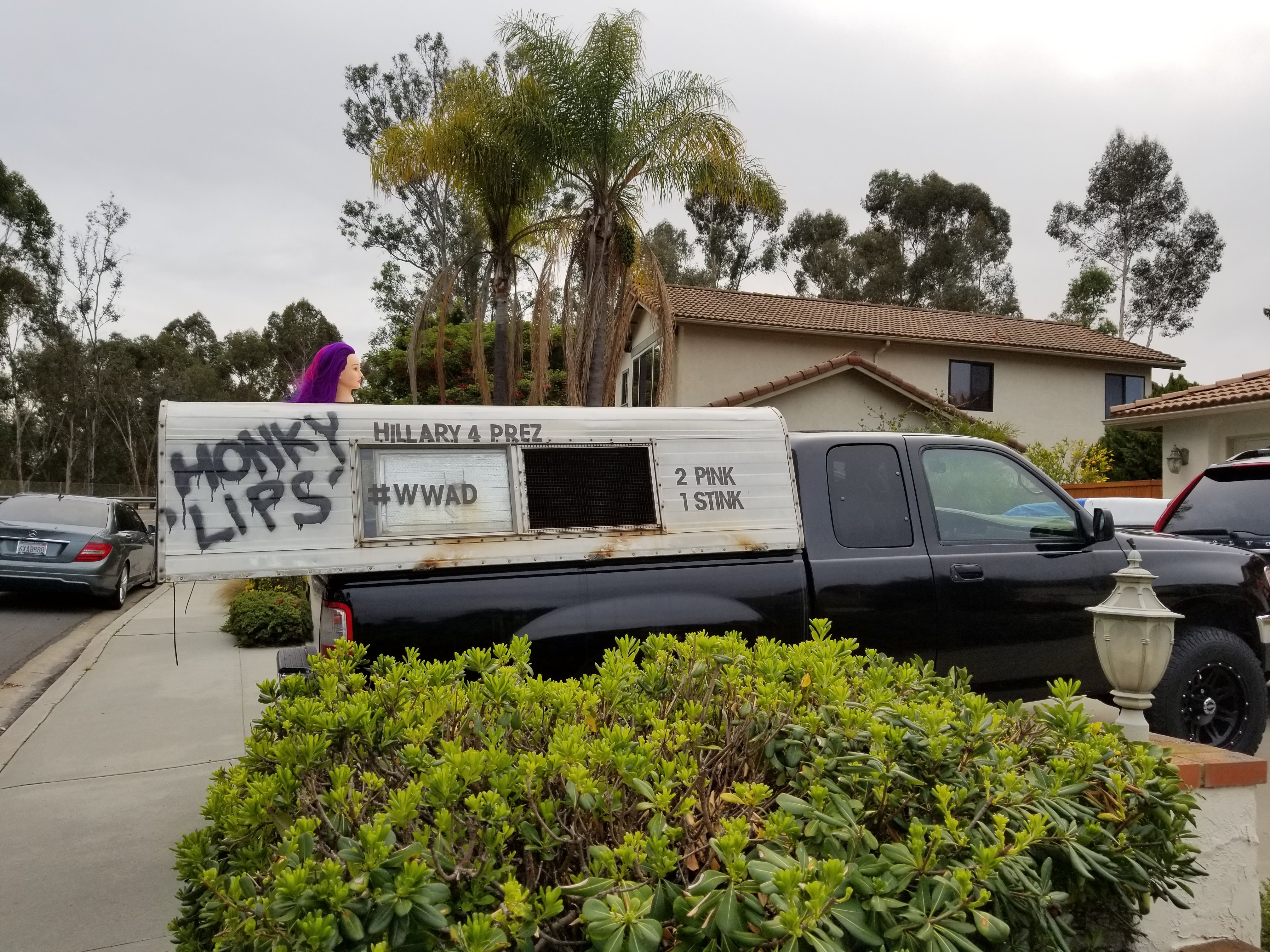 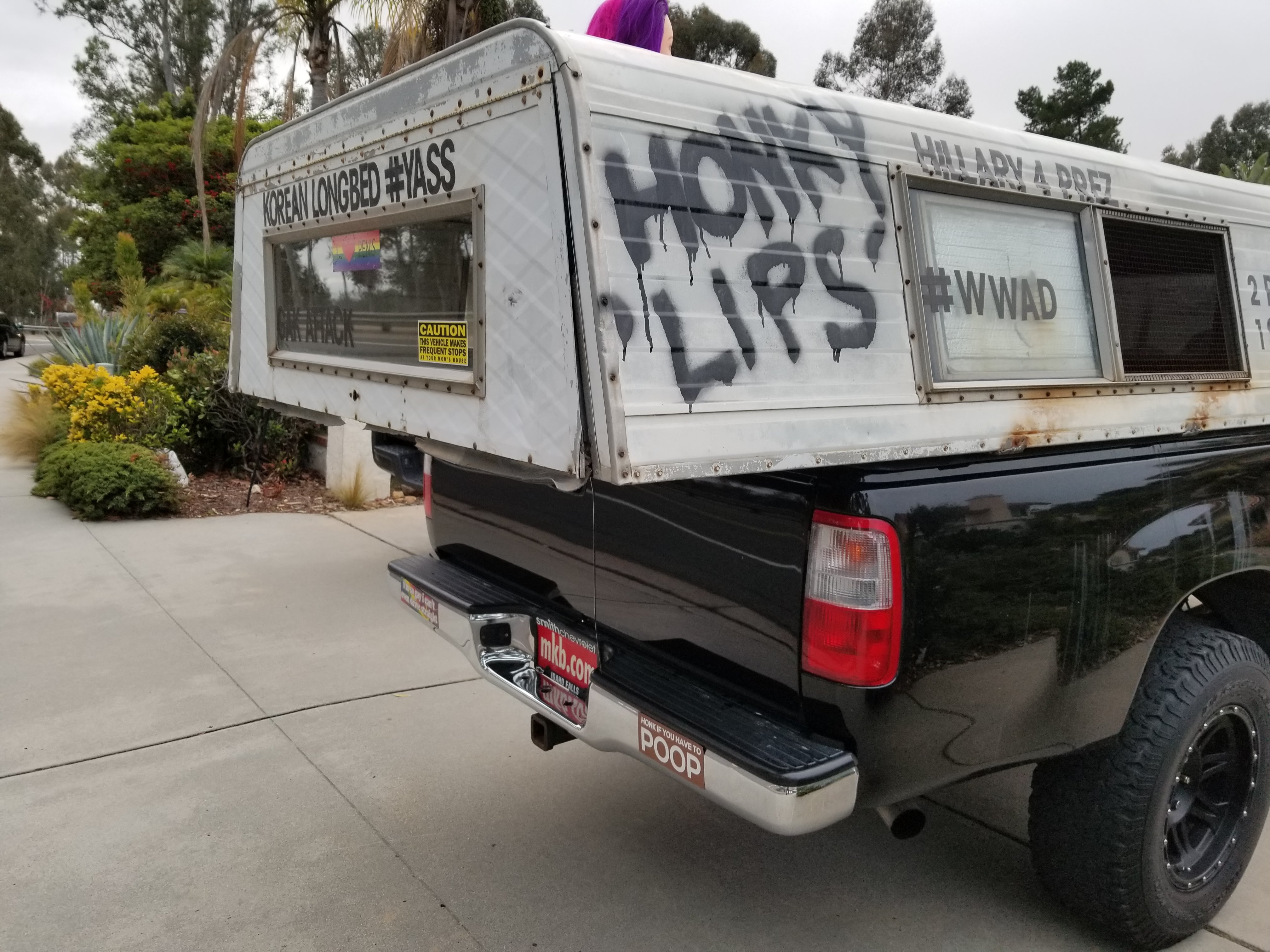 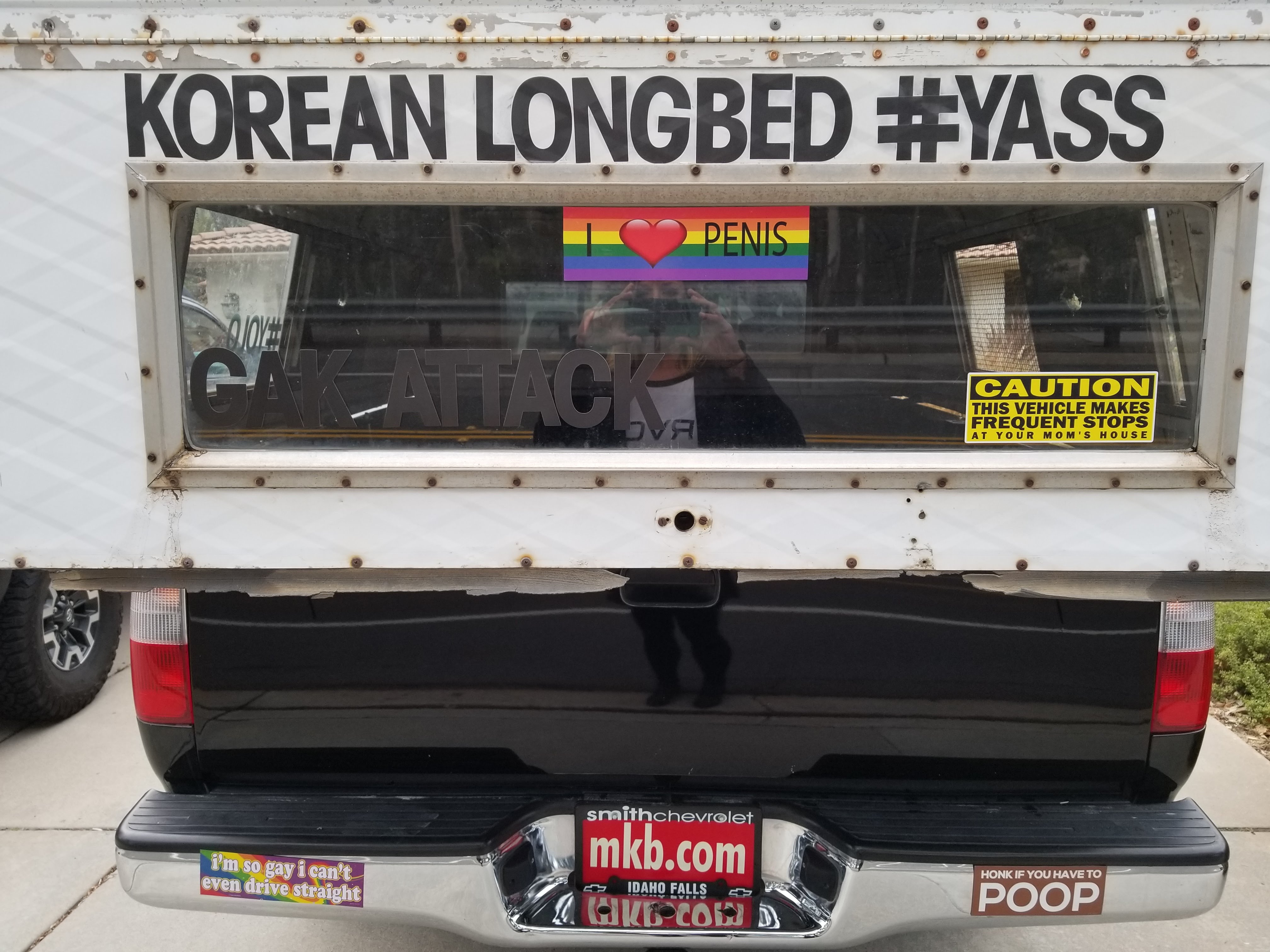 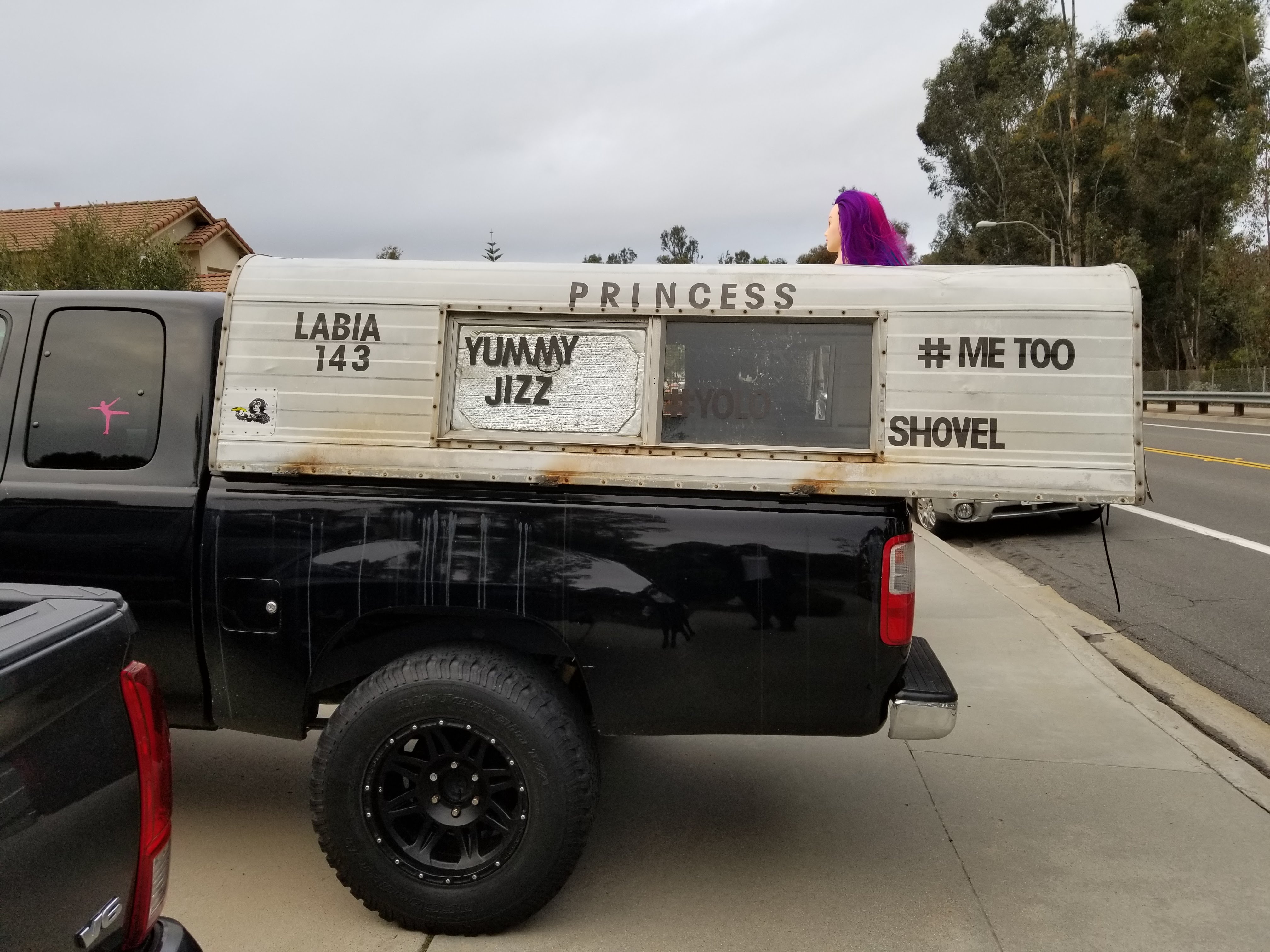 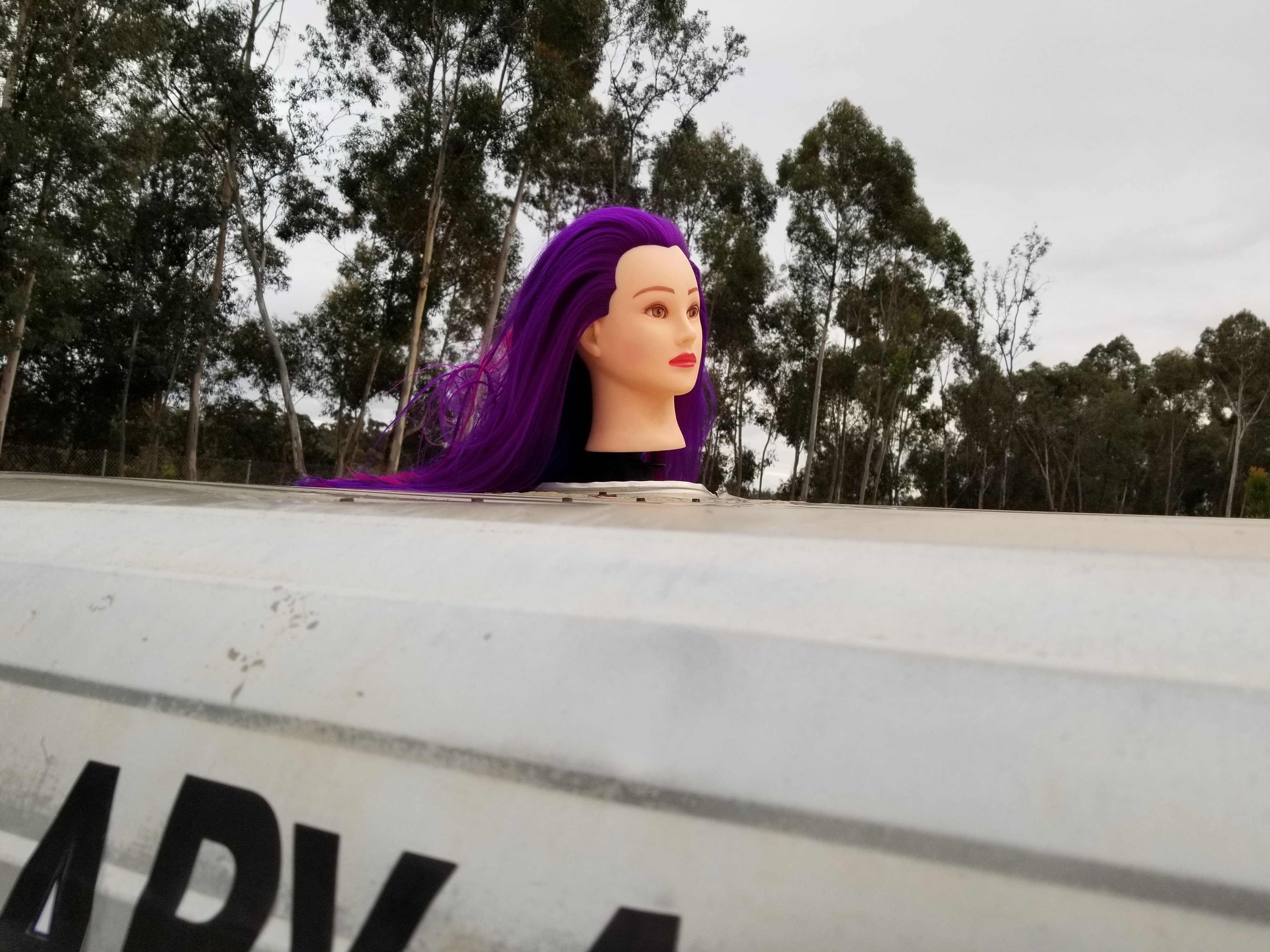 A guy i worked with bought a brand new one back when they came out. The shop had all windows all down the wall. I got to stand at a bridgeport and look out at the truck I wanted all day while I drove a shitbox. Dick.

Cant find one here in NJ thats not rusted through.

I like the stock rims too. Black ones look cool though.

The cap is good, but the pink skater in the window is hilarious!
Reactions: smokeysevin

Agreed, very clean.
That camper shell looks more like a soup kitchen than meth lab to me.
We had a 96 3.4 T-woo 4x4, I should of kept it but lived in a condo at the time with limited parking
Reactions: Bertismyname

So by this time, I had strapped the supercharger onto the motor with around 180,000 miles on the clock. Trying to keep things going, I decided to have a local Mira Mar road (Toyota specific shop, which is high praised) to help give my motor a new head gasket and tune up. Spent a few thousand dollars with them to ensure the T-Fun brings more smiles-per-gallon for another couple of years. Well, not the case. The "new" head gasket gave way within a thousand miles and I hydro locked the motor. Sweet.....

I took my truck back and ask the same shop if they could fix it. They gave me a $12,000 quote for a new head and refresh of the bottom end. Let's just say, Fuck you and I'm never spending another dime at that shop after being a loyal customer and taking all my Toyotas to them for the past 3-4 years.

Found a new shop in Ramona that got me a 60K mile used motor from Japan and installed it all for around $5K. We suspect the motor we got was out of a sedan (Camry?) because they had to drill a new dipstick port. It was located in a different spot than the original. Got TRD headers and wrapped them. Not the prettiest wrap job. I'm no expert on that so it was the best I could do. 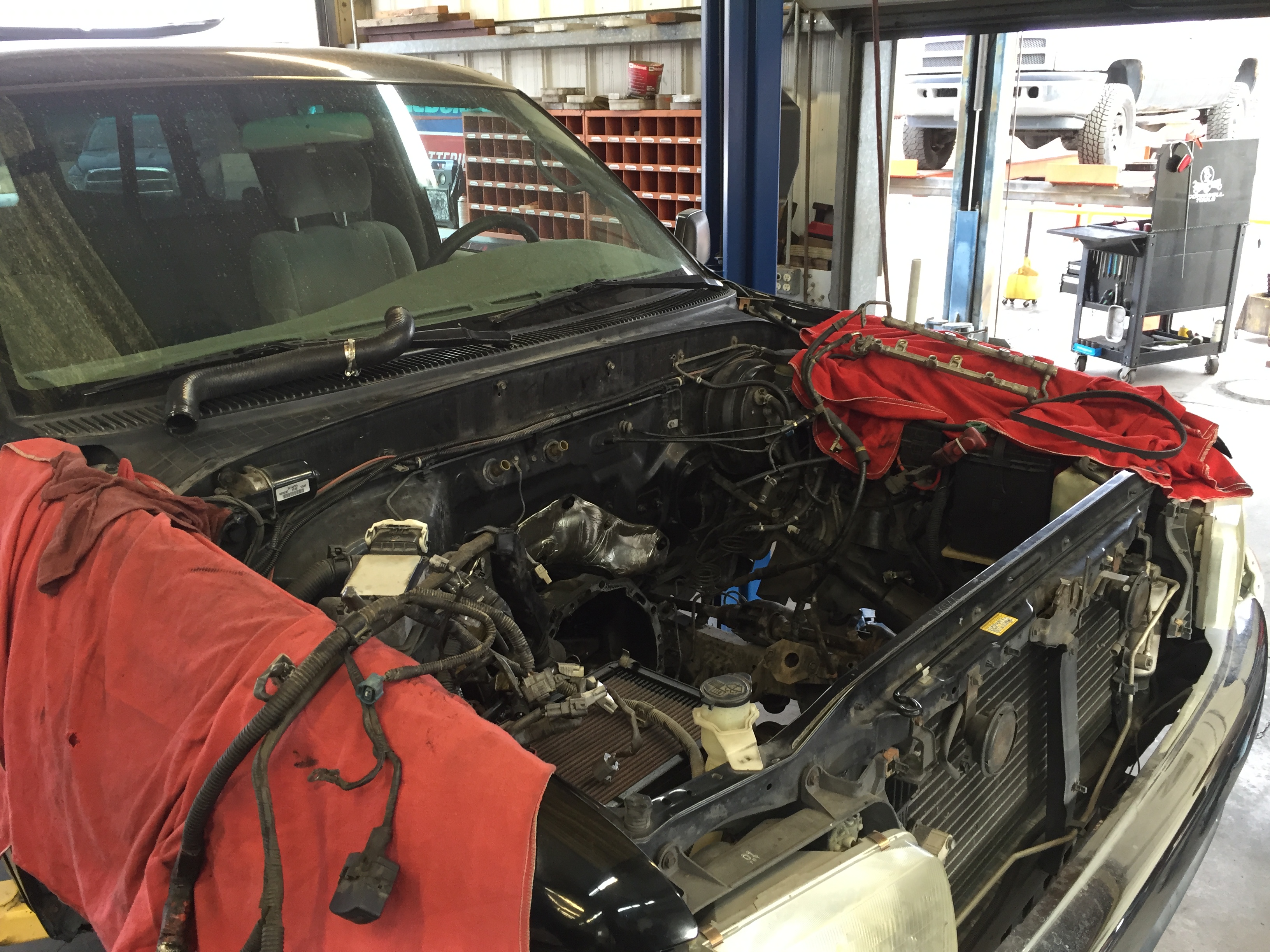 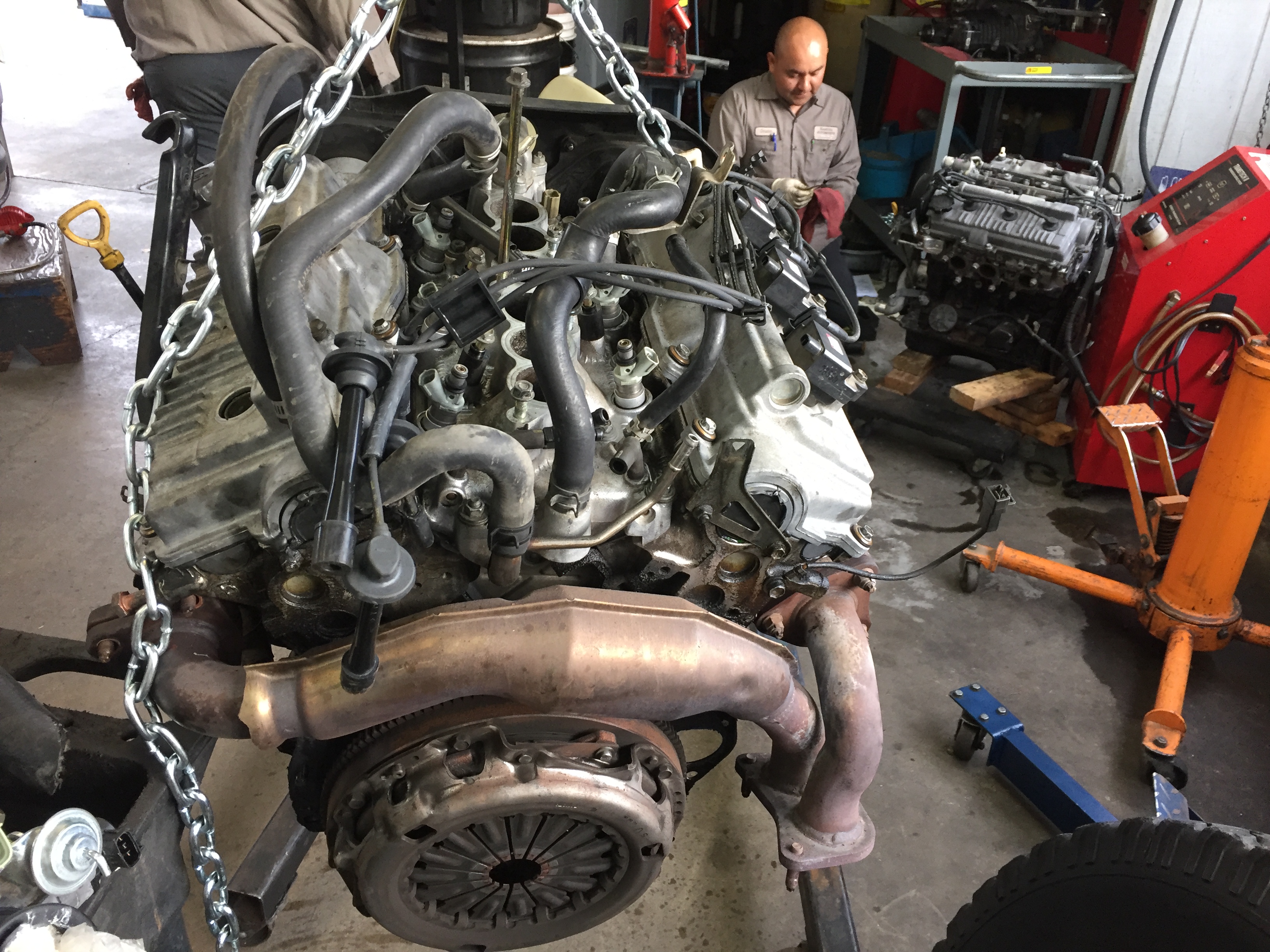 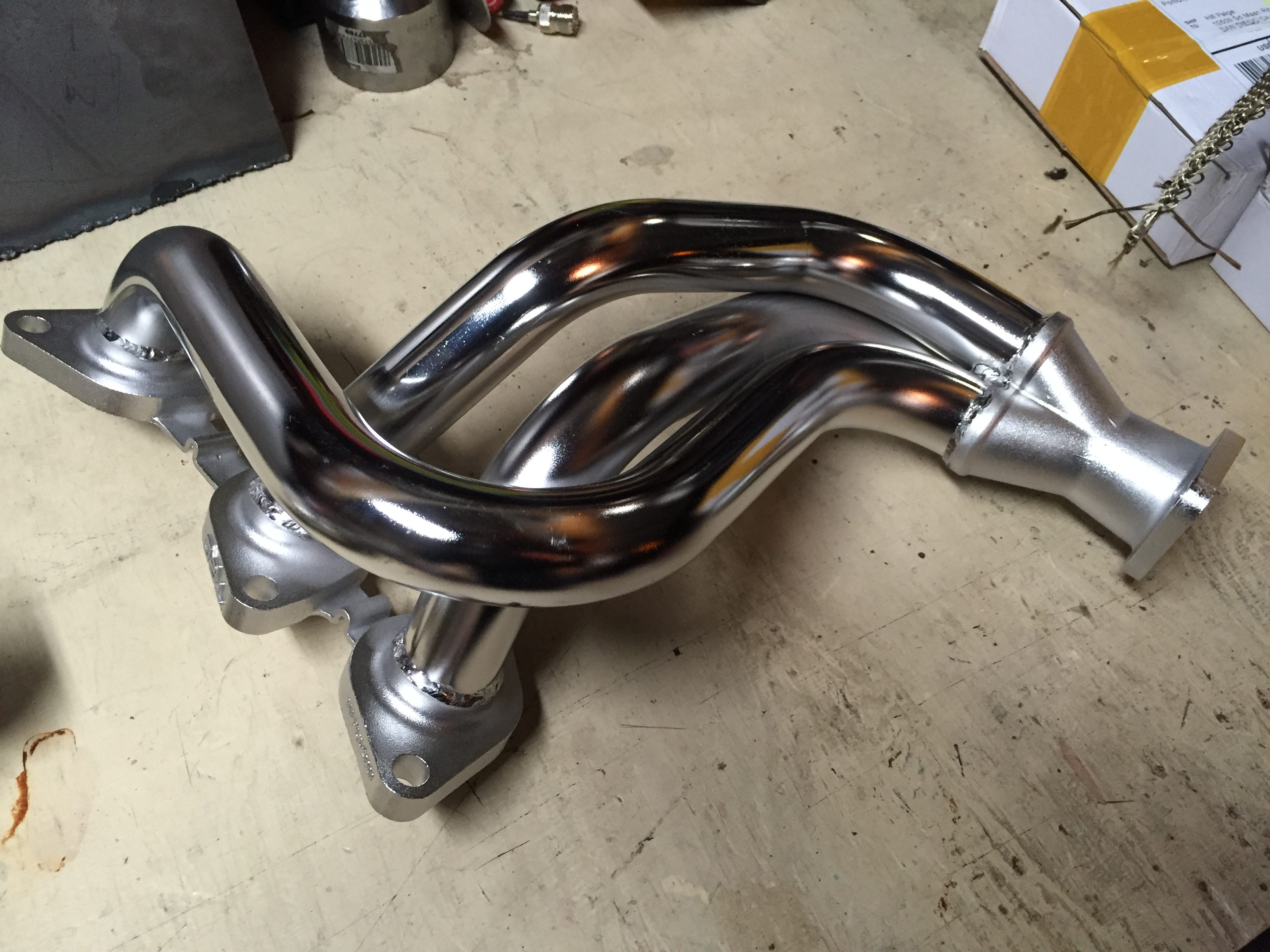 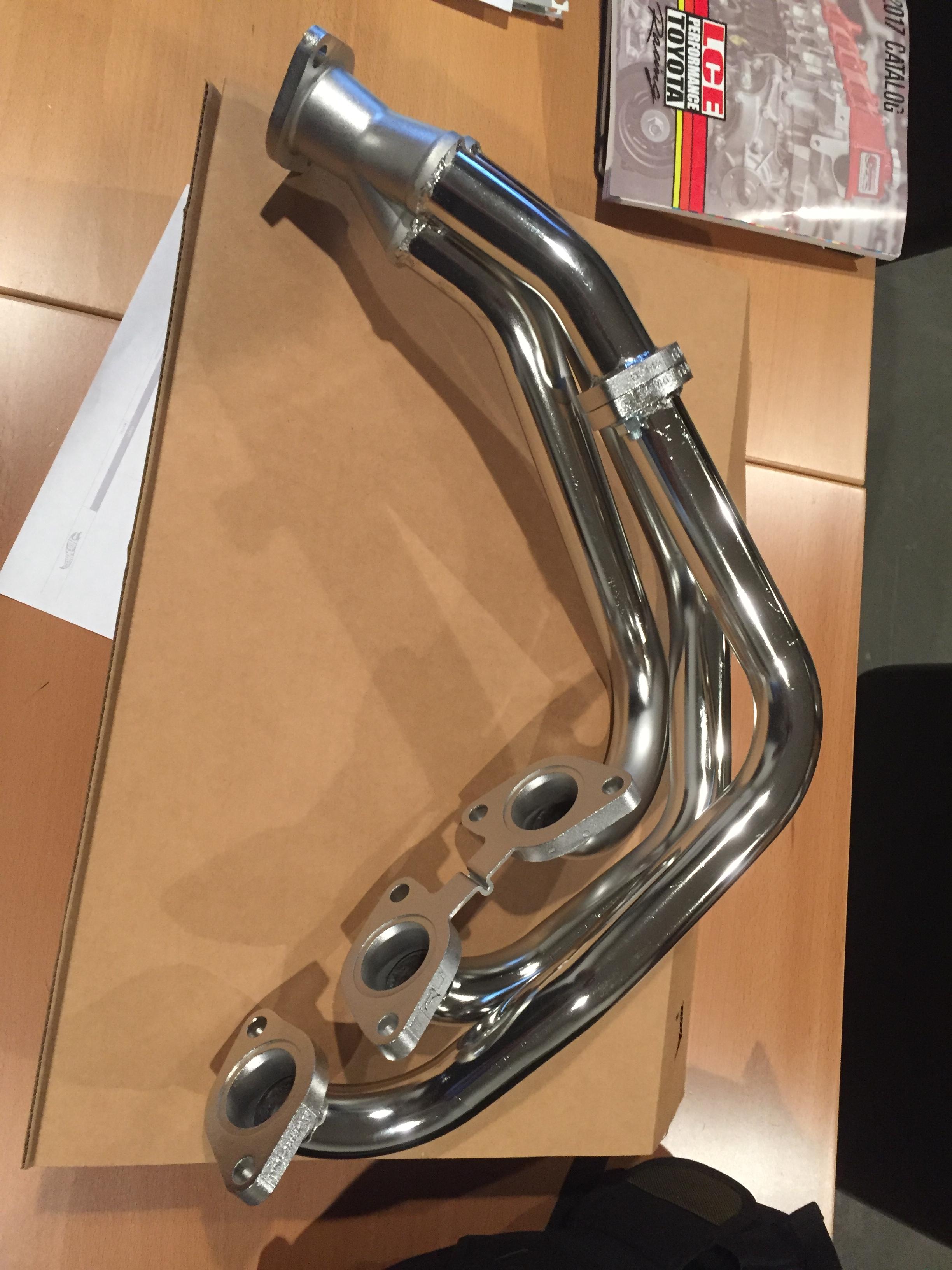 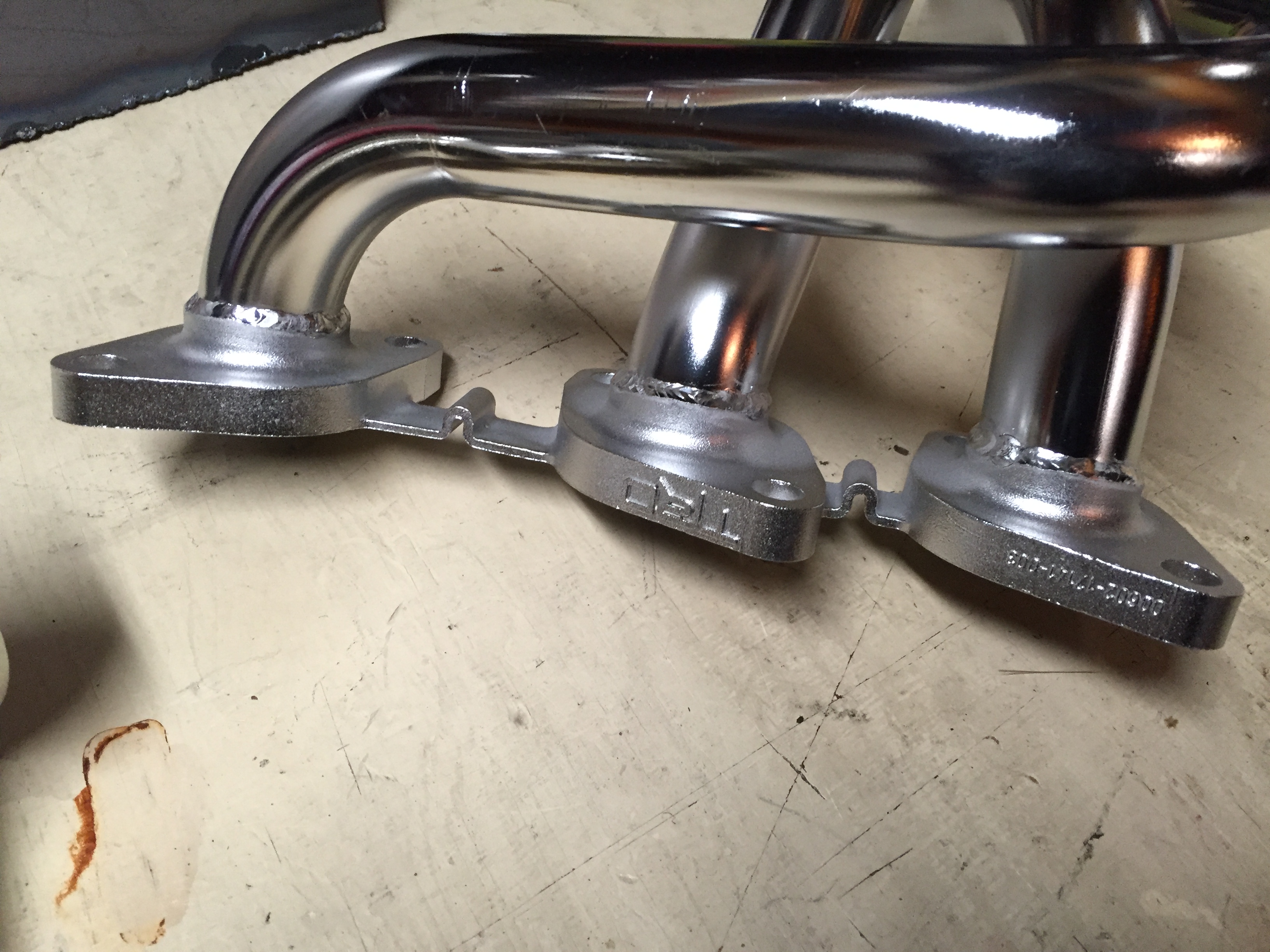 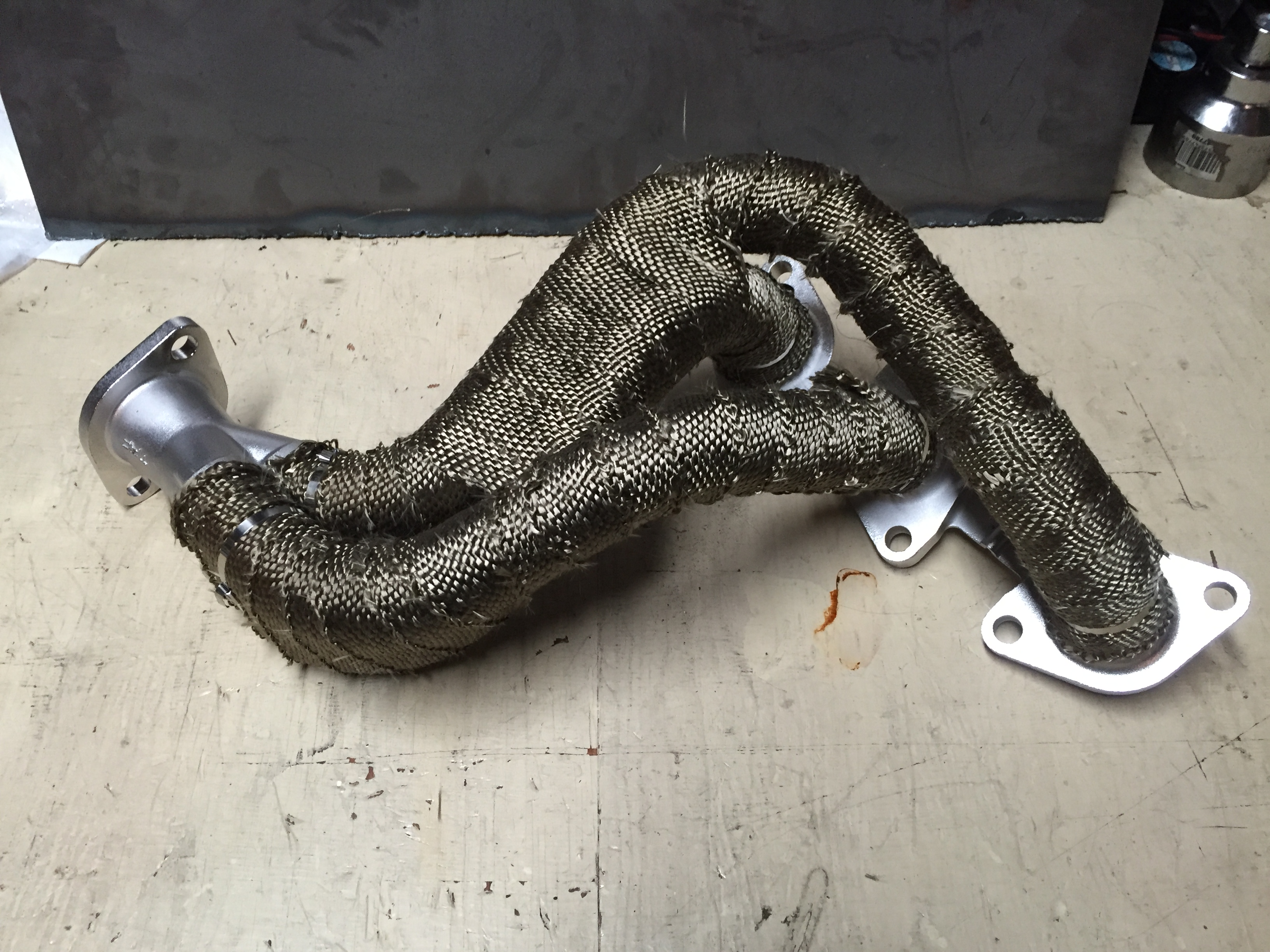 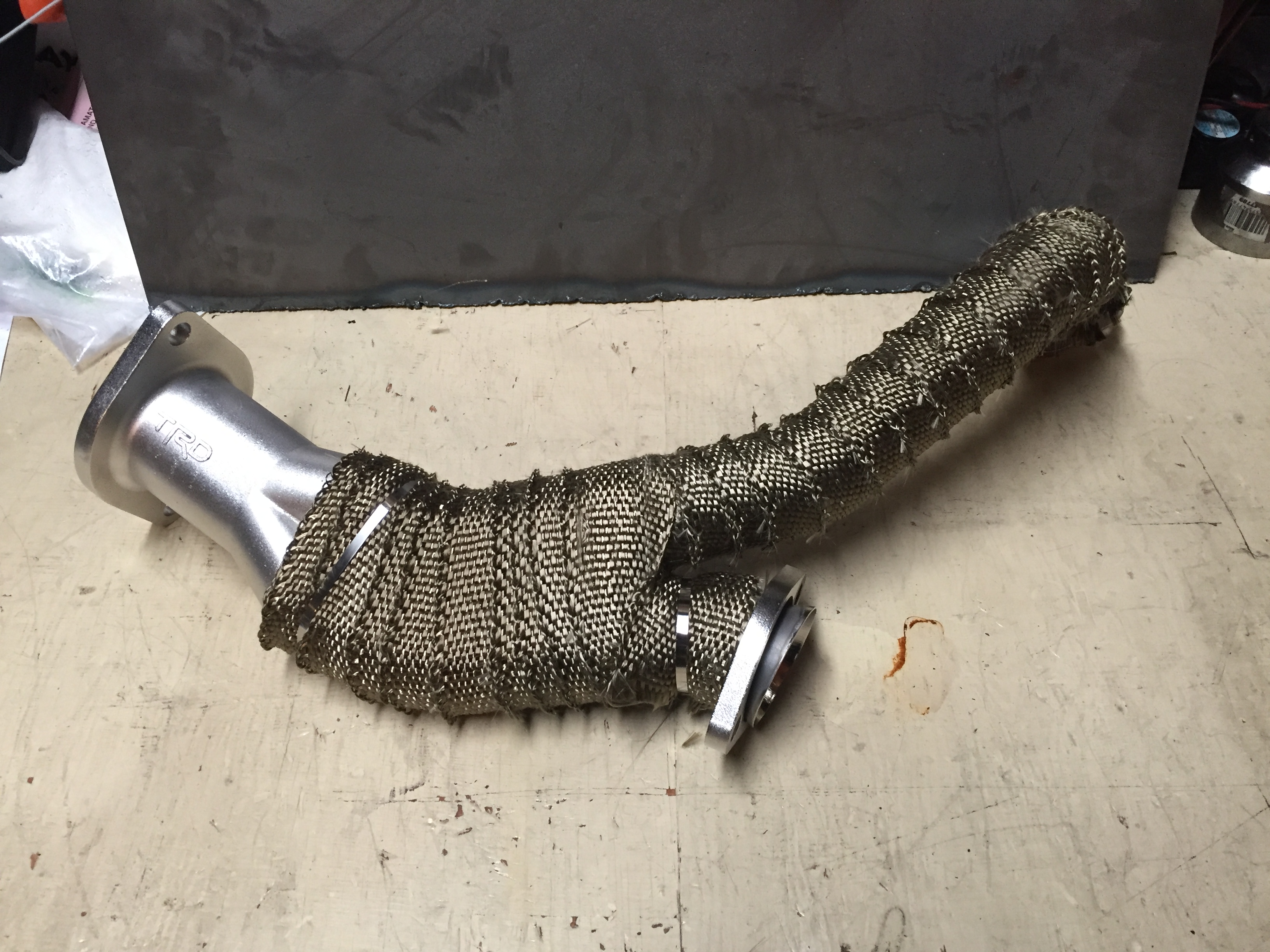 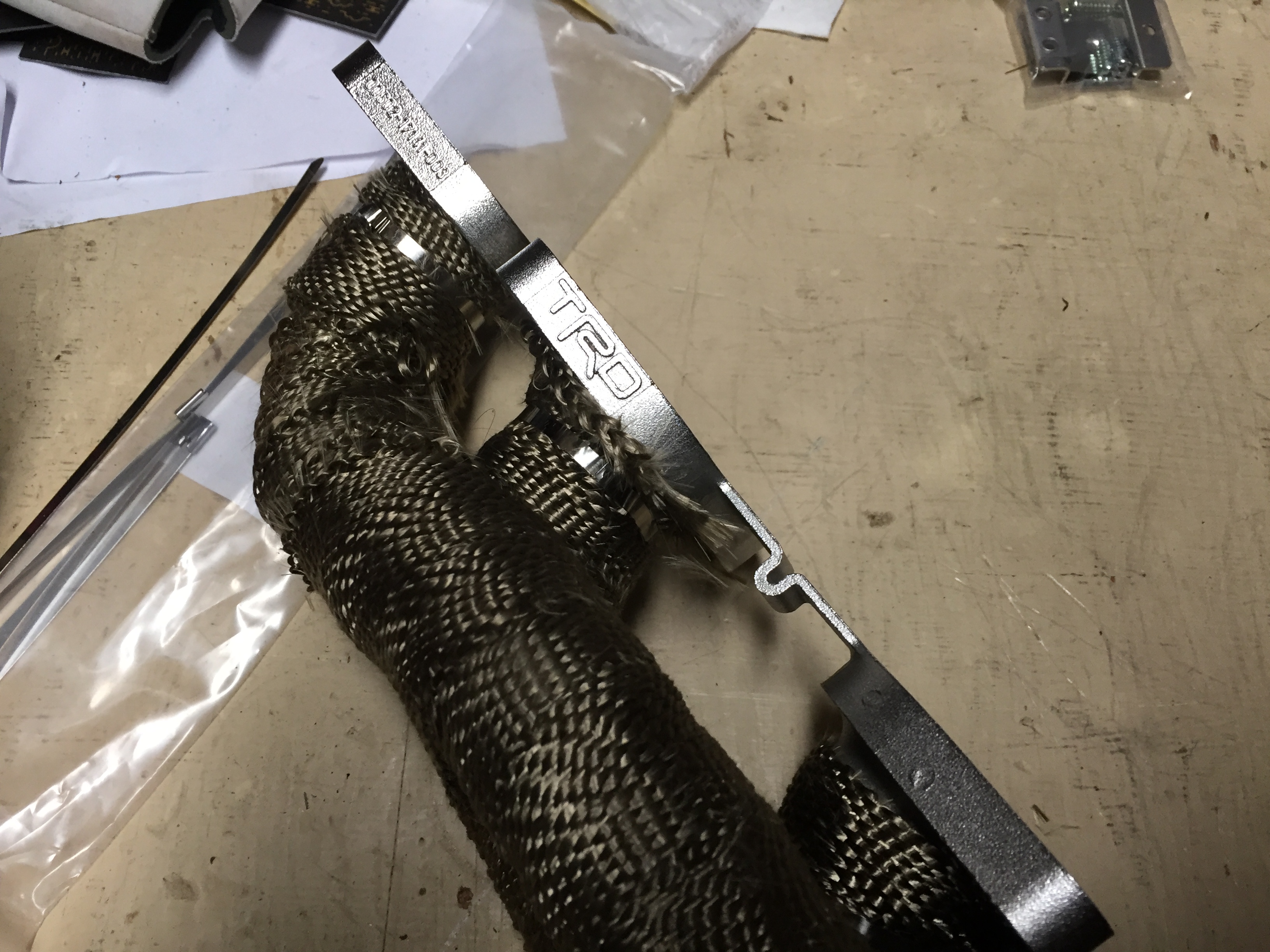 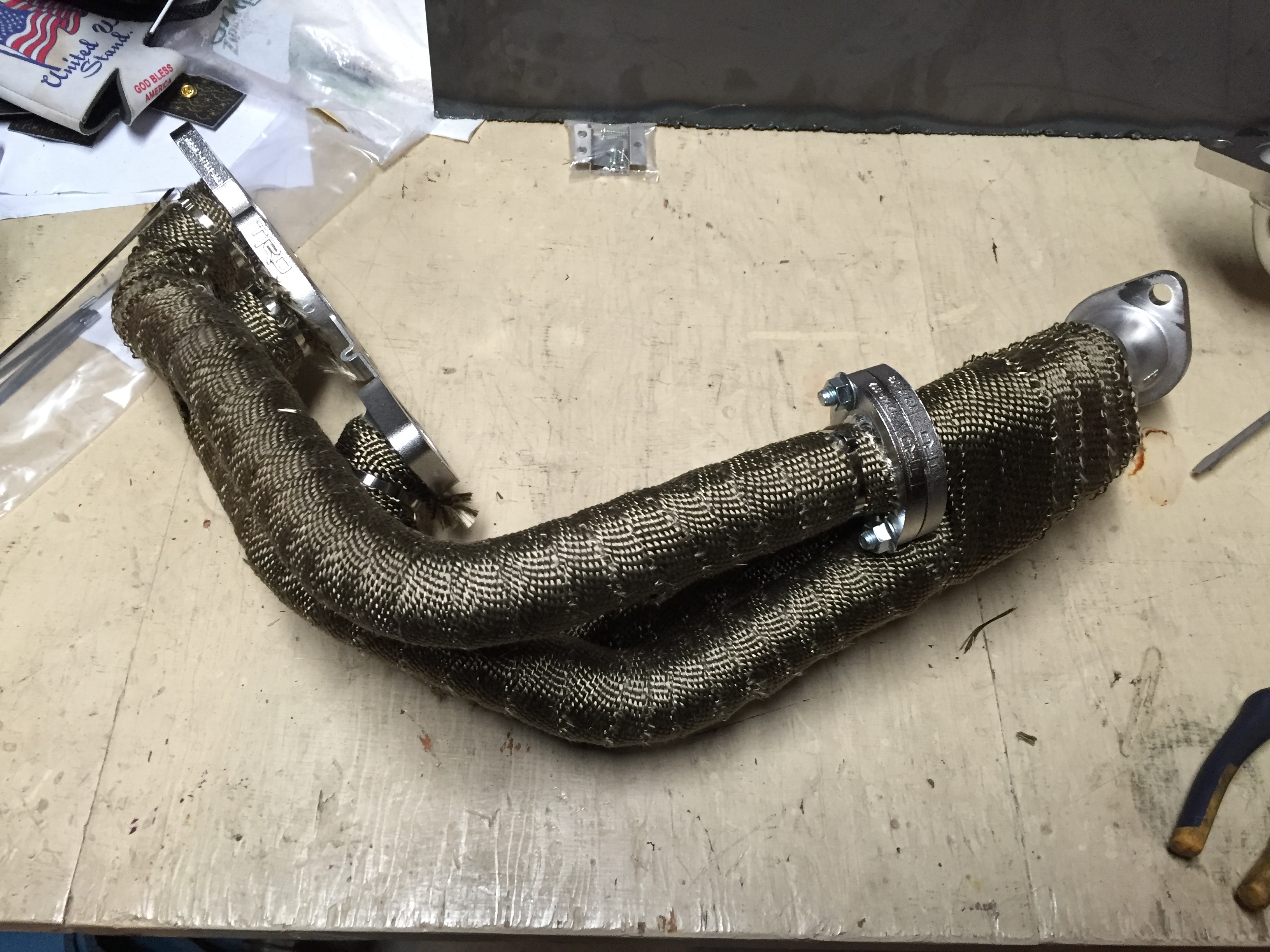