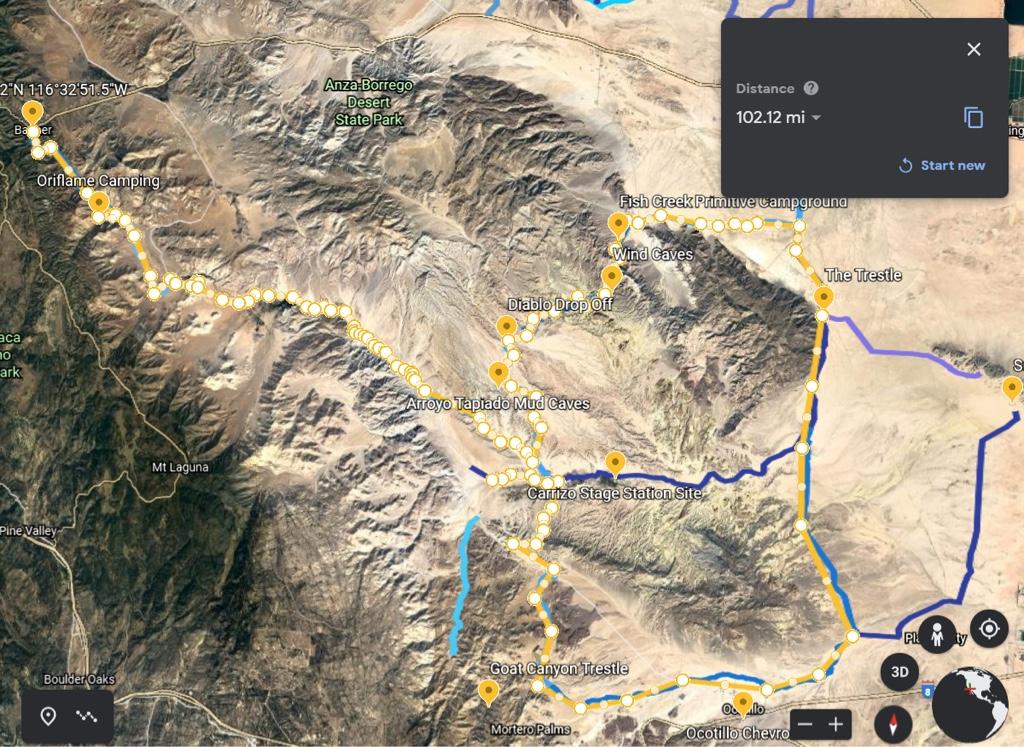 Met in Julian at 9AM: 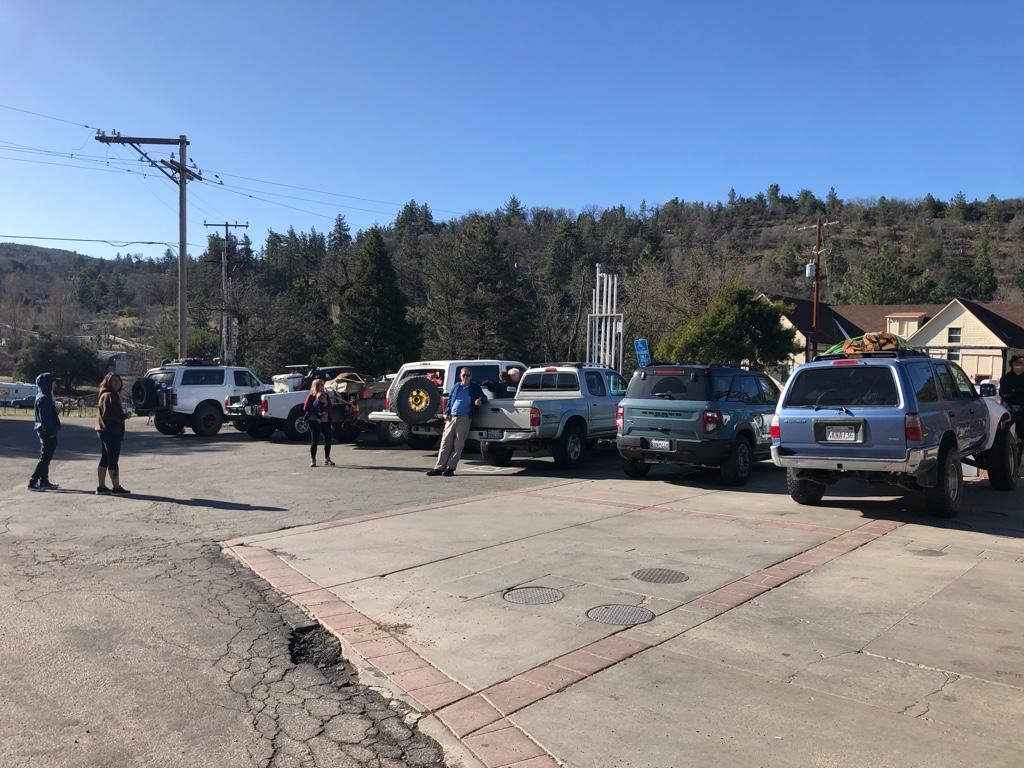 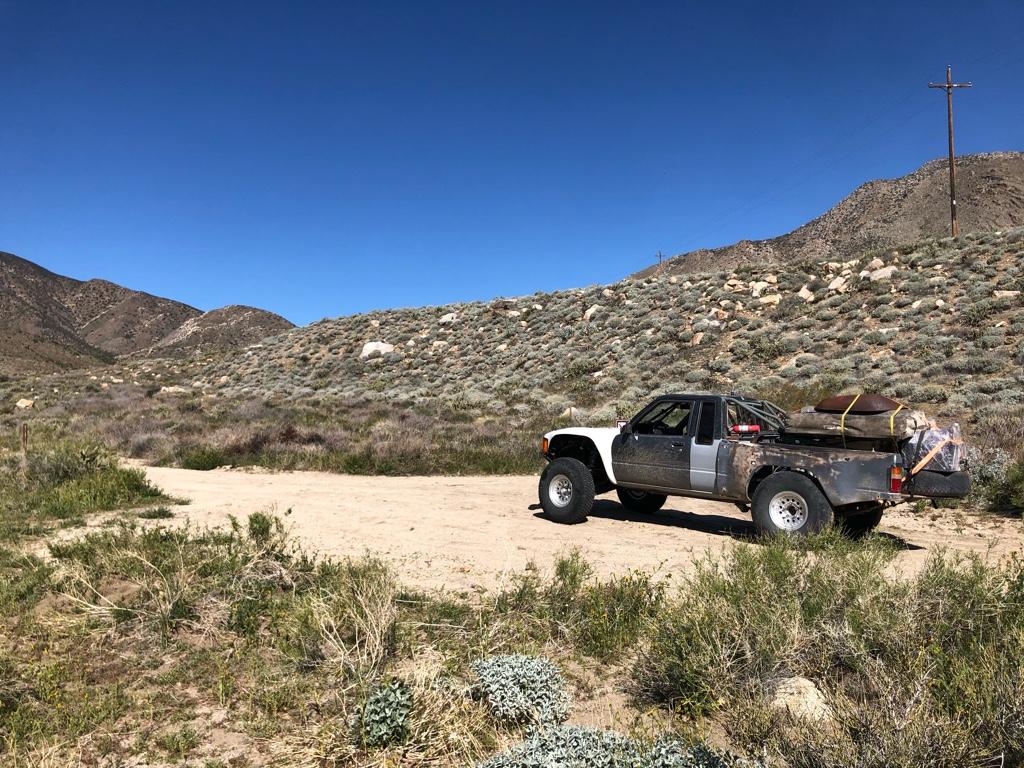 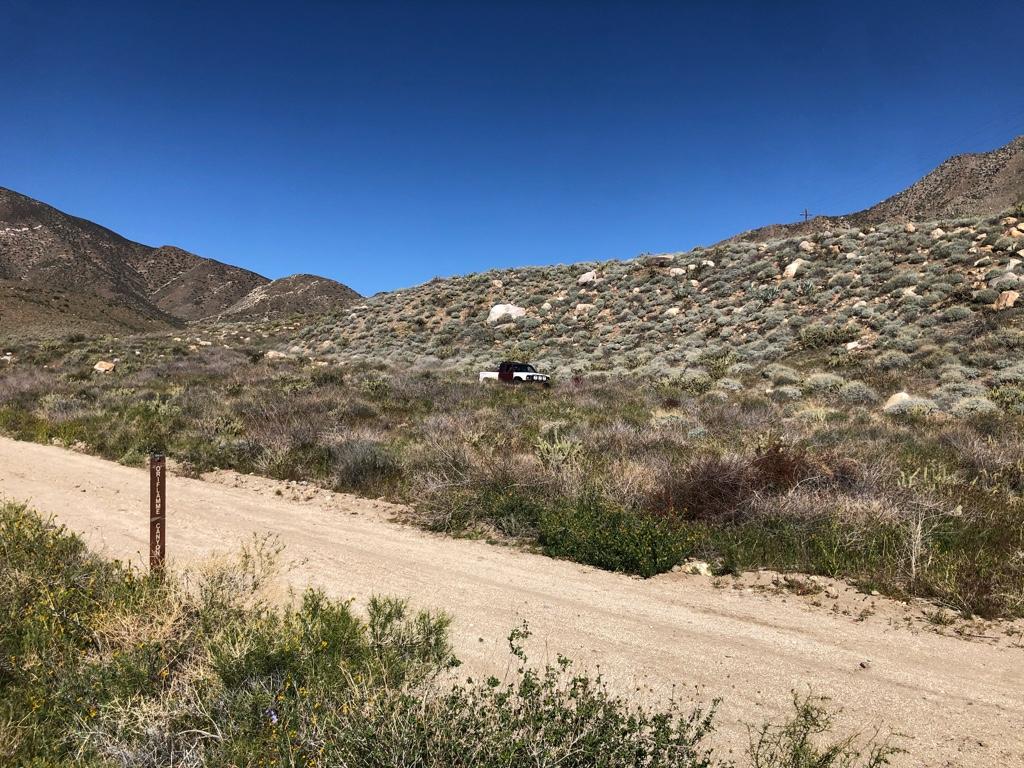 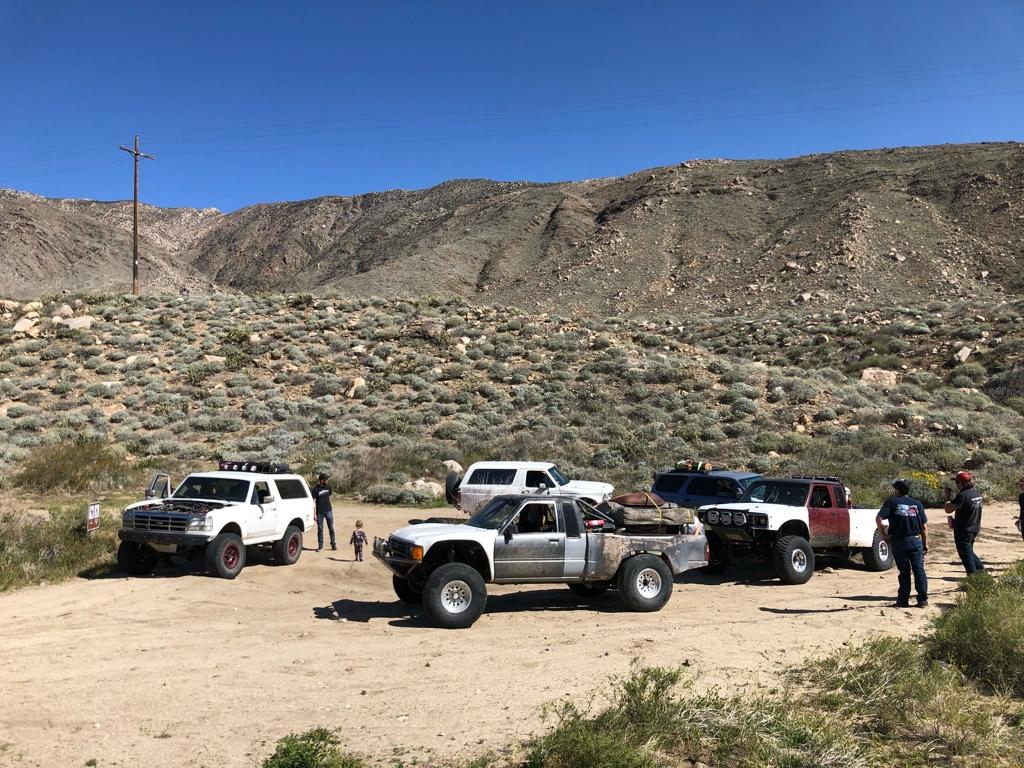 Patrik & I checked out an excellent camping spot in oriflame canyon for future enjoyment. 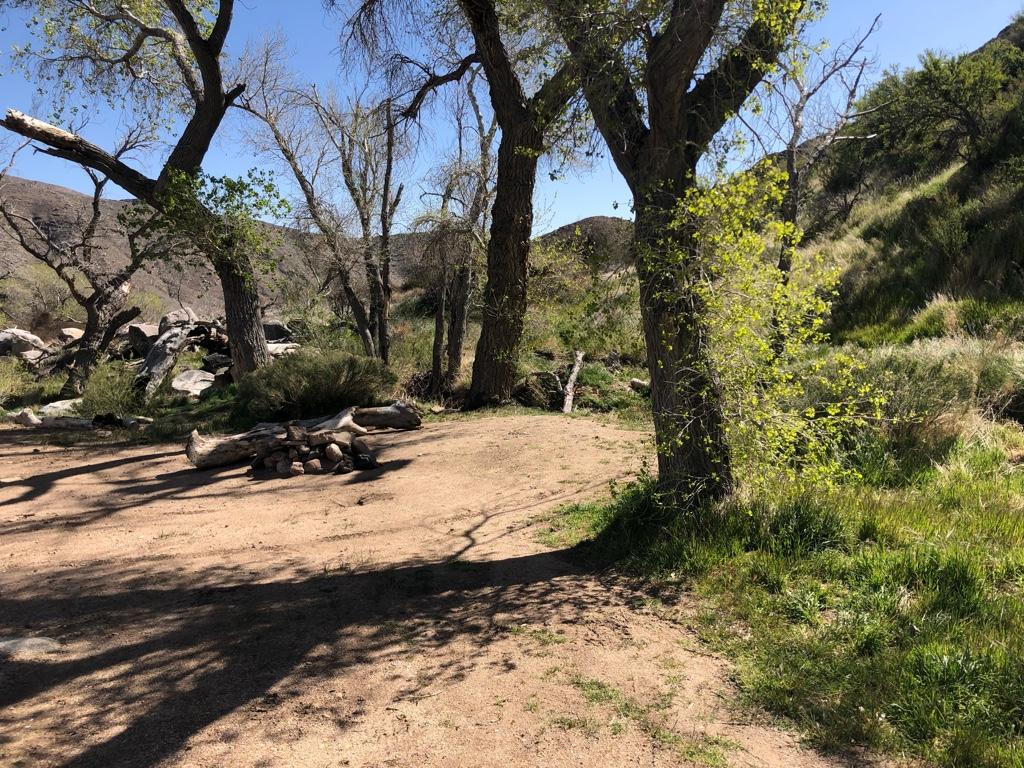 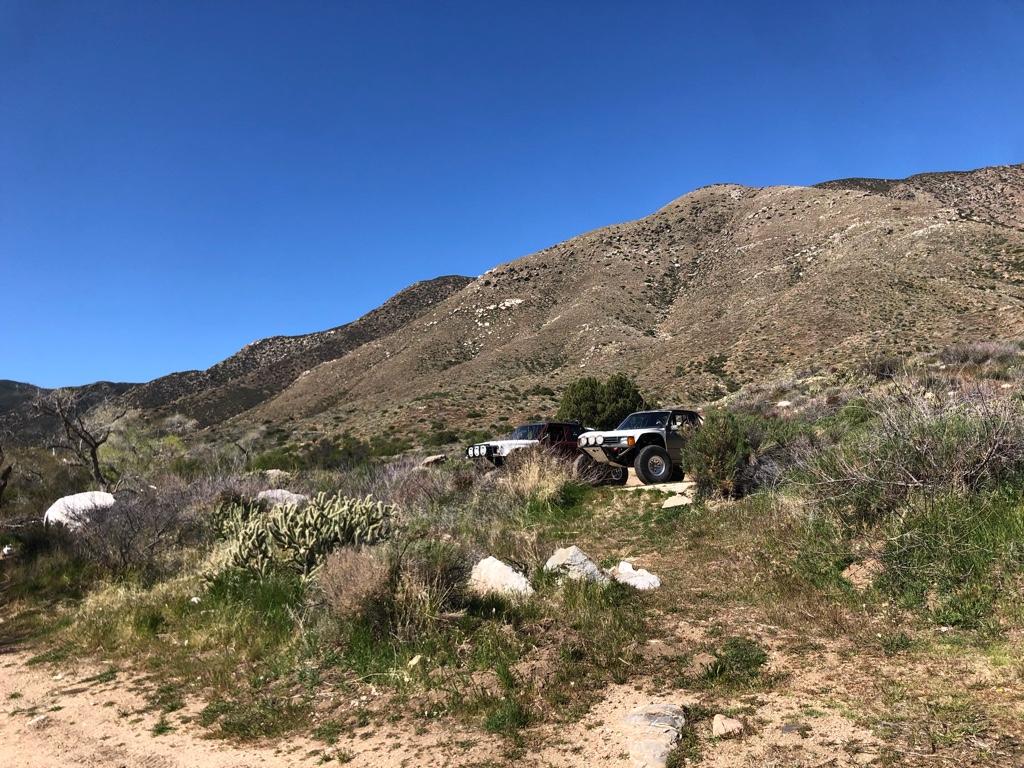 Hit a few miles of pavement on S2 once we dropped into the valley and headed to my planned camp spot off overland stage route.

Dropped off firewood and other non-essentials and headed up Vallecito Creek Rd toward the Arroyo Tapiado Mud Caves.

Shortly after our departure from the camp site, I lost boost and the Turboyota was running like absolute shit. Turns out the “mystery polymer” coupler that I botched onto the turbo a couple days before the trip shit the bed. Nooooo biiiiiig deeeeeeeal, I brought the spare egay reducer couplers that arrived in the mail the day before the trip. Patrick’s dad and I had it all tuned up and ready to rock again in like 30 minutes. There is 17lbs of shit in a 5lb bag on my truck, and my arms and hands are big and fat, so it was super nice to have an extra set of hands for the fitting swap.

Do Dah gracing us with his majestic mullet: 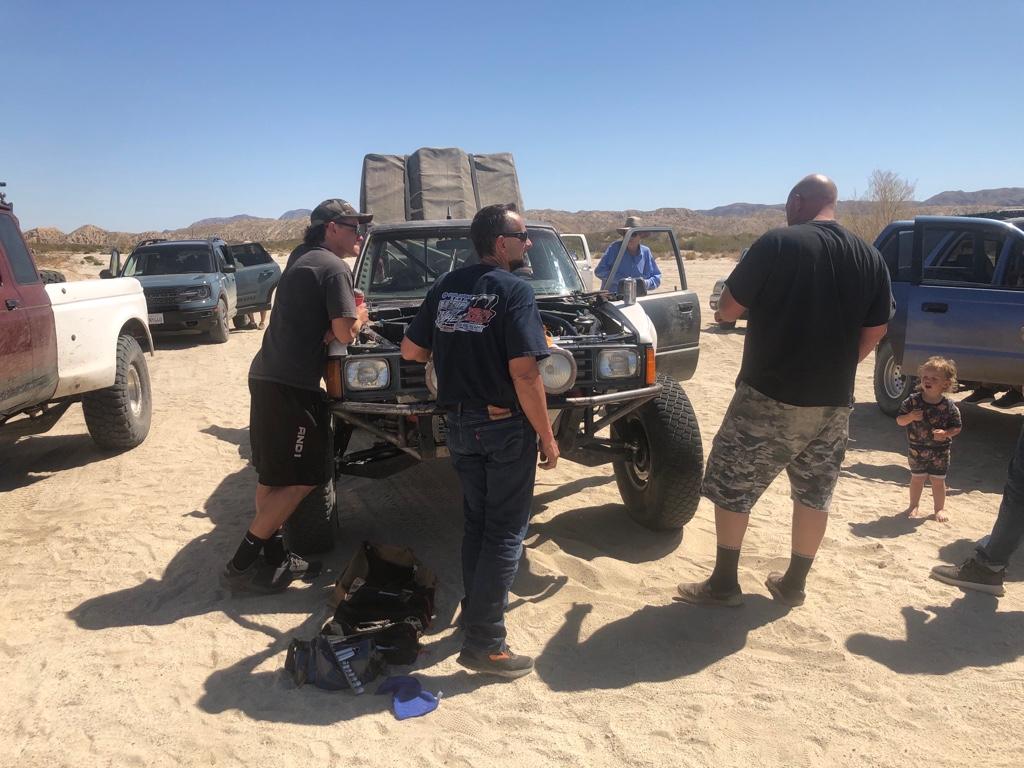 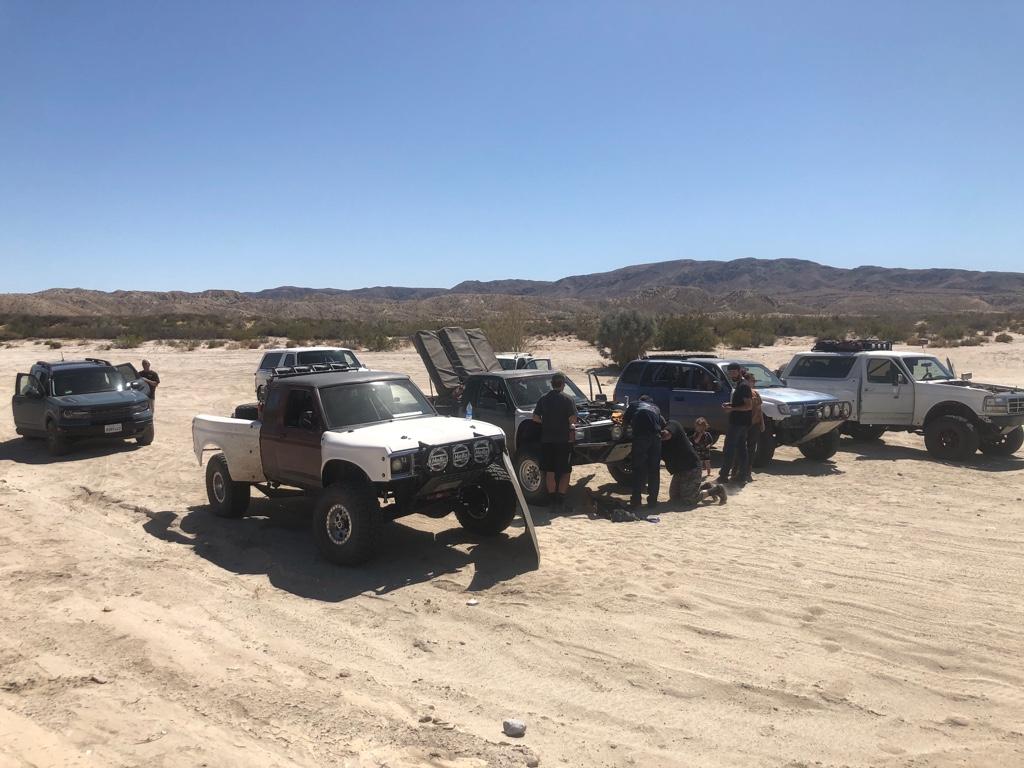 Blue coupler popped off the boost side of the turbo and melted against the heat shield and exhaust. Here is a pic for reference before heat shield. 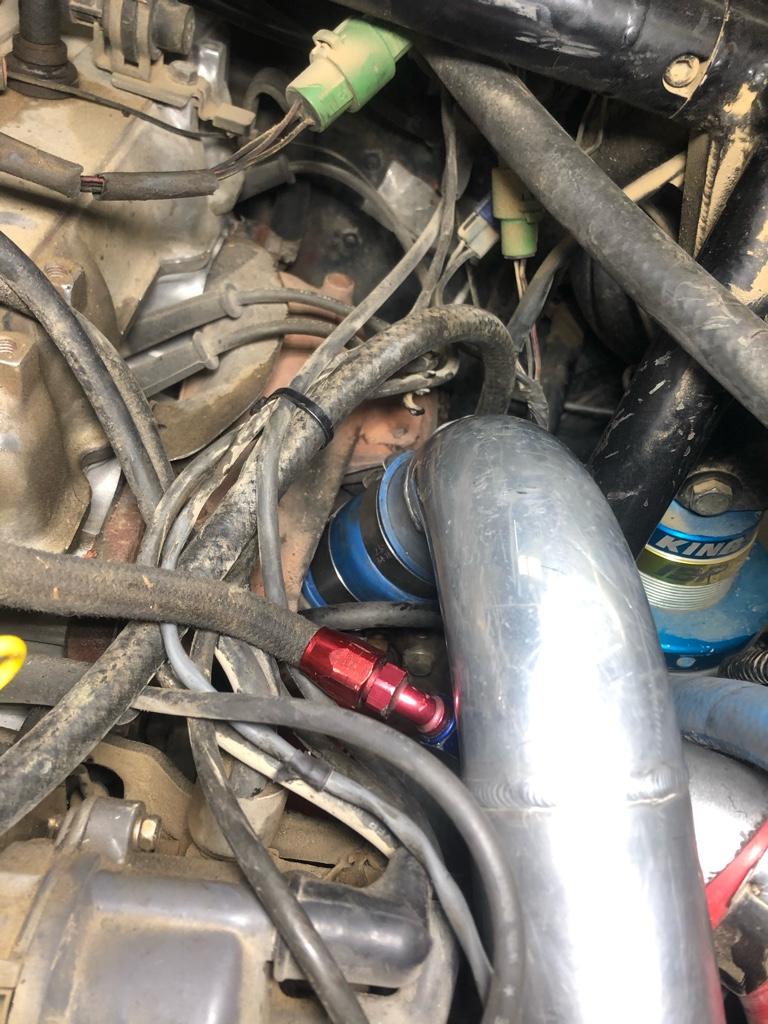 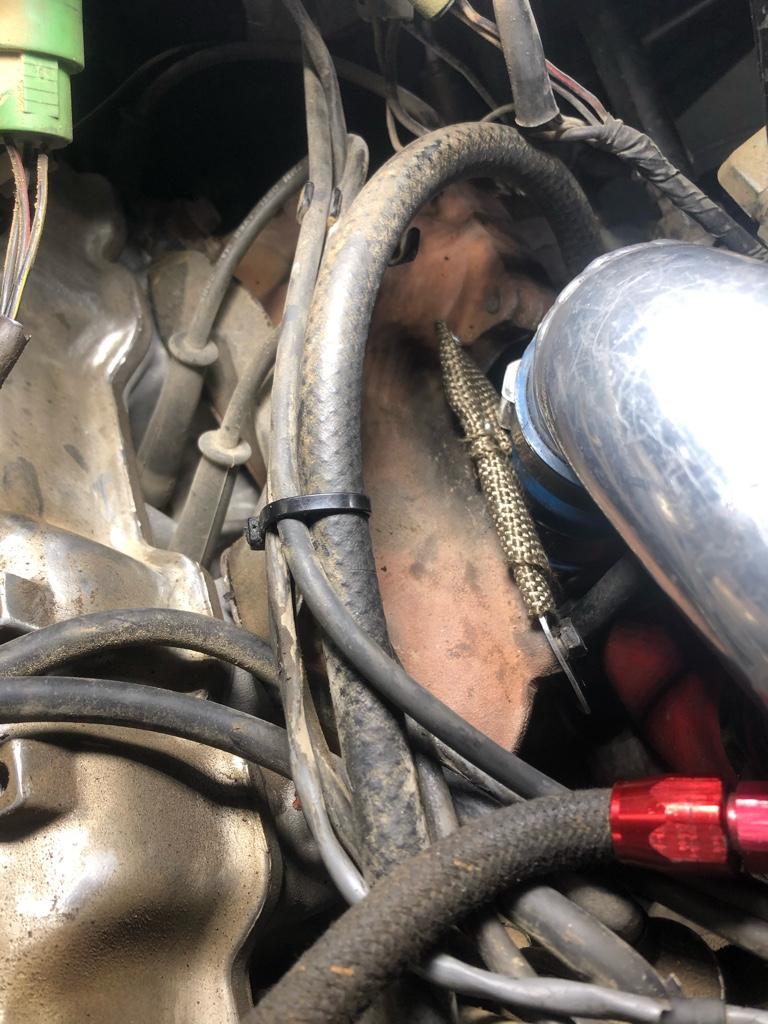 ^^^swapped that shit out for a chinee black silicone 2-2.5 reducer coupler.


Explored the Mud Caves and ate lunch, then dropped down Diablo Dropoff(pics below). And headed toward the wind caves and Split mountain rd. 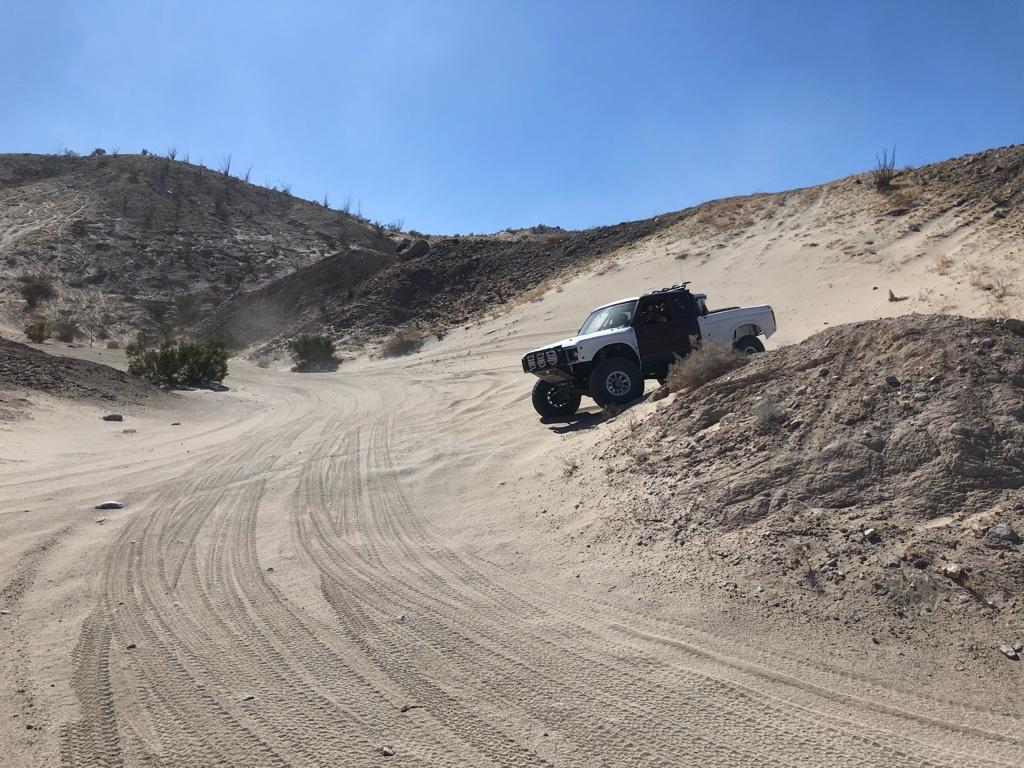 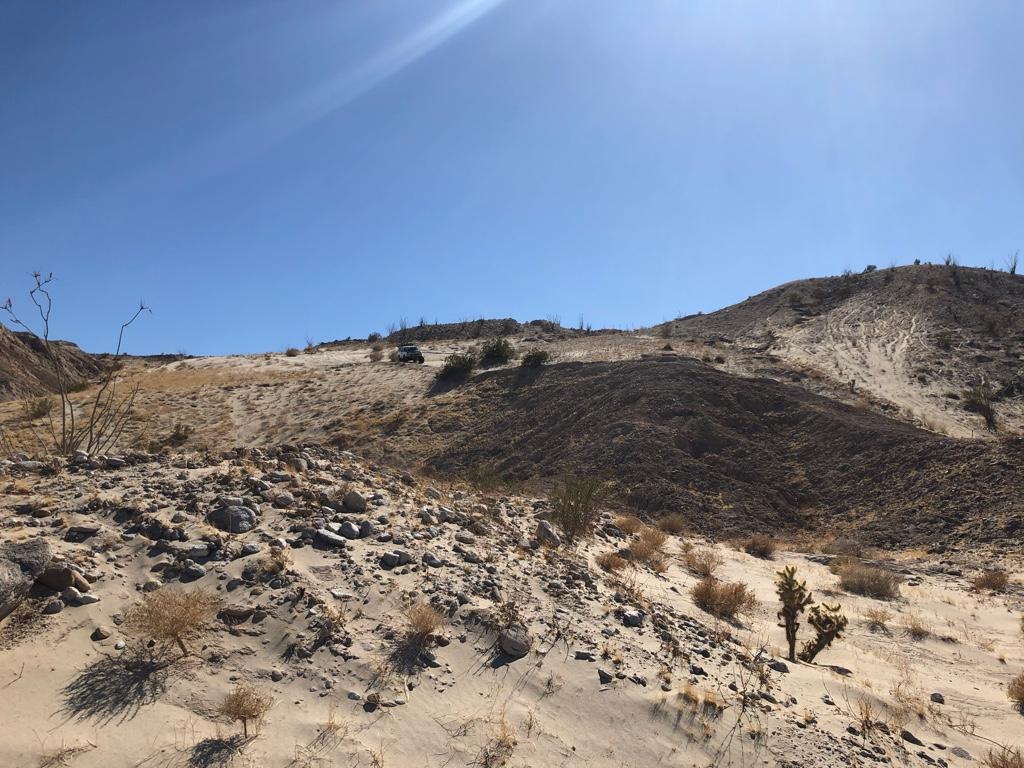 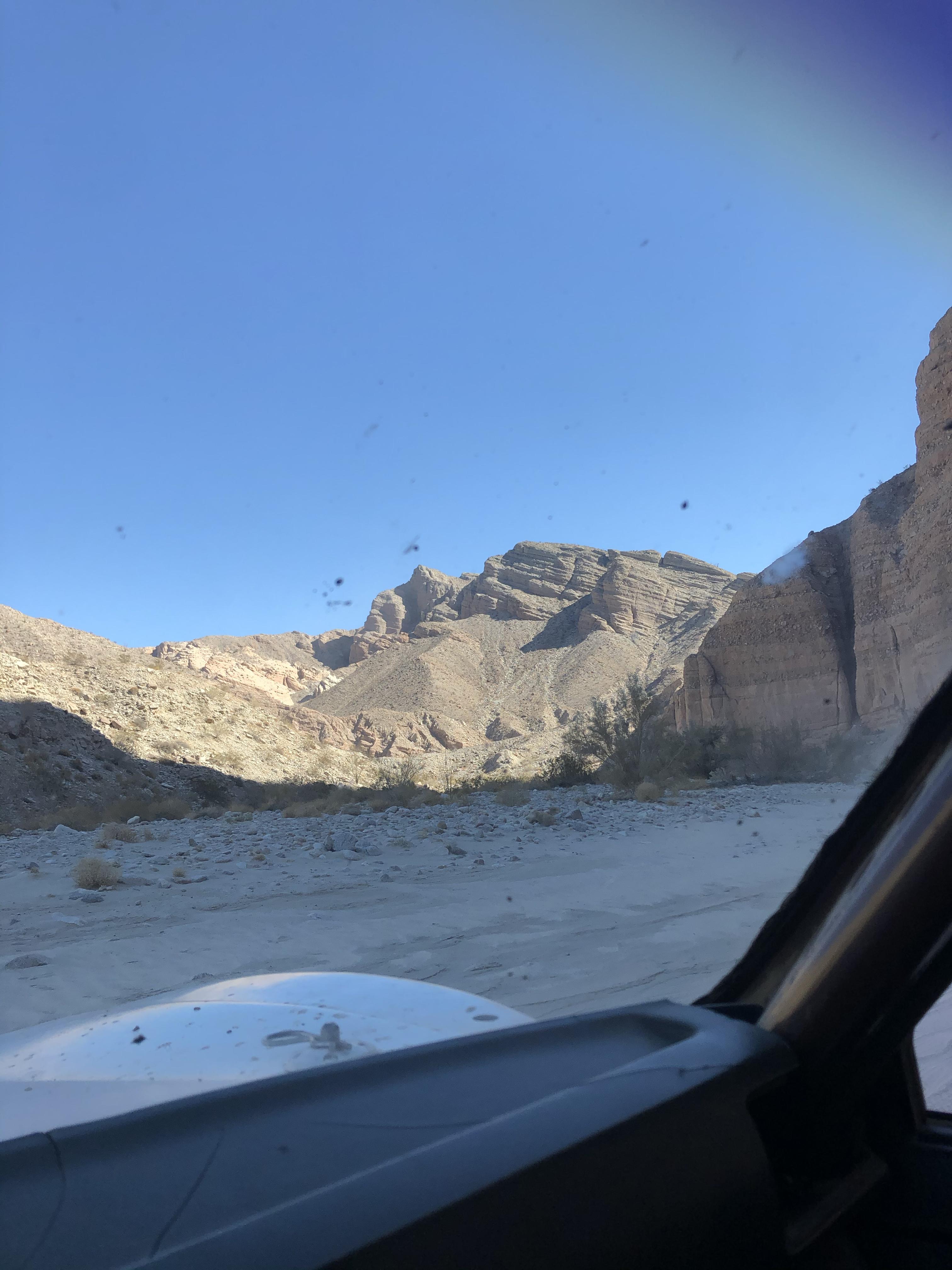 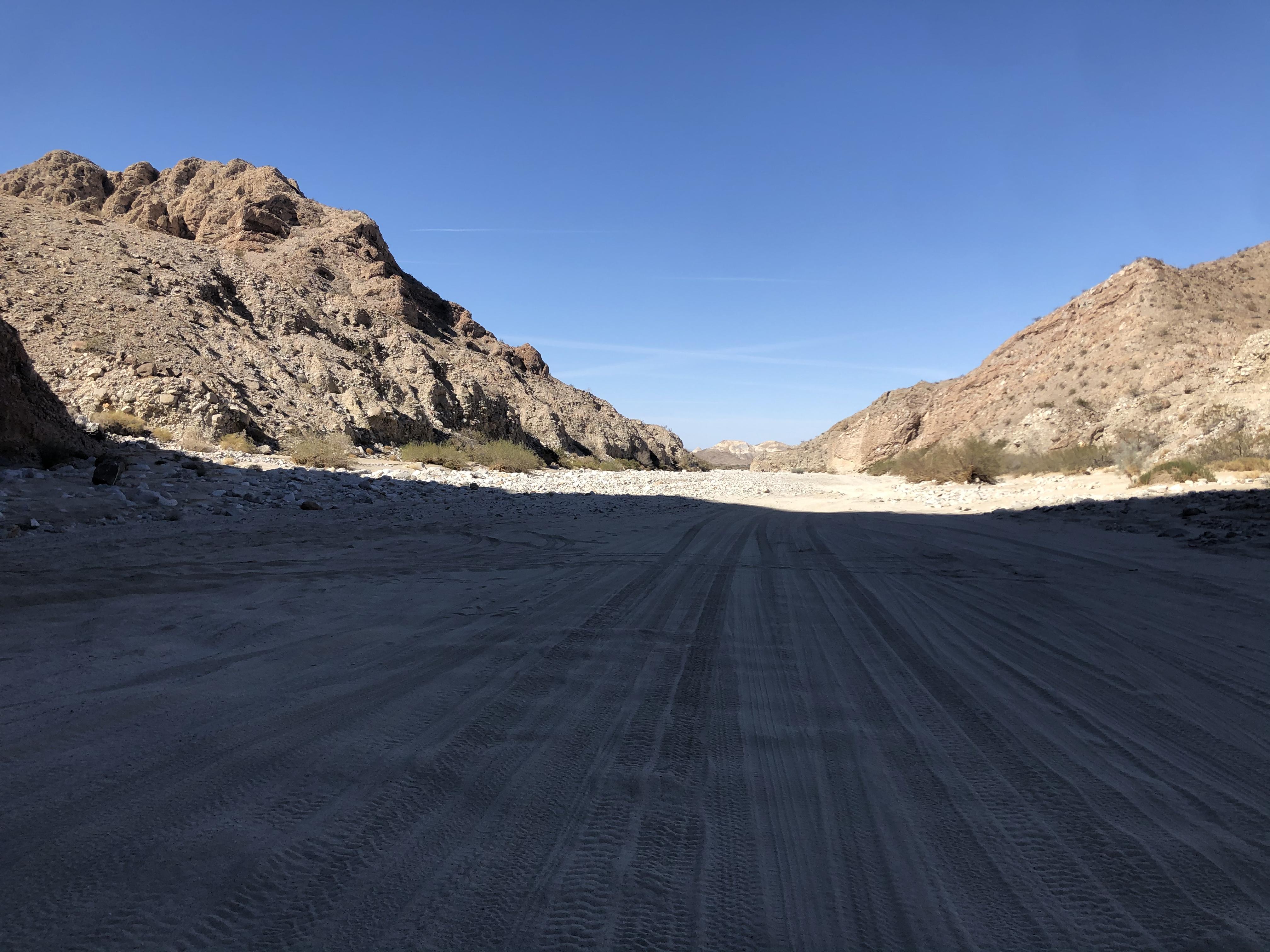 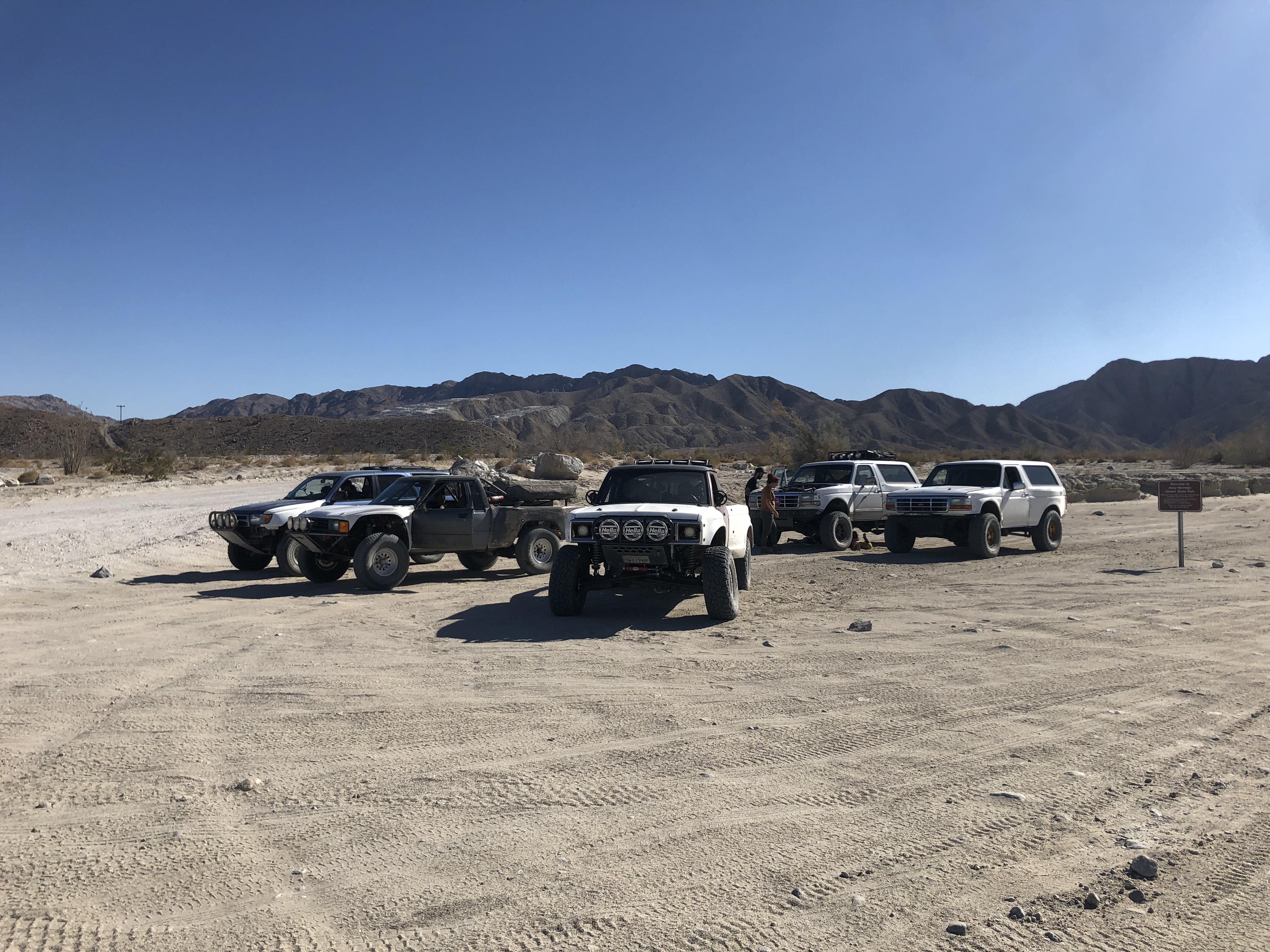 Posted up at the trestle for some liquid refreshments 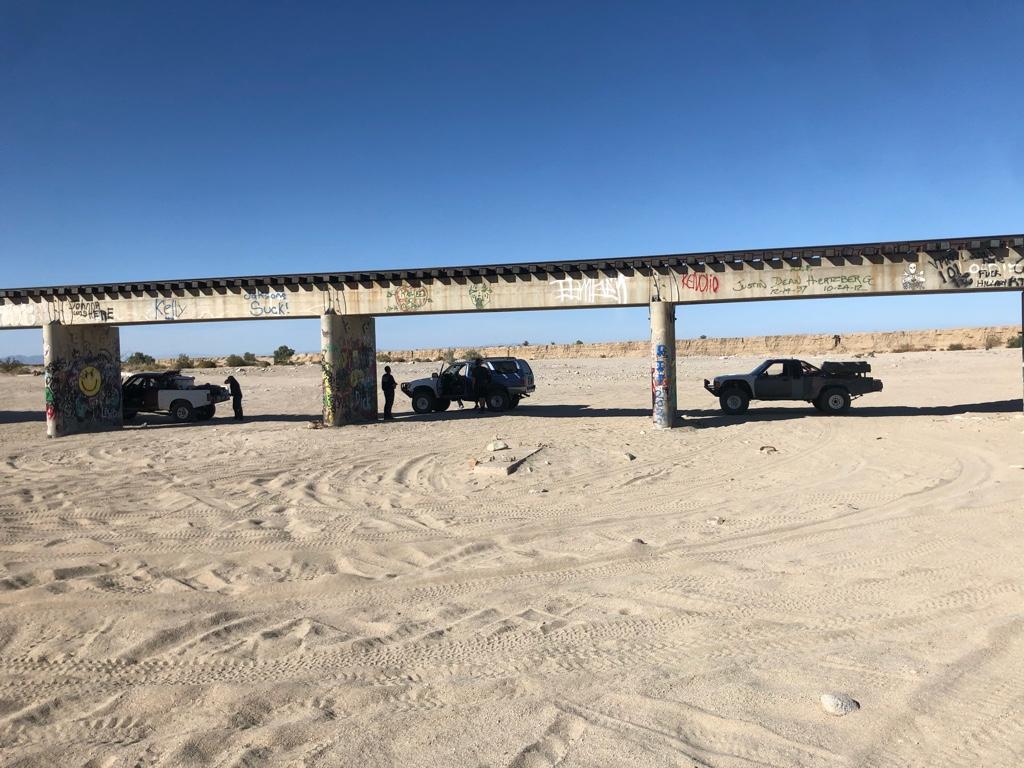 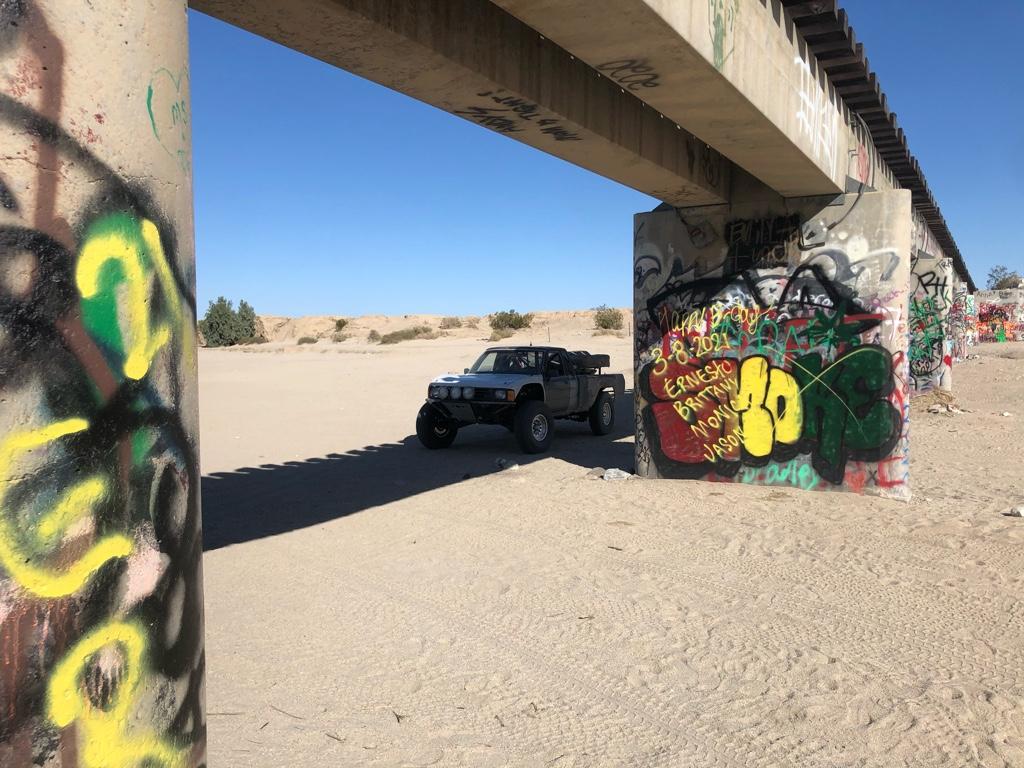 After the trestle, we rolled South through Plaster City, got gas at Ocotillo Chevron, and cruised back to camp just before dark in time to setup camp and enjoy an awesome fire until 1:30AM 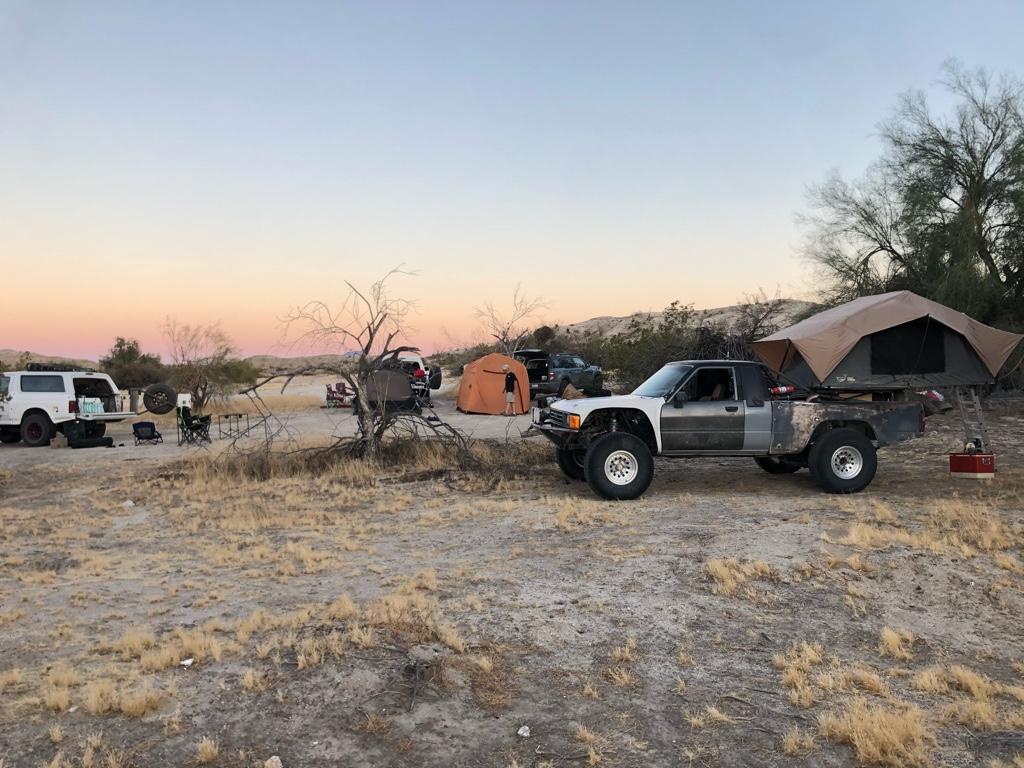 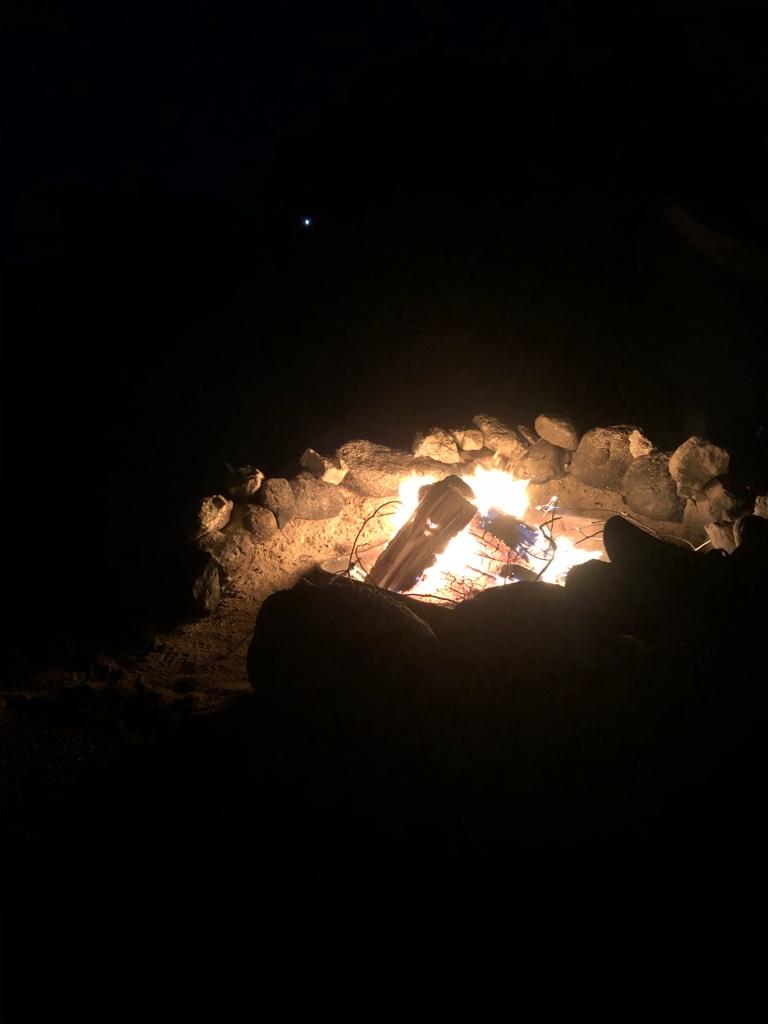 Dam rona, wish I could of made the trip!
Reactions: Turboyota

You were right by us...
Reactions: Turboyota

dam, missed another. was in the area with my truck but for different reasons. next time....text. don't rely on this site.
Reactions: Turboyota

We haven’t even gotten to the carnage report or beer tally yet!
Reactions: Jr.fab and A.J.

Turboyota said:
We haven’t even gotten to the carnage report or beer tally yet!
Click to expand...

I predict they drank all the beers and broke all the parts.
Stock tacoma and stock bronco probably only vehicles that never saw tools.

Looking forward to the rest of the story.