Hey everyone, I figured since HF has come out with their pro-sumer line up of tools it would be cool to start a new thread about all the HF stuff you like.

3 Ton Floor Jack: 10 years, and it is still going strong—Great

4.5” Grinders: broken, angrily spiked, or wore out at least 5 over the years. Verdict: absolute dogshit. Buy something else. They vibrate and fatigue your hands, switches are shitty, bearings suck, cords are bottom-of-the-barrel, motors die, I have nothing good to say.

Abrasives: even fucking shittier than the goddamn 4.5” grinders. Fuck those abrasives in the goat ass. Buy the good shit.

14” abrasive chop saw: I killed one of these about 8 years ago—motor burned up, bought the more expensive version($98) to replace it, and it was still working when I gave it away a few months ago. Base is steel, so it’s kinda cool to be able to tack weld the steel stock in place when cutting a 20degree angle or something.
Verdict: not bad, but spend money on the Evolution carbide saw instead

90 degree pneumatic grinder: Shitty. Bevel gears were noisy from the get-go, and finally pissed me off so much that i spiked that fucker

1/2” Breaker bar: good; only broke when I added a 4ft cheater pipe on it

I have heard great things about the $900 hydraulic auto feeding metalcutting bandsaw. Two of my friends have them, and have only positive things to say.

2.5hp Air compressor. Lasted a couple years. Used it for my Haas CNC for awhile until it died. Meh.

And my contribution from that thread

Impact sockets:awesome. I have the deep and shallow sets and use them regularly without issue

Angle grinders: do the job. Good to have one on hand if you need to loan it or cut concrete or something thatll destroy any decent grinder

Screwdriver set: good to keep on hand for scraping off grease/dirt/use as a punch or prybar

1/2" electric belt file: one of my favorite purchases. They took an angle grinder and attached a belt grinder that fits into REALLY small places. Replacement belts are cheap and the head rotates. The air version does not.

New Doyle pliers are AWESOME. Very high quality, little flex, great grips. Nearly identical to the MACs my dad has from 20+ years ago. I have the 8" needle nose. Bought my brother the 8" needle nose, channel locks, and slip joints. All are great.

C clamps: all sizes work ok. They flex if you really torque em down. Gold to use if you want to modify or weld to them for some reason

5 drawer cart: bought it 9ish years ago and it's no longer my primary box, but I'm still in it regularly. Works very well. I need to clean it out.

Drill sets: the ones with a lot of bits in the steel case. I bought two sets at once ($50 each) and I have about 75% of each set left after 3 years and lots of drilling.

Wrench set: works good enough for me. Bought it 9 years ago and havent messed any of them up yet.

only thing i can add to this list: dremel type oscillating tool, same as 4 1/2 angle grinder, good enough to have/loan.
They vibrate and fatigue your hands, switches are shitty, i just use mine to cut mouldings. 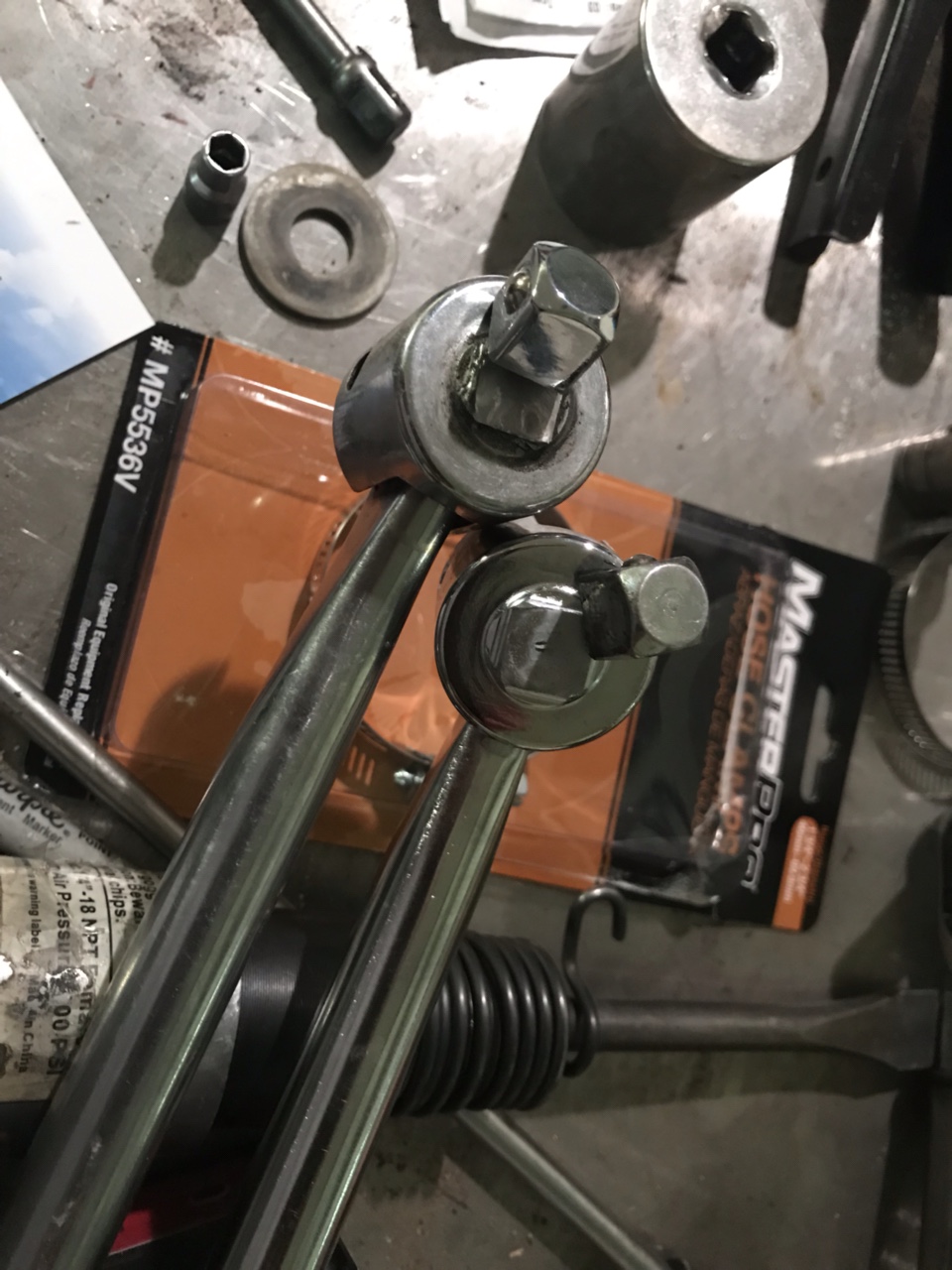 1/2” breaker bars are good for about 5-600ft lbs before the let loose. This was verified by a 700ft lbs 3/4” snap on torque wrench. It took all 700ft lbs the wrench had to get the balance bolt off my duramax. It clicked, then BAM, started loosening up lmao
W

I just bought the 3hp 1 phase compressor motor for my belt sander and it works great, easy swap from 3phase to single 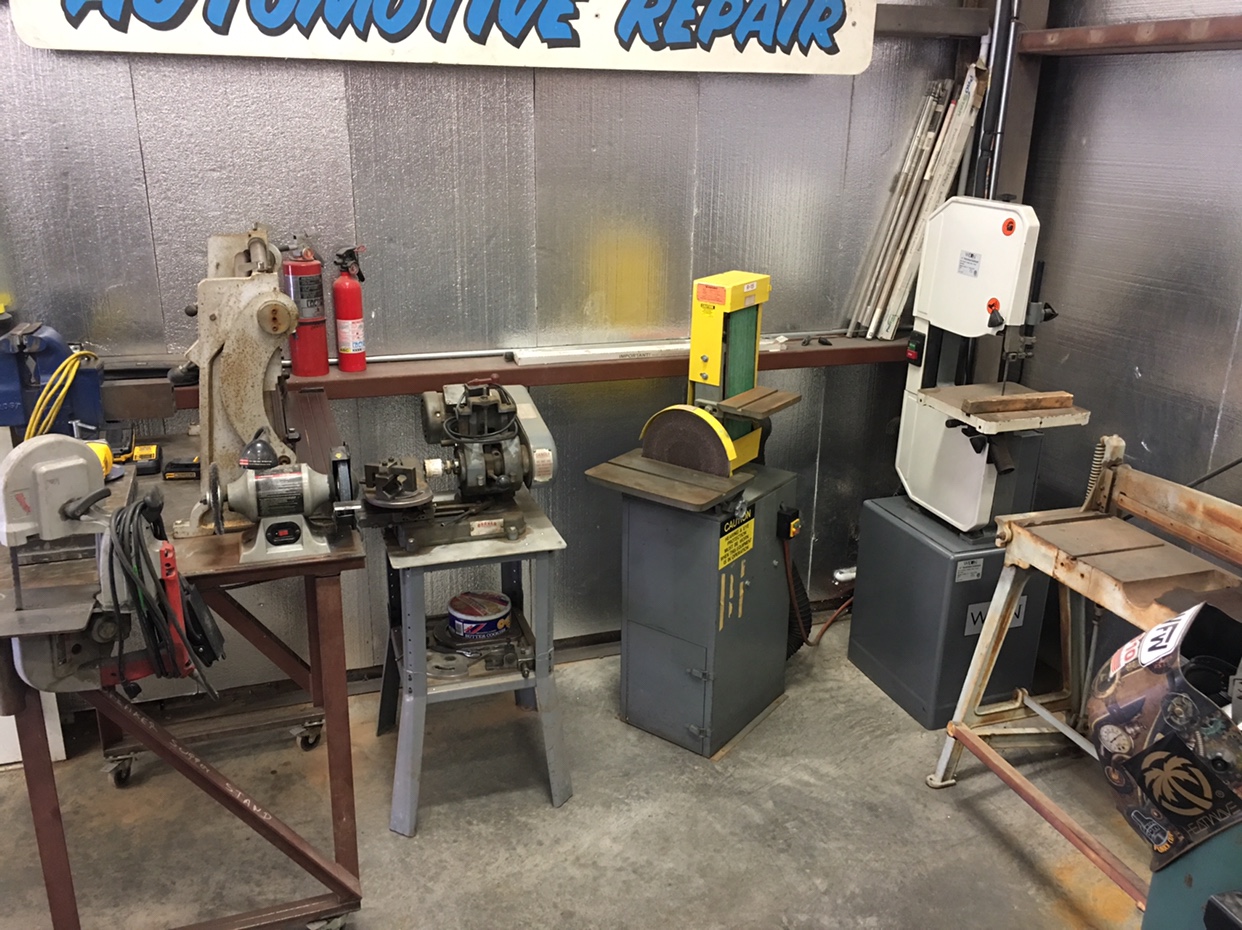 willis fab worx said:
I just bought the 3hp 1 phase compressor motor for my belt sander and it works great, easy swap from 3phase to single


Sent from my iPhone using Tapatalk
B

I have the three in one machining center. Good for small parts where tolerances can be a little loose. Good for softer steels, aluminum, and plastic. Only issue is keeping the ways adjusted. Swap out the hardware for real stuff.

Engine hoist
Engine stand
Transverse engine support
All decent enough for the money.
Hand tools are great for infrequent or hobby use. I would not use them in a professional manner. I hate busting my knuckles.

The abrasives are an accident waiting to happen. Especially cut off wheels.

2 Ton engine hoist, thing is solid. Love that it folds up.

12" disc sander, have only had it a few months but seems legit. Table is slightly hard to keep in adjustment but not a problem yet.

1hp or 3/4 drill press, stand up model it's the second one from "best". It's okay, I bought it used and has been doing well. Chuck now is rotating out of round so don't use it much. My friend has the super nice floor drill press right next to it, it is much better but also expensive.

Impact sockets, solid not one complaint.

Plasma cutter, not the best I have ever used but cuts metal.

Tube notchers, lol. Been through so many should have just bought the real deal. Bushings wear out, comes off center, clamp sucks, just not very good.

Just got the 20 ton press for christmas, don't have any experience with it but based on tons of reviews on other sites I expect no problems.

I have the Hercules impact driver and cordless drill, they are doing great but they don't offer bundles which sucks, and are close enough to name brand prices to make you think twice.

Hercules angle grinder, my makita finally died so decided to try this one. So far really good, but wondering if it will last 10 years like my makita.

Transfer punches seem okay for the few times I have used them.

Had a few of their chop saws, first one lasted forever, second is doing okay, been fighting blade drift lately.

Tool boxes, I have the black cart and my friend has their stand up box, both work really well. My black box, the lock get jammed down when you open the lid so sometimes you have to manually release it.

Trailer tounge box, the bigger one, I like it a lot. Lock is a little wonky, clamps around a threaded bolt, needs adjustment out of the box but for the 90 i spent on it I am supper happy.

Orange tie downs, love the things. Have tied all kinds of stuff down with them, never had one fail. Tied my Harley down with them as well, but did double up on that bitch.

I have their 4" drop hitch, don't use it much but seems built well enough.

Turns out I have a bunch of harbor freight shit lol.

Sent from my SM-G900T3 using Tapatalk

Also, garage journal has a "harbor freight pass or fail thread" that is insanely long, and those guys can be harsh lol.

Sent from my SM-G900T3 using Tapatalk

willis fab worx said:
As you can see I also use the bench grinder for sharpening tungsten

I use the disc sander for sharpening tungsten. I chuck them up in my drill and turn the tungsten slowly and tangentially to the spin of the disc. Leaves a decently straight grind.
D

I've had decent luck with their dovetail jig for woodworking. It didn't make the best joints, but that could also be user error.

Drill bits: I have the set in the metal box that work well enough. Bought the cheaper set in the plastic box and they're complete crap.

Have 2 of their aluminum jacks that still work, but aren't lifting every day. Both stay in the garage so no off road abuse